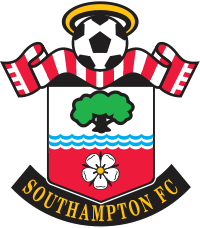 Roberto Miali has been named manager for the south side Southampton FC the decision was made during summer meeting with Cortese and another of his assistant.
The news was received with mixed responses most of which were negative, but despite the decision Cortese released a press conference stating that he stands by his decision to bring in a new manager with fresh ideas but one manager that lacks in experience.

Can he bring them above relegation? will he bring them to middle spot or even top 5 ?
stay tuned tank you for reading
Login to Quote

Neptune
7 years
Miali's first day at the club has wasted no time in looking at who is in the squad by terminating Kelvin Davies contract, the fans were not pleased with the way he treated Kelvin they said he was here for a some years and even went far to say he deserved the capt arm band ahead of Lambert.

Mr miali responded by saying in the conference that a goalkeeper with his experience and talent is always worth keeping, but on his next breath said that all tho the future will not be with him if you want the team to progress for years to come so i can either keep him and do well for the next few years or get a young up and coming goalkeeper and do half decent furthering his talents for alot longer.

But the termination did not sit well with the board as they blocked the decision so the manager spoke to Kelvin and did a mutual termination instead giving him the compensation of the remainder of the contract.
Replacing him is Gazzanigia much more younger gk at a tender age of 21.

stay tuned for there first friendly encounter with Amkar.
Thank you for reading.
Login to Quote

You are reading "Saints time to shine".