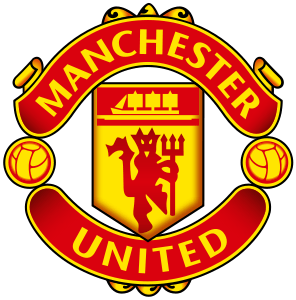 I am going to be paying as Manchester Utd. This is a story that I hope to continue with, and maybe be one of the greats? I have played on a little but not to far. The reason that I am playing as them, is only because I felt good about them, that they could be a team I will stick with, and have a great story as them.


Manchester United Football Club is an English professional football club, based in Old Trafford, Greater Manchester, that plays in the Premier League. Founded as Newton Heath LYR Football Club in 1878, the club changed its name to Manchester United in 1902 and moved to Old Trafford in 1910.
Manchester United are the most successful team in English football, having won more trophies than any other team, including a record 20 League titles, a record 11 FA Cups, four League Cups and a record 20 FA Community Shields. The club has also won three European Cups, one UEFA Cup Winners' Cup, one UEFA Super Cup, one Intercontinental Cup and one FIFA Club World Cup. In 1998–99, the club won a continental treble of the Premier League, the FA Cup and the UEFA Champions League, an unprecedented feat for an English club.

Who am I Playing as?


The manager of this mighty club shall be myself. I wasn't going to do a story on this save, but i changed my mind so the manager is not anything special, but hopefully my story is.

This is what my squad will look like up until January: 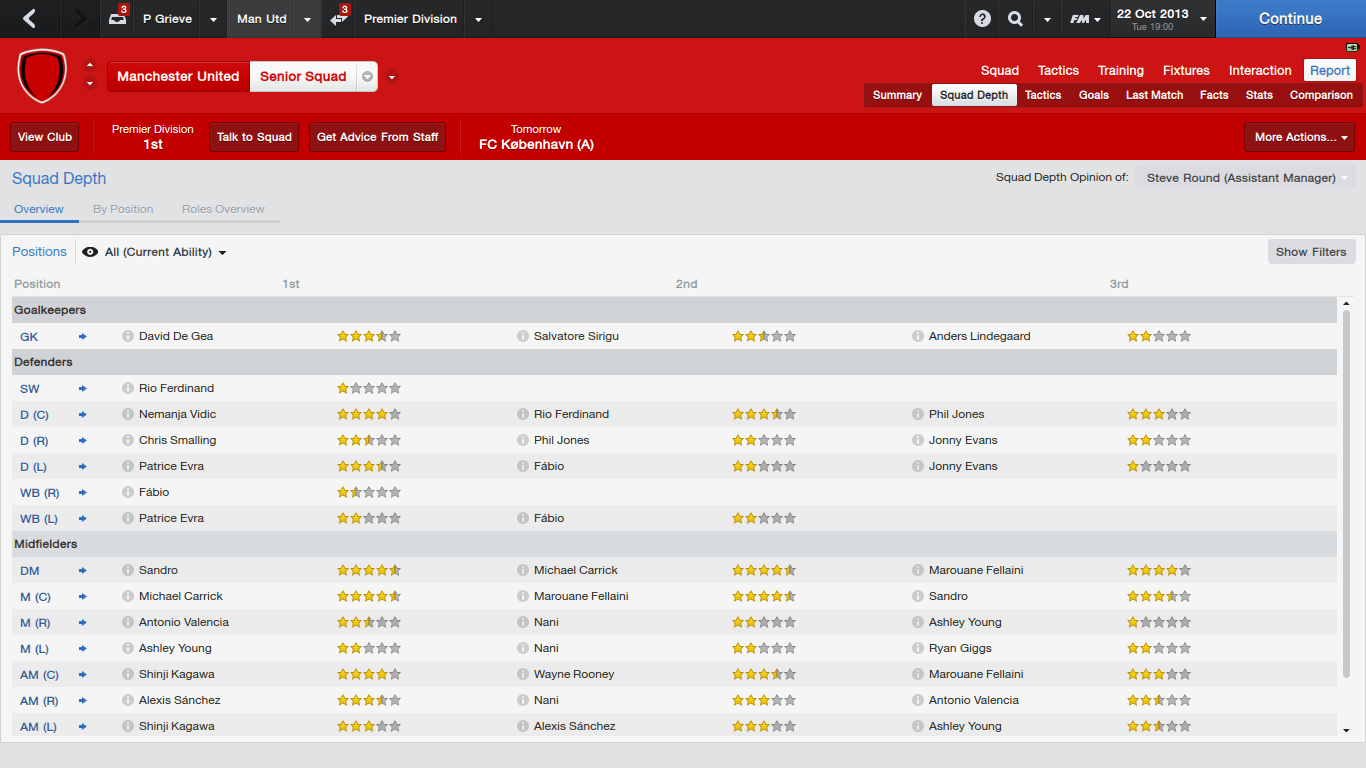 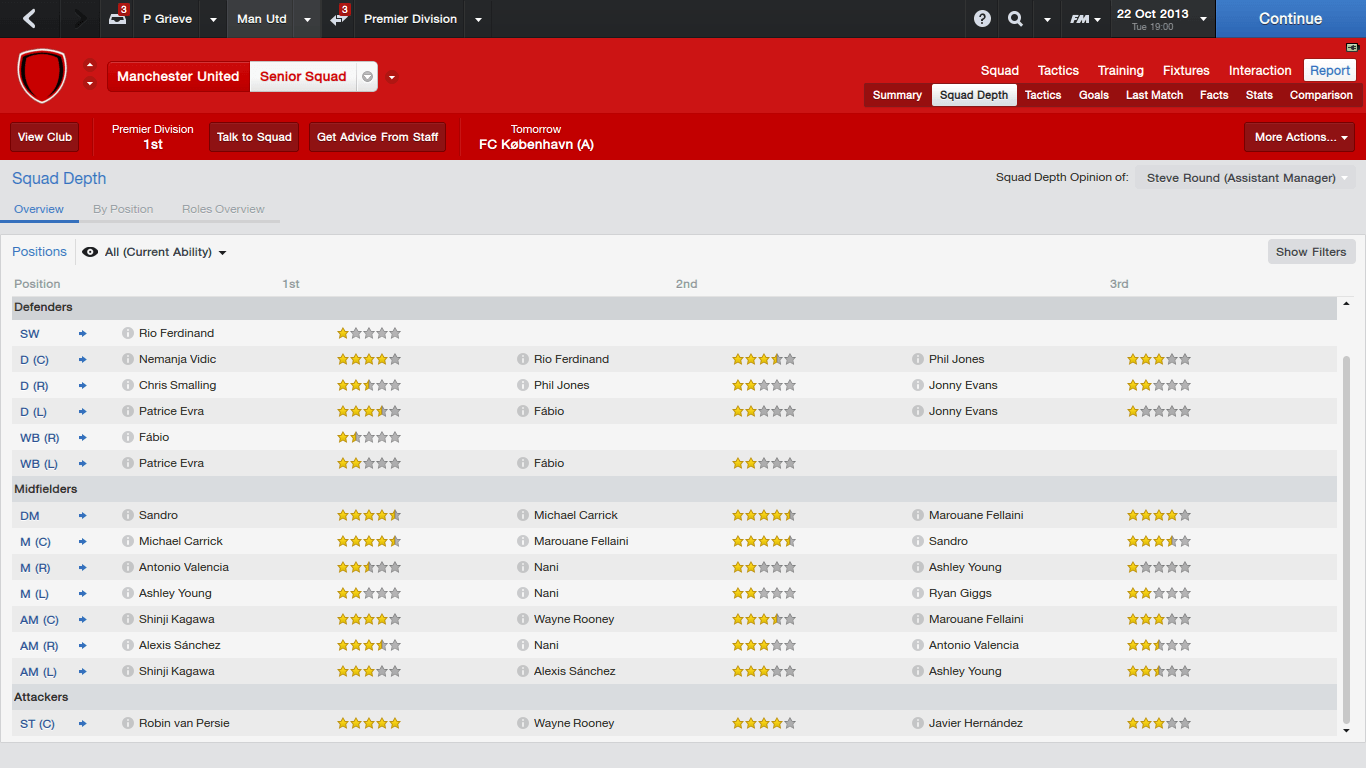 As yous can obviously see I have made my self a couple of Signings : These signings have been incredible for myself, and also the club.
My Transfer activity: 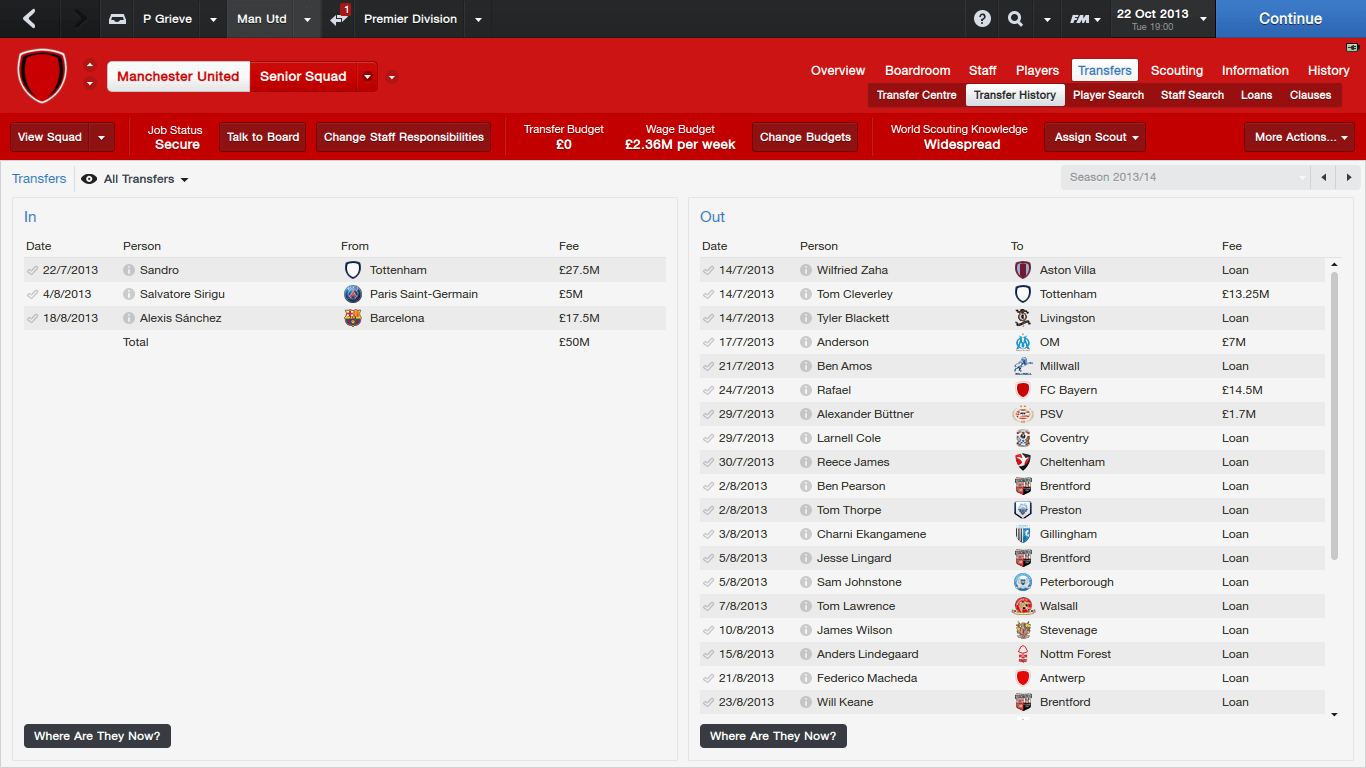 Josh_MU
7 years
Sanchez is a great signing but IMO you should have kept Rafael, develops into a great right back.
Login to Quote

PJGrieve7
7 years
Josh: Thanks for the support, and you'll just have to wait and see. Also Sanchez has been great, kicked Valencia out of the starting XI. I think i made the wrong decision in selling Rafael, but the defense are doing well without him.
TK69 Thank you very much :p
Login to Quote


Thanks!
Login to Quote

Pre -Season was very good. Got some great results especially against Dortmund. I tried and I experimented with a vary of my players, and tactics through pre-season. Quite a few young players were played through out pre-season. The lads could have gotten a better result against Gladbach I think, but it doesn't matter, the lads put in a good performence. Also could have gone better against Juventus but it doesn't matter now. The tactics that I chose for the team have been great, they have adapted to it brillianty and look raring for the season ahead.
Login to Quote

This month was probably my most important so far. I had to make a great impression for Ed Woodward, and the Glazers so they have faith in me.

Manager of the Month: 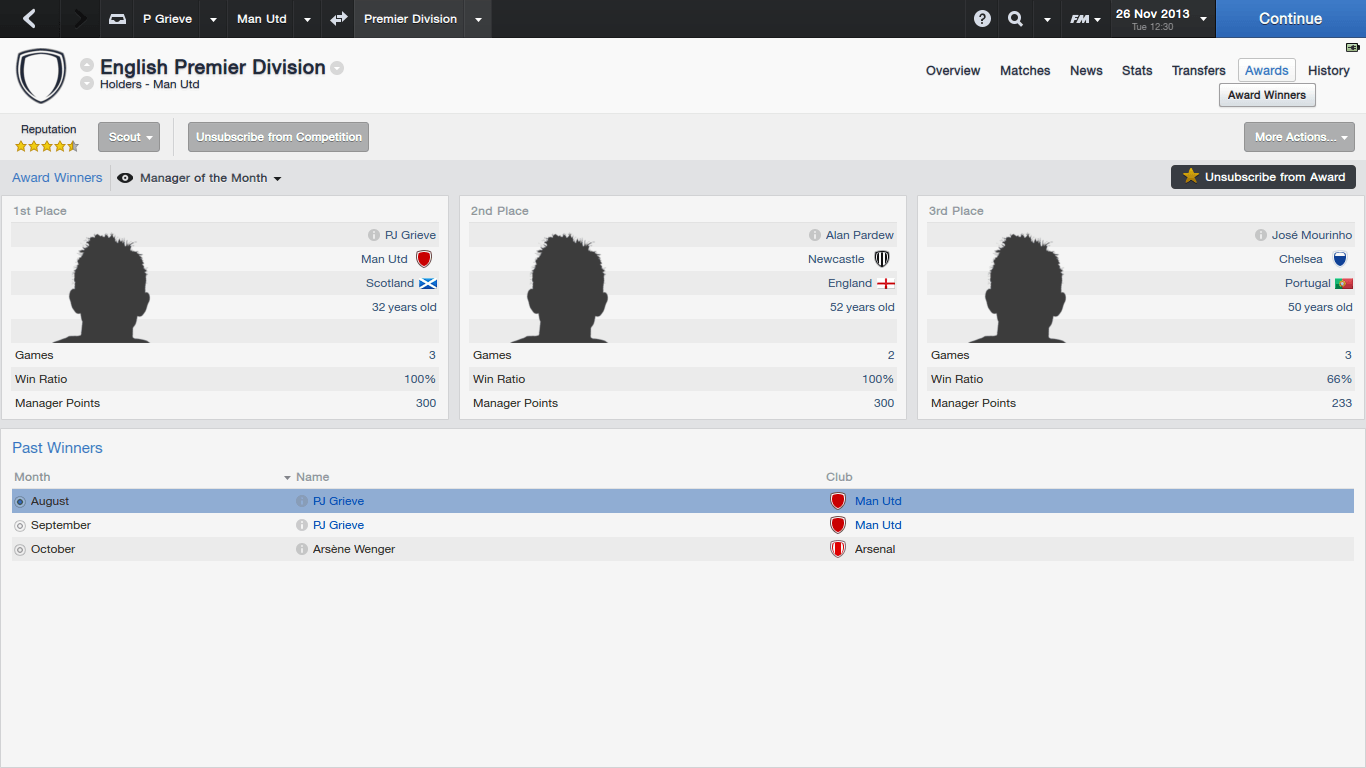 Really pleased to have got manager of the month in my first competitive month as a manager. The lads done great and I'd like to thank them as much as anybody!


My first competitive game as Man Utd manager so me and my squad come up against FA Cup winners Wigan Athletic in the Community Shield. We dominated the game until the 90th minute, having 34 shots, and only scoring one goal. Alex McCarthy had a great game, but couldn't stop a magnificent strike from Wayne Rooney. The Man City result was brilliant, I was thrilled, the lads played great, dominated the game the whole way through. My name was getting chanted from the crowds, it was great! The Hull game should have been about for or five, the lads were still struggling to find a decent scoring form, but we won so who cares?! The last game of the month ended with a great win against Crystal Palace, putting three past the keeper. This was a great start to my Manchester United career.
Login to Quote

You are reading "Manchester United - A New Era".