This is my first attempt at writing a football manager story, so feedback would be appreciated. I hope this entertains a few of you. The reason I’ve chosen Milan is because Italian football has fallen off the pedestal over the past few years, Milan aren’t the European force they once was. Lets make them European giant once again.


To make A.C. Milan the most successful club in world football!


Clarence Seedorf has announced that he is ending his playing career to become the new head coach of AC Milan. The Dutch midfielder, who is in his second season at Brazilian club Botafogo, was the leading candidate to replace Massimiliano Allegri, who was sacked on Monday. Considering my relationship with the (Milan) president (Silvio Berlusconi), when he called me yesterday I couldn't say no after 10 years spent there (at Milan),' Seedorf said in a press conference on Tuesday at Botafogo's headquarters in Rio de Janeiro.

Matt6320
9 years
Great start to the story!
Login to Quote

A.C. Milan have completed the signings of Japanese international Keisuke Honda from CSKA Moscow and Eduardo Salvio on loan from Benifica


Keisuke Honda signs from CSKA Moscow for a free. The 27 year old cultured midfielder will boost the attacking deparment of Milan.He signed a 4 year deal with club with salary of 44K pound per week. He will join Milan on 1/1/2014. 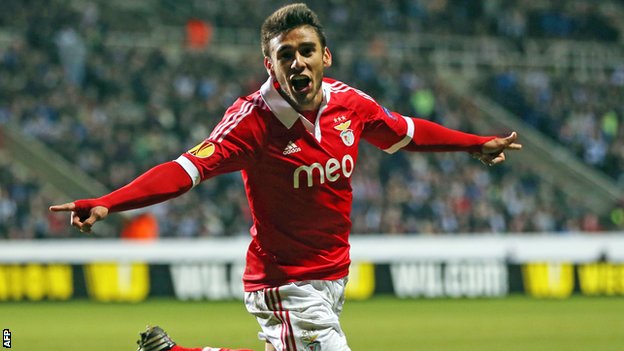 Eduardo Salvio appeared 5 times for argentina and still he has to score. He has 23 U20 appearances and scored 6 times. The 23 year old attacking left midfielder has potential to become a future star for this club.
Login to Quote

7' Clasie
Man of the match

Man of the match

Mario Balotelli and Stephan El Shaarawy are key players in friendly. A solid pre-season for us overall, despite not playing the most challenging of teams, excluding Bayren Munich. Still, we can only beat what is placed out in front of us, as we did for 5 out of 6 games. I was impressed with the quick integration of the new players but I sense we don’t quite have the right formation just yet ahead of the new season.
Login to Quote

A.C. Milan Robinho put pen to paper on a luacrative 4 year deal worth 23000000 pounds.
Robinho 29 year old flamboyant striker has signed a contract extension with AC Milan just days after a move to Santos fell through. Robinho had hoped to return to the club where he started his career, and Milan were open to the deal to allow the player to move home to Brazil - but Santos pulled out of talks when it became clear they would not be able to finance the transfer.

The 29-year-old, who moved to Milan from Manchester City after also playing for Real Madrid, had fallen out of favour with Milan last season but has now committed his future to the club.


A statement published on acmilan.com read: "AC Milan announce that Robinho has extended his contract to June 30, 2017."
Login to Quote

A.C. Milan will play AS PAOK Salonika in the Champions League best placed playoff. A.C. Milan have been drawn as home team in the match so the first match of the series will be played at San siro on Tuesday 20th August 2013. Unlike their opponents, A.C. Milan do have history in this competation, having lifted the famous trophy on no less than seven occasions. The current holders of the competation are FC Bayren Munich.
Login to Quote

Clarence Seedorf will make his head coaching debut when A.C. Milan takes on AS PAOK Salonika at San Siro on Tuesday. Seedorf will quickly discover the weight of expectation that comes with managing side like A.C. Milan and his learning curve will almost certainly be a steep one. Around 64,000 tickets are expected to be sold for the Champions League best placed playoff first leg clash on Tuesday.
PAOK fans have travelled some 1.235 kilometers from their native Greece to Milan in Italy ahead of their first leg match against A.C. Milan, a match they are expecting to lose heavily but will nonetheless dream of a famous win for their team.

2-1 home defeat against AS PAOK Salonika pushed the chance of playing Champions League group stage in danger. Despite having more shot on target i.e. 14 than PAOK i.e. 4 they are defeated.
NovaSPOR FM94.6 chose the main focus point for the conference with journalist Sakis Makrys Asking, "Playing in front of your home fans, you must have been hoping to build a solid platform for the second match of the series. Isn't that result a huge disappointment for you then?"
Seedorf responded calmly, saying "I wasn't happy with the performance today at all- now we have to go away and try to save the match."

A.C. Milan fans are gearing up for a trip to Salonika where their team will meet PAOK in the return leg of their Champion league playoff. A.C. Milan supporters will be hoping the trip ends with a positive result for their team, a result which most expert believe is a forgone conclusion. A.C. Milan have tough task ahead of them in the second match of the series after they suffered 1-2 home defeat in series opener.


Flamboyant striker Mario Balotelli gave A.C. Milan the lead with an effort from range in 44th minute. Winger Eduardo Salvio completed the scoring for A.C. Milan with a deftly executed finish from close range in 55th minute. It was a superb solo effort and Salvio looked delighted.

Kevin Constant put in a player of the match performance during A.C. Milan's 3-2 Champions league best placed second leg aggregate win over PAOK this evening. The defender looked in played fantastically, distributing the ball well and led the line well with some committed defending. The left back's impressive timing of the challenge was very much evident in this impressive display.

A.C. MILAN PLAYER OF THE MONTH

Kevin Constant became the key player for A.C. Milan. Two back to back Man of the Match performances makes him the player of the month for A.C. Milan.
Login to Quote

Slid3Tackle
9 years
Congrats for the qualification! PAOK was close to make a big surprise!
Login to Quote

You are reading "A.C. MILAN : THE COMEBACK".