Leicester City Football Club have today sacked their manager Nigel Pearson after their failed attempt in the play-off semi final against Watford. The news has sent shock waves around the Leicester fans and are unsure who the owners will now bring in to replace Pearson and get them back into top flight football.

Rumours are that fan favourite and Leicester legend Gary Lineker and Alan Birchenall are in the owners thoughts. The owners have said that the appointment of the new man in the hot seat will be a big surprise to everyone and have asked the fans wait patiently.

Leicester going into the new season looking for a top half finish in the Championship but many fans will be hoping that whoever the new manager is can take them one step further and get the club back in the Premier League.

Stay tuned to see who Leicester City appoint as their new manager.
Login to Quote

DarylG
6 years
AAN: Thank You mate!
Tyler69: No mate he isn't. He is at Bolton these days.
Login to Quote

BREAKING NEWS: Leicester City fans today was left confused and a little disappointed with the arrival of new manager Daryl Glover the long-time Leicester fan was surprisingly announced today as the man to take control for the upcoming season. Daryl Glover never managed at this level has been given a 1 year contract.

Leicester City had this to say: Today we are proud to announce that Daryl Glover will be in charge for the upcoming season this may come as a surprise to most fans but please bear with us and give the new man time. We have had a long chat with Daryl and we both have the clubs best interest at heart and both want to see Leicester back in the Premier League and we firmly believe Daryl is the man for the job. 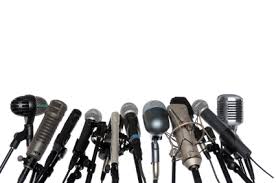 Journalist – You sit here today as the new manager of the club you have grown up supporting how does that feel?

Daryl – It’s a special day for me and I’ am very happy to be sitting here and in charge of the club I love.

Journalist – This came as a shock to many if not all Leicester fans does this worry you that the fans may not be behind you from the word go?

Daryl – I think the fans will get behind me they want the club to get promoted as much as I do and with the style of football I’m going to bring to this club I hope to do that with in the next 2 years. All I have to say to the fans is please get behind me and have confidence in what I’m about to start here.

Journalist – Do you have any players in mind you would like to bring in this summer?

Daryl – I think every manager always wants to bring players in and improve his squad and I’ am no different over the next month I’ll be looking into new players to bring in.

Journalist – Wes Morgan the current club captain is receiving huge interest from Celtic what do you make of this?

Daryl – Wes is the centre of this team and a fantastic footballer but he will remain a Leicester player. We have sat and had a chat already and he will be staying here.

Journalist - Thank you for your time Daryl and good luck.

Daryl - Thank you I' am sure we will speak again soon.
Login to Quote