After an ongoing dispute with Hull City chairman Assem Allam, the club have decided to part company with manager Steve Bruce. The dispute was allegedly due to Bruce’s long term vision for the future of the club, and the differences between the two as characters. The fans reaction to the news was understandably not a good one, with Bruce not having chance to prove his worth to the club in the Premier League after having returned Hull to the promised land at the first time of asking, and fans believing he was the right man with a good showing in a tough Championship. His summer signings were believed to be the foundation he was building upon but it was not to be. We now all wait upon a decision from the chairman, for his sake let’s hope that it is the right one, after he already rattled the fans’ cage with his proposed name change from Hull City AFC to Hull Tigers.

In a statement released on their website (www.hullcitytigers.com), the Humberside club said: "The Board of Directors at Hull City AFC have relieved Steve Bruce of his duties. A new first team manager will be appointed in due course."
The press have been speculating as to who will take over the club, with the favourite being Alex McLeish, Roy Keane, Terry Butcher and Nick Barmby leading the chase. The decision stands with Allam and we expect a decision within the next week or so.


Today Assem Allam has announced Hull City legend Dean Windass as the new manager of the club, Windass started his career at the club as a youth player but was released by then manager Brian Horton, although he was brought back in 1991 by Terry Dolan and went on to score 64 goals for the tigers before he was sold for £700,000 to Aberdeen during financially troubling times for Hull, he then went on to play for Oxford, Bradford, Middlesborough and Sheff Utd before returning to his home town club in 2007. Upon his return to the club he regained his cult status he previously had at the club as his 8 goals helped save the club from relegation and kept their status as a championship club. Windass scored his 201st league goal in England in the Championshop Play-off final at Wembley Stadium on 24th May 2008, it was the most significant goal in the clubs history. A stunning volley in to the top right hand corner of the net which sent Hull City in to the top flight for the first time in the clubs history. His goal was estimated to be worth £60 million to the club because of Premier League television rights gained. He had predicted scoring the goal several weeks earlier: "When Phil Brown left me out against Sheffield United this year, I weren't happy about it. He said to me, 'You will play a major part.' And I said, 'I will score the winning goal to get you in the Premier League.’”

Speaking about his appointment, he said "I'm really looking forward to the challenge ahead. I'm going to bring my energy and enthusiasm to the club," he told reporters. "I'm a very positive manager. I want to play a good style of football, that’s how I liked to play and this team will be an extension of me. It's a fantastic challenge for me. We are ready to take the next step up, I hope I can help them. I've always dreamed of being a manager in the Premier League and I'm delighted to get the opportunity at my home town club. I couldn’t be happier!"
Login to Quote


My first day at the club started with a meeting with Assem Allam, he laid down his expectations for me for the season and gave me my transfer and wage budgets. We agreed that we should avoid relegation and as part of that I get £5.5 million to spend on transfers and a £490k wage budget which leaves £30k left to accommodate a new player.

Instead of talking to my assistant manager Steve Agnew I decided to go and meet the players, I told them that I expect them to avoid relegation, and to my surprise they all agreed we should be aiming higher, much higher! A mid-table finish was what we agreed on, I thought I’d keep that between me and the players though, don’t want to get the chairman too excited!
Now, after speaking with Steve Agnew we came to the conclusion that he should accept a mutual termination of his deal as I had my own man in mind. In comes good friend and former Hull City player and manager Nick Barmby.

I sat down with Nick immediately and after a long but necessary meeting we thought it would be best that we replaced a lot of the lacklustre staff, with only Keith Bertschin surviving the axe. We assembled our backroom staff which would provide us the best possible chance of staying in the Premier League.

zAhHH
7 years
Hull City with their current players should comfortably be finishing mid-table. Tom Huddlestone and Jake Livermore are really good players, so take advantage of that. After loaning out some youth players you should be having 60k/week wage budget remaining, which you could use to buy the player you need.
Login to Quote

Hull City have made two new additions with the signings of Tom Ince and Adam Matthews this morning for a combined fee of around £4 million.

Twenty-year-old Matthews, from Celtic, and Blackpool’s Ince, also 21, the son of former England international and now Blackpool manager Paul, are considered as great prospects and Dean Windass will be hoping they can hit the heights they are expected to at Hull. Both will be in contention for selection at the start of the Premier League season with the transfers going through with immediate effect.

Matthews, a Welsh international right back, has been in and around the Celtic squad since signing from Cardiff in 2011, he made 63 appearances for the club but thought the time was right to make the step in to the Premier League: “I’ve thoroughly enjoyed my time at Celtic and playing in the Champions League as well as the SPL winners medals won have been great moments, but I felt the offer to play in the Premier League was just too good to turn down. I can’t wait to get started and hopefully hit the ground running.”

The second new signing, Ince, was top scorer for Blackpool in 2012/13 with 18 goals and has also been part of England squads up to Under 21 level, he will be hoping to make the step up to the senior squad.

Boss Windass said: “Tom and Adam have massive potential and I think they will have a big influence on how our season pans out. I have to say I’m delighted and excited to have them both in because I recognise the talent they have.”
Login to Quote

The pre season has been really encouraging for us, 4 wins on the bounce and although not against the best opposition it showed we can outscore opponents, just that we need to defend a hell of a lot better otherwise our pants will be pulled down by the likes of Man City and Chelsea. The result against Plzen was unwarranted and we were really unlucky to lose that but the lads are beginning to find their feet within the formation. Ready for the season to start and show the rest of the league that we mean business! 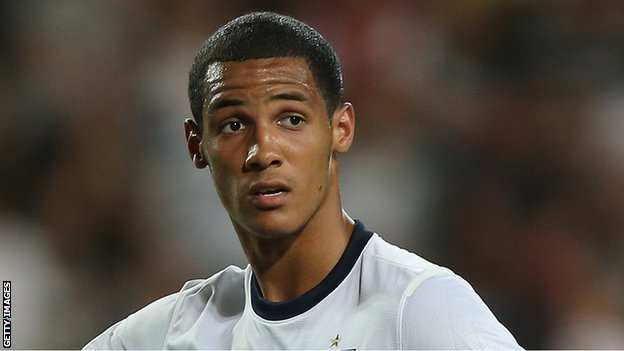 A tough one to pick with a few players producing eye catching performances; Elmohamady, Graham and Sagbo just to name a few. But after making such an impact I have selected Tom Ince as my personal Player of Pre Season! He has come in to the club and boosted morale with some awesome performances. scoring 4 in 4 with 2 assists from the right or left wing.
Login to Quote