sedsosedso
7 years • Edited
This story will be the journey of a very rich team in The Skrill South, who have Top training facilities and Top youth facilities. The team is Steam FC, which is a team created by someone on Steam, hence the name.

It is no surprise that Steam FC are the favorites for promotion and it would be a tragic season if they do not get promoted.

PH: I have called this press conference to announce that Steam FC is very close to signing a manager that has proved him/her self in international management. He/she was formally the manager of Indonesia and he will be an excellent choice for any team.
M: Who is this man?
PH: What makes you so sure its a man? That could be considered a stereotype, which i find quite outrageous.
M: Well theres not many women managers so it would be a fair assumption its a male.
PH: Can someone please throw that journalists to the kerb before i do it myself.
Login to Quote

Paul: It's my pleasure to announce that the new manager of Steam FC is Harry Seddon. He had a one year period at Indonesia last year and has been looking for a job ever since.
Media: Where is Mr. Seddon?
Paul: Well he is stuck on the train at the minute.
The Train?
Paul: Yes, is there something wrong with that?
Media: Yes, one was blown up this morning.
Paul: Oh, crap. Poor Harry.
Harry: Why poor me?
Paul: Apparently a train was blown up this morning.
Harry: Yeah i know, I did it!
Media: Excuse me?
Harry: Does no-one have a sense of humour any more.
Media: Clearly Paul doesn't, he just collapsed. 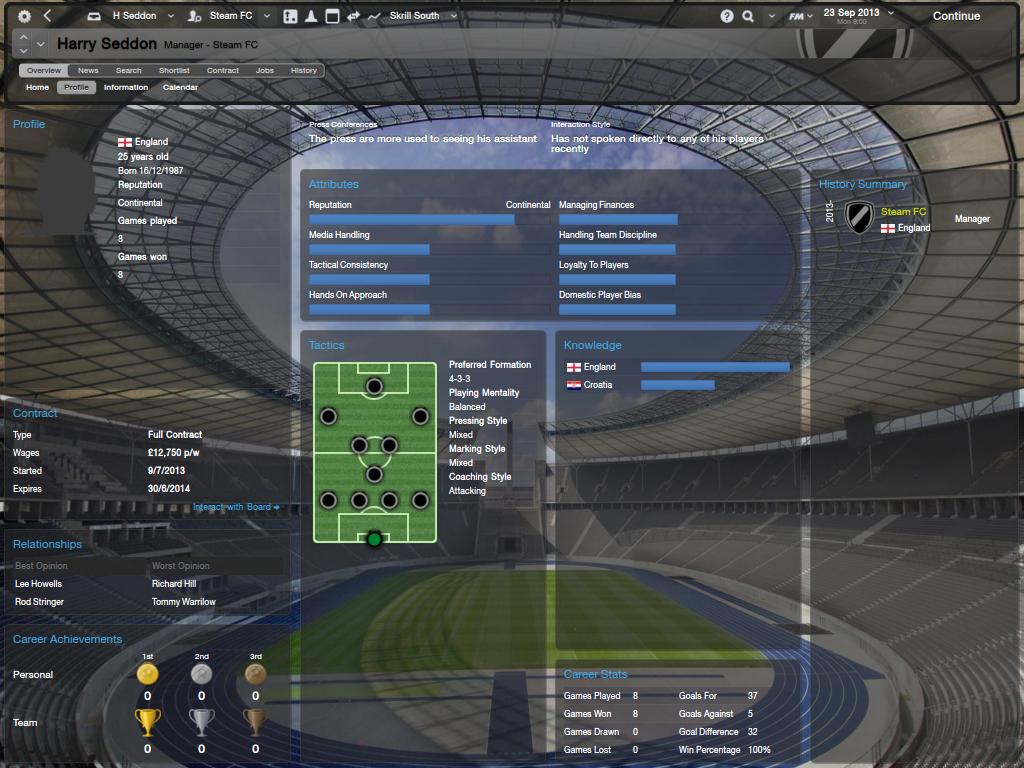 So after Paul Hutchings was helped up, Harry walked into the backroom to evaluate the players, or lack of players in the team. After John Richardson, the assistant manager, told him that all the players in the first team of Steam FC were youngsters and haven't got proper contracts, Harry was delighted. This is what he enjoyed the most, a good youth set up with even better players in the first team.
So as the contracts were given out to each player, the ass man quickly evaluated them with his average judging ability and came up with the best players from each position.

Goalkeeper
The best goalkeeper of the squad is 18 year old Scots man Earl Osbourne. He is on a £600 a week contract up until 2015. 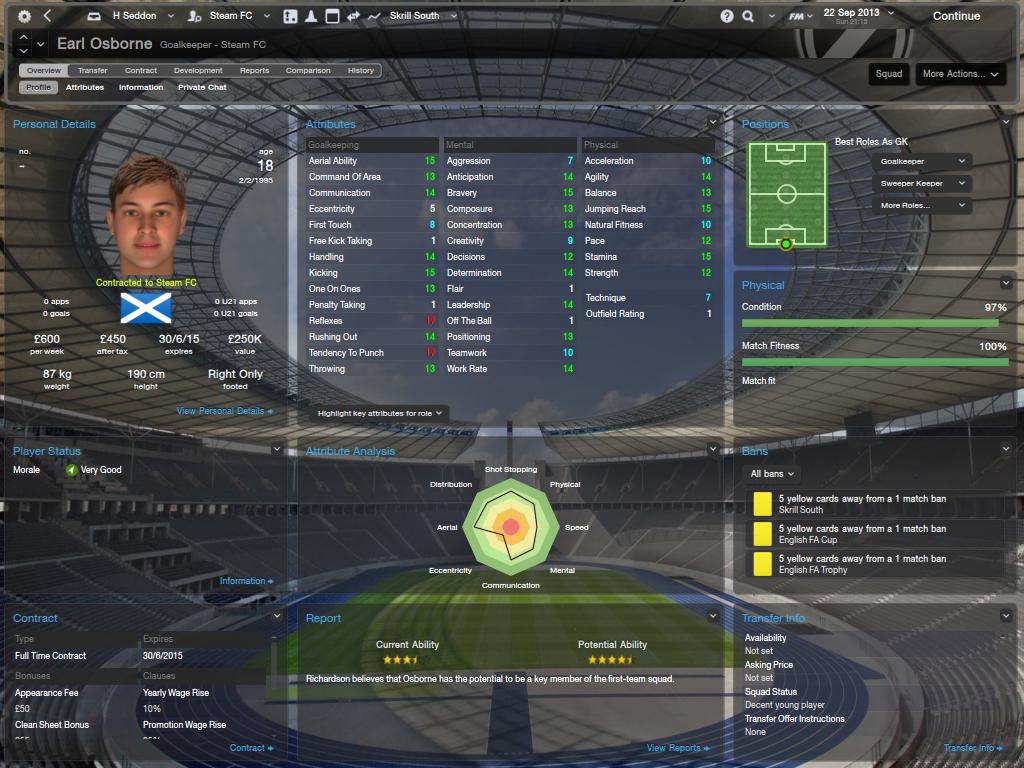 Defender
The best defender is 18 year old Englishmen Karl Dickens, who is a 194cm centre back. He has excellent Mental stats and again is on a £600 a week contract up until 2015. 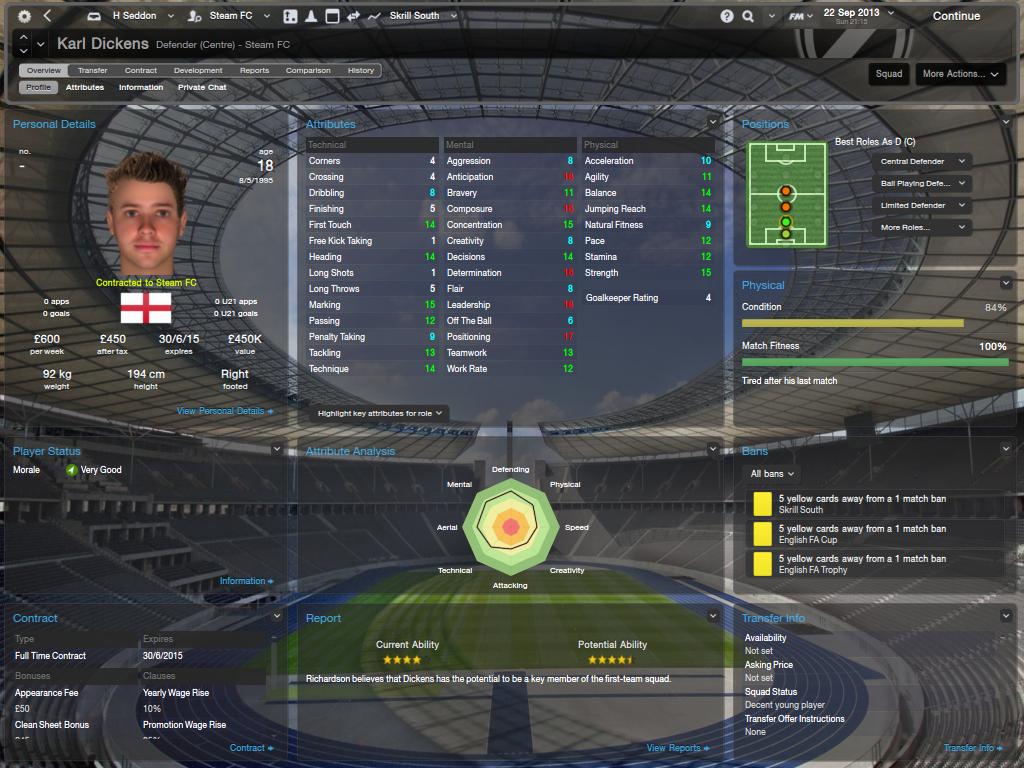 Central Midfield
The best CM,CAM or CDM is 17 year old Robert Newbold from England who has excellent technical stats but not so good physichal. He is on a £550 a week contract up until 2015. 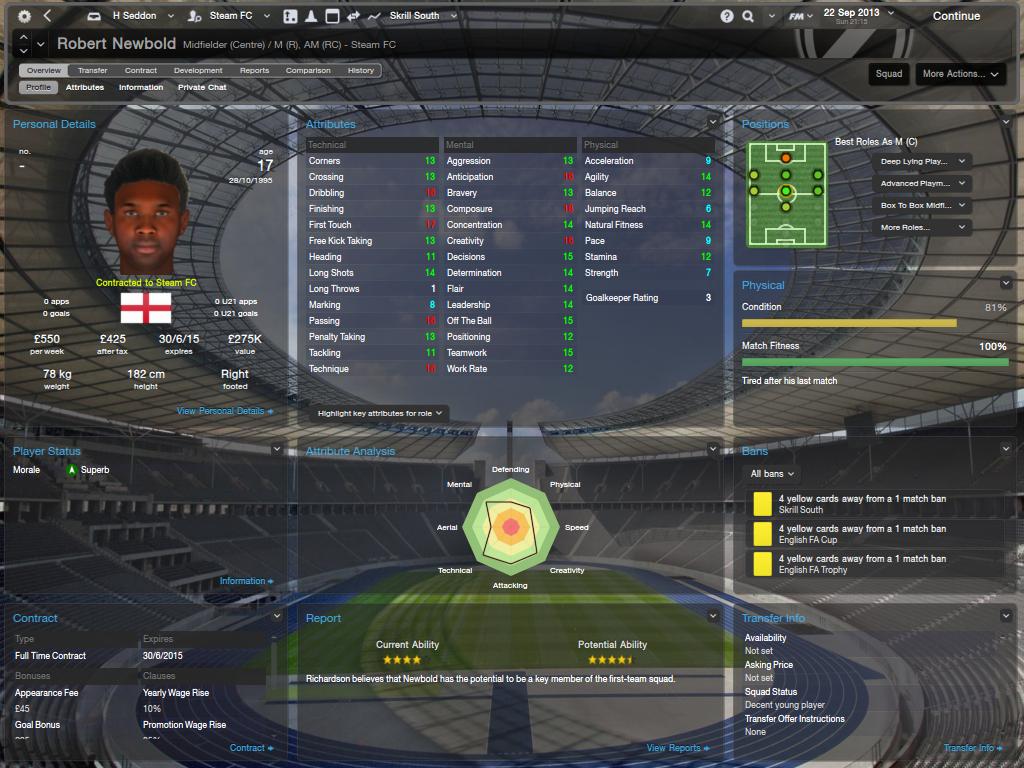 Winger
The best winger is 18 year old Jay Ashworth who is extremely fast. Besides his pace he is a great dribbler of the ball. He is on a £575 a week contract up until 2015. Striker
The best striker is 17 yar old Spencer Munday who is just a poacher. He has excellent finishing and anticipation but his physical stats could be improved. During his first day of management Harry thought of 2 tactics that would revolve around very patient possession football to dominate the opposition.
The first was a basic 4-2-3-1 and the second was a rather unusual 4-1-4-1 and both tactics would need great wingers to create the attacking opportunities.
4-2-3-1 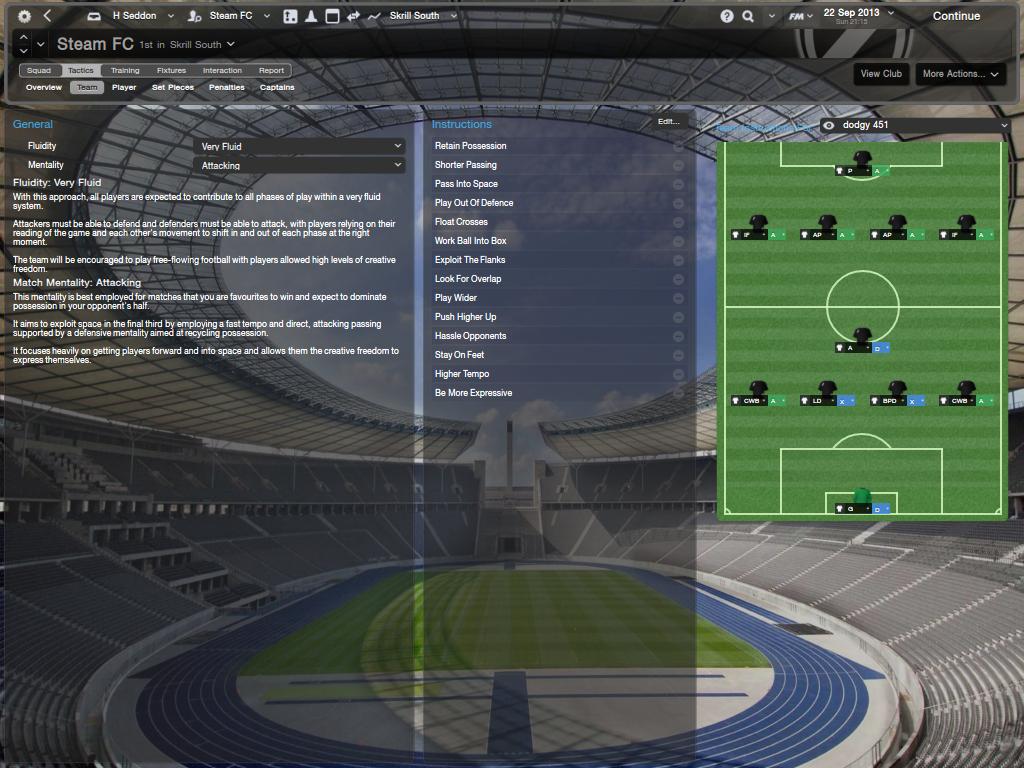 Seddon had escaped one day without having to consult any of coaches that will portray their opinions in how to make the team better.
Login to Quote

captainbrickarms
7 years
Nice team and good luck, also what skin are you using?
Login to Quote

sedsosedso
7 years
@Captainbrickarms It is the Steklo X4 skin, found it on steam
@Cosmin Hopefully the matches will be interesting to you
Login to Quote

RyanPOwens
7 years
I've got the same thing going on. Will look forward to seeing how you make out.
Login to Quote

You are reading "Steam FC- Journey to the Top".