Some nice updates so hopefully you'll stick to this!
Login to Quote

With Manchester City spending more money this window and Arsenal signing Ozil, I need to add some more talent into this team to challenge for the title again.

Midfield is definitely an area which needs strengthening a lot, Carrick is very creative but he does not have a lot of goals to his name. Fellaini, well, Having watched him in training, I don't know what to do with him, He is strong and has a very good aerial ability, however I think I can add some better in his position.
As for the other midfielders, Cleverley is useless, and he WILL be leaving, Giggsy is still going strong but can't play many games.

I've been tasking my scouting team to look at suitable midfielders to add to my squad for this season, and they've come back with some players that I should take a look at: 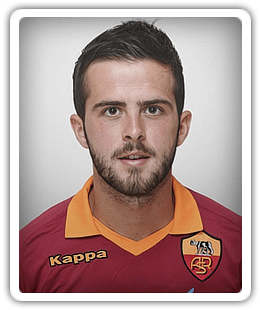 Pjanic's stock has been on the rise due to his outstanding form for AS Roma. The Bosnian deep lying playmaker would really add something to our midfield and for around 12 million pounds it seems a great investment. 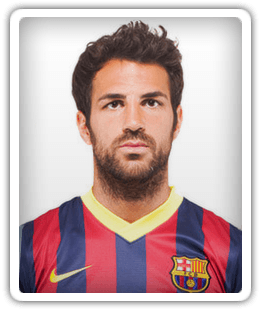 Fabregas is probably one of the best midfielders on the planet currently, his ability to pass a ball but also his deadly finishing would be the perfect fit for our midfield, however it would be very tough to pry him away from Barcelona. 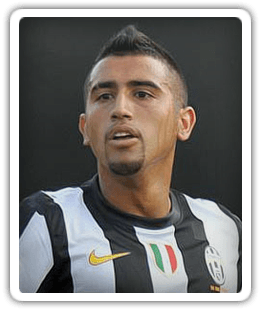 Vidal is a very good all rounded player, he is very good defensively, but also his creativeness and his finishing is top notch, however like Fabregas it'll be very hard to take him away from Juventus. 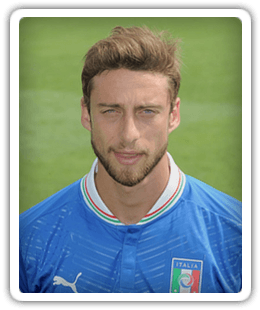 Marchisio is very similar to Vidal, a very good midfielder with a lot of talent. However he won't be cheap and Juventus may not want to sell him to us.
Login to Quote

Adrian18Ro
8 years
Pjanic for sure. I consider him a "top bargain", a really good midfielder to buy. Good luck!
Login to Quote

Josh_MU
8 years
@patrick1 - Yeah I'm drawn towards him, Juventus won't sell Vidal and want 50 million for Marchisio.
@Adrian18Ro - Yeah, I really rate him and for just over 10 million its a huge bargain and a great investment.
Login to Quote

Pjanic is Manchester United's first signing in this window and new manager Gary Neville's first ever signing, and with many big clubs interested in the Bosnian international, Manchester United have done very well to sign him for such a low price.

This is the start of rebuilding the Manchester United squad, with players like Tom Cleverley and Ashley Young on the way out, United are going to be very active in this window to make a squad which can challenge for the title again.
Login to Quote

Manchester United have added to their squad for the second time this window and have brought in Brazilian full-back Alexander Sandro for 9.5 million pounds, which like the Pjanic deal, it's deemed as a huge bargain.

Manchester United are in need of a new full-back as Patrice Evra isn't as good as he once was and Alexander Buttner is a liability when he plays full-back, as he is very good going forward, but needs to improve a lot defensively. Patrice Evra (left) and Alexander Buttner (right) could be on the way out of Old Trafford.

"Alex is a great player that I have admired for a long time, he has bags of potential and can really add something to our team, I am very glad he has joined us and I hope he stays for a long time."
Login to Quote

Tottenham Hotspur have announced that they have signed Manchester United midfielder Tom Cleverley for a fee rumoured to be 15 million pounds.

His transfer to Tottenham has made healthy profit for Manchester United, and with that money they can carry on rebuilding their squad for this season, however many Tottenham fans are concerned about signing Cleverley and are annoyed at the their club for signing him as they money could have been spent elsewhere.
Login to Quote

Manchester United have won the 2013/14 Community Shield 3-0 over a mediocre Wigan side who just couldn't create a chance.
This game was new Manchester United manager Gary Neville's first competitive game in-charge of Manchester United and his team delivered to win the first piece of silverware on offer for the Red Devils and there was no doubt that they wouldn't win it.

Neville handed debuts to new signings Juan Mata, Miralem Pjanic and Alex Sandro who all performed to a good standard and helped their team to a great win.

Manchester United start the game on the front foot, with lots of passing and good movement, then that little bit of magic happened when Juan Mata lifted a perfectly timed through ball to Antonio Valencia who beat the offside trap and cooly finished past Scott Carson in the Wigan goal.
Valencia then got his second of the game when he broke free from the Wigan midfield, played a one-two with Wayne Rooney and passed the ball past Carson to make it 2-0.

Wayne Rooney then finished the rout with a superb 25 yard goal into the top left hand corner to give Manchester United the win and the trophy.

Manchester United Manager Gary Neville:
"We played superb. Valencia was very good down the right and got himself two great goals! And Wayne got a really good goal that I'm sure he was happy with, overall, it was a great team performance and we can't wait to start the season."
Login to Quote

Josh_MU
8 years
@AAN - Cheers mate!
@jasonvilla4ever - Thank you! And it's okay, not forcing you to comment at all!