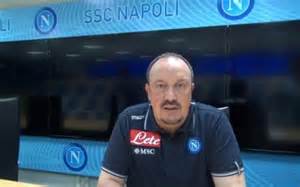 Shock news coming out of the Napoli camp is that their manager, Rafa Benitez has been sacked by the board. After only joining in May 2013, many fans thought he would be here for the lung run, but that has been thrown out the window it seems.

It has been reported by the Italian media that Rafa and the chairman had a terrible relationship together in the past weeks. It started to really erupt when Rafa walked out of a meeting with the board, which resulted in the chairman throwing eggs and gratifying Rafa's car.

Many Napoli fans are now worrying who the board will bring in, with it being so close to the season, the manager will have his work cut out to build a good squad to challenge for the title in the coming season.

Many pundits have been guessing who the new manager will be with a few surprises thrown in! I guess we will found out sooner or later what will happen here at Napoli, but the fans will be hoping it will be sooner rather than later!
Login to Quote

Toon
6 years
Napoli is certainly an interesting team, hopefully you can be the next Juve.
Login to Quote

Radders2109
6 years
Toon - I've never been Napoli, but hopefully I can be better than Juve 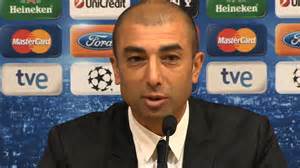 The news coming out from the Napoli camp is that Roberto Di Matteo has been announced as the new boss. The former Chelsea manager, has penned a three year deal with club and has high hopes with them.

One Napoli fan had this to say on the matter" I think it's a great appointment by the board, he certainly knows how to win trophies and I hope he can do that here.

With only two months until the start of the new season, Di Matteo has has his work cut out to make Napoli have a chance to get some silverware this season.

"I intend to make Napoli a force once more, I know we can do it we just have to believe in ourselves and anything is possible" Those were the words of Di Matteo when questioned on the matter.

I guess we will see if this appointment turns out to be the right one, or if Napoli will be searching for a new manager later in the season - Only time will tell!
Login to Quote

My one point of advice would be to just answer all comments in one reply. I mean, surely it is easier and less time consuming. When you answer each one individually, all it does is make people think you want to bump your reply tally. That's just my opinion though, you can continue to do that if you please.
Login to Quote

Napoli is a fun team to play.
Login to Quote

Radders2109
6 years
AlexSonwild - Thanks mate! Hopefully I can make it good :p

Walter - Thanks for the advice man

As you can see I took it

Northwood - Thank you, hopefully you enjoy reading it