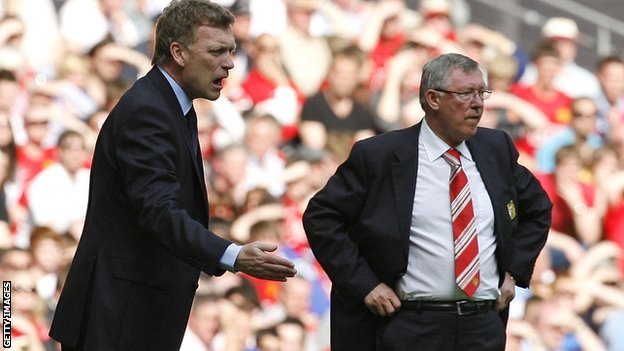 Moyes, who leaves Everton after 11 years in charge at Goodison Park, was Ferguson's recommendation to succeed him as manager at Old Trafford.

The 50-year-old was out of contract at Everton at the end of the season.

"We unanimously agreed on David Moyes," said Ferguson, who announced his retirement on Wednesday after 26 years as United boss. David is a man of great integrity with a strong work ethic. I've admired his work for a long time and approached him as far back as 1998 to discuss the position of assistant manager here. There is no question he has all the qualities we expect of a manager at this club."

Moyes, who was recommended to the United board by Ferguson and will be introduced as Red Devils boss in "due course", said it was "a great honour" to be appointed as the new manager of the Premier League champions.

"I am delighted that Sir Alex saw fit to recommend me for the job. I have great respect for everything he has done and for the football club," added the Scot.

"I know how hard it will be to follow the best manager ever, but the opportunity to manage Manchester United isn't something that comes around very often and I'm really looking forward to taking up the post next season."

Moyes, described as having "all the skills needed to build on United's phenomenal legacy" by incoming chief executive Ed Woodward, also paid tribute to current club Everton and vowed to remain fully committed until the end of the season.

"I have had a terrific job at Everton, with a tremendous chairman and board of directors, and a great set of players," he said. "Between now and the end of the season, I will do everything in my power to make sure we finish as high as possible in the table. Everton's fantastic fans have played a big part in making my years at Goodison so enjoyable and I thank them wholeheartedly for the support they have given me and the players. Everton will be close to me for the rest of my life."
Login to Quote


Incase it wasnt clear by the name of the story of the introduction, i will be taking over the role of David William Moyes. The reason for this is i have been watching Manchester United since he took over and to be honest ive been pretty disapointed, not that im a United fan, but i just thought he wouldve been able to do a better job, after the great stuff he was starting to achieve at Everton, turning them into a solid top half Premier League team and looking to start challenging the top 4/6. 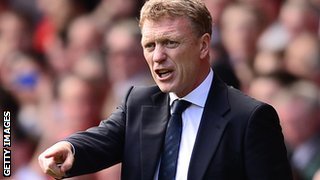 •Started his playing career at Celtic and finished it at Preston, where he played alongside young loan signing David Beckham between February and March 1995

•Ten months after guiding Preston North End to the Division One play-off final, Moyes took over at Everton, replacing Walter Smith in March 2002

•Took Everton to the FA Cup final in 2009, where they lost 2-1 to Chelsea
Login to Quote 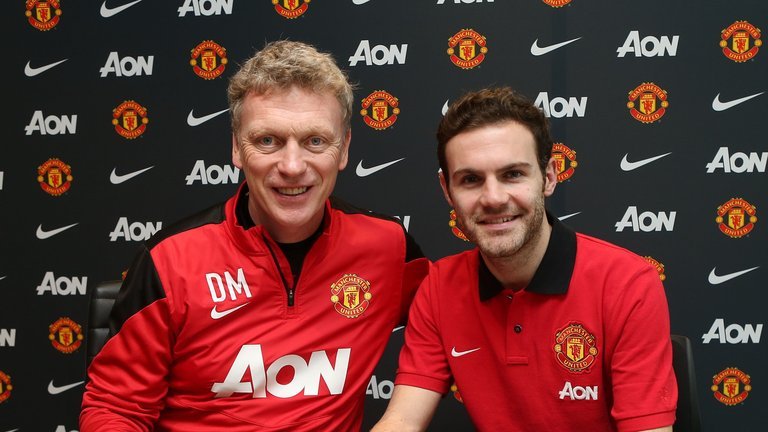 Manchester United have completed the signing of Juan Mata from Chelsea for a club-record fee of £37.1million

The Spain international flew north on Saturday and successfully came through a medical before finalising the biggest move to date of the current window.

Mata will train with his new-team mates in the coming days and is expected to make his debut against Zenit in a friendly at Old Trafford on Wednesday night.

He said: "I am thrilled to be joining United. I have enjoyed some very happy years at Chelsea but the time has come for a new challenge. United is the perfect place for me and I am excited at the chance I have to be part of the next phase in the club's history. Chelsea is a top club and I have many friends there but you cannot turn down the chance to join Manchester United. I look forward to helping the manager and the team be successful in the coming years."

The transfer, which far exceeds United's £30.75m deal for Dimitar Berbatov back in 2008, represents a real coup for David Moyes following some frustration in the market so far.

He said: "Juan is one of the finest playmakers in the game today and it's a real pleasure to have secured his signature. He's been instrumental in Chelsea's recent success, with a notable 28 assists and 32 goals in his last two Premier League seasons. I have been impressed with the excitement he has shown to be part of the new Manchester United. I know our fans have admired Juan for some time now - he has always played well against us - and I know they will be delighted to see him in the red of United, starting on Wednesday"
Login to Quote

You are reading "Manchester United - It's Moyes Time".