A New Era at Krasnodar FC 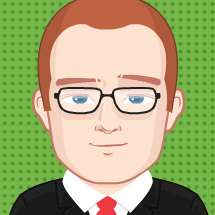 My name is Mikhail Ivanov, and I'm 35 years old, and born in Krasnodar in the former Soviet Union. I used to play football professionally, but my career was cut short due to a lack of ability, and my tactical mind wasn't able to compensate any more. The good news is, though, I've been hired to manage FC Krasnodar!

I've been a supporter of FC Krasnodar since their inception on February 22, 2008* (Wikipedia says this date, but FM says they were founded in 2007.) Quite literally, they are a club with no history, although they've managed to climb up the Russian football ranks very quickly, as their first season in the Russian Premier League was in 2011. The board wants a manager who can cultivate our excellent youth resources and take that next step into becoming a title contender and continental football challenger, and I know I am that man.

The first thing I did when I met with the players was give my expectations for a decent season, results wise, although we'd be battling for as many wins as we could get. I also showed my tactics on the chalkboard, a mix of 3-4-3 and 4-3-3 possession. Since we were high pressing all game, I drilled fitness into my charges, and made one signing, Aaron Mokoena, a well-traveled defender. There were a few players I wanted to sell for money, but no one was biting.

Our friendlies were decent, we started with a 2-0 win against Rubin Kazan-2, but lost 0-2 to Shakhtar Donetsk. We followed that up with a 2-0 win against Swansea, but stumbled to a 1-1 draw against Bulgarian side Pirin. Still, I figured we were ready for the season, and I was excited just to be managing Krasnodar!


(*If the February 22, 2008 date is accurate, then the club was formed exactly 20 years after my birthday.)
Login to Quote

Aaron
6 years
OMG! I did Krasnodar on FM13, so I'll follow! I enjoyed them so hope you will, good luck!
1
Login to Quote

The Start of a New Season!

Our season started with a trip to Kazan to play Rubin Kazan, who have recently made themselves one of the top names in Russian football. It would be a difficult game, but I remained optimistic, and it paid off as Andreas Granqvist scored off a corner to give us the lead. Unfortunately, Artur Jedrzejczyk was sent off, and things quickly went south for us, as Rubin scored four times in the second half and routed us 5-1. It was a disappointing loss, and while I tried to console my distraught players as best I could, it would be a loss that would sting for a while.

Next up was a home game against Anzhi Makhachkala, who are also a big name in Russian football, but have serious issues regarding their chairman and severe budget cuts. We quickly raced out to a 3-0 halftime lead, as Joaozinho pulled the strings and Anzhi found it impossible to deal with him, picking up an assist and scoring a goal himself. The big man Lacina Traore and Alan Gatagov scored second half goals for Anzhi that made me nervous, but thankfully we pulled it off, a 3-2 win and our first points of the season.

Our struggles weren't over yet, as we lost to Moscow teams Lokomotiv Moscow and CSKA Moscow, 2-1 and 4-1 respectively. CSKA Moscow are a very tough team, but I didn't expect to be thrashed like we did. We went up to 6 points after defeating Ural 1-0, coming through thanks to a bit of creativity from Marcio Abreu. A forgettable game against Rostov closed this stretch, they won 1-0, but it was a forgettable game.

The beginning of our season has certainly been rocky, but we do have 6 points and are just barely out of the relegation playoff places. Our squad is large and we have a few players being paid more than their skill would indicate, so there is definitely room for improvement. I got the board to action upgrades for our training and youth facilities, so our already-excellent youth facilities will be even better, and our first team will have new training facilities, which should improve morale and development.

You are reading "Krasnodar the Mighty".