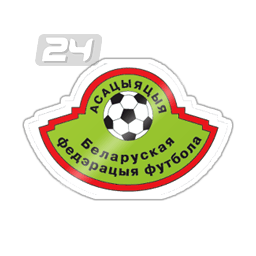 Today, the President of Belarusian FA Gennadi Nevyglas has announced that there will be changes to the Football League System after holding a meeting with the Board of the Belarusian FA. The new system introduces a 4th Division, along with prize money being handed out fairly across all the leagues. Most of the league formats will stay the same, although there are a minority of changes along with a few announcements.

The 1st change in the football system of Belarus is the change of dates, changing from March-November to August-May, the same timeline as most of the other European countries. 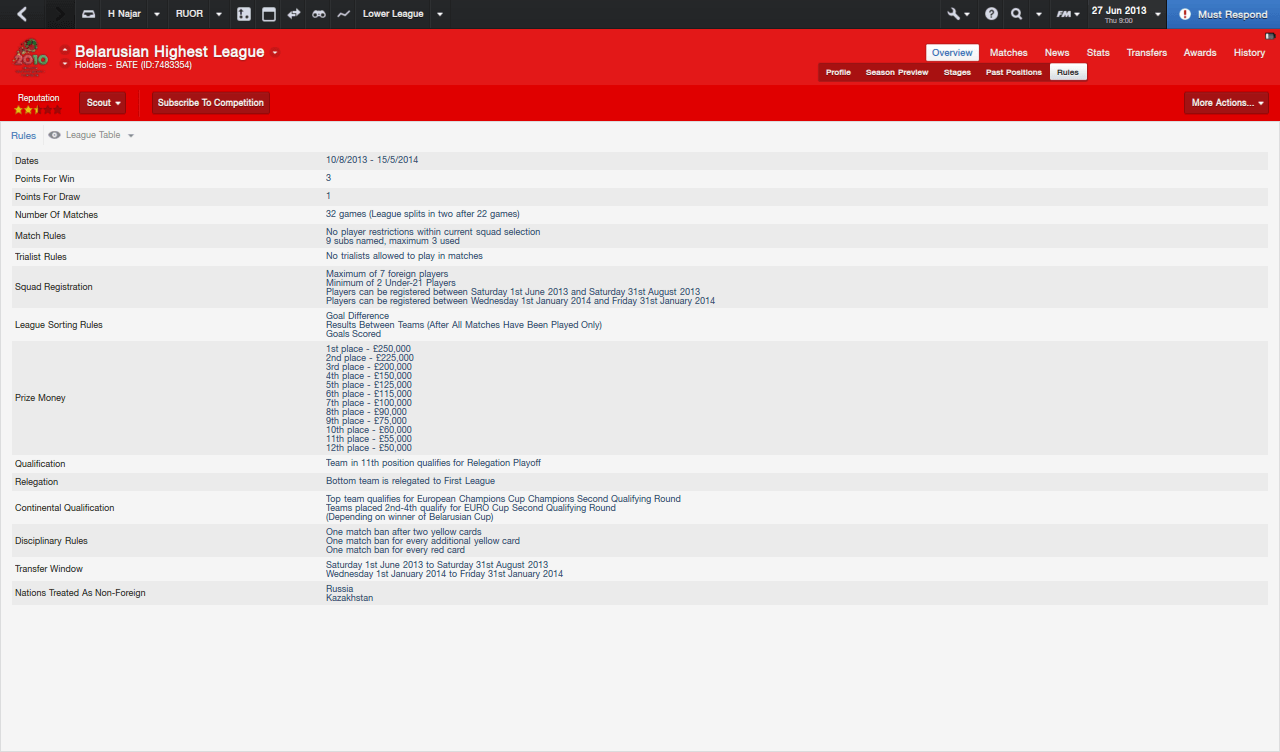 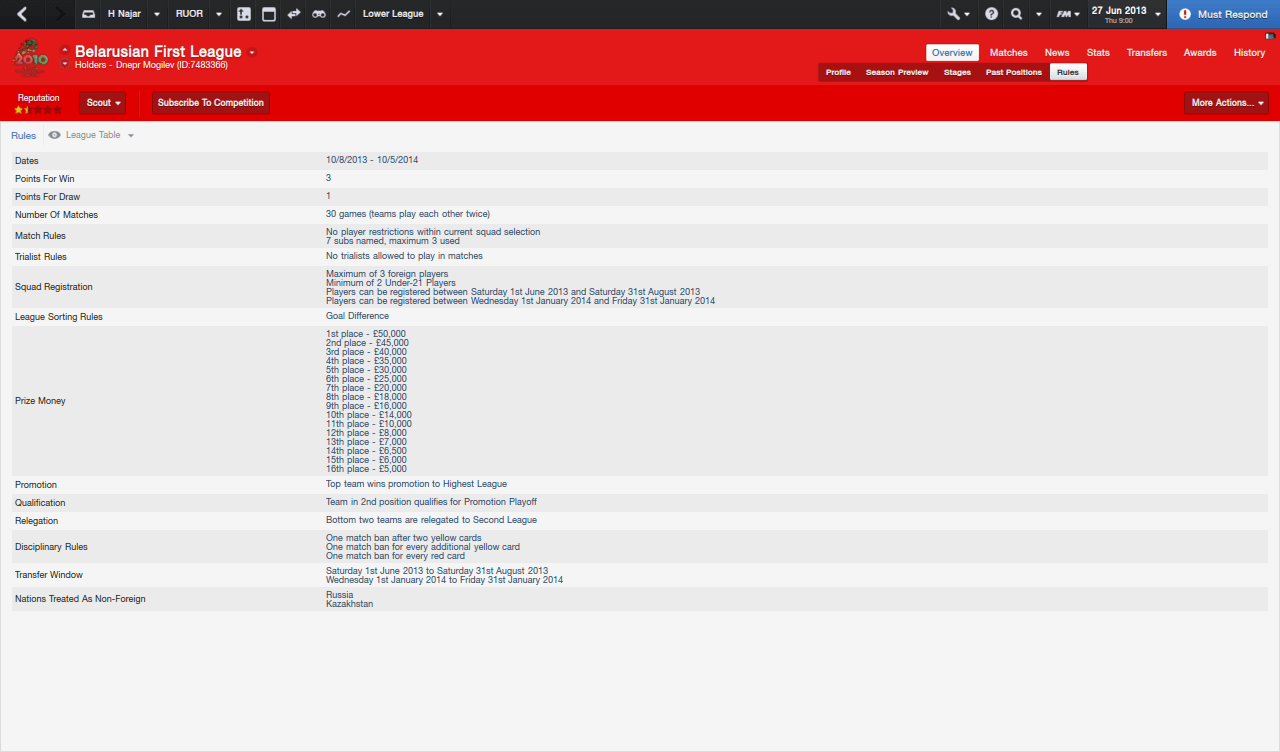 The Belarusian First League will also continue in the same format. Prize Money has been added to help the smaller clubs financially. 2 teams will be relegated from this division, and 1 will get promoted. 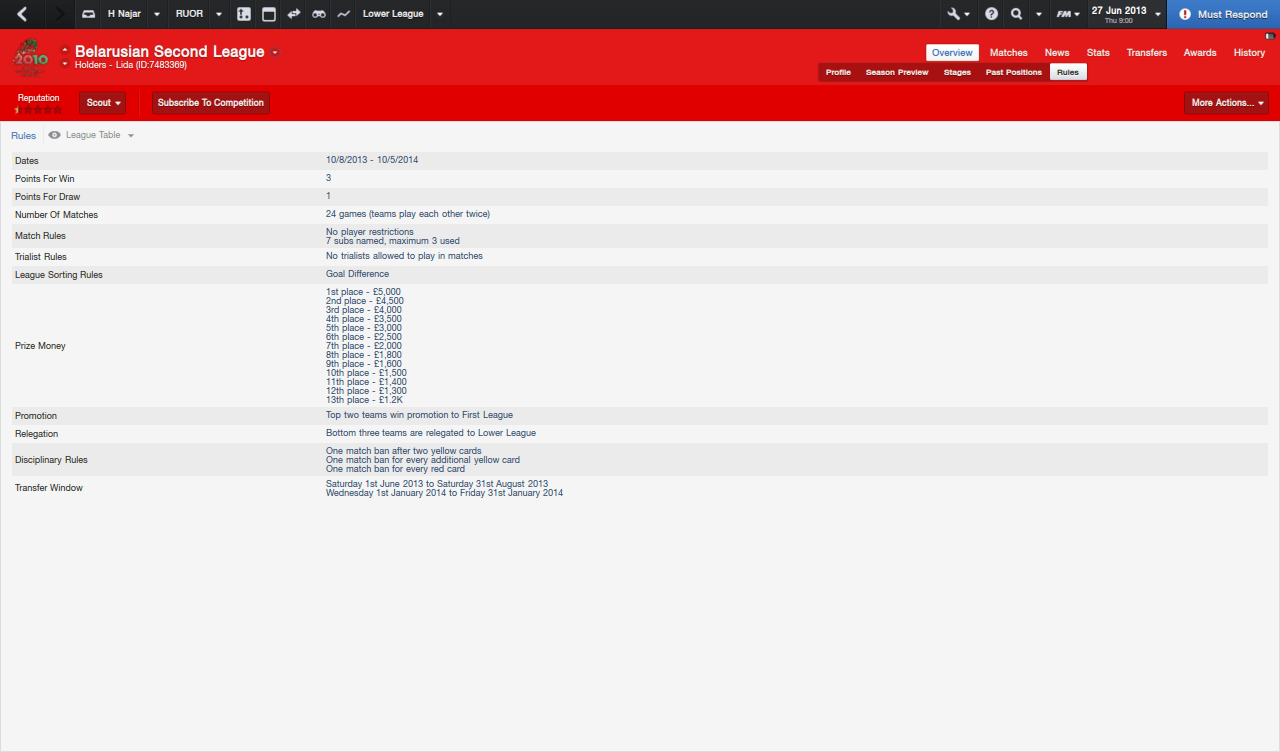 The Second League is going to be the 3rd division in this system, and there will be a reserve team included in this league. 2 teams will go up every season and 3 will go down. 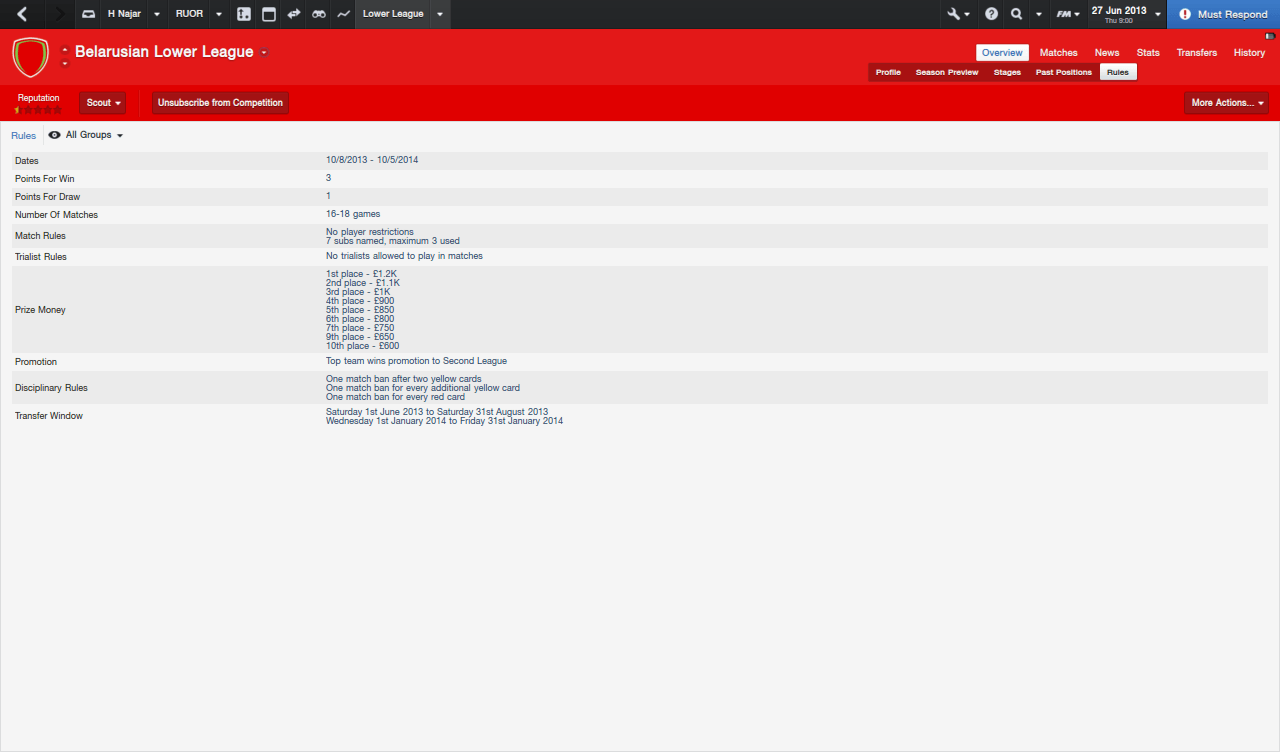 Finally, the Lower League. The 29 remaining clubs will be split into 3 groups - of 9, 10 and 10 teams - and will play 16-18 games in a season, meaning every team plays every other team in their respective group twice. The Prize Money in this league will be minimal but it will help the lower clubs to progress.

The Belarusian FA Cup will also stay in the same format, but for those of you who don’t know how it works, here is how it goes.

Finally, another announcement will be made later this week by the Chairman of Belarusian Youth Club RUOR Minsk who will have major changes that are going to change the future of Football in Belarus. Stay tuned to Sky Sports for future news on the possible new revolution of Belarusian Football.


Well, I am back to story writing. I guess so. After 3 months of trying to find a long-term save I decided to start off in the Belarusian League. Some of you will know which team I will manage already, so maybe I had given it away already. Hopefully this turns out to be as good as my Armenia save, so let’s see what happens!
Login to Quote

Verdinho
7 years
Nice start! I look forward to seeing how & who you'll develop Belarusian football with

Aaron
7 years
Yes! Can't wait for this to get going, this will be good... 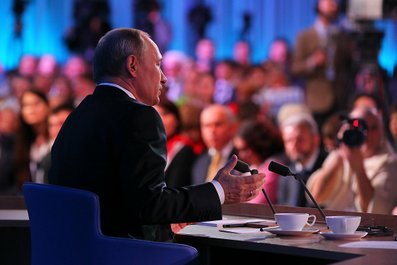 Evgeniy Mytnik, the Chairman of Belarusian Youth Football Club RGUOR Minsk has announced that a new foreign manager will come into the club and start his duties today, an unknown Lebanese manager who goes by the name of Lamine Najar. Lamine played for the Lebanon u21s on 17 occasions, scoring 14 goals - but he never made it into the Lebanese National Team. Now, he seeks some glory as a coach - in the lowest level of Belarus.

Evgeniy Mytnik also announced that RUOR will be allowed to sign players of any age, but the club will mainly focus on the youth candidates who come out each March from the u16s, and they will hope that these players will lead them to glory.

A downside for Lamine is that the club will be spending 100,000 pounds each month on the youth setup, so he will have to find a way to keep the club out of a financial crisis, a challenge he said he relish.

In his welcoming press conference, Lamine Najar talked about a handful of points and how he is at the club: “First of all, I would like to thank Mr Mytnik for offering me a contract at this club. We have the same ambitions, and we will try for a top 3 finish, and if we can do better - gain promotion. I really want to take this club to the top, the players here are fantastic. So nice, so gentle. I also like the look of Valentin Ivanov, but we will talk about the squad at a later stage. The financial crisis will be a problem at the start, but in the future we will overcome this problem. I relish this challenge. BATE Borisov, watch out for us!”

In the coming weeks, Lamine Najar will have an episode specifically about his squad, so watch out for it soon!
Login to Quote

An Introduction to RUOR Minsk 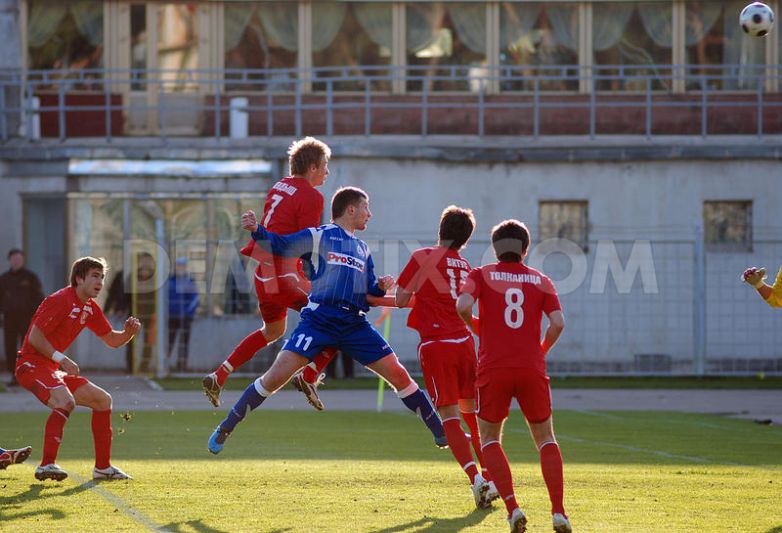 (I will be using photos of other clubs in Minsk, as info on RUOR Minsk is scarce)

of Belarus. It is claimed to have the best youth facilities in the world, but there are definitely a few that are better than it. RUOR are among the favourites to win the Lower League this season, and they have all the assets to do it. 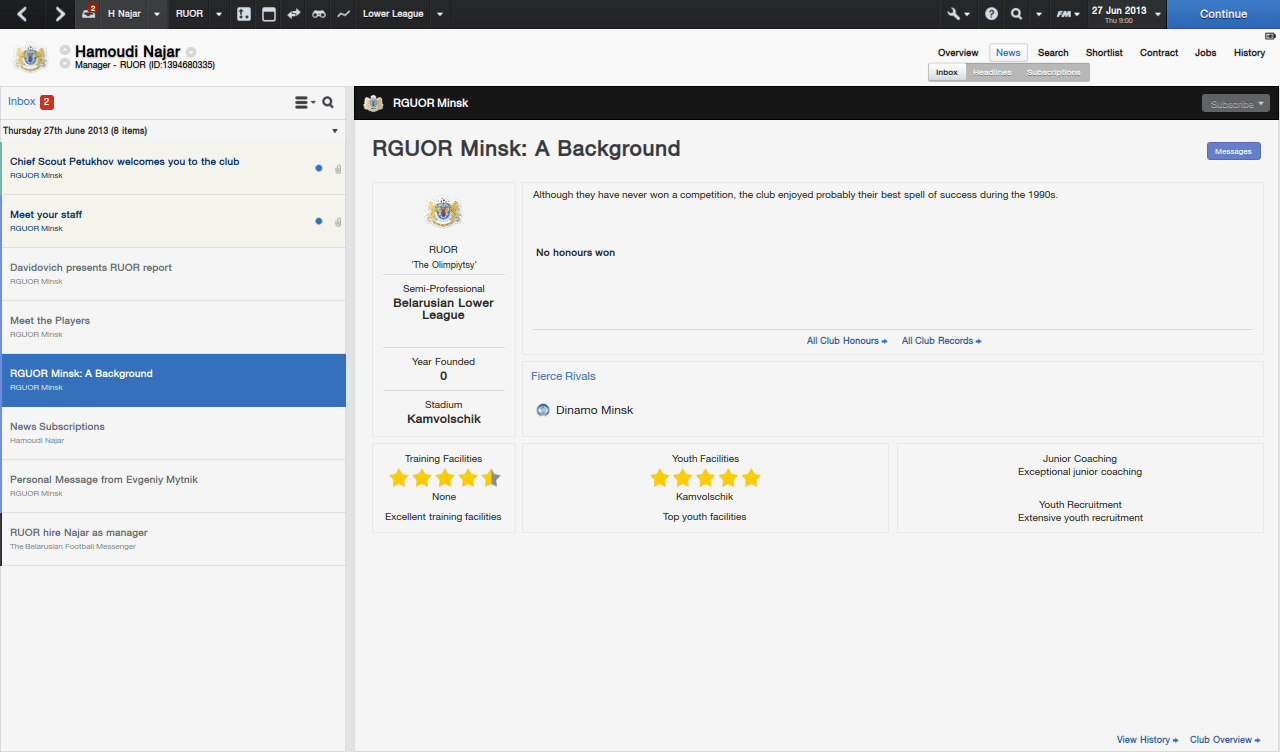 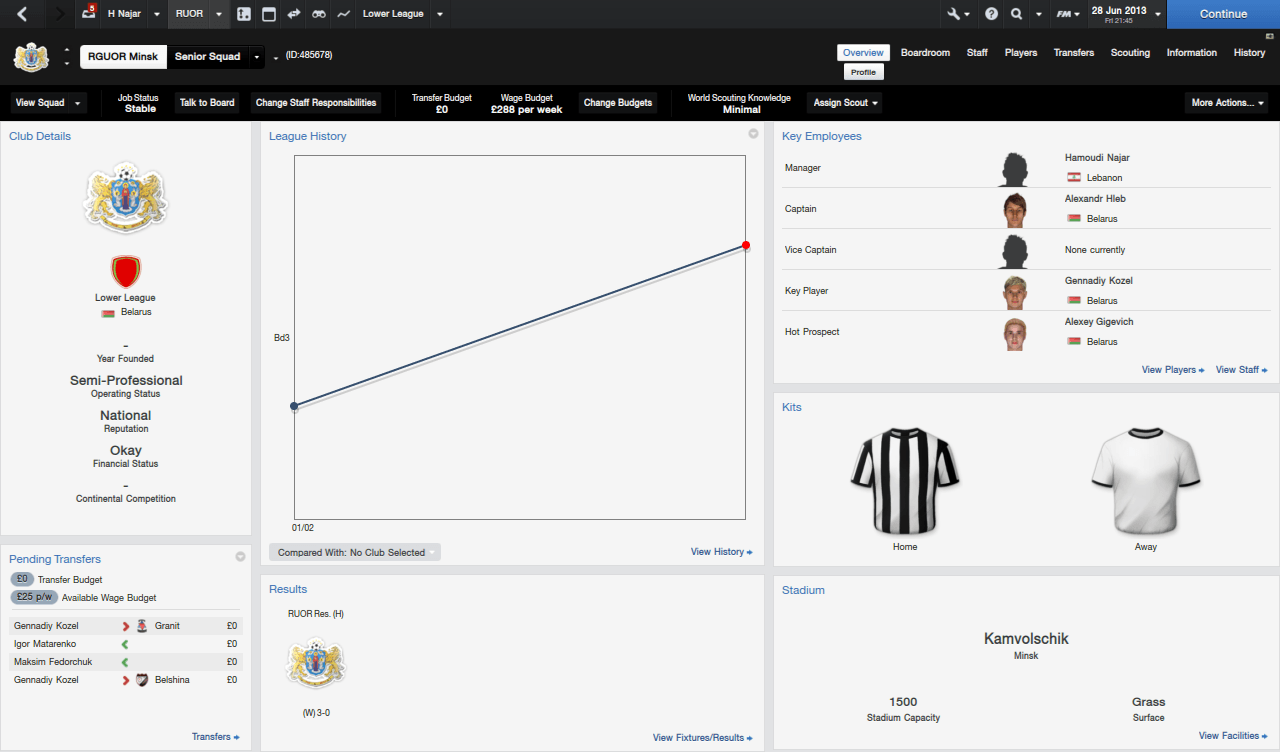 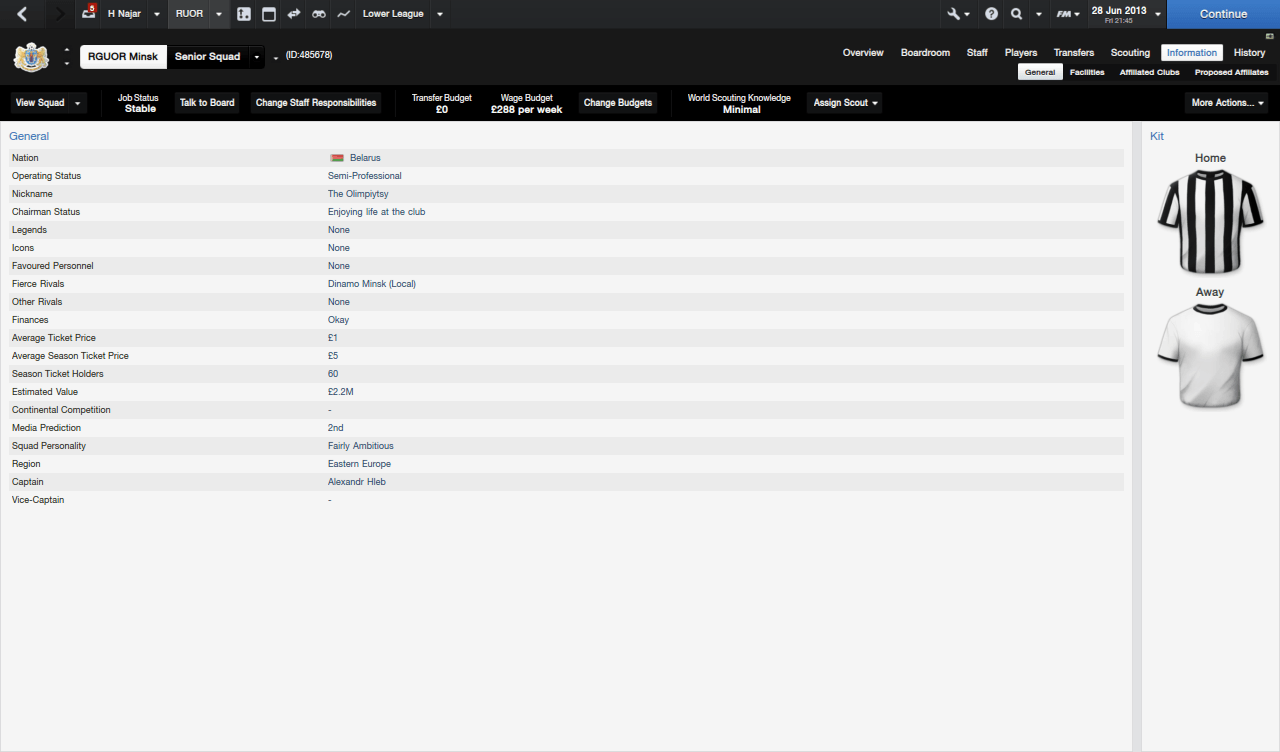 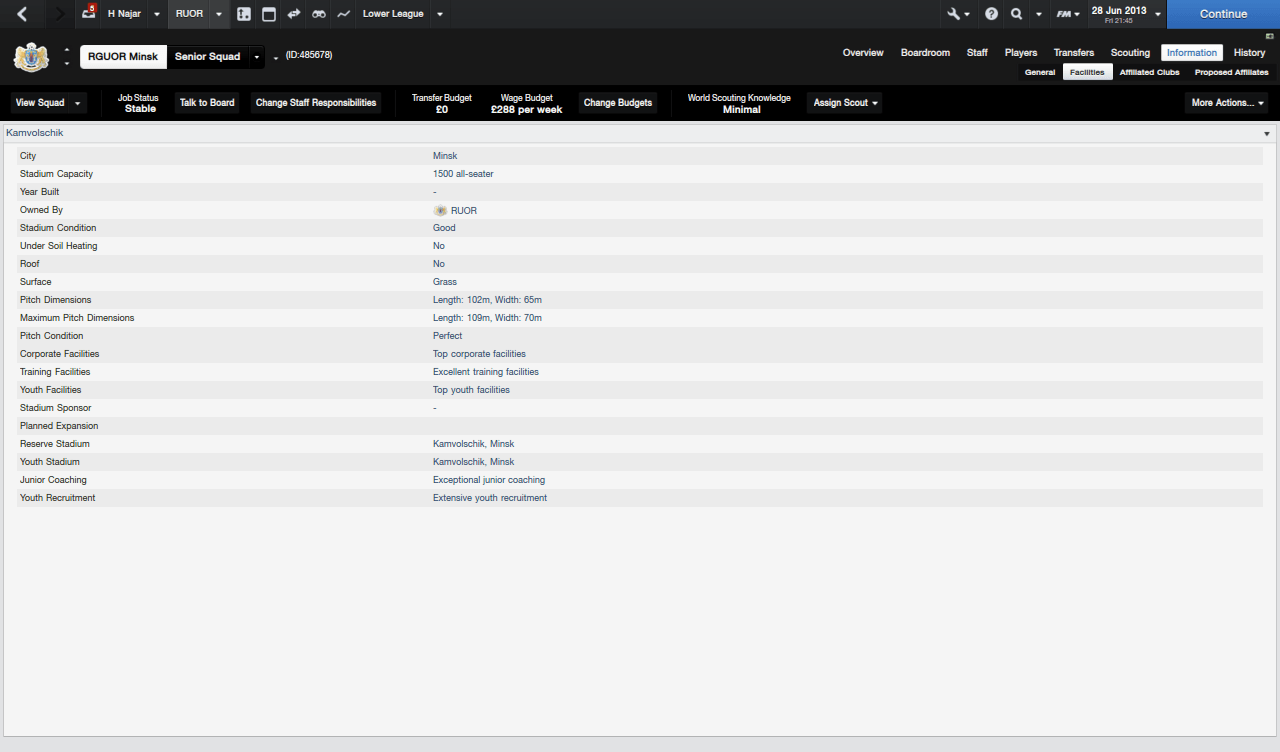 They have the best facilities in Belarus, and they are estimated to be valued at 2.2M Pounds. Their captain Alexander Hleb is one of the stars in the team at the age of 28, but it is left midfielder Gennadiy Kozel who steals the plaudits as the Key Player. Alexey Gigevich is one of the best youngsters at the club, being watched by a handful of European Clubs. 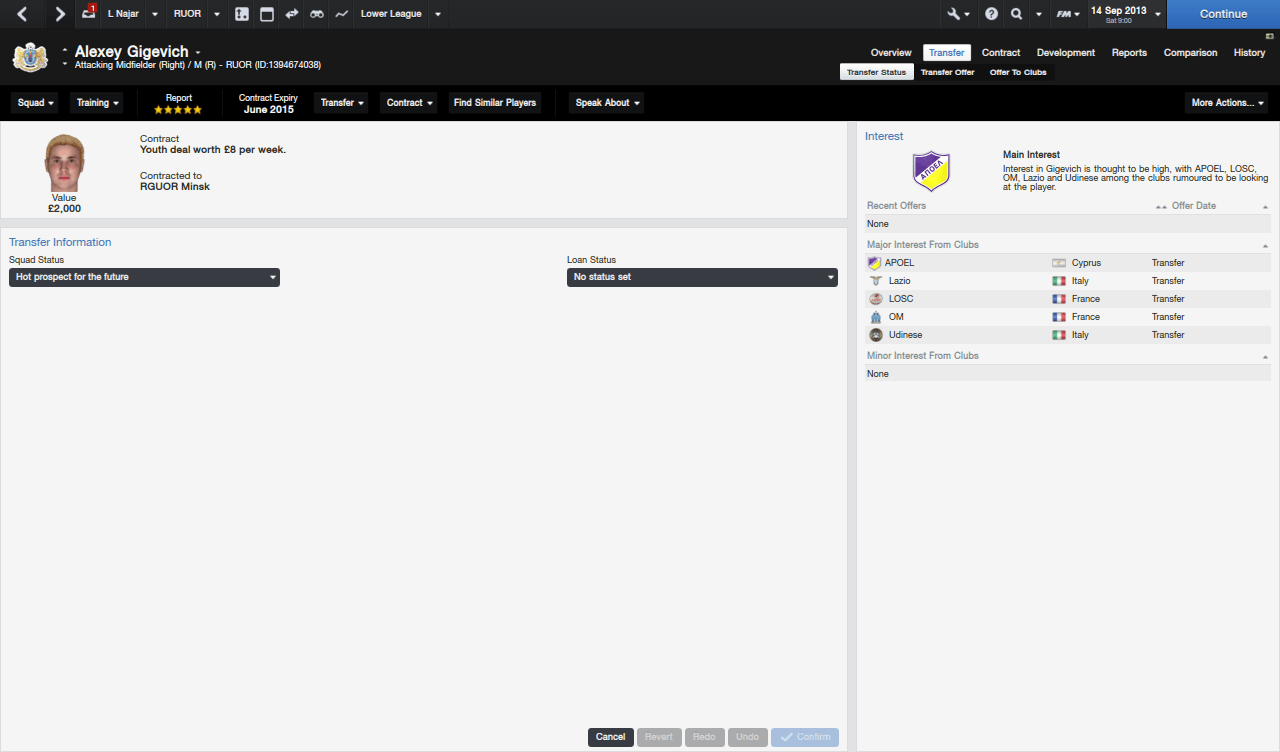 
The Finances of this club are not bad, but they are not good either. It is projected to be into a couple million pounds of debt by the end of the season. 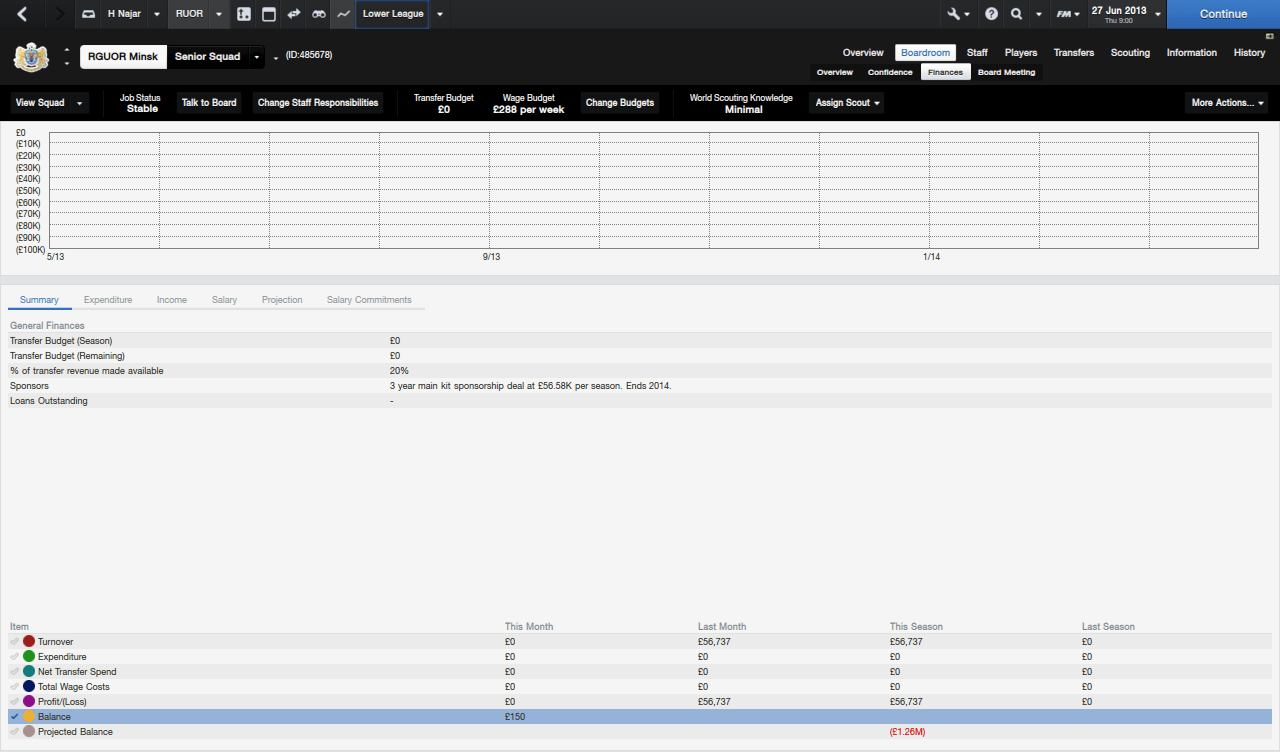 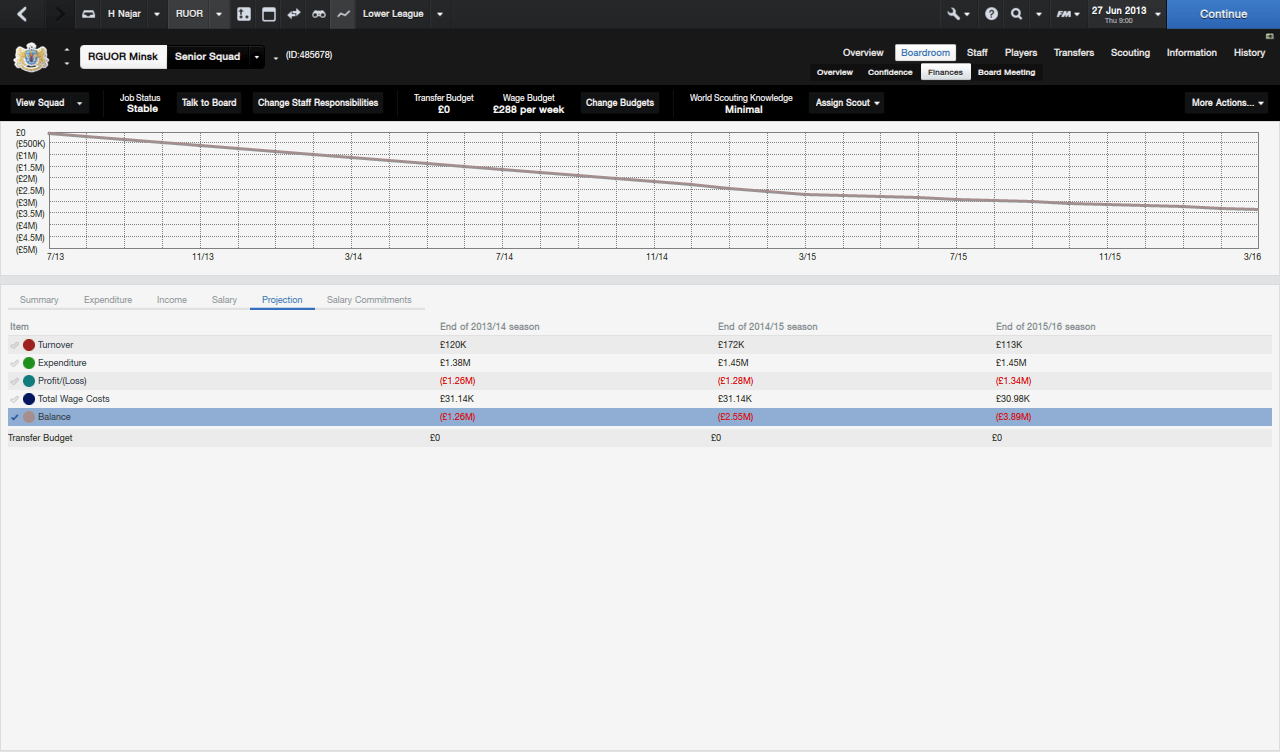 The friendlies started off very well but then the team had a blip in form, before winning their last two games before the league had started. Were they prepared enough for the league? 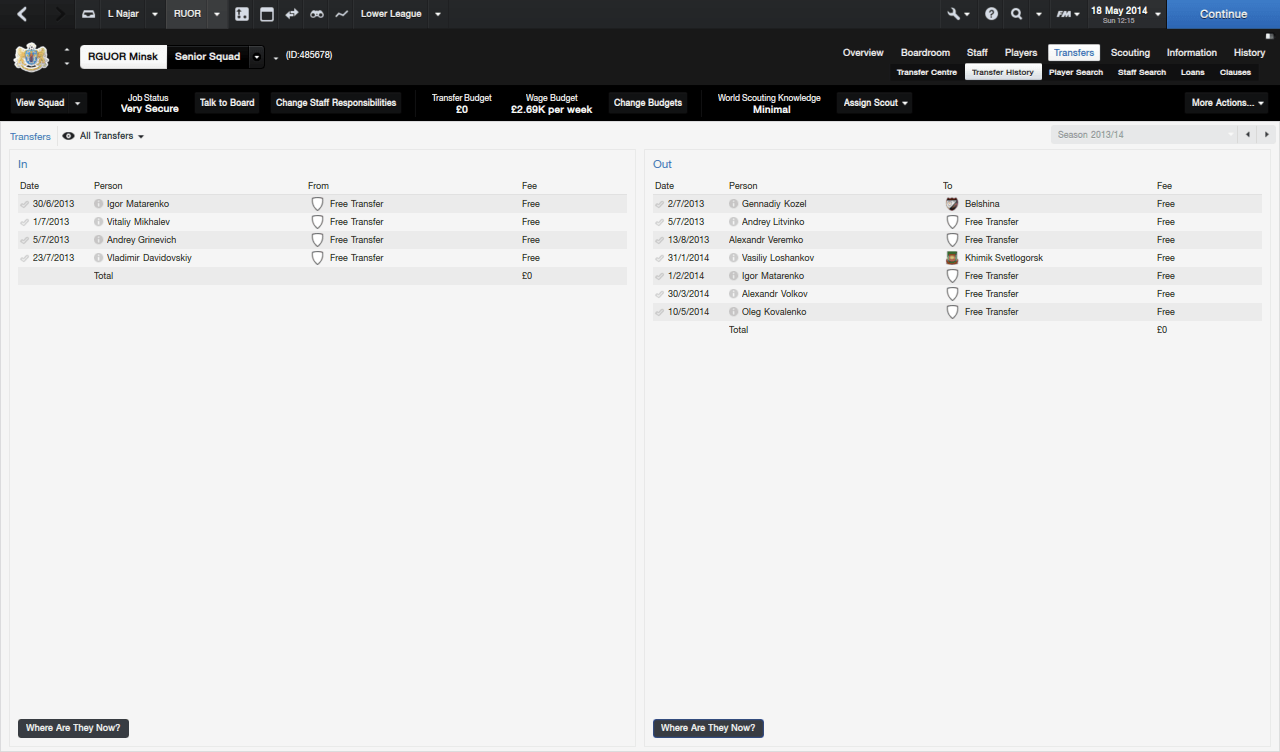 The club signed 4 players on a free. Igor Matarenko was brought in as a right-back to help the team in depth while Vitaly Mikhalev was brought to do the same, but on the left. He could also operate as a centre back. Andrey Grinevich, 33, was signed as a starter while winding down in the last years of his career. Vladimir Davidoviskiy was finally brought in to increase competition in the central part of the pitch.

Gennadiy Kozel left the club after he was snapped up on a free by Belshina.

Are RUOR Minsk ready for the Lower League this season? We’ll find out in a week, when they face Postavy at Home at the Kamolschvik.
Login to Quote

First Half of the Season 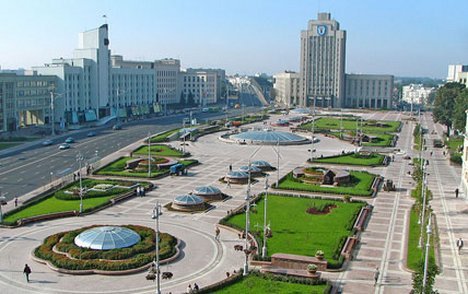 We were not drawn in the Belarusian Cup this year as part of the 6 Lower League Teams that join, as we unluckily lost in the raffle. At least we can focus on the league very easily now without any competitions besides the league. I will be updating over two halves this season, but it will all change next season.

Domination! We only conceded 3 goals as we continue to have the best defence in the league while our attack does not show up at times which is shown in the 3 draws that we have had. Valentin Ivanov is originally a False Nine, and I played with two up front as he helps the striker score more goals, but it did not work. I utilized him as a Poacher and he started to bang in those goals! 5 in the last two games.

We are top of the league with 9 games to go.

I know this is a small update, but the Lower League is a very simple and small league so that is all we have!
Login to Quote

Aaron
7 years
Great start!:D Keep it up mate, hopefully you can take home the title!:)
Login to Quote

Second Half of the Season 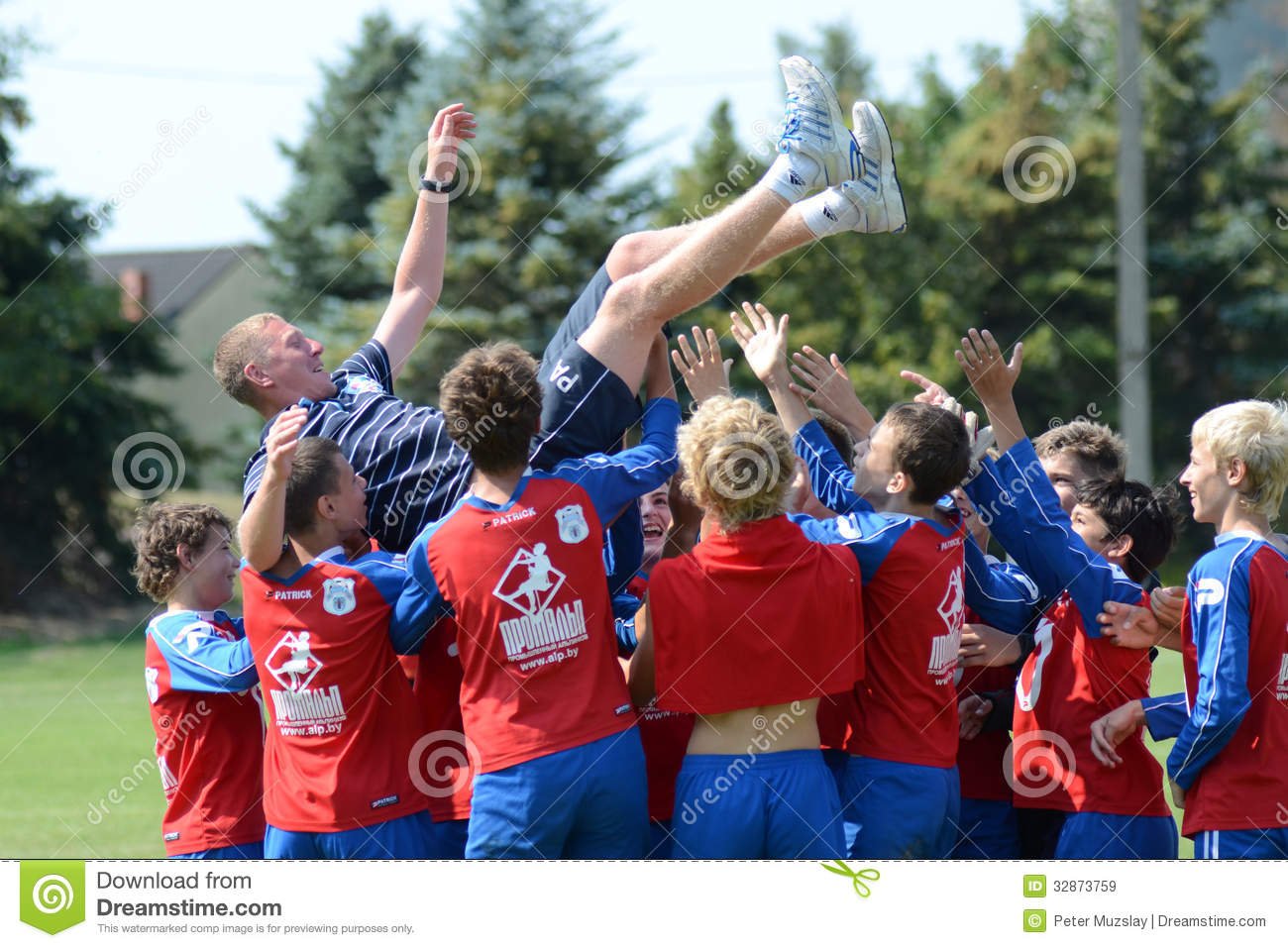 So we are up for our second half of the season. 9 games left until the season ends. Can we do what we are supposed to do? Get promoted easily in our first season? We should and we could. So let’s get to what we have for this update lads. Fixtures and Results, the League Table, and our Youth Intake.

We went on a blistering run which saw us win all of our last 9 games to win the league obviously! We also broke a couple of records on the way (for the Lower League): Most Games Won In A Row (11), Most Games without Losing (18), and Most Team Points (48 out of 54). 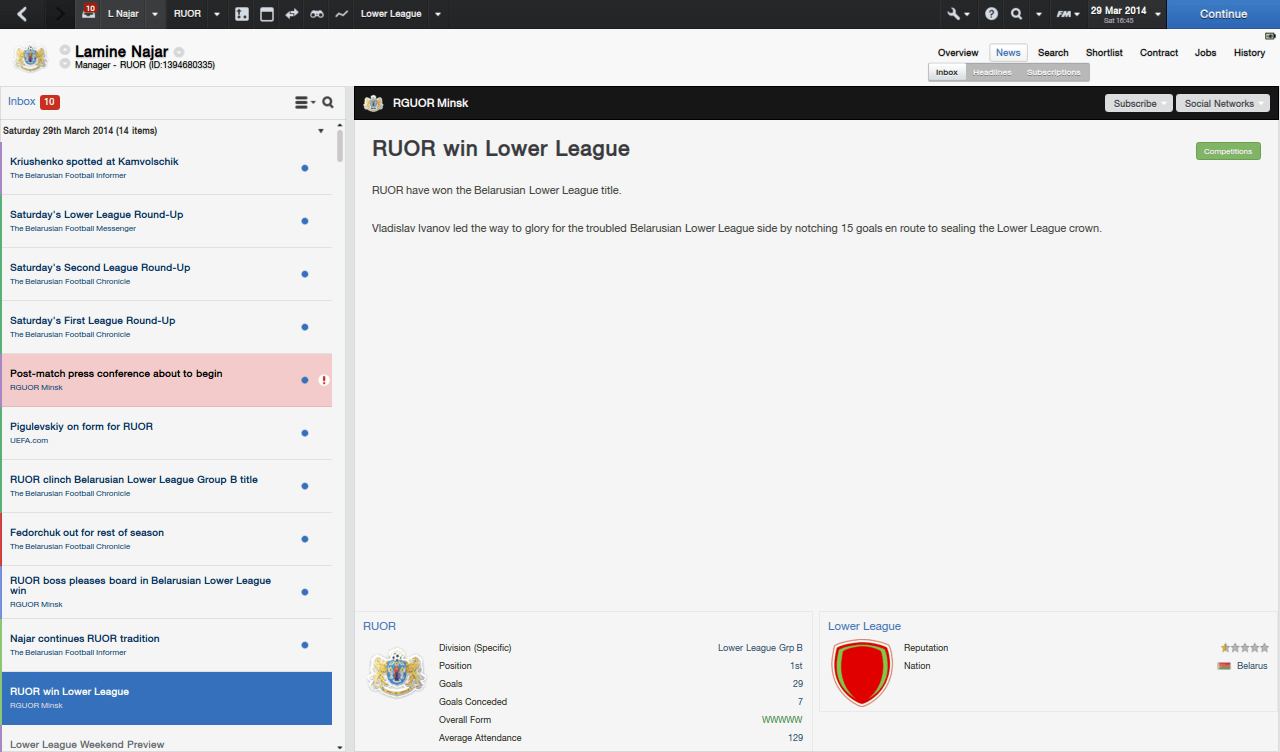 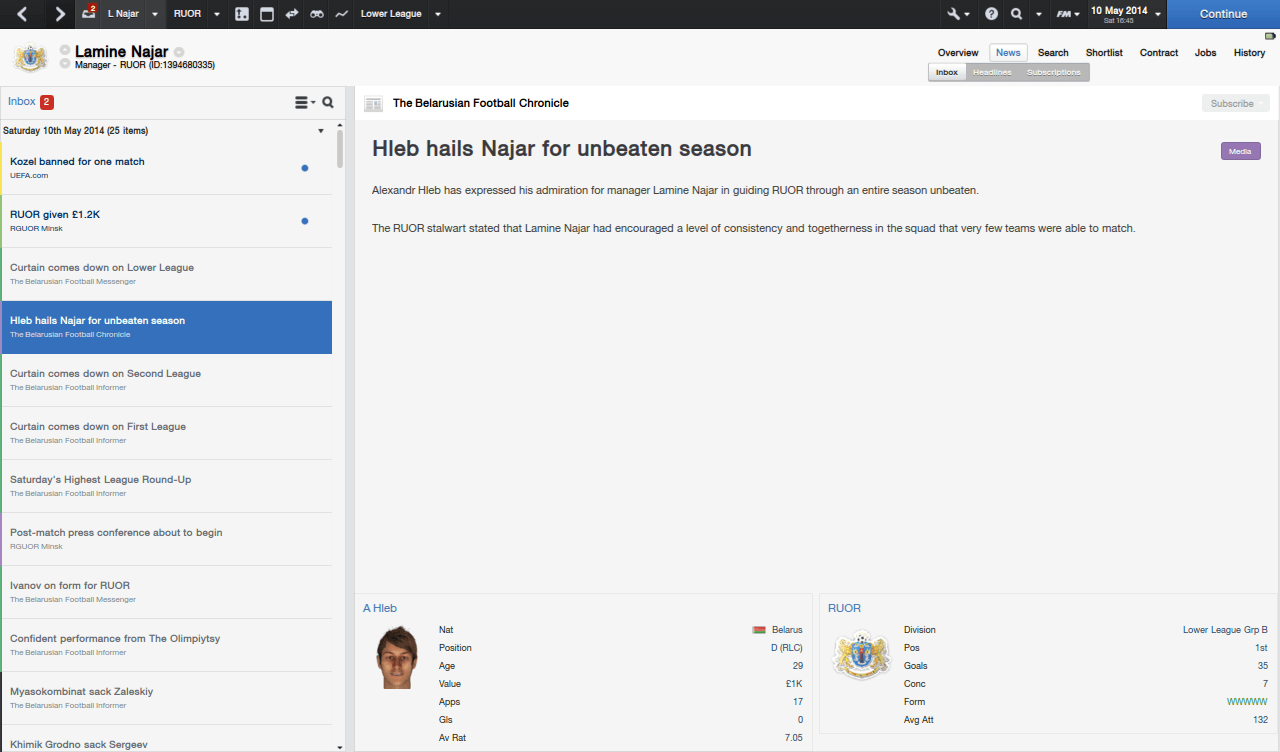 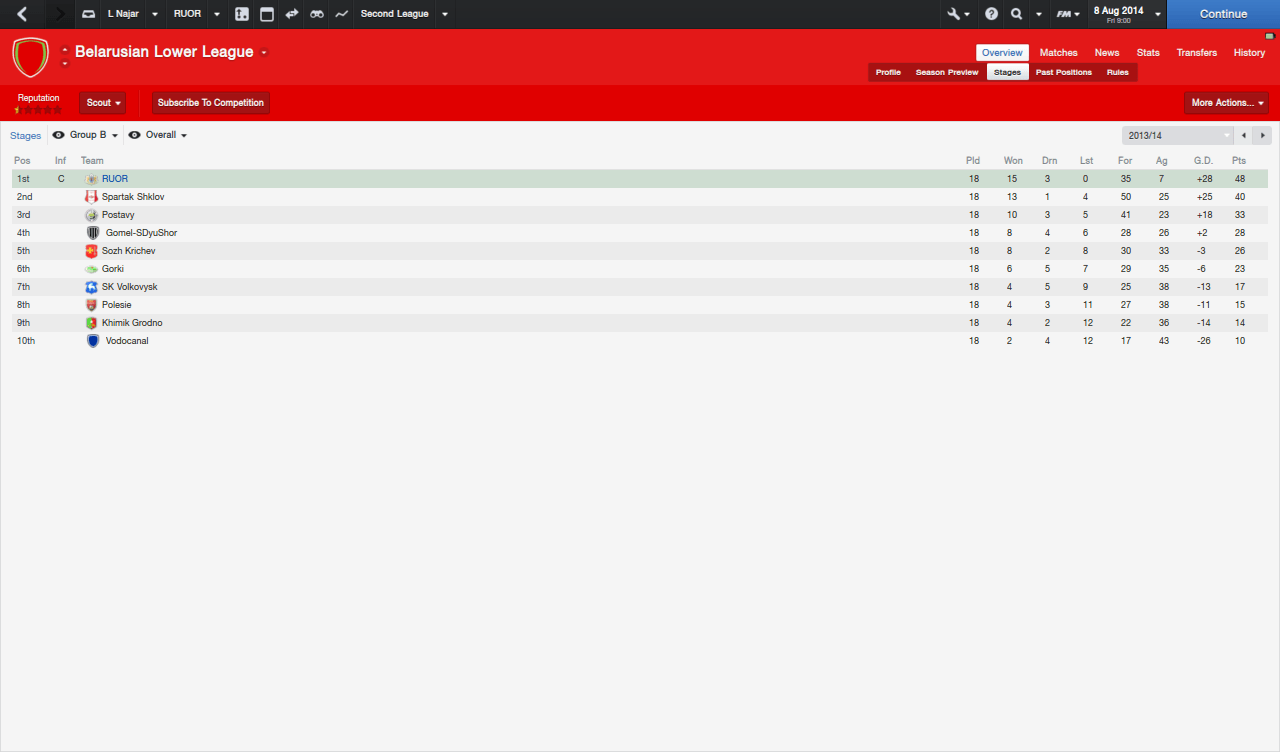 We signed every single youth player that came in as they all showed that they have even the slightest bit of potential, some are great now and will be slotted straight into the first team while some will take time so they will play for our u19s. Vladimir Bykov, I have VERY HIGH hopes for this kid. The Youth Intake was great this season and I cannot wait for next year’s lot.

A fantastic season that we only had 18 games to play in. We did very well and our defence was the best in the league by miles. We conceded 7 goals in 18 games, but our attack wasn’t as potent as it should have been. We only scored 35 goals, as teams below us scored over 40. Nevertheless, we did win the league. Vladislav Ivanov was used as a False Nine at the start of the season and I think that was why we lacked goals. Now, as a poacher - I think he will become one of the best at our club. 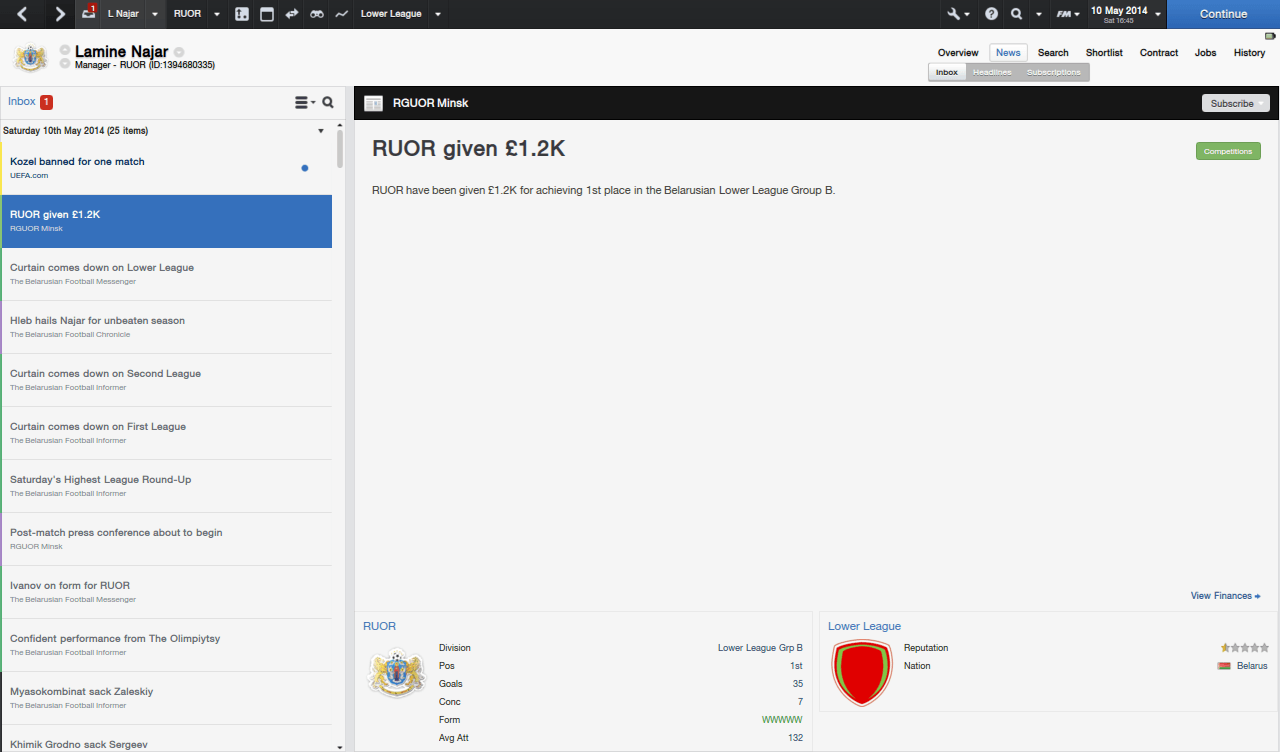 Finances - These need to be improved very soon. Although I think we have some good news coming… 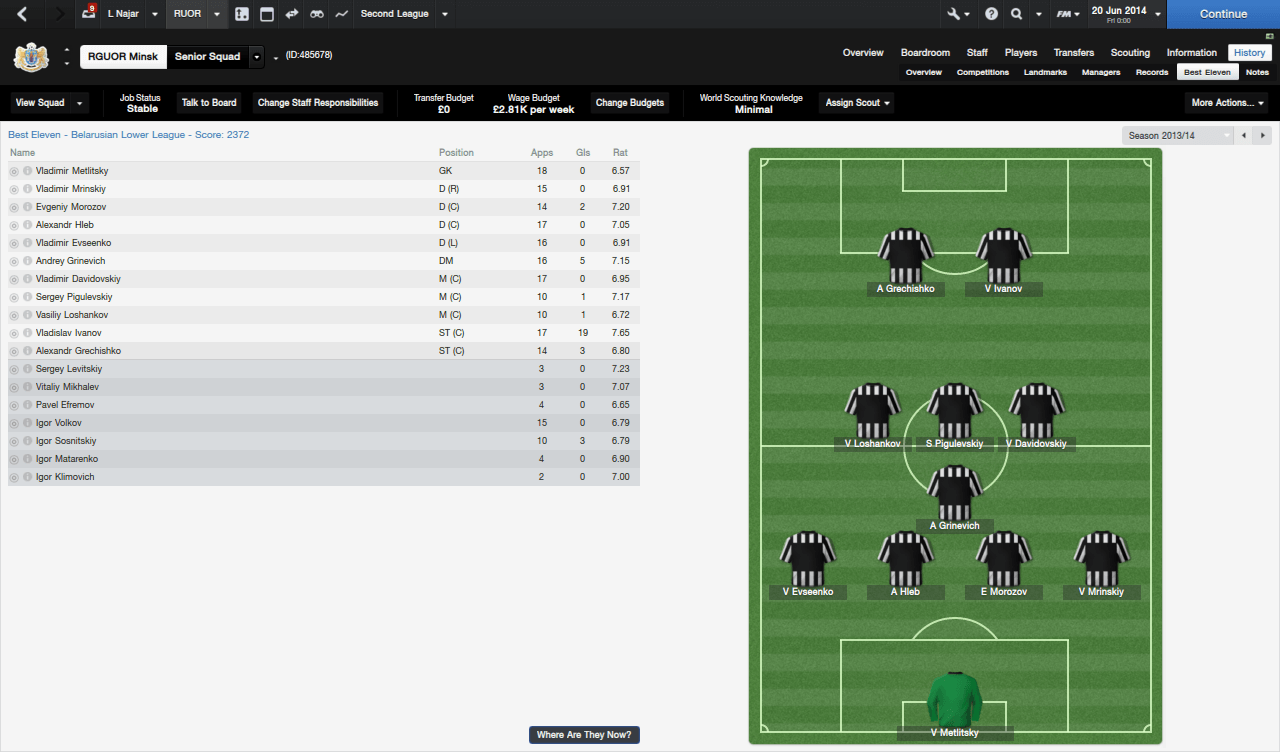 A 4-1-3-2 formation was our main tactic this season as we were strong down the middle, and I felt like this season we needed to start off with the basics before moving down to the flanks.

Fans’ Player of the Year
https://imgur.com/6YFN2L2

Vladislav Ivanov was nothing short of fantastic coming into the second half of the season. I mean, look at his goal record!


Facilities: Nothing of Yet.
Injuries: Alexey Gigevich, for 3-6 months.

You are reading "Stuck in the Depths of Minsk, Belarus".