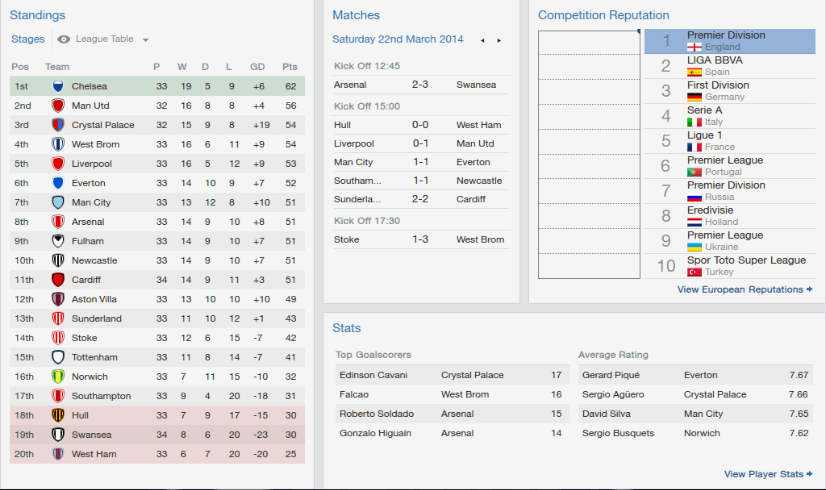 Chelsea are now 6 points clear from United with Palace and West Brom just behind. Liverpool and Man City are having a poor season now. Swansea and Hull are only 1 and 2 points behind Southampton and Norwich. 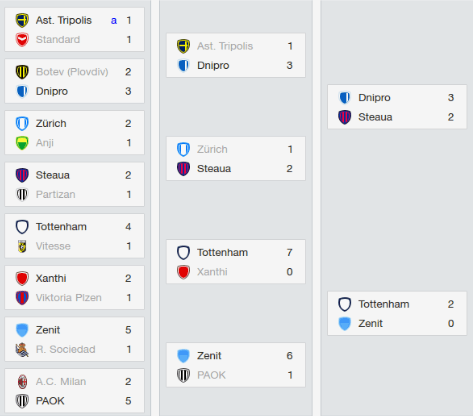 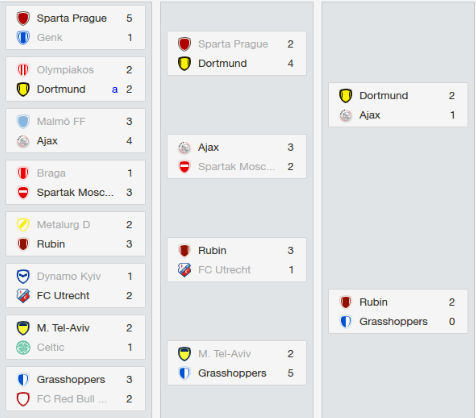 Tottenham are still in the Uefa Europa League and looking good. 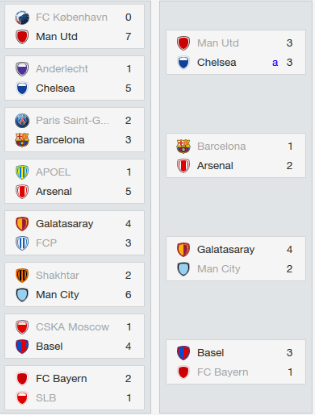 Chelsea defeated Man Utd and Arsenal are through too. Galatasaray and FC BASEL make up the other two sides still in. 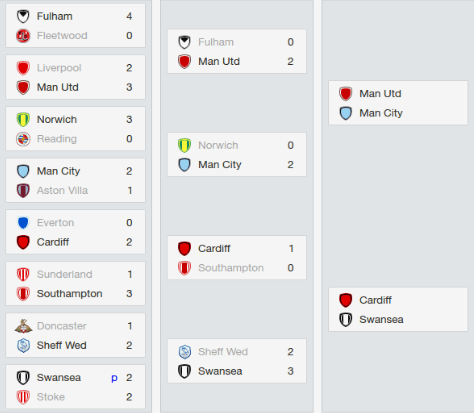 Manchester Derby and Cardiff against Swansea
Login to Quote 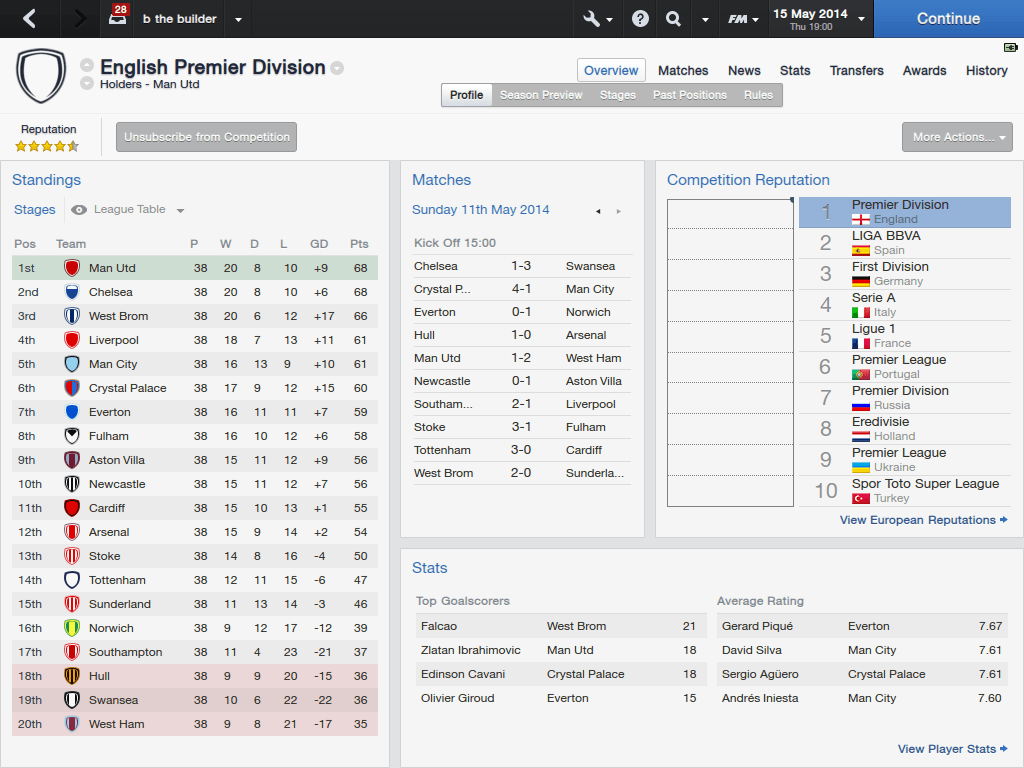 Man Utd have amazingly won the league. David Moyes has won the league for Man Utd with Chelsea second only on goal difference. West Brom finish an amazing third with Antonio Conte as manager.

Palace did well too this season and Cardiff had a good season too. 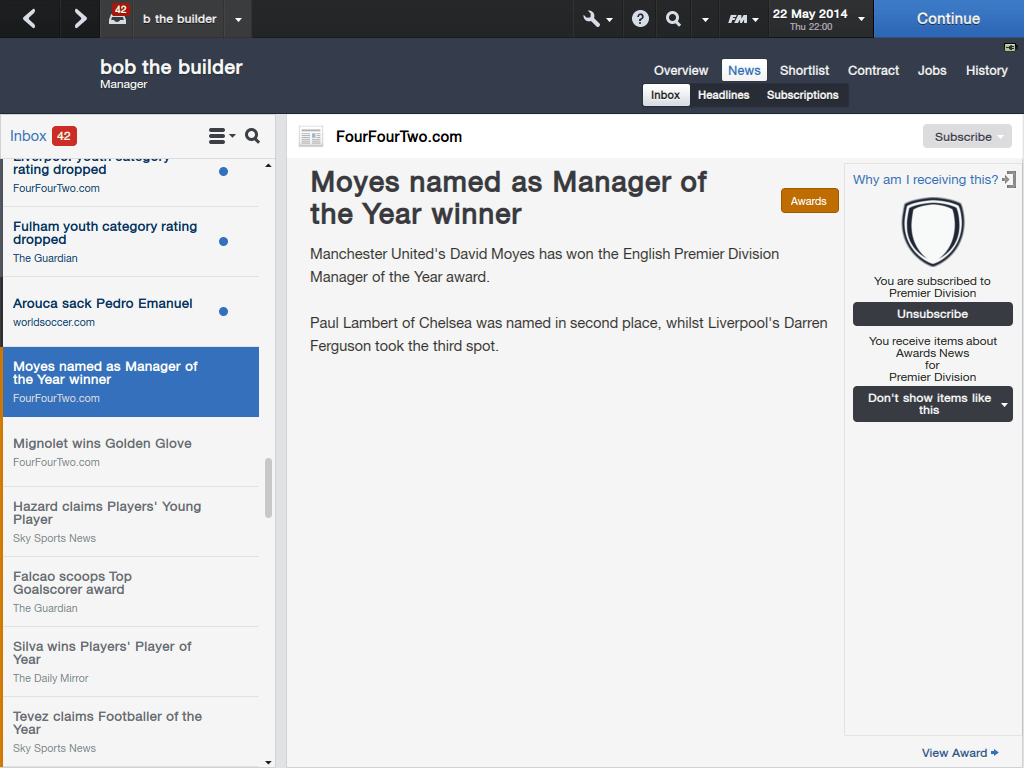 Moyes won the Manager Of The Year with Lambert of Chelsea in Second and Darren Ferguson of Liverpool in third. 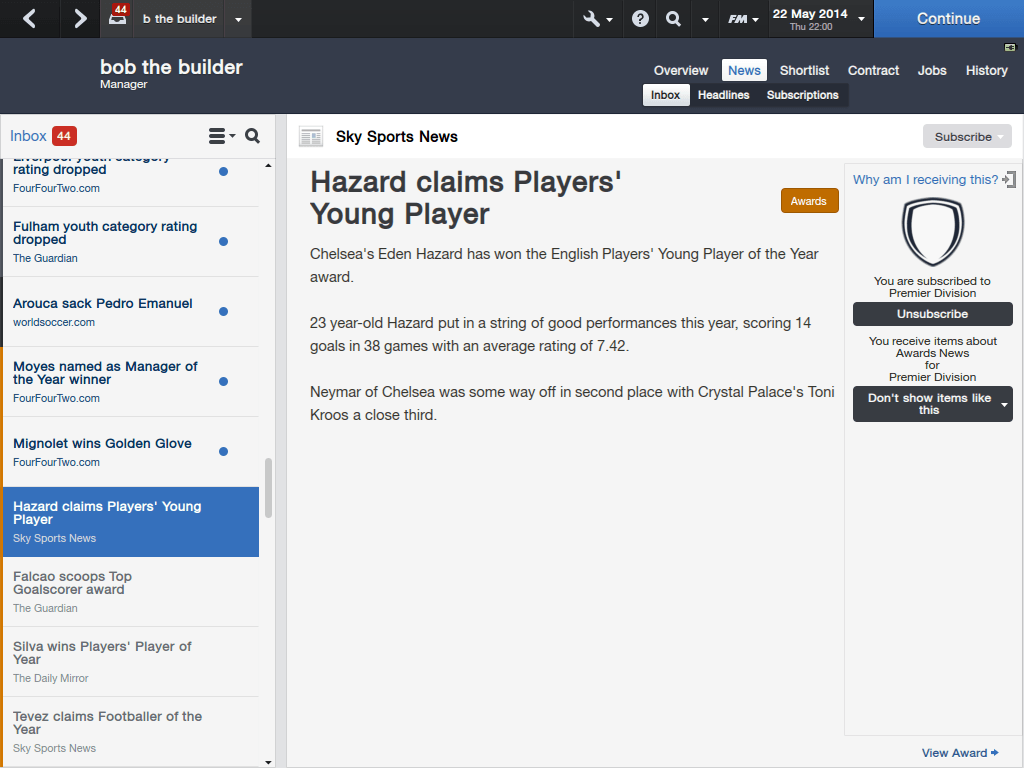 Chelsea's Eden Hazard wins the Young player of the year award. Neymar of Chelsea in second and Kroos of Palace in 3rd. 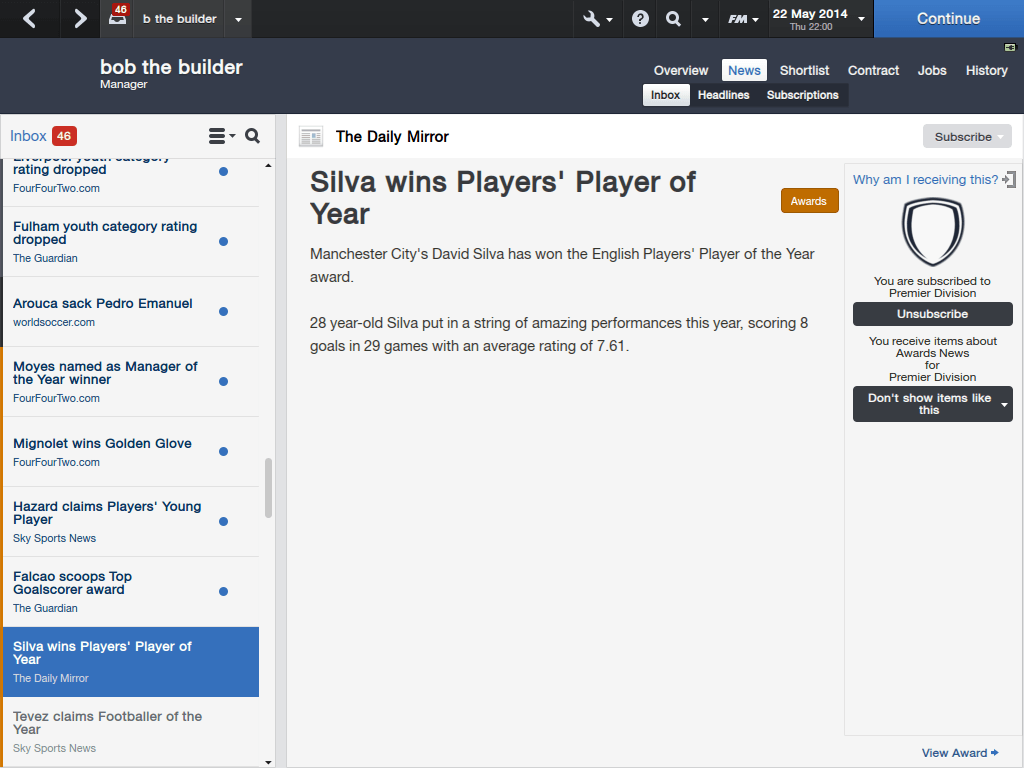 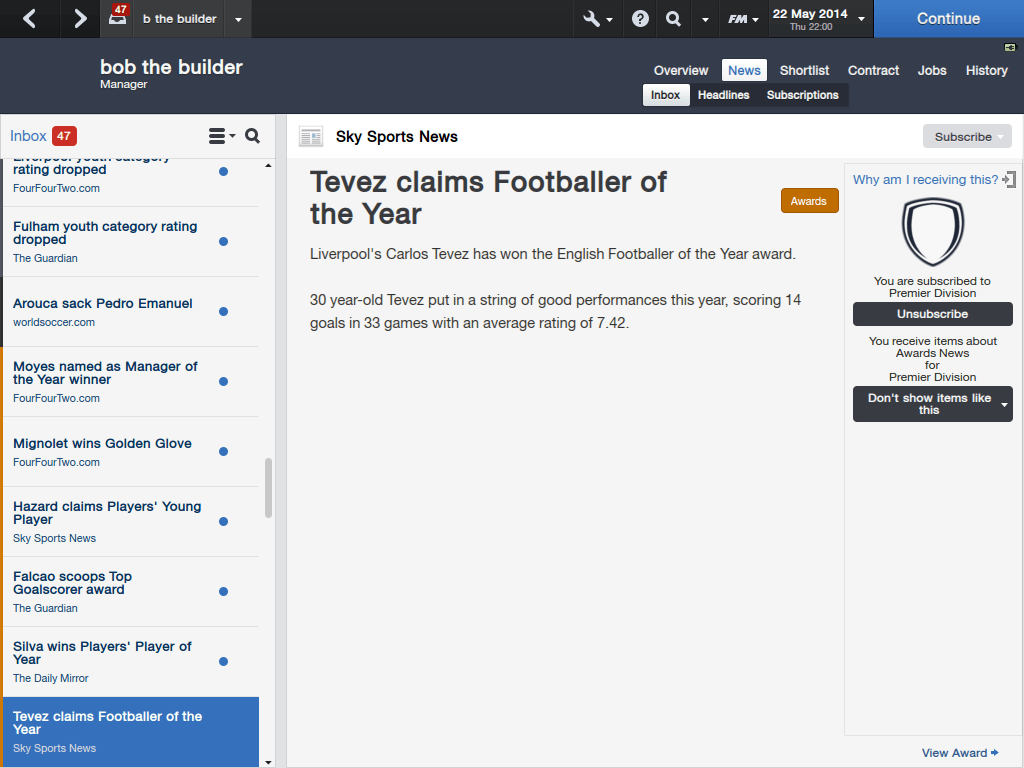 Liverpool's Carlos Tevez has won the Footballer Of The Year so gets some bonus points. 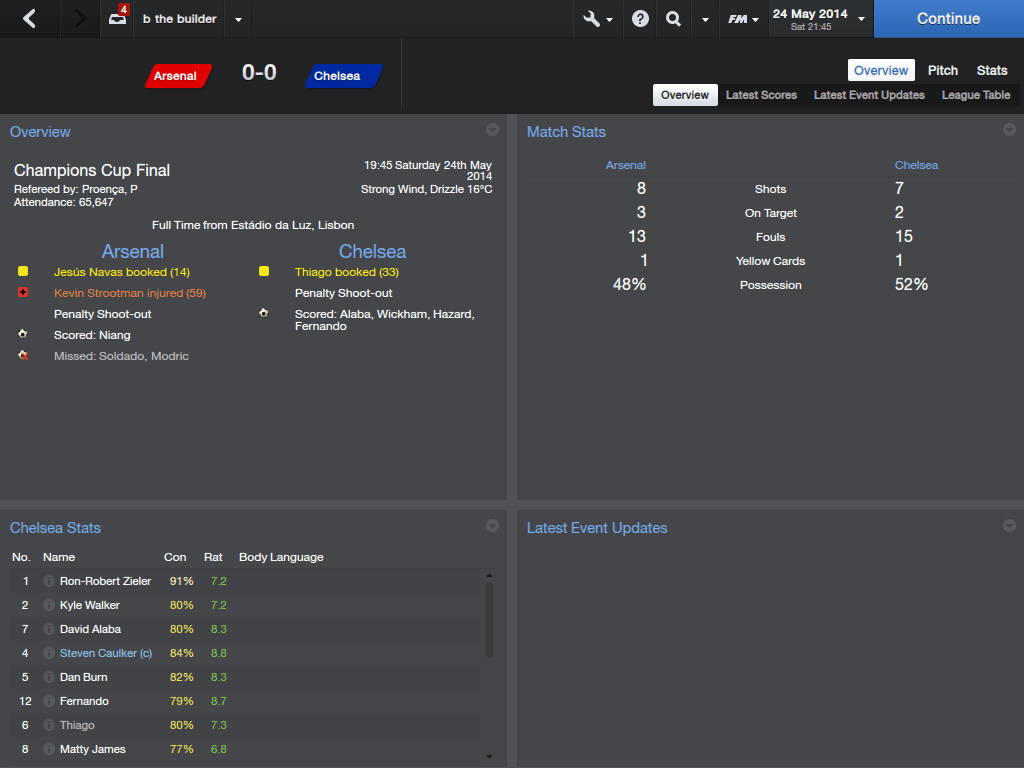 Chelsea win the Champions League with a 4-1 penalty win over Arsenal. 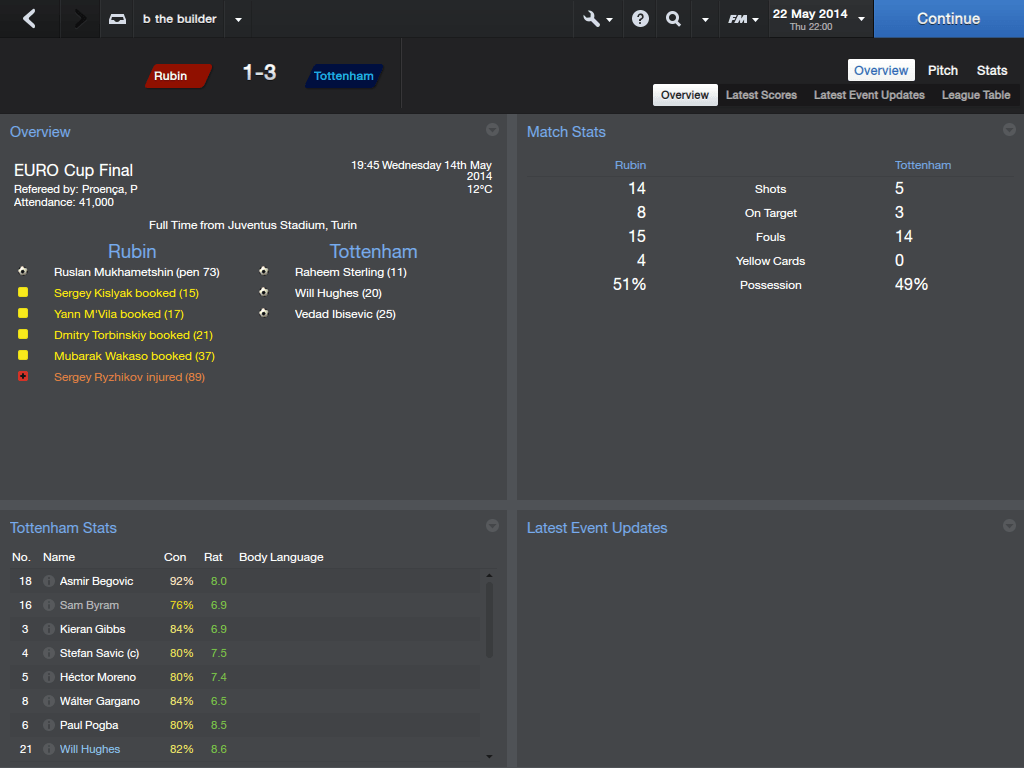 Spurs have won the Europa League with a 3-1 victory over Rubin in Turin. 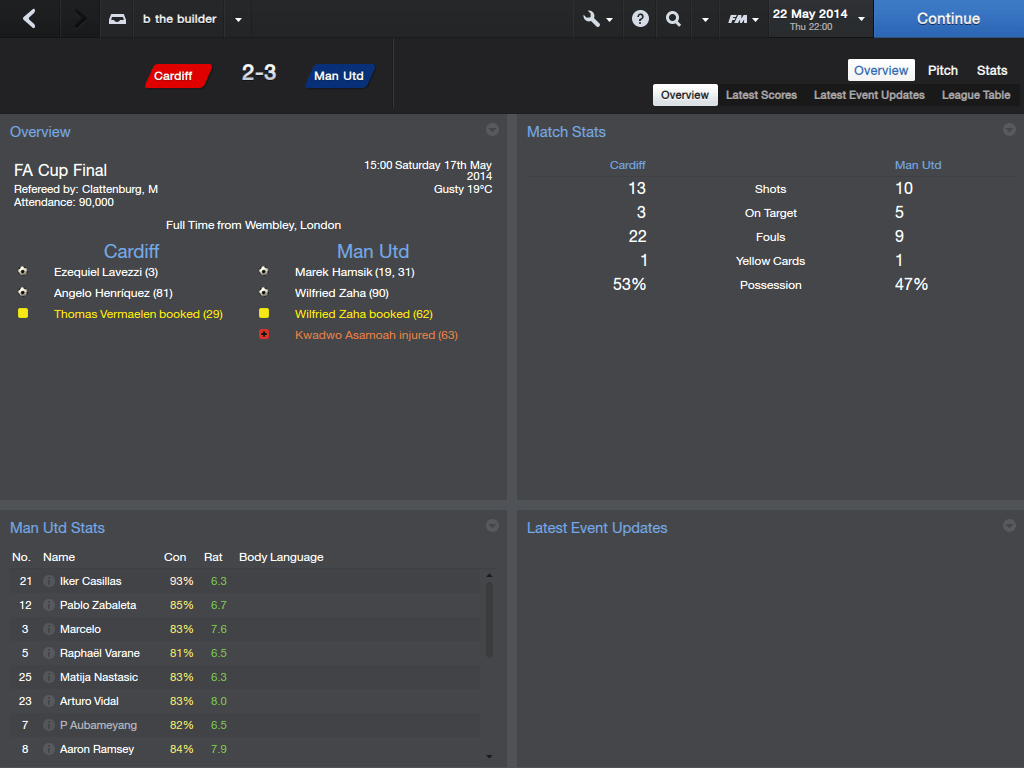 Team Of The Year 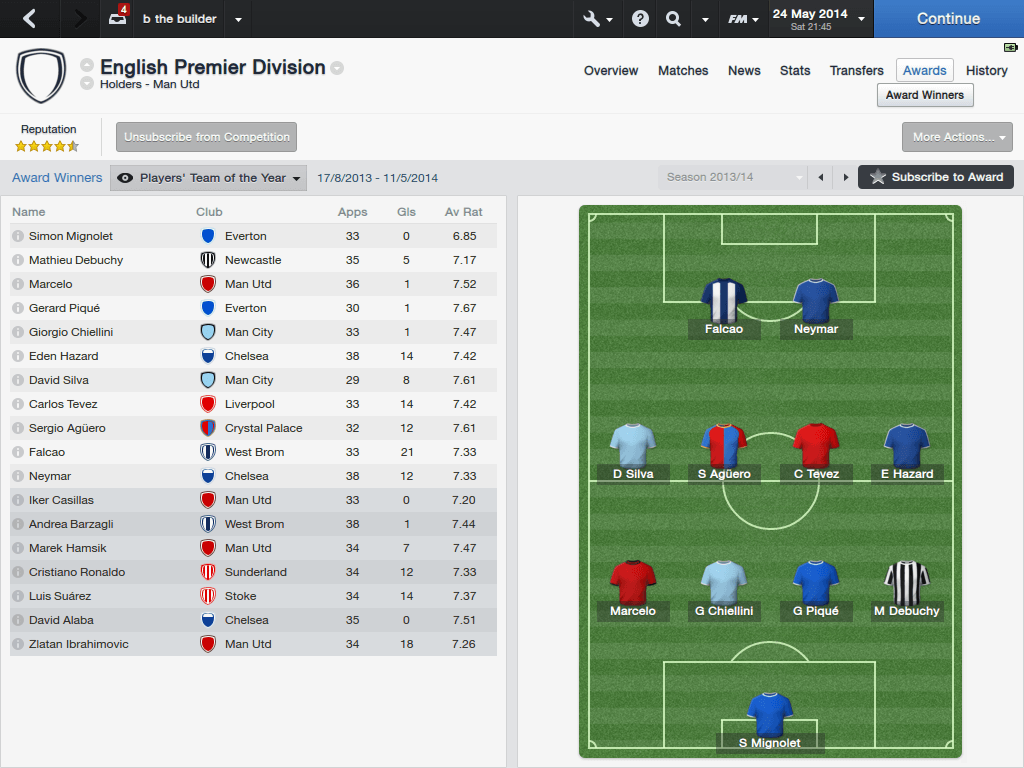 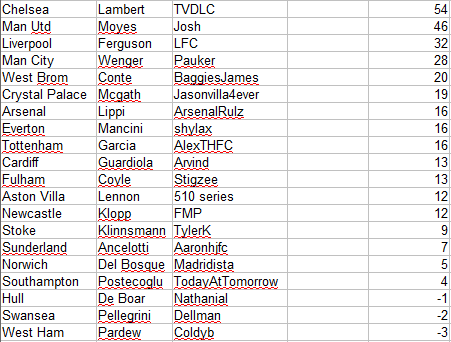 Moyes won us the league! Happy to be 2nd place in the standings!
Login to Quote 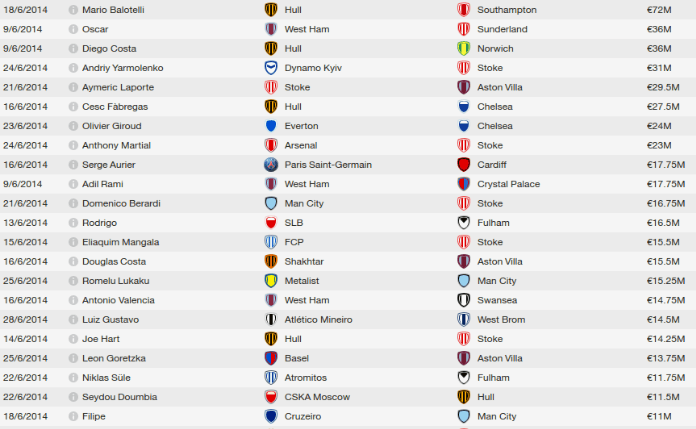 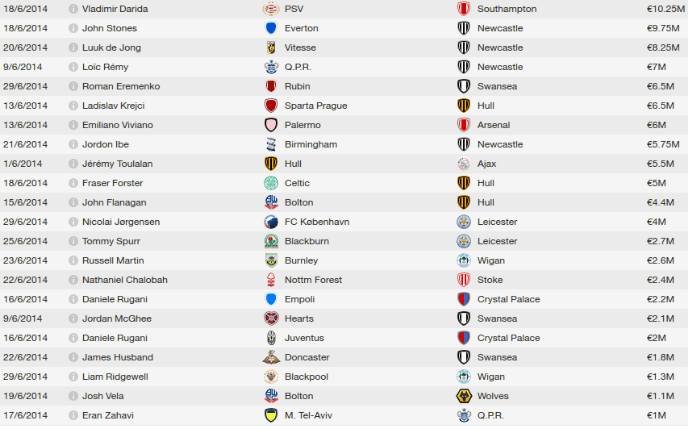 The biggest so far is Balotelli and Oscar moving to Southampton and Sunderland respectively.
Cesc and Giroud moving to Chelsea are big transfers too. Joe Hart moves from Hull to Stoke.

Odds for Next season 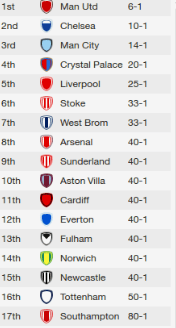 Man Utd are favourites for the title, West Brom at 33/1 look an outside bet and Palace are better odds than Liverpool and Arsenal.

I will keep you updated about the other 3 teams that got relegated.
Login to Quote

dellman
6 years
Valencia of all people -.-
Login to Quote

AlexTHFC
6 years
I signed nobody, finished 14th but then WON THE EUROPA LEAGUE! Not bad.
Login to Quote 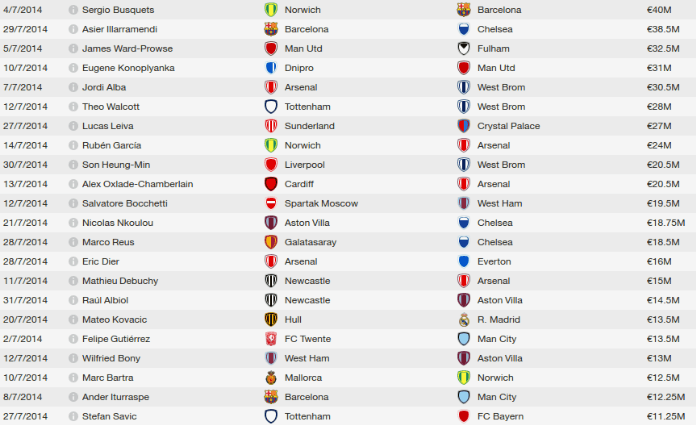 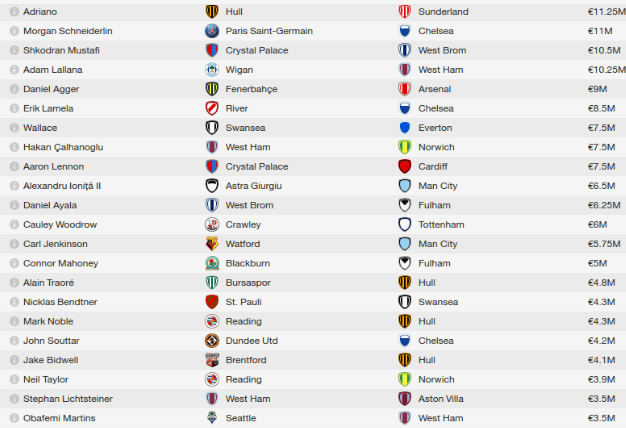 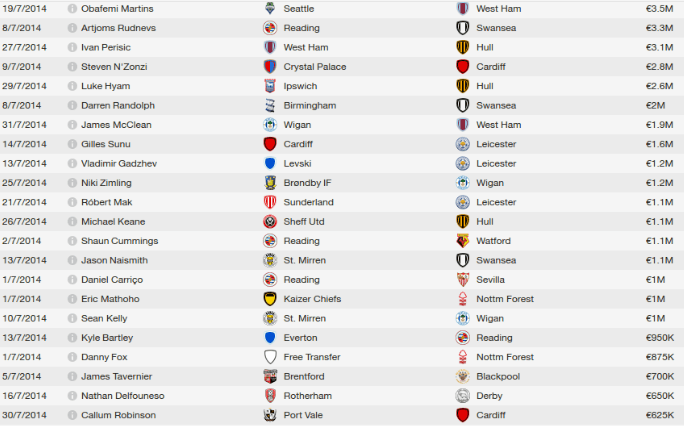 So Busquets leaves the Premiership for Barcelona, Ward Prowse moves from United to Fulham for 32.5m and Jordi Alba and Theo Walcot move to Conte's West Brom. Bendtner moves to Swansea too.
Login to Quote


Who is In Charge Of Your Club! 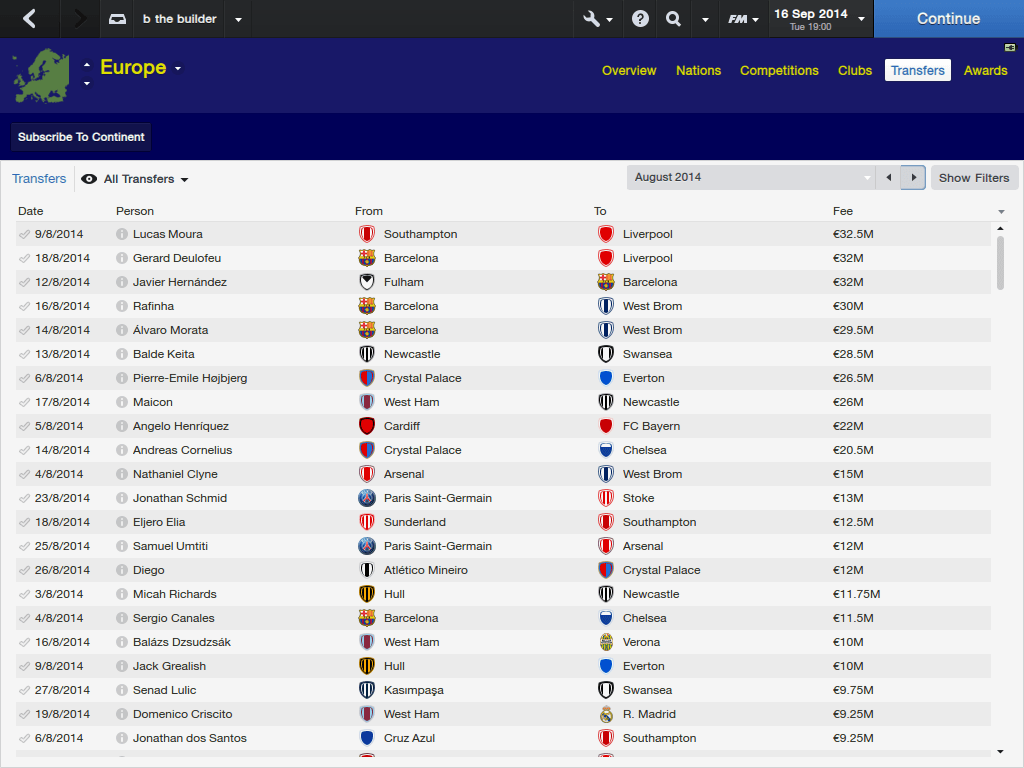 Griezmann was the most expensive transfer on deadline day but Ravel Morrison's move to Liverpool stood out for me.
Login to Quote

Denzy
6 years
Liverpool are not messing about! C'mon Redmen, But sack the manager

You are reading "Who Dares Wins: The Return (The Story)".