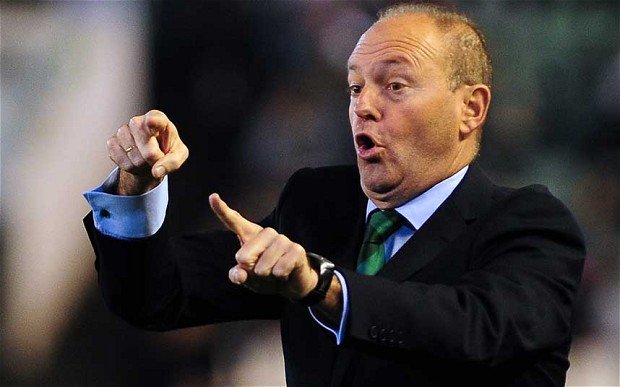 West Bromwich Albion have today sacked their new manager Pepe Mel after a serious of rows between the Spaniard and his players. Mel, 50, was sacked by Spanish side Real Betis at the end of last season, despite guiding the club to a 7th place finish in their fist season back in the Spanish top flight after he had got them promoted in his first season in charge and was fuming after he got fired with no reason at all. The reasons that West Brom have fired him have been released in a club statement by chairman Jeremy Peace below.

"All of us at West Bromwich Albion are sorry for the decision to sack Pepe, as he never got the chance to even be in charge of a game in his time as West Bromwich Albion manager, but me and the fellow members of the board felt that the events that have taken place over the past month are ones we cannot ignore and we needed to take action. On the training ground there was a lack of communication due to the fact that Pepe cannot speak English too great. Because of this lack of communication, he has been involved in a few bust ups with players such as Nicolas Anelka, Diego Lugano who speaks fluent Spanish, Saido Berahino and Jonas Olsson, and the bust ups have all occurred because he cannot get his ideas across to the team correctly. We can't have the manager fighting with the players here at the club, and subsequently we have decided to take action. This summer has not been great with Steve Clark stepping down, and now we are once again manager-less after we sacked Pepe Mel, but we can guarantee the fans we will sort out this situation as soon as possible so we can get back on track with football and focus on the upcoming season."
Login to Quote


Thanks!
Login to Quote 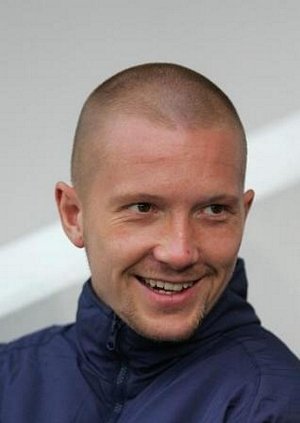 West Bromwich Albion have today hired their new manager to replace Pepe Mel in the form of the clubs former defender Thomas Gaardsøe. Former Danish international Gaardsøe has said it came as a surprise when Baggies chairman Jeremy Peace contacted him about a possible interview for the vacant hotseat at the Hawthorns, and immediately flew out to England so he could have the interview for the job. It’s been revealed Peace checked out Gaardsøe’s management skills not long ago after hearing rave reviews about the Baggies favourite’s performances while in charge of a non league side in his homeland of Denmark, where his possession football tactics impressed alot of critics as he went on a 2 year unbeaten streak with his side. The 33 year old has apparently signed a 1 year deal worth around £28,500 and has been asked to try and keep the team in the Premier League, and not try to focus on beating last season’s 8th place finish.

In a career which was blighted by injuries, former centre back Gaardsøe started his career out at Danish die Aalborg, where he stayed from 1997 until 2001, scoring 6 goals in 92 appearances, before then moving to England to enjoy a two year spell with Ipswich Town between 1997 and 2001 where he made 41 appearances scoring 5 goals. A move to West Bromwich Albion was then on the cards in 2003, where he made 81 appearances and scored 4 goals before leaving the club in 2006. Following extensive groin injuries, he then retired from football after being unable to return to full fitness following his groin operation. In 2009, he then returned to childhood club Aalborg making 6 appearances for the club before leaving for division rivals Esbjerg in January 2010 to find regular first team football. He made 22 appearances for them before leaving them upon the expiry of his contract in 2012, and after he didn’t manage to find a club, he retired from football for a second time two months after he last had a club. He also managed to make 2 appearances for the Denmark National team, scoring once, after progressing through the U-21 set up where he made 10 appearances scoring once.

Fans have been commenting on the situation on social media sites such as Facebook and Twitter saying while they are disappointed that the club didn’t hire a manager with a bigger reputation in the managerial world and someone who had more managerial experience, they are delighted at the fact they have hired a former club favourite as the new manager to take them forward and hope he can have a successful time in charge. Some fans even said they would not be mad if Gaardsøe got the team relegated in his first season, as he is new to management and needs time to build his own squad and line up.
Login to Quote

You are reading "West Bromwich Albion - The Lord's My Shepherd".