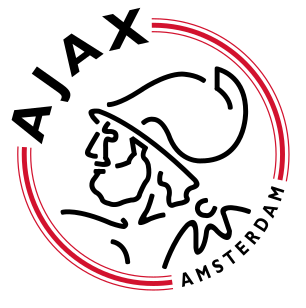 OOC:
I made this challenge up because I usually like to work on developing youth players and I consider myself to be one of the few people who actually likes regens! Hoping this one translates into a really enjoyable long term save which challenges, but proves to be fun as well!
Also, this is my first story so yeah

http://i62.tinypic.com/tak4lz.jpg
I believe that this is one position in the squad that does not need strengthening over atleast half a decade. Vermeer is a very decent keeper right now at 27, while Jasper Cillessen (24) and Mickey van der Hart (19) can easily fill up the GK spot later when Vermeer decides to hang up his cleats. Van der Hart does need some time out on loan to develop further but at only 19 he seems like a very good prospect for the future, and he and Cillessen can compete for the spot after Vermeer and might get equal playing time.

http://i60.tinypic.com/2mn18gg.jpg
Among left defenders (and left backs), Daley Blind (23) and Nicolai Boilesen (21) seem to be good options currently while retaining a decent amount of scope for development, atleast in Nicolai’s case. The left defensive position does not look like it needs a lot of tweaks or additions since both these players are young and have a decent amount of ability to handle this position – atleast until some decent players come up through the ranks via the Youth Academy. In case I decide to play wingbacks, both Blind and Moisander can play that position.

http://i58.tinypic.com/2q1gwa8.jpg
This is perhaps one of the most well-stocked areas of the club, since here we have a lot of players who can perform currently as well as players who can go on to be stars of the future. Vice-Captain Moisander will play as many matches as injuries and fatigue will allow, with van Rhijn and van der Hoorn, both in their early 20s being the players that would ideally take over the reins of the defence, also, if I can, Denswil seems to be another stellar option for the central defender role. I might think of letting Sporkslede go, after the first season depending on how he performs. Veltman can act as a role player and fill in when needed.

http://i59.tinypic.com/awuwlz.jpg
I think the right defence is where we need to bring in some talent later on, since my plan is to play van Rhijn in the CD role, and Blind would according to me be most apt for the leftback position, leaving us only with Ruben Ligeon on the right side, and this might lead to issues as he isn’t really ready yet. However, in the first one or two seasons, considering the fact that we would not really have a huge transfer budget, it seems that it would indeed fall to Ligeon to cover for us on the leftback and this is one issue that is indeed bothering me.

http://i61.tinypic.com/2djdyz9.jpg
Poulsen should retain the DM role, but due to him almost nearing the twilight of his career at 33, this is another area that needs some strengthening, however, Enoh will hopefully cover for a while, and Blind can play this position sometimes as well. So this is the second area that according to me needs some strengthening, and perhaps the more glaring weakness in the team, as this will need to be dealt with right after the first season – or it might prove to be costly for us.

http://i61.tinypic.com/13yhyt0.jpg
I can safely say that this is another area of the team, for which we are set for more than half a decade with a whole bunch of good players. De Jong will usually start in the first few matches. As I usually play an attacking central midfielder, then de Jong would be ideal to start and then after a few seasons I can easily see Lucas Andersen competing with him for the spot.


Left http://i57.tinypic.com/28i3jnp.jpg
Right
http://i58.tinypic.com/adkzdk.jpg
The wings seem to be secure with Fischer being the man who will handle the left wing, and Schone and Andersen taking the right. Although, to me, the right wing seems a bit weak at the moment since both Schone and Andersen aren’t really very good currently, but unfortunately, a winger would cost too much to get (to meet immediate needs) and therefore, our best bet might be to remain with Schone and Andersen and just hope for the best since, there are areas that have more pressing concerns.

http://i60.tinypic.com/w1wleo.jpg
The striker role is perhaps the strongest as of now, thanks to Bojan who is on loan from Barcelona and Sigporsson, who can become the first choice striker in the near future since he can develop immensely. However, the main concern here is to either buy Bojan from Barcelona or find another striker who can play at an equal level, since Sigporsson would need atleast another two or three seasons to reach the level we are hoping for.

Weak areas/Areas to strengthen: The right defender role/rightback and defensive midfielder positions are two areas that we need to strengthen over the course of time. However, I consider the DM role to be more pressing as Christian Poulsen is already 33 and although he is a good player, I don’t think he will be able to keep up the level of play two or three seasons from now.

http://i61.tinypic.com/348otw3.jpg
The facilities are all in order (what else would one expect from Ajax?), though I might try to get the youth facilities and training facilities upgraded a bit depending on how the first transfer market goes. Apart from that, everything else is perfect.

Frank de Boer fired as Ajax appoint new manager!
http://thinkfootball.co.uk/wp-content/uploads/2014/02/fdb.jpg
Ajax have just announced that the board has decided to terminate manager Frank de Boer’s contract following statements made by the (former) Ajax manager that he would be keen on taking up the jobs at Liverpool and Tottenham. It is believed that this had upset the board and is believed to be the prime reason behind his firing. Frank had previously led the Ajax team to three Eredivise titles and Johann Cruijff Shield victories, and had a largely successful stay at the Amsterdam Arena. The Ajax board has collectively wished Frank de Boer the best in the future and has stated that although things had to end like this, they will not forget what de Boer had helped the team accomplish in the previous seasons.

But that is not all, the Ajax board has gone ahead and declared who the next Ajax manager will be, picking a virtually unknown Indian as the new person to lead the team ahead. The person in question is Arthas Saturn, a 25 year old Indian who has previously had a stint at the Ajax Youth Academy as a player. However, he never could reach the success everyone hoped he would and had to cut his career short. Arthas then went on to graduate in Statistics and Analytics – which is believed to be another reason behind his appointment as there are hopes from the Ajax board that he can create some sort of a ‘money-ball’ technique to apply in Soccer. Arthas was previously a right winger for Ajax Under17s and was touted as one of the best prospects in the academy. There were high hopes from him, with some calling him the future of Indian football who would lead the national team away from mediocrity, however, Arthas had to cut his career short due to a career ending injury sustained whilst being tackled in an Under17 match. However, with his return to football, the Ajax board will surely be hoping he continues the Ajax tradition and takes the team forward. Whether he can live up to the expectations still remains to be seen.
Login to Quote

AFC Ajax have just confirmed the signing of young Argentinian striker Ezequiel Rescaldini from Argentinian club Velez for a sum of £1.6 million. Rescaldini has subsequently signed a three year contract at £10K per week. AFC Ajax were believed to be looking at a number of young strikers including Rescaldini and Swedish sensation John Guidetti, who is currently at Manchester City, in order to replace on-loan Barcelona striker Bojan once his loan deal ends. Barcelona had previously rejected a £7 million bid from Ajax for Bojan (further asking for a stellar sum of £23 million for the 23 year old), and Manchester City too had rejected Ajax's bid for John Guidetti - valuing him at £15 million. In the end, Ajax signed Rescaldini who was said to be new manager Saturn's second choice after Bojan from Velez.

At the press conference for unveiling their new signing, manager Saturn had this to say about Rescaldini: "I am absolutely happy to welcome Rescaldini to Ajax and hope that both of us can grow together in the years to come. I also believe that at £1.6 million, Rescaldini was a huge steal for us considering that he has the ability to transform the game with his goalscoring abilities. I am sure that we can achieve our aims together and hope for him to have a long and successful career here at Ajax".

Saturn's Pre-Season Review:
We had a decent pre-season and the Dutch Super Cup made it even better, also giving me my first silverware here with Ajax! (hopefully the first of many to come) However, I think we played not so well in the Dutch Super Cup and were quite honestly lucky to win through the own goal scored by AZ's defender Etienne Reijnen, and will definitely have to up the ante once we face good opposition in future matches.
Login to Quote

Thanks all three of you

Slid3Tackle
8 years
Mate, it's a great signing! I signed Rescaldini at Fiorentina and used him a lot. In 3 seasons his value was around 40m!
Login to Quote

Hope you enjoy reading this further. This is my first FM Story so I dont really have great expectations from myself


Thanks man! Hopefully Rescaldini will fill in for Bojan


Cheers mate! Haha, that sounds great! He is already playing above expectations for me

Review: A good start to the season, we picked up four somewhat comfortable victories and a draw and it seems as if the team has hit the ground running.

Player of the Month
http://cdn.caughtoffside.com/wp-content/uploads/2014/01/Niklas-Moisander-Ajax.jpg

Our player of the month for August would just have to be Moisander. Although it could very well have been Bojan, I picked Niklas because he got us goals despite being a defender and had been totally rock solid as our centreback. He timed most of his tackles to perfection and gave opponent strikers a nightmare. Also, he brings to the field an unfazed and unadultered fire, a fire to win and to keep trying which rubs off on his teammates!
Login to Quote

Slid3Tackle
8 years
A very good month! Keep it up!
Login to Quote