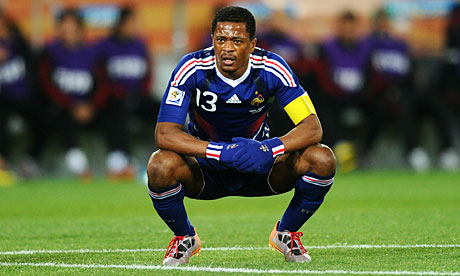 Scotland mauled France today in a shock result at Hampden park. The French arrived at the stadium with a team full of youngsters, many uncapped at senior level, and seemed complacent in their play; a complacency Scotland swiftly punished them for.

A quickfire double from Jordan Rhodes and Steven Fletcher meant Scotland were 2-0 up inside of 10 minutes, and the French were reeling. The noise inside Hampden Park was deafening, and Fletcher cranked the volume even further when he rifled a shot high into the net on 14 minutes, and followed it up with a 2 yard tap-in on 16 minutes to seal his hattrick.

The Scots showed no signs that they were content to settle for making it through, instead the continued to hassle the French defence, and the usually tight defence looked like they had no idea how to deal with Jordan Rhodes and Steven Fletcher up front. Fletcher scored again in the 21st minute, and by now the French were arguing with each other on the park, and manager Dider Deschamps looked like he was writing a resignation letter on the touchline, as the teams went in at half time with Scotland 5-0 up.

After half time, France looked much more threatening, and Loic Remy gave them a slim glimmer of hope on 62 minutes, as he sliced the Scottish defence open and made a mockery of Gilks before tapping the ball home. Jordan Rhodes was having none of it, and he silenced the flickerings of hopeful song from the French support with a 67th minute freekick from the edge of the area.

A further goal from Fletcher, and an own goal from Hugo Lloris finalised the French Capitulation, and Scotland celebrated their qualification long into the night. 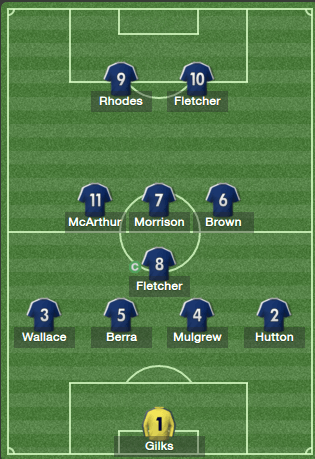 N.B:I have no idea what happened here, but it's also previously happened in my Wrexham save...:/
Login to Quote

InvertedWingbacks
8 years
Cheers mate: next update will look at our WC Group, and i might do a couple of spotlights on players who're in contention for a WC spot
Login to Quote

Lisbon67
8 years
sounds good, hopefully you will get a bit of luck with the draw
Login to Quote


Todays World Cup draw presented us with some interesting matchups, including Group D's match up between Germany and Portugal; Group H's Holland and Uruguay and Group A's Brazil and Czech Republic matchup.

Scotland were drawn into Group B, along with Australia, Mexico and South Africa. 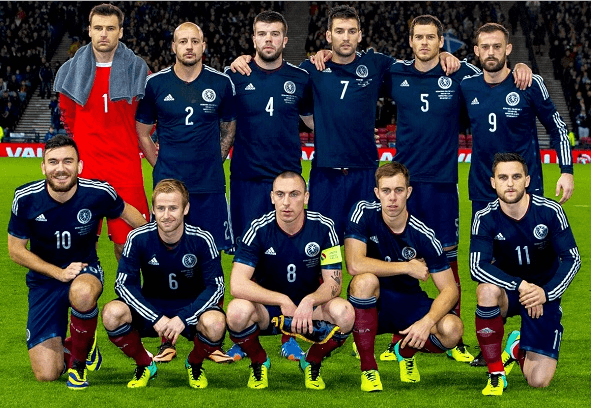 Scotland's media and fans are said to be optimistic about the campaign, as always, and some critics have been discussing the merits of various players who featured in the qualifying campaign as being leading candidates for the World Cup Squad, and we'll be considering these in the coming weeks
Login to Quote 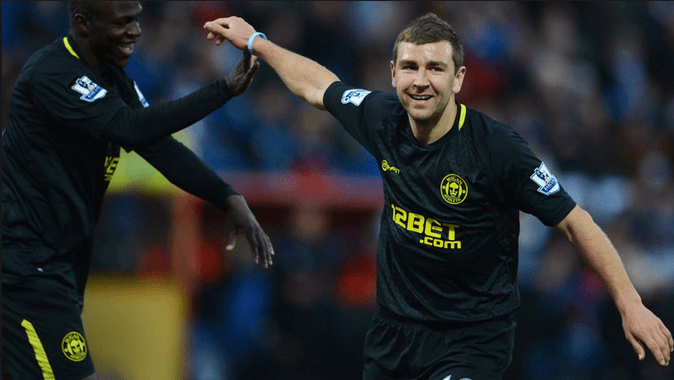 Wigan's 26 year old Central Midfielder played a crucial part in Scotlands qualifying campaign, and has made 16 appearances for Wigan already this season. He is certainly pushing hard for a place on the plane to Brazil...

Slid3Tackle
8 years
WTF? 8-1?!! how?! Congrats mate! And you also had luck at the draw, you can qualify in the next stage.
Login to Quote

Nathaniel
8 years
The first post on this is utterly brilliant! Making it look like the Great Sir Alex when it is in fact Willie Miller, who was hopeless as Aberdeen manager, just saying.
Login to Quote

InvertedWingbacks
8 years
He was, but he was incredible as a player! haha, thanks man

Scotland welcomed New Zealand to Hampden tonight in the first of 4 friendlies in the lead-up to the World Cup. The game was a chance for Scotland boss Willie Miller to experiment with his line-up and some new players, and he did so, calling up several players who had played no part in the qualifying campaign.

The match was well balanced, with both teams cancelling each other out in the first half; the only real chance coming from a Scotland corner, but Derby striker Johnny Russell, making his international Debut, couldn't drive his header into the net, instead diverting Charlie Adam's inch-perfect cross over the bar. The two sides went in level, and Scotland fans were understandably happy with their sides performance, as they limited New Zealand to only 2 shots on goal, only 1 of which was on target.

Half-time saw the introduction of the Scottish 'big guns' as it were, with James Morrison, Jordan Rhodes, James McArthur, Scott Brown and Allan McGregor all taking the field. What a difference it made. Scotland came out after the break with a renewed passion and fight, and their new attacking force meant it was only a matter of time before the NZ defence folded; and on 65 minutes, Jordan Rhodes showed great awareness to lose his marker to fire the ball hard and high into the roof of the goal.

Rhodes' goal proved to be the winner, and the Scotland fans will be delighted at the depth their team showed this evening, and manager Miller has admitted that the performances of some of his players have given him food for thought about his World Cup squad. 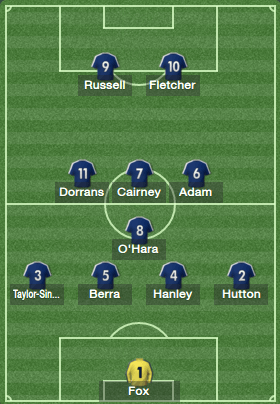 Nathaniel
8 years
Hands Up if you think you're the best Scottish player.. RHODES!
Login to Quote

InvertedWingbacks
8 years
He's an absolute star, seriously! Can't get over how good he's been for us so far
Login to Quote

http://img.thesun.co.uk/aidemitlum/archive/00559/SNA2008A-682_559135a.jpg
Scotland manager Willie Miller must surely be feeling the weight of expectation, as the nation waits for him to name his preliminary World Cup squad on May 25th. Several pundits have already suggested a few players who are more or less guaranteed a spot on the plane, including Blackburn Rovers striker Jordan Rhodes, who has been in incredible for club and country, scoring a combined total of 35 goals in 52 games, spread between club and country, including 7 goals from 8 games internationally. Scotland will be hard pushed to find someone as prolific ahead of this campaign.

Another player being touted as a certainty for the squad is Wigan's defensive midfielder James McArtur, who has been in incredible form this season, making 34 appearances for his club side, with a pass completion rate of 86%; a point which is critical to his selection bid; very few Scotland hopefuls can boast that kind of accuracy.

All in all, every Scottish player has 3 weeks to force their way into Miller's plans for the national side's first international competition since 1998.
Login to Quote

Allan McGregor - Hull , Cammy Bell - Rangers FC, David Marshall - Cardiff City
Probably the best 3 goalkeepers the Scottish fans could have hoped for, given the talent available to them here is limited at best. McGregor and Bell have both been in good shape for their clubs, and David Marshall is likely to be 3rd choice at the world cup.

Andrew Robertson - Dundee United, Aaron Taylor-Sinclair - Aberdeen, Steven Whittaker - Norwich City, Ryan Jack - Aberdeen, Russell Martin - Norwich City
Overall, these 5 players have good quality, and are mostly young, bringing some fresh legs into what was previously an aging backline. Steven Whittaker hasn't been in the best of form for Norwich, but has the benefit of being able to play on either side of the back four; something which may be of benefit in the long-term.

Grant Hanley - Blackburn Rovers, John Souttar - Southampton, Danny Wilson - Hearts
In terms of Central Defenders, It's surprising that John Souttar has been selected ahead of Christophe Berra...Only Time will tell if this is a mistake or if Souttar really does have what it takes to succeed at this level.

Darren Fletcher - Manchester United, Scott Brown - Southampton, Charlie Adam -Stoke, Tom Cairney - Blackburn Rovers, Graham Dorrans - West Brom
Another solid area of the pitch there: Tom Cairney may be a surprise to some, but he was solid against New Zealand, and clearly worked hard to convince Miller he's worth taking to the World Cup.

brian18_fife
8 years
who is o'hara in dm for ur game v new zealand?
Login to Quote