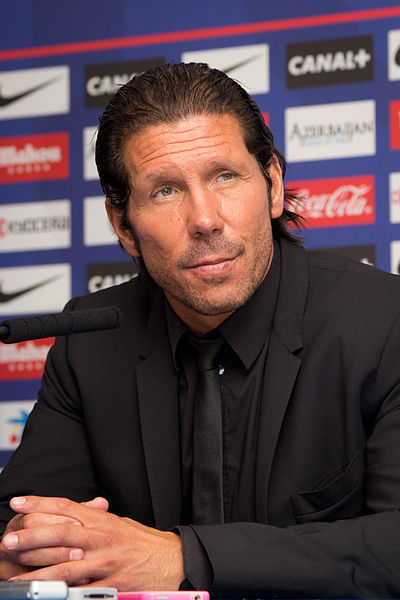 Atletico Madrid board of directors today announced that they have reached an agreement with current manager Diego Simeone to sign a one year extension onto his existing contract. This is good news for fans following Simeone's success for the club since arriving in 2011.

The Argentine who has a vast playing career having played internationally as well as very reputable managing career has been great for Atletico helping them become title rivals and finally being able to cause trouble against their bitter rivals Real Madrid. Simeone having signed today can put tosleep any rumours of him leaving the club which allows him on the forthcoming season which im sure the club want to perform well in. Atletico who are also in the Uefa Champions League this season will be hoping the make their mark against some of the other big guns of world football.

Simeone Released a statement today in a brief news conference after the signing saying "I'm thrilled to be able to dedicate my future to this outstanding club. Atletico is a club who have always been in the shadow of their rivals and now I want to change this by kicking up a stir in this seasons league campaign. I have a great squad of players mixed with young, Talented and experienced players who I feel have enough to make this campaign successful." Some truly ambitious statements have been made by Simeone who is clearly confident of performing this season. All we can say is that it will be tough to take down the kings of the league in Real Madrid and Barcelona
Login to Quote

You are reading "Atletico Madrid -- Striving To Success".