Guardiola Arrives at the Allianz 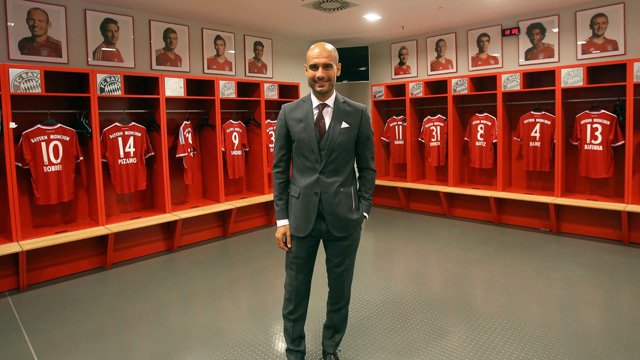 The Spanish wizard they call Pep Guardiola has arrived in Munich today to officially take charge of his new club Bayern Munchen. Guardiola who is regarded as being the best manager in the world agreed to take charge at Bayern after a year out of the game after he left Spanish Giants Barcelona which is where he made his name winning league titles, Domestic titles and of course the Champions League more than once.

The 43 year old has had a very successful playing career also making over 200 appearances for Barcelona and only retired in 2006. He played over 40 times for Spain and now has one of the best managerial records in world football as of now. Guardiola first came into management when he took charge of Barcelona B for 1 year before being given the full job of being the manager of the actual 1st team for Barcelona, His rain at Barcelona lasted 4 years before he announced that he would leave the club and take a year out of work.

Many expected Guardiola to take charge of Man United when Sir Alex announced his retirement but this was not the case as a few months before the summer of 2013 Guardiola announced that he would take control of Fc Bayern.

The Bayern fans are overjoyed with their new manager and believe he can continue the success of Jupp Heynckes who won the Champions league with the club just the year before. It is believed that Guardiola will look to make some changes to the side with some key players possibly being showed the door but this is all a mystery at this point in time and we will just need to wait and see.
Login to Quote

Playing as Bayern might be a bit vanilla. Will there be a catch to keep us interested?

Good luck with your story.
Login to Quote

Below Par From Bayern 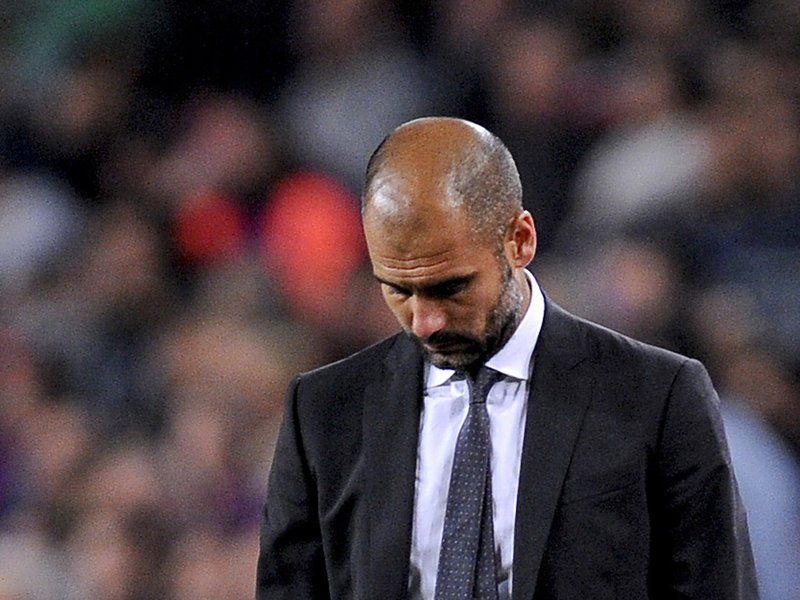 Bayern Munich have so far suffered defeats since day one this season since Manager Guardiolas first friendly in charge until the most recent match against stuttgart, Bayern have won only 4 out 12 Games including friendlies. The Spainish manager has been performing very poorly for his new club with many fans already chanting his name to be out the door after only being in charge for 3 months.

The club lay 18th in the league and are out of all domestic cups available at this stage in the season, Bayern are 12 points behind Dortmund in who are in first and also lost to Dortmund in the super cup final 4-0. Signs so far of Gurdiolas rain at bayern do not look good and he is going to have to pick up his act if he wants to keep his Job.

The season expectations will now be set much lower after this horrific start, Bayerns main objective will be to try and get european competition next year as it would not be right for a club of that calibre to be not competing for the best trophies available to them.
Login to Quote 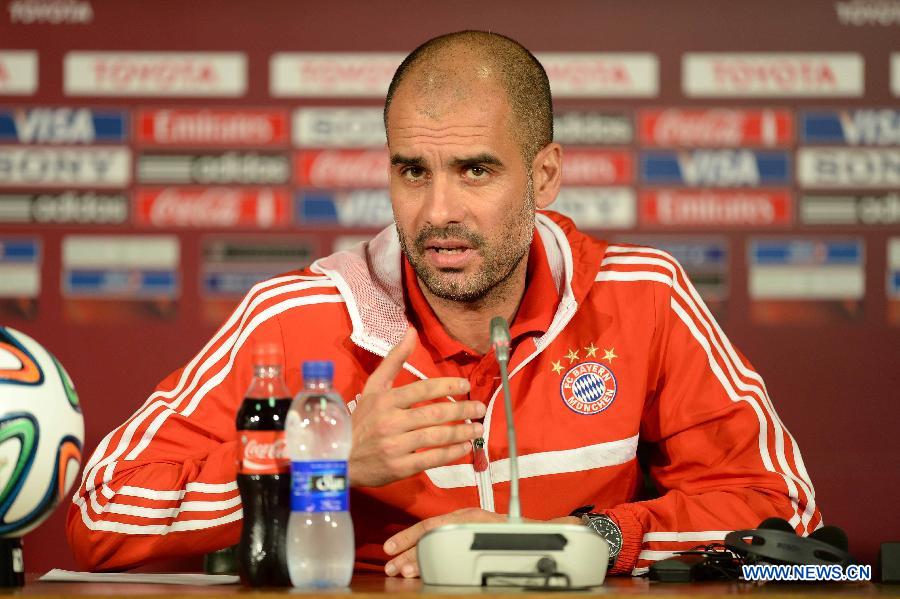 Pep Guardiola has today bought himself some time at the Allianz after promising outraged fans that he will improve on his recent form.Guardiola blamed himself for the clubs poor run of form today in his weekly press conference 'I am to blame, the players do what i tell them so only i can take responsibility.'Guardiola said. Also When asked about current relationships with the board he replied 'I feel they still have confidence in me, Im sure i can turn any doubt into more positive attitudes.'

Guardiola faces tough fixtures ahead to turn things around including games against Dortmund, Schalke and Champions league ties against Napoli. Signing Timo Werner maybe key to Guardiolas turn around as striker Mario Mandzukic is out of action for several weeks. The youngster that Bayern Signed for 7 million pounds will be key to the clubs success over the next few weeks.
Login to Quote 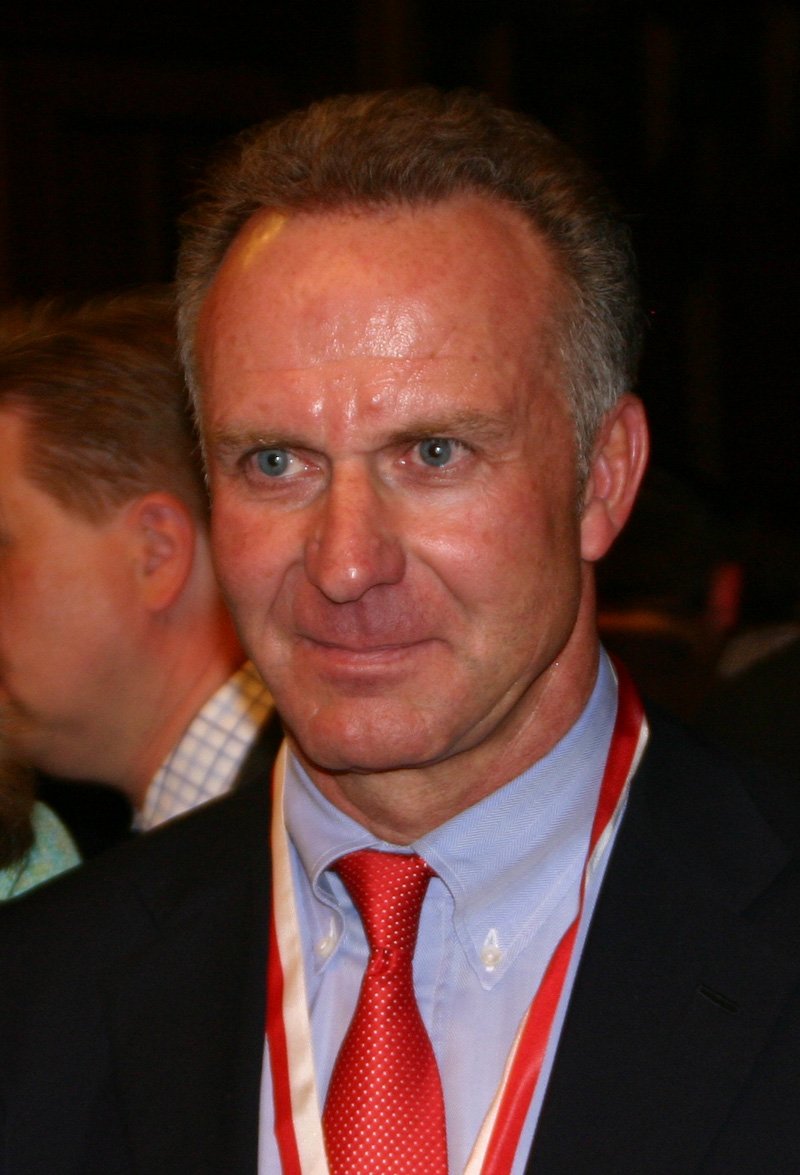 Bayern Munchen chairman Karl-Heinz Rummenigge has been caught making rude remarks about his clubs manager and also insults his managerial ability. The remarks were heard by an undercover reporter who was sitting at the table next to the Bayern chairman at a highly exclusive lounge in Munich.

Rummenigge was was heard whilst having lunch with other bayern representatives. He was quoted to have said "He doesnt have a F******* clue on how to manage this club, What a waste of money." Later in the evening he also said "Im starting to believe that his time at Barcelona was a Fluke."

The social media outbreak started a few minutes after the article was posted and has since has mixed thoughts on the issue. Many Fans feel that they agree with Rummenigge whilst some feel Peps treatment has been extremely poor at Bayern and that he deserves an apology from the clubs chairman personally.
Login to Quote

Klopp: What A Disgrace 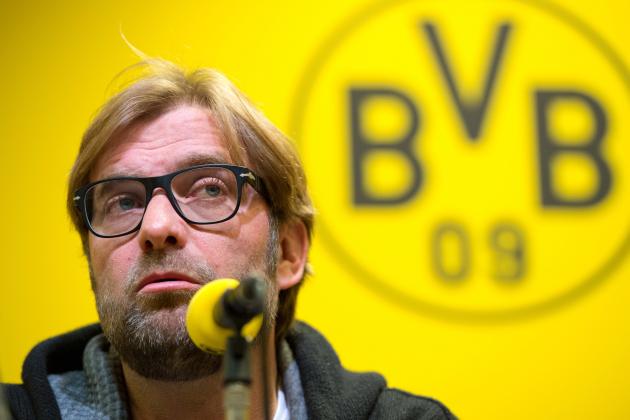 Today Borussia Dortmund manager Jurgen Klopp has back up his rival manager Pep Guardiola regarding the recent comments made by the clubs chairman. A few nights ago the chairmen of Bayern was caught saying offensive comments towards his manager. Klopp in his weekly press conference was asked on the matter and had this to say, 'I know its not my business but for someone who many have great respect for to say something so unprofessional about his manager is really bad for his image and his club, What a disgrace it has been'.

These controversial words will surely give some confidence to Guardiola who is still to comment on the matter despite huge media forces pleading for him to make his statement to tell the world how he feels.
Login to Quote 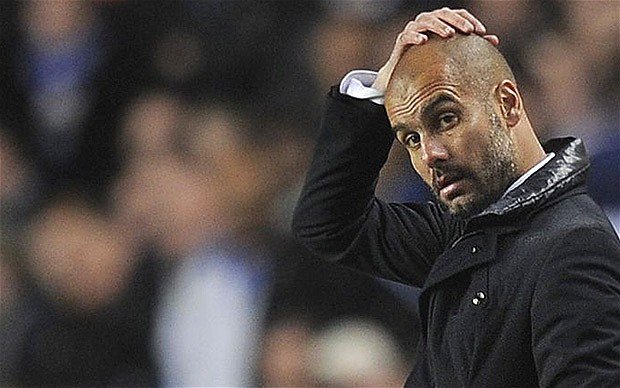 Now week after the incident, Pep Guardiola has decided to leave Bayern after releasing a statement on the issue involving him and the Bayern Munchen hierarchy. Guardiola who was insulted and criticised by the clubs chairman has been quiet over the last few days avoiding the media as he was thinking on a way to approach this sensitive matter. The Spanish manager has been widely expected to leave the club on the socila media site twitter.

Guardiola released a statement via his lawyer which read:

I have taken time to think of my response to the sensitive matter, I feel the way i have been treated at the club has been outrageous. I have done nothing to deserve this. I felt that i could change things at the club but not anymore, not after what has happened. I cant work in an hostile environment where im not wanted, That is why i have came to the decision to leave Bayern Munchen effective immediately, this has been a tough decision but i feel it is for the best and i hope that i can speak to the chairman before i leave to straighten things out. I am going to continue my career in football, But after reading all of the messages i have received regarding my ability to manage a football team has made me want to prove to the world that i am better than this.

Guardiolas Bayern career lasted until November and was a time in his life he will want to forget, Many think his statement has indicated that he was going to go to lower league opposition but this is all speculation at this point and we will have to see what happens in the future.
Login to Quote 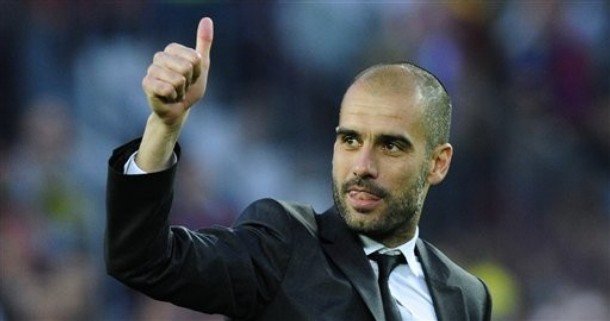 Today, November 7th 2013 we see a historic day come to Wolverhampton Wanderers, Pep Guardiola and wolves officials have announced that they have reached an agreement for the Spaniard to take control of the club. Wolves who sit in 9th way under expectations of first sacked their head coach Kenny Jackett just last week and have shocked the world with the appointment of Guardiola due to his previous credentials.

Guardiola has spoken to the media today so he can justify gis decision to take this huge leap down the ladder. Guardiola said ' This may come as a surprise for many but i have my reasons for doing this, I was thinking to myself over the last week wondering what i was going to do, my life at bayern hit hard on me, The abusive messages i received from fans etc. were difficult to take. Many people dont believe i have what it takes to be known as the best but that is why i am here, to prove everyone wrong and show that i have the ability. Why wolves? well wolves are a great club in a lower league with a fantastic history, they dont deserve to be in this position, i make it my mission to get them out of this mess by turning round their season then i want to get back to back promotions to return this team to its former glory."

The footballing fans have been having a meltdown with this new piece of news, Many feel he is foolish and is taking to big a risk whilst others feel that it is a smart idea. So its a matter of time now before we will see if the 'Spanish Wizard' can show his ability to the rest of the world and regain the respect in which he once had.
Login to Quote

MattZTH
8 years
Just wondering, Is this story worth continuing or is it kind of ruined because of the plot twist, I dont want to venture into this without knowing that people will enjoy it?
Login to Quote

Barnet_Boyz
8 years
I think its fine. But you don't need to worry about what others think. Write because you enjoy not writing, not for the viewers.

You are reading "Pep Guardiola - The Spanish Wizards Journey Back To The Top".