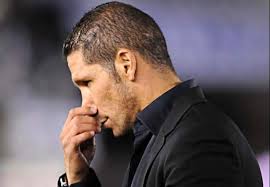 Atletico Madrid boss Diego Simeone has left his position as head coach, citing personal reasons as being the main cause of his departure.

Atletico have been much improved since the Argentine took over and have firmly established themselves in the top 3 of Spain's La Liga, but have yet to break the stranglehold of Barcelona and Real Madrid - who are both under new managers this season.

Simeone is widely respected in the footballing world for his tactical nous, employing a rugged 4-4-2 counter-attacking style, which has seen them get results against the top 2, whilst guiding them to Europa League glory during his tenure. Atletico have yet to win La Liga since their last victory in 1995, where Simeone was a star for the club.

Surprisingly, the hot favourite to take over is Josh Feehily, who is the current manager of Atleti's U19 team, and has worked with Simeone since he took over. He is only 35 and it would continue their tradition of hiring young and upcoming managers.

Atletico Madrid officials have declined to comment on the speculation of Josh Feehily taking over, but they are 'deeply saddened' by Simeone's departure and they also said they would 'welcome him back with open arms' if he ever decided to return.
Login to Quote 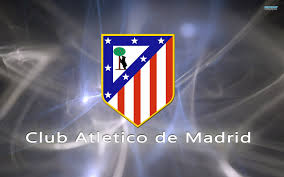 Atletico Madrid have today confirmed that U19 coach Josh Feehily has been promoted to the position of general manager of the club. He has signed a 1 year contract.

Josh Feehily has no previous senior management experience but has impressed club officials with the way that he has managed the youth side, since 2011, when Diego Simeone was appointed. Many watchers of Spanish youth football will know that Josh Feehily has differing philosophies; preferring an intense pressing game, but he still uses a familiar counter-attacking approach that Atletico are renowned for worldwide.

In recent months, Feehily had been promoted by Simeone to help with the coaching of the first team whilst still training the youth players; with some breaking into the first team, Javi Manquillo for instance. Many players such as Diego Costa, Koke and Gabi have all approved of the appointment saying that they are looking forward to learning the way he wants to play, with Koke praising Feehily's 'energy and attitude.'

New Barcelona manager Tata Martino has also spoken in favour of the appointment; highlighting the effectiveness of young managers, "we have seen with [Diego] Simeone that young managers are very successful, and I'm sure Josh will do the same. Being 35 it may sound a little bit ludicrous, but for me it's sensible, he knows the club well and his U19 side play great football."

Atletico president Enrique Cerezo has called for fans to be patient, and they'll see the decision is a good one, "Josh is a great coach, and has proven to us that his knowledge of the club is invaluable. Hopefully you, the fans, will remain patient and will see what we have seen: that Josh can lead this club to glory."
Login to Quote

jpfeehily
8 years
So yes I'm the manager of Atletico. This story will be a mix of 1st person overview and newspaper articles. Results and general news will be done my me, whilst news such as transfers and my media appearances involving key subjects. After the newspaper reports I'll tell you all opinions and reasonings behind certain decisions. Enjoy!
Login to Quote