The Bundesliga club has it's roots in the suburbs of Sinsheim, more precisely in Hoffenheim. Just 14 years ago the club played in the German fifth division but with financial funding from German business magnate Dietmar Hopp the club has risen to become an established Bundesliga club and has been in the top flight for five consectuve years.

In the 08/09 season, their first season in Bundesliga, the club managed to finish as high as in 7th place, an astonishing accomplishment for a newcomer. The following three seasons the up-and-coming club finished in 11th place three times in a row, which has to be seen as an acceptable placement when your opposition is clubs with the likes of Bayern Munich, Dortmund and Schalke 04. In the 12/13 season Hoffenheim were almost relegated to 2. Bundesliga as they finished in 16th place. Since their debut season in Bundesliga the club has sacked no less than six managers with the current Markus Gisdol only serving as caretaker until the club is able to find a replacement.

The Hoff is pleased with your choice. He will be following your progress closely. 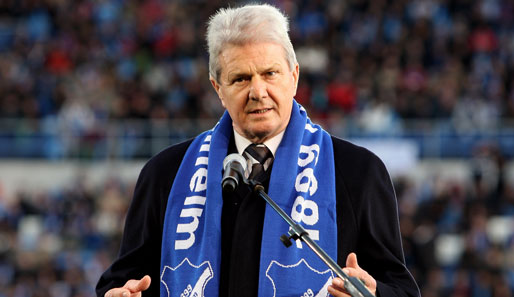 Hoffenheim chairman Dietmar Hopp, 64, at press conference.
As Markus Gisdol were only appointed caretaker after the club parted ways with Marco Kurz everyone knew there was just a matter of time before a new manager would be assigned. Today Hoffenheim chairman Dietmar Hopp confirmed former East German striker Joachim Streich has been taken out of retirement and signed a one-year contract with the club. 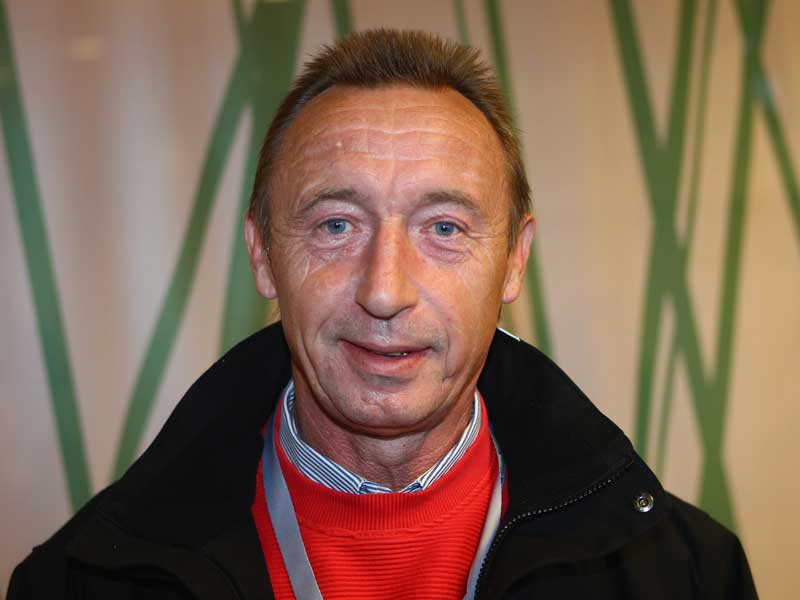 Joachim Streich, 63, at Rhein-Neckar-Arena.
During his active career Strich played a total of 378 games for Hansa Rostock and 1. FC Magdeburg scoring impressive 229 goals. But it was in the national team the East German excelled and he is regarded as one of their best players ever making the most appearances and also being their best scorer. Streich has previous managerial experiences with the clubs 1. FC Magdeburg, Eintracht Braunschweig and FSV Zwickau. Although his last job as a manager was in 1997.

Hristo Stoichkov, 48, at Hoffenheim press conference.
Assistant manager Frank Kaspari left the club along with Gisdol and has been replaced with the Bulgarian legend Hristo Stoichkov. The former Barcelona player had just been released by CSKA Sofia due to economical circumstances but was quickly signed by Hoffenheim.

The Hoffenheim fans have reacted very well on various social networks where Streich and Stoichkov have received many praises.

”Streich will lead us to greatness #DieHoffe”

”Streich and Stoichkov, better than Suárez and Sturridge #SAS”

This was only a few of the praises on Twitter.
Login to Quote

After a month with Streich and Stoichkov at the steering wheel Hoffenheim have had mixed results. Many players have had a hard time adapting to Streich’s possession based 4-2-3-1 system which have lead to the inability to close matches. Managing a draw against Napoli is very impressive, though dropping a 3-0 lead against a bottom half Portuguese team has become a questioned subject over the last weeks.

The club's outspoken goal this season is to take a place at the top half of the table which both fans a media have already deemed highly unlikely. German magazine Bild predicted a 12th place for Die Hoffe which is in line with the general opinion. It is now up to Joachim Streich to convince them otherwise.
Login to Quote 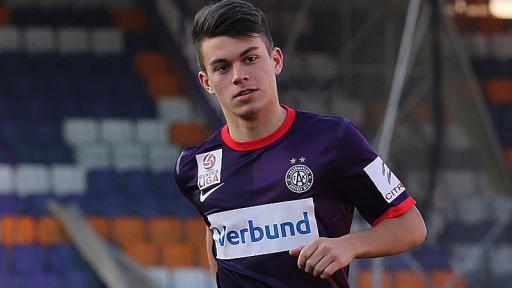 FK Austria Wien has confirmed that the 16-year-old Austrian midfielder has been signed by TSG 1899 Hoffenheim. Horvath has only played with Austria Wien’s youth side and is expected to join Hoffenheim’s youth division, at least for his first year. The versatile midfielder is predicted a great future and the Austria Wien fans are devastated he left for as low as €7.500. Hoffenheim manager Joachim Streich must be delighted as the Austrian talent has been the target of both Olympiakos and league rivals Hertha BSC. 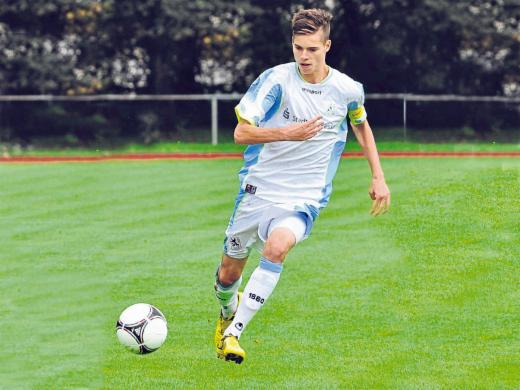 The 17-year-old midfielder has traded 2. Bundesliga and TSV 1860 München to join Germany’s top flight and TSG 1899 Hoffenheim. The talented midfielder have already made two appearances in the Germany U19 squad, a midfield crammed with talent such as Emre Can (Bayer Leverkusen), Dominik Kohr (Augsburg), Jeremy Dudziak (Dortmund) and Hany Mukhtar (Hertha BSC), just to name a few. 1860 München at least got well compensated for the 17-year-old, the transfer is confirmed to be €1.7m but depending on bonuses can rise to €1.9m. Weigl is as well as Horvath expected to join Hoffenheim U19.
Login to Quote

The 24-year-old striker Julian Schieber has been put aside at Dortmund since Pierre-Emerick Aubameyang arrived. As Schieber wanted regular first team action he requested a transfer. Today Hoffenheim assistant manager Hristo Stoichkov answered his prayers and confirmed that Julian Schieber will be making a €2m move to Hoffenheim.

The German striker who was bought from VfB Sturrgart for €5.5m in 2012 only spent a year at Dortmund making 23 appearances and scoring 3 goals. Making the move to a smaller club is widely considered as the right move for Schieber.
Login to Quote

Josh_MU
8 years
Good signing there. He can really add something to your squad.
1
Login to Quote

Always turned out great for me, hopefully will do the same for you as well 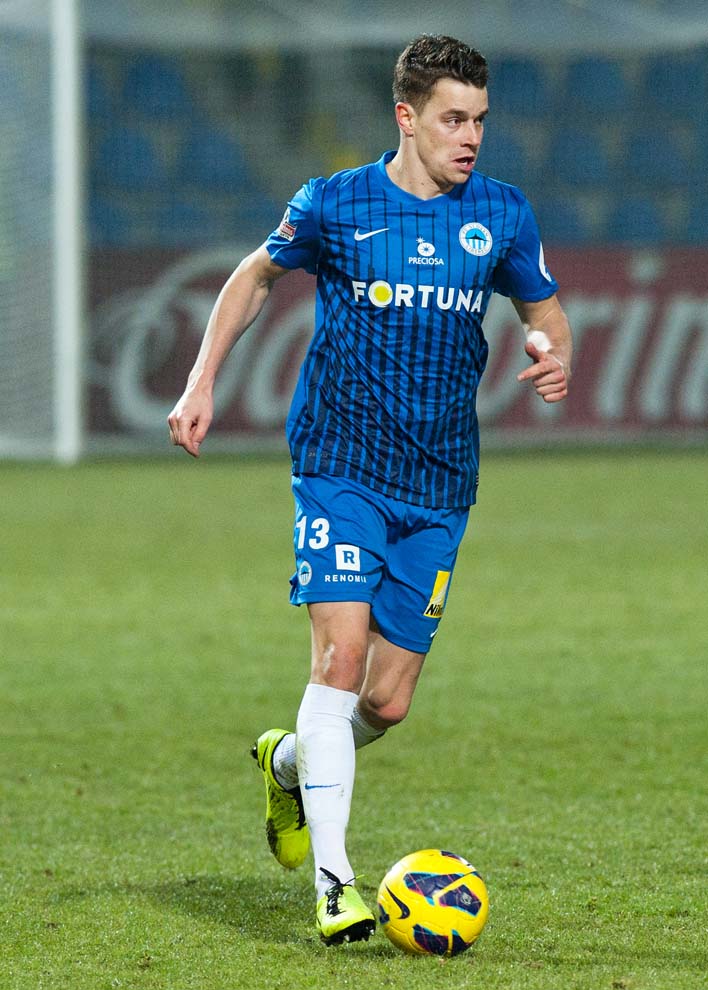 Ondrej Kusnir, 29, joins Hoffenheim for the rest of the season.

Ondrej Kusnir has played his entire career in The Czech Republic. The defensive minded right back has previously played for FC Vítkovice, FK Viktoria Žižkov, AC Sparta Prague and FC Slovan Liberec but today Hoffenheim revealed that Kusnir will join the team for the rest of the season.

The 29-year-old made it clear that he wanted a move to a bigger league before he ended his career. Hoffenheim solved this in a loan move where they will pay a monthly fee of €18.000 as well as 50% of his wage for the entire season. Hoffenheim will also have the option to buy Kusnir for €1.5m during any time of his loan period.

At the press conference the Czech said: ”I wanted to try a new adventure before I retire and I thought now was the time. I’m extremely happy to join Hoffenheim even if it’s only for a year. I believe this project will be very interesting and I hope I can contribute to an already strong squad."
Login to Quote

After five competitive games Hoffenheim stand with just a single win against Aue, a Zweite Bundesliga team. Streich has made clear that, even though poor results, he is positive to the direction the team is heading. Fans have been pleased with the teams performances and still there is no sign of #StreichOut which otherwise seems to be fairly easily accomplished. The team has adapted very well to the 4-2-3-1 play style and have been very good at retaining possession, they also have an incredible 76% passing accuracy over these five matches which is the league's best.

Transfer wise, deadline day is coming up and Streich has already declared that he will bring in at least another new player before the window closes.
Login to Quote


The 24-year-old midfielder Sebastian Rudy is set to leave Hoffenheim for Russian side Lokomotiv Moscow. The club rejected bids from Bayer Leverkusen and Werder Bremen as they didn’t want to sell to a league rival but receiving a €4.5m bid on deadline day was too good to dismiss.

Rudy arrived at Hoffenheim in 2010 from VfB Stuttgart and instantly became a key member of the squad. Making 87 appearances for the club he became very appreciated by the fans and many were sad to see him leave.

"I'm very thankful for my time in Hoffenheim, but I felt a change of venue was necessary for my continued development. I don't know if I will return to Hoffenheim later in my career but we left on good terms and anything can happen." said Rudy according to Bild.

Streich is said to be interested in replacing Rudy with a more experienced midfielder since he believes the team lacks experienced players.
Login to Quote


With only hours remaining of the transfer window Hoffenheim confirmed the departure of 24-year-old Sebastian Rudy. Now, Hoffenheim has confirmed who will replace him, 31-year-old Oliver Kirch. Kirch last spell was at Dortmund, where he failed to impress and only made five appearances and thus being transfer listed. Hoffenheim only had to pay €100k for the defensive minded midfielder.

Hoffenheim also confirmed Branimir Baji? will join the club. The 33-year-old central defender has been signed from 2. Bundesliga club Energie Cottbus for a reported fee of €200k. Baji? is already good friends with Hoffenheim vice captain Sejad Salihovi? as they are both Bosnian national players.

"I think Branimir will be a good addition to this team, he plays with great confidence and courage which is what this team needs." - Sejad Salihovi?
Login to Quote

You are reading "Hoffenheim - The Rise Of A Club".