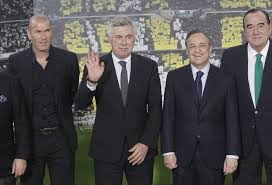 Real Madrid have found the successor of Jose Mourinho after he left for former club Chelsea. Carlo Ancelotti has been appointed the new head coach of Madrid on a one year deal. Ancelotti won Ligue 1 with PSG and won manager of the year in France.

A statement from Real read: "Carlo Michelangelo Ancelotti will coach Real Madrid next season. The Italian has experienced success in every country where he has managed and arrives in the Spanish capital after being named coach of the season in France."

Ancelotti, who has previously managed the likes of Juventus and AC Milan, took over at PSG at the end of 2011 and he led the affluent side to the Ligue 1 title last season.

Ancelotti's first task after being presented will likely be to clarify the role to now be played at the club by his former playing charge Zinedine Zidane, who president Florentino Perez first suggested would have overall control of football matters in a director of football role, but has more recently said would have a more hands-on position as a coach on the training ground.

The new manager of Madrid was keen to tell the Spanish media that they should not expect any more big deals in this transfer window after the arrival of Bale. Ancelotti however, said that Madrid are looking to bring in some young players as he looks to develop the young talent into the next big star. Players such as Julian Draxler and Timo Werner are rumoured to be in talks with Madrid, although this is only a rumour.
Login to Quote

Dont ruin the team like Jose tried to do 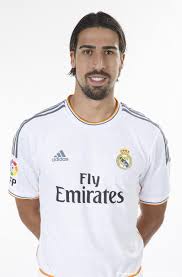 Sami Khedira has left Real Madrid for French champions PSG after 3 years in Spain. The two clubs have agreed a deal worth £17 million for Khedira. The German international believes he has not got as much first team football as he deserves over the last year and wants a move to ensure his place for the German national team for the world cup. Carlo Ancelotti has stated he will not be bringing in another midfielder following the departure of Khedira.

PSG fans have welcomed their newest signing, Khedira was welcomed to the French capital inside the Parc des Princes where a crowd gathered to watch Khedira welcomed to the club. During a speech to his new supporters he thanked all the staff and supporters at Madrid for developing him as a player.

Real Madrid are edging closer to their first signing under Carlo Ancelotti as the Club have agreed a £5 million deal for German youngster Timo Werner from Stuttgart. Werner is a Striker who can also play behind he Striker or on either wing. Werner is expected to complete his medical tomorrow in Madrid.
Login to Quote

AS4
7 years
Finally a Madrid story

With only four days remaining before the kick off of La Liga we will look at Barcelona and Real Madrid's chances of being crowned champions. Both clubs have new managers heading into the new season.

Barcelona
With new manager Tato Martino taking charge of Barcelona many people are wondering if he will bring his own style of play to the club. So far Barcelona have sold Pedro, Marc Bartra and Christian Tello for a combined £47 million. Martino has spent £20 million of this on young Brazilian centre back and also 18 year old Facundo Cardozo, now loaned out to PSV. IN pre-season Barcelona were not at their best winning two games, drawing one and also suffering a loss. Despite this poor pre-season Barcelona are favourites to retain their title.

Real Madrid
Carlo Ancelotti has taken charge of Madrid after the departure of Jose Mourinho. Real Madrid have been less active in the transfer window, having only sold Sami Khedira for £17 million to Frnch side PSG. Young German attacker Timo Werner has been the only addition to the squad, arriving from Stuttgart for around £8 million. Carlo Ancelotti says he is not finished in this window and wants to bring in a defender to strengthen hi squad. Real Madrid's pre-season results were exactly the same as Barcelona and it looks as though both teams are trying to adjust to their new managers.

Who will be crowned champions at the end of the season, will it be the favourites or can Madrid beat the odds and lift the title.
Login to Quote

You are reading "Hala Madrid".