http://www.sport.ba/assets/uploads/2014/03/Stephen-Keshi.jpg
Manager of the Nigerian national football team, Stephen Keshi has been pushed out of the Nigerian ranks by members of the squad.

The 52 year-old Nigerian became out of favour with some of the teams main players. Midfielder, John Obi Mikel, Goalkeeper, Victor Enyeama and captain, Joseph Yobo were reported to have directed verbal abuse in the way of Keshi.

Yobo responded to the media's questions before a pre-season game with Norwich by saying, 'I don't care what we have achieved under him [Keshi], the truth is, he does not know how to manage a football team. He is an absolute joke and refuse to play another match under him, even if it means I never play for Nigeria again!'

President of the Nigerian Football Federation, Aminu Maigari released a statement to all football websites explaining the situation and what has been done to resolve it. He said that 'due to recent events, Stephen Keshi has been removed from the hierarchy and will no longer be manager of the Nigerian national football team.'

Stephen Keshi took the reigns of the team in 2011 where he led them to the 2013 African Cup of Nations which they went on to win, beating Burkino Faso 1-0 in the final. Keshi also led Nigeria to the 2013 Confederations Cup where they got knocked out of the group stages following losses to Uruguay and World Cup winners, Spain.

imdxvid
8 years
Same story as mine

TylerK
8 years
Thanks for all the support guys, and I actually didn't know there was another Nigeria story on the site, good luck to imdxvid!
Login to Quote

http://static.inilah.com/data/berita/foto/1352512.jpg
Nwankwo Kanu has been confirmed as the new Nigeria manager after the details of his contract were finalised with the Nigerian Football Federation.

The Nigerian signed a deal where he is reportedly earning £2,000 a week. Kanu, 37, is expected to be unveiled in a press conference on the 2nd July.

The Football Federation revealed that Kanu was number one choice and was the only man to be interviewed for the post, which became vacant when Stephen Keshi was sacked.

“Kanu may not have experience but we are in full belief that he can get the job done,” said NFA president Aminu Maigari.

“At every club he has played for, Nwankwo [Kanu] has brought passion and performance, I was left in no doubt that he could bring success to the Nigeria team.”

Kanu’s first game in charge will be the world cup qualifier against Burkino Faso on September 6th at Abuja Stadium.

“It goes without saying that I wish my new boss all the very best,” Yobo said.

“I’ve always said and still think that we [Nigeria] are an excellent group of players. I’m convinced we’ll be able to do the country and ourselves proud.”
Login to Quote

Nwankwo Kanu joins reporters and takes part in his first press conference as manager of Nigeria.

Hello Nwankwo, first of all I would like to say well done on getting the job! How much of a surprise was it when you were asked to take over the Nigerian national team?
Thank you! Well, I was always considering going into management but I never expected anything as big as this. I mean, the chance to lead you country to glory is a one in a lifetime opportunity.

You have no managerial experience at all and you are being thrown straight into the deep end. Do you feel that you deserve this chance?
Well everyone deserves a chance to prove themselves and I think that I can impress some doubters that think I am not the man for the job. I understand that some people are sceptical but given time I can bring success to our beautiful nation.

Do you have a long term plan for Nigeria?
Win things! In all seriousness I plan on bringing youth through to the first team and making Nigeria the biggest team in Africa.

So youth are more important than your more experienced players?
Not by a long stretch no! I value both the same and if we want success we need to blend experience and youth together. All players in this team need to pull together and work hard if we want to win.

Who do you see as your key players?
In my eyes there are no key players, there is 11 players on the pitch and you can’t create success without all of them. The only singular person I will be relying on is Joseph [Yobo] to lead the rest of the team as captain.

And finally, do you see your first game against Burkino Faso as important, considering the fact that you have already made it through to the World Cup in Brazil?
Every game is important. This game especially as I get to see who I can use in the future. Who proudly puts on the shirt and plays for his country. This next game could set the tone for the rest of my career here with Nigeria.

Ok Nwankwo, thank you for your time!
No problem!
Login to Quote

TylerK
8 years
Alex: Awww thanks!
510: Shoulda told me that and I would have made you in the editor!
Login to Quote 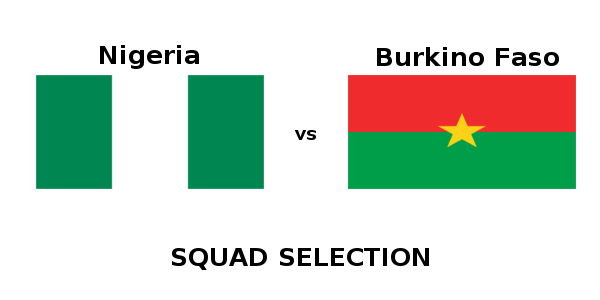 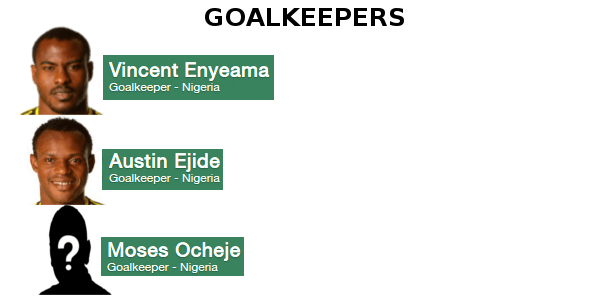 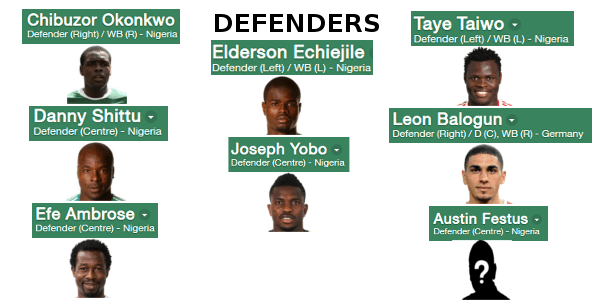 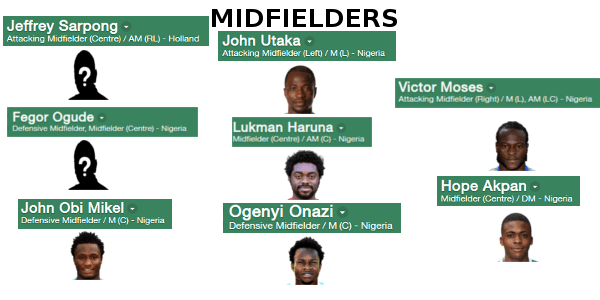 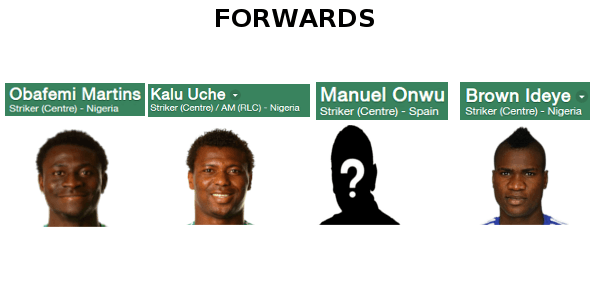 You are reading "Nigeria - The Super Eagles will fly high!".