Why Newcastle, you ask? Well, I wanted to have a story/save with a team in the Premier League, and after crossing out every team on the list for some reason or the other(I'm very specific), I ended having to choose between Newcastle and Everton. I left it up to a popular vote, and Newcastle was choice of most of you lot, so to Tyneside we go!

Right now I'm sure that the title may seem odd to some of you, but hopefully that question will get cleared up soon enough.

I can assure you that the manager isn't someone that most of you would of you could guess right now, but that's all part of the fun.

Jack
6 years
Excited for this! Good luck, whoever the manager is!

Londoner claims he was working in "impossible conditions"

The 51-year-old's departure comes after a shock return of Joe Kinnear to the club. Kinnear, who has been hired as a Director of Football was formerly the manager of the Geordies before a heart condition forced him to step down.

The move drew wide criticism from fans and media alike, as Kinnear mucked up his first interview in his new role, making several errors.

Kinnear got several of the players' names wrong, calling star midfielder Yohan Cabaye as "Kebab", Ameobi as "Amamobi", Cisse as "Sissy" and so on.

While it was widely believed that Joe Kinnear was brought back to the club only because of his friendship with Ashley, there were a few conspiracy theories that proposed that his appointment was only to drive away Pardew from his job, as sacking him would require Newcastle to pay off his entire 6-year-contract.

Several others said that his appointment as Director of Football was just a stepping stone to a return as manager, and they could well be proved right now that Pardew has resigned.


http://static.guim.co.uk/sys-images/Football/Pix/pictures/2008/09/26/460KinnearTomJenkins.jpg
Joe Kinnear could yet make a return as manager

"I have resigned as manager of Newcastle United as I have found it impossible to do my job in the current conditions. I can only thank the fans for their support during my tenure here, and hope the club does well in the future." said Pardew in the press conference announcing his departure.

It seems like yet another season of turmoil for the Toon Army, and they will hope the club can improve on its 16th place league finish last term.
Login to Quote

@Jonaldinho: Thanks, hopefully it will be worth reading! 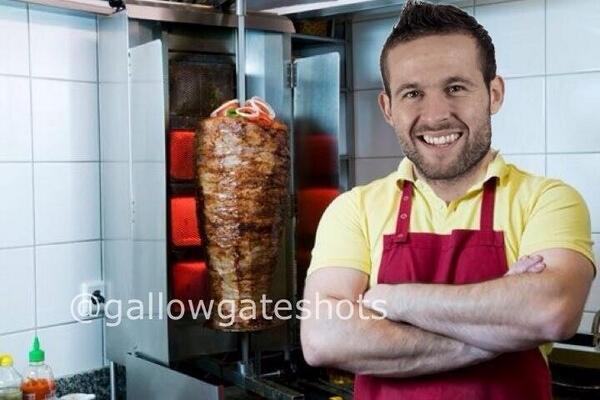 
And the circus continues.


Newcastle have been known as the joke of the Premier League in recent years by virtue of the way the club has been run - and they haven't failed to disappoint this time.

Magpies fans waking up this morning to read the paper will feel like they have been slapped across the face with a fish, for their new manager has zero experience in football.

The part about zero experience in football is not entirely true, with the lanky fast bowler having previously played for local club Ashington F.C before deciding to focus on cricket.


Harmison is a local Tynesider, and has supported Newcastle all his life - and even has a permanent seat at St. James' Park - but that will be little consolation to Toon fans who at the very least expected the club to hire a boss with experience in football management.

But this could not be a clearer sign of owner Mike Ashley's intent to sell the club and bring an end to his controversial reign - something that could prove to be a blessing in disguise for the loyal fans who have wanted him out.


http://i.telegraph.co.uk/multimedia/archive/01373/mike-ashley_1373367c.jpg
Ashley Out? Toon owner could sell up and leave

However, until a buyer is found, only divine intervention can help Newcastle and their new manager.
Login to Quote

Jer
6 years
You had to write it up again, and 5 minutes late from their initial arrival. Shit manager, it has to be said, I think Joe Kinnear had a say in this. Good luck with W.......
Login to Quote

edu1878
6 years
An Avrind story, I may follow I suppose.
Login to Quote

You are reading "Newcastle United - In Harm's Way".