Get the Italy international job and win the World Cup and Euro.

(Will add more if I think of reasonable ones) 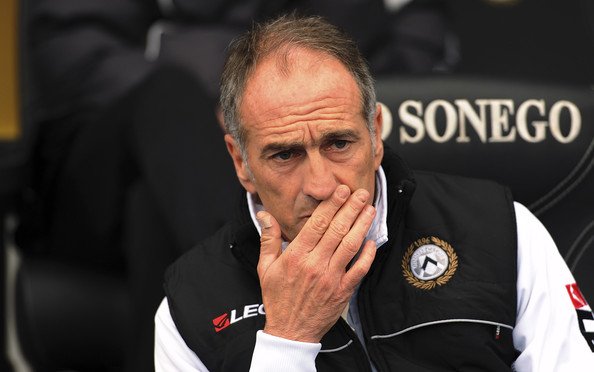 Guidolin Resigns not because of where they finished, But the board wouldn't agree to give him the budget he wanted, He wasn't happy with the board failing to meet his agreements to move Udinese forward.

Jack Denzy, 30yr old, Born in Bradford, England but moved to Italy at the Age of 18 to study Law, He then dropped out of that to take on his dream job of Management.

"Pre-seasons are never about result, They're about Fitness and getting used to new tactics, Getting to know each other and establish a friendship for the Season ahead"

"So I'm not upset about it, Fitness was great and the lads were getting used to my new tactics"

bebero
7 years
Udinese nice ! You got there on Di Natale, a very good player! I wish you much success. ! Good luck !
Login to Quote 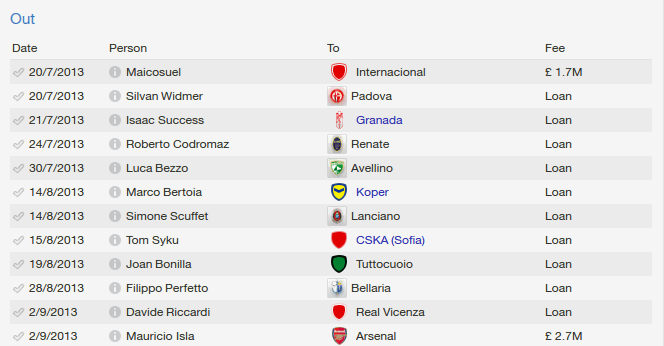 JD: I'm very happy with the start, we're into the the next stages of the Europa league, Only serious negative was losing to AC Milan but we were away and the score really doesn't show how we performed, The lads are still getting used to my style of play but it's starting to show what I expected, I think we can shock a few teams this season with our style of play.

Big Di is a Legend

razwy_20
7 years
I did an Udinese carrer for almost 3 years. Won Serie A in first 2 and played 2 Italian Cup finals. You have a great advantage with the links with Granada and Watford, you can "buy" players for free from them. In the second season some fantastic young players come back from loan: Edenilson, Nyom and others. Good Luck!
Login to Quote

After the Sassuolo game, I spoke to Di Natale, I invited him round to my house for a drink.

DI: Grazie boss e senza dubbio MI firmerà il contratto sto invecchiando ed è proprio per me di andare in pensione.
(Thanks boss. without a doubt I will sign the contract, I'm getting older and it's right for me to retire here)

Razwy_20:@razwy_20 - Thanks Bud, Yeah I'm way ahead at the moment, I've noticed about these players coming in :P

Bantams
7 years
Keep up the good work, I'm really enjoying this story lately especially with the different use of languages think it makes it that little bit better. Great to see you've got Di Natale tied down till retirement, hes amazing for his age! Good luck for the rest of the season

I spoke to Luis Muriel after the end of the month.

JD: Hey Luis, I know you've not hit the ground running fully yet, But I have confidence in you, It's hard being a False nine, Being right behind Di.

LM: errm thanks boss it is err very hard to, to be a Shadow but I know Di is a very big player at this club and err I'm very happy to continue like this

9 Games unbeaten so far in the Serie A

BantamsBanter:@BantamsBanter - Thanks Mate and yeah He's crucial to the team and how I play.

Jer
7 years
I recommended Udinese to you, it's really nice you're taking the effort of making last season's update! Best of luck, waiting for more

"Not a bad month, Should of beaten Spurs considering we beat them away"

I will not be getting anybody in, we don't have the budget to make any transfers, But I'm pleased to Confirm the board and myself have become to agreements and they're putting money into Training & Youth Facilities, That's why we have no budget But I'm confident we don't need more signings to push for Champions League

"Very poor month"
"Jack declined to speak about this month but added, It's going to be a bumpy ride from now to the end of the season, So be prepared of a nervy time"

I was going to start from season 2, but this season was fun, it's a shame I didn't get screens of everything.

kernel
7 years
Goodluck DENZ! In all udinese career at Italian Football, the club is being hard to beat at home and you must set it to your long term. Very nice result at november.
1
Login to Quote

Denzy
7 years
BIG UPDATE, I'VE NOT BEEN PLAYING BECAUSE I DON'T WANT TO ADVANCE TOO AHEAD SO REST OF THE SEASON IS HERE. 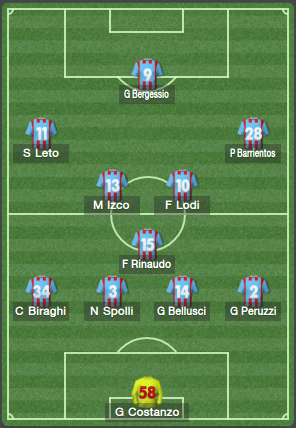 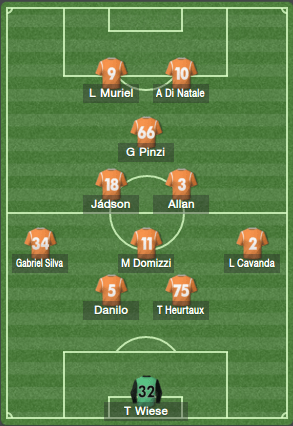 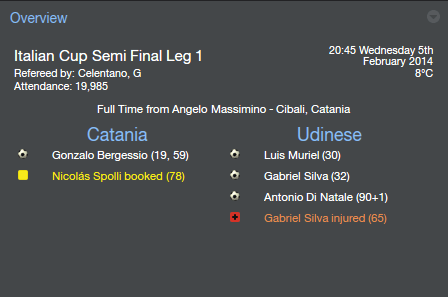 "We scraped through, A very late goal from the king" 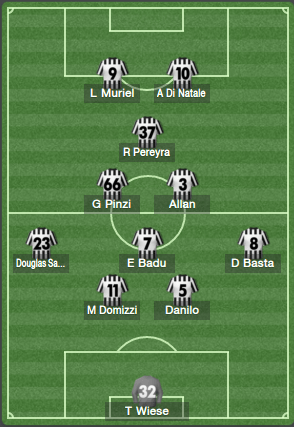 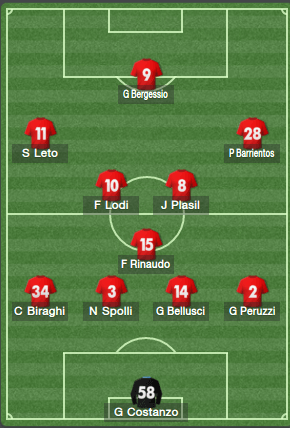 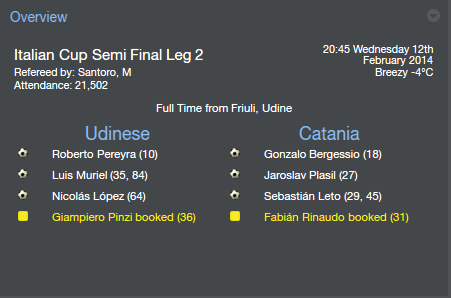 "What a GAME! I'm Very pleased for the lads, To go through to the final! We didn't make it easy but We're Through!

"Very strong month yet again, Nice win over Standard to go through to the next round where we drew Tottenham, If we play against them like we did in the group we can go through, But it's not going to be easy"

"Not the best, 8 Points out of 15 in the league isn't too bad but it's not what we expect, Domizzi Had a fantastic month and deserved the POTM, We're unhappy we lost to a team we know we can beat, But we have to stay focus and carry on with the league and Italian cup"

"Bit of a better month, Shame to lose to Sampdoria, Who at this moment are the team we're battling with for 3rd place for Champions League next season"

"What a win! Fantastic! The first Major Italian Trophy They've ever won, I'm very happy to be the manager to do it too, Thanks to the fans for a fantastic night and I reward you with this trophy!"

"I'm so happy for the boys, 2 of the biggest teams in the League and we had to win both to have Have a chance at the Champions League next season!"

"Good Season, time for a break and the world cup, I really think next season we can challenge for the title even with limited budget"

kernel:@Kernel - Thanks mate, Yeah I'll try be dominate at home :)

Northwood
7 years
That was an interesting top-3. What happened to Roma, Inter and Milan this season?

Good luck next season in catching Juve.
Login to Quote

You are reading "Udinese Calcio : The Little Zebras [S2]".