Hi Everyone I am going to a story with Gresley, they play in the Northern
Premier League division One South. My aim is to get this team all the way into the premiership, with a lot of hard work and effort I can do it.


Now here is a little bit of history on the Club:


Gresley Football Club are an English football club from Church Gresley, near Swadlincote, Derbyshire. Gresley play in the Northern Premier League Division One South, playing their home games at The Moat Ground. They were known as Gresley Rovers until 2009, when they were reformed under their current name.


After financial difficulties, Gresley Rovers liquidated at the end of the 2008–09 season, forming a new football club named Gresley FC. In the 2009–10 season, they were placed in the East Midlands Counties League. After finishing their first season in second place they went one better by winning it in 2010/11. The following season they also won the Midland Football Alliance earning a place at Step 4 of the pyramid. 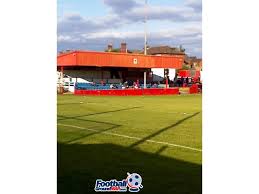 InvertedWingbacks
6 years
That's a bold objective...looking forward to seeing how this goes; it's a good start

You are reading "From The Bottom To The Top".