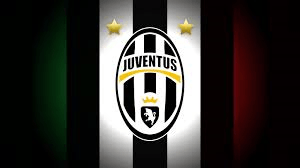 Antonio Conte has decided to step down as the manager of Juventus. We don’t do why Conte has step down as yet but Sky sources understand that he wanted to leave on a high, Antonio is going to give a statement later on today explain the reason behind the shock. 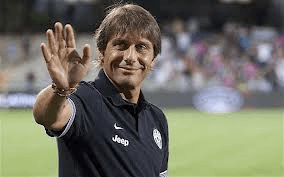 The Mangers Last Goodbye to the fans.

With the new season fast approaching Juventus will be looking to bring a new manager in as soon as possible. Juventus Chairman Andrea Agnelli was quick to thank Antonio, saying that he has brought Juventus back to the top of Italian Football. And wishes him the very best in what he decides to do.


The Race for the Manger job is high with a lot of top class managers looking to move to Italy. The four top runners are.


Louis Van Gaal 1/2
Van Gaal has let us know that he wants to get back into club management, and is looking at clubs. If Juventus came calling he would not be able to turn them down. 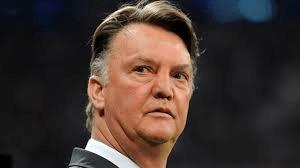 Juergen Klopp 3/1
Klopp has done wonders for Dortmund, but with losing all his players to Munich, like a parent club Klopp might pack his bags. With Dortmund always falling behind Munich how much more will he take before he says this is enough? 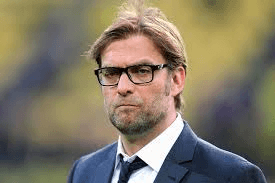 Roberto Mancini 6/1
Managing over in turkey seems to be a step down for Mancini, wining the Primership with Manchester City. It seems that Mancini will be there our there about’s if he wants the job it would be hard for Juventus to say no. 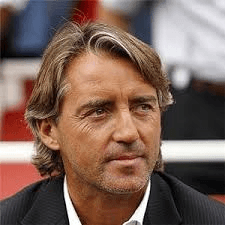 Zinedine Zidane 7/1
He is sporting director at Real Madrid but is loved by the Juventus fans, if an approach is made it would be hard for Zidane to say no. As he was on camera last year saying he still has love for Juventus. 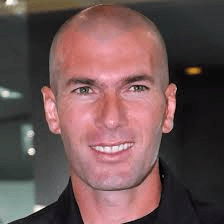 So stick with us true this lunch time as we wait for the statement for Antonio Conte, we understand that it will be in the next hour. 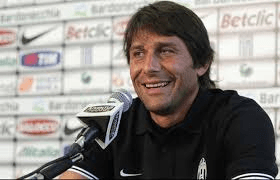 Antonio Conte has thanked the fans for their support as he was managing Juventus; we went on by saying that without them there would be no club. Also the players, he called them the best team in the world, and to keep going strong with the new manager whoever he may be. My time hear has be great I have loved every minute of it, we had some downs and we had a lot of ups.

The Broad have been great and supported me no matter what I wanted to do, Mr Agnelli knew I was leaving the club from last year; we just kept it from the press as we did not want all the hassle of the papers. And to win the league on my last season you could not write that, and the players played out there skin all season.

The reason I am leaving is I want time with my friends and family, I will get back into management one day could be 1 month our a year if not longer. But to all my fans I will be back soon, might not be to this club but you ever know in football.

Thank you all for coming out today, and I thank you for all the support again. Ciao
Login to Quote

In a shock move Juventus have gave an interim job to unknown manager Jason Kavanagh the Irish Born Manager who has been living in Italy the last 6 years working as an under 21 coach for Juventus.

In this Statement giving by the club, Mr Kavanagh has been giving a one year deal on £26,500 which works out at £15,000 after tax. Antonio Conte had some say in the next manager and came out and said he was really impressed with Jason man management skills. And he believes that Jason could be there for a long time.


This is a shock with lots of big name managers looking to take the job, Juventus has surprised everyone in the appointment. Jason who is only 26 years of age and has no previous managerial experience. Juventus are taking a big gamble with this appointment, but have said they feel under Mr Kavanagh the team can grow and still win Leagues and cups.


Mr Kavanagh has said it’s a great honour to be the new manager of Juventus, and has promised that there are good times ahead. And that he believes the team is good enough to go far in this year champion’s league. I have to thank the broad members and the old manager for putting in a good word for me. Now I have to go and get ready for pre-season and meet my players and staff. Thank you all for you time.
Login to Quote


After a long time looking at the squad and looking to make improvements, there was not that many positions that needed improved. The team is strong tall and fast, it would cost any team a lot of problems. In terms of players I brought in two and am working on one more, the two players I brought in are young players, and with an £8.75 Million Budget i used that money well.


Daniele Rugani was given 4 stars by my scouts and already co-owned by us I payed 1.1million to make the centre back my first signing as Juventus manager. He is on 2.5k a week till 2016. He is a player for the team as a backup but will get game time. 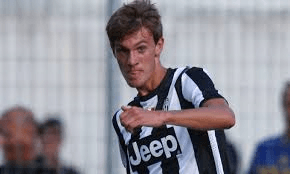 Danny Ings the English striker was also 4 stars by my scouts, and aged 21 he is going be a star for the club. And to get him for 5 Million is a steal; he is on £13,000 per week till 2017. I feel with the right training he could turn out to be a superstar. 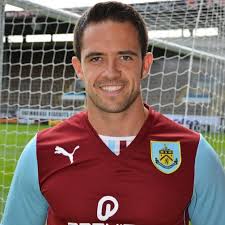 After looking at the club I knew I need to get rid of a few players, players that would not fit into my style of play. The players that went are as follows:

Fabio Quagliarella was the first player to go, I felt it was time to get some money for the 30 year old then get none later down the line. He went to A.C Milan for £1.7 Million.

Sebastian Giovinco I did not want to sell but I got an offer of £8.75 Million and I felt it was two good to turn down for the 26 year old. Lazio his new club now.

Simone Padoin is a work Horse but would not fit into my plans, Udinese offered me£ 1.7 Million for the 29 year old. I thought that was great business.

Mirko Vucinic is getting old at 29 years of age so I decide to sell when Chelsea offered me £11.5 Million for the striker, Great bit of business right there. So in total I made £23.5Million

A good pre-season only that little bump against Liverpool, I feel this season we can win the league and the cup I want to make it to the champion’s league final. The team is strong enough we have the players so why can’t we go all the way.

I have kept all the staff as I feel they know the club very well and I don’t want to go changing it just yet over the next couple of months I will be making small changes with the club. But for now I have a cup final against Lazio to get ready for.
Login to Quote 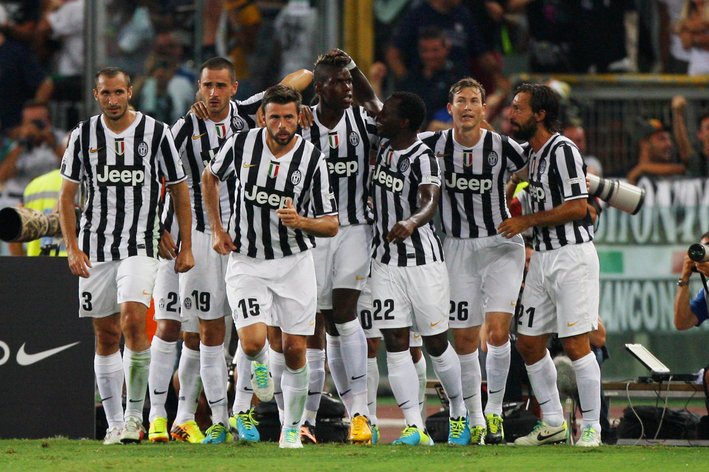 The SuperCoppa in Italy pits last year's scudetto winners -- Juventus -- against last year's Coppa Italia winners -- Lazio -- in a match no one except the fans of either side really cares about. Sure, it's a chance to get a sneak preview of what might be expected from two calcio heavyweights, but for the most part, this match gave us little in the way of surprises. Sure, we may not have thought Juve would put in four.

In the first half, Juventus supporters were likely most concerned with the fact that Claudio Marchisio went off injured in the 21st minute. The midfielder was involved in a rough collision with Stefan Radu and appeared to have hurt his knee. He tried to jog it off but was soon after replaced by Paul Pogba.

But fans of the Old Lady should worry little, considering just how good the young Pogba is. Just a couple minutes after entering the pitch (Opta said 35 seconds, but that seems unbelievable), Pogba scored the opening goal. Andrea Pirlo stepped up for a free kick but, rather surprisingly, chose to go out wide rather than try for goal. Stephan Lichtsteiner got on the end of the ball and sent it to the center, where it deflected off Radu. Pogba turned, collected the ball, turned again and put it in the back of the net.

Then the rest of the first half passed in a blurry haze of not-very-interesting football.
Fortunately -- for the black and white contingent, anyway -- Juventus decided that they were tired of being bored by their own match and turned up the heat. It took just seven minutes after the restart for Giorgio Chiellini to score Juve's second. It came off a quick counterattack after a Lazio corner. Arturo Vidal slipped the ball over to Lichtsteiner, who raced up the right to feed it on to Chiellini.

Two minutes later, Lichtsteiner had a goal of his own. A fancy little flick from Mirko Vucinic put the Swiss straight in front of goal, with only Federico Marchetti to beat. With over 30 minutes left to play, Juventus were up 3-0.

But that just wasn't enough for the reigning champions -- they had a message to spell out, and they needed to make sure no one missed their intentions. The bianconeri flooded the Lazio area, and, incredibly, Marchetti managed to save two sharp shots. But once the ball fell to Carlos Tevez, well ... well let's just say it looked as though the goalkeeper was struggling to keep back the tears once the fourth goal went in.

With fifteen minutes left to play, Lazio managed to find a good chance when Pirlo conceded possession. It was Keita with the opportunity, but Lazio's man could only force Gigi Buffon into a save. Soon after, Juve cheaply gave away the ball again, and this time it was Ederson with the chance and beats Buffon with a lovely chip from outside the box. 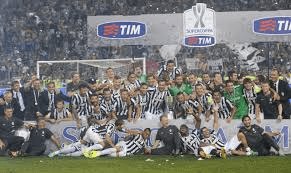 
So we can use this match to say Juventus will dominate Serie A and make a splash in the Champions League. Or we can use it to show the Old Lady still have their flaws, and will grow lazy when they have an advantage. Or we can just be reasonable and say that this was still a preseason game and really, let's just see what the season brings.


Manager Comments
The team showed there class today, from start to finshish we did not give Lazio a chance, people say once we go 3 goals ahead we get lazy well I promise you that this is not going to happen. We want to score as many goals as we can and play the best football we can. But for the team this is a great result. Now the hard work starts for the rest of the season
Login to Quote

You are reading "Juventus: A New Era".