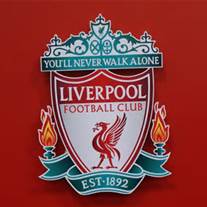 
Liverpool are one of the most successful and decorated clubs in English football. They have won more European trophies than any other club in world football, with five European cups, three UEFA Cups, and three UEFA Super Cups. They have also won eighteen league titles! The club was founded in 1892 and joined the Football League the following year playing at Anfield since its formation. Liverpool have two fierce rivalries in the league, which include Everton. The other team obviously being Manchester United, the club's anthem is 'You'll Never Walk Alone'

Goals For This Career'


- Become Premier League champions within two years.
- Create a young, English squad.
- Create a fortress at home.
- Become the richest team in the world.
- Become the most reputable team in the world.
- To win the Champions League.
- Develop young talent through my youth squad.
- Become England manager.
- Make the story go on for at least ten years.
- Win the World Cup and European Championship with England.
- Make it interesting.

Well another day, another story. I know I have done loads of stories in the past that haven't gone really far, or I have just left it halfway through. But I am going to try and dedicate a lot of time to this story and make it amazing, I hope you can read and enjoy it too. I hope you like the story, and I get the next update out sometime today!
Login to Quote

Where Is Brendan Rogers? 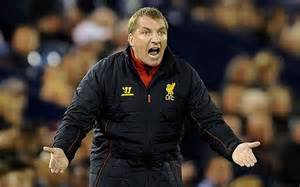 There is somewhat of a mystery going on at Liverpool in the past couple of months. The Merseyside club have reported to Sky Sports News that their manager, Brendan Rogers has been missing since the end of the season.

They haven't reported it earlier due to the fact they thought Brendan took a holiday to reflect on how the season went, and how he could improve the team for the coming season. After a few months, Liverpool began to worry where there manager had gone after he has not shown up for training for three weeks.

"He has not been answering the calls, thats we have been doing, nor has he replied to the numerous amount of e-mails that we have sent him. It is worrying for everyone associated with the club, he is a popular figure here at Liverpool, and we all just want to know that he is safe and sound." Said club captain, Gerrard.

Nothing has been confirmed to weather Liverpool are going to search for new manager or wait until they know about Brendan.

With not long left until the season if he is OK, Brendan seriously needs to inform Liverpool about his plans/changes for the season.

I guess we will found out soon what is happening in this dramatic piece of news. Let's hope it's sooner, rather than later!
Login to Quote

WHERE THE HELL IS BRENDAN?! Will follow pal.
Login to Quote

Radders2109
7 years
Fm hunter - Thanks mate! You will found out where Brendan is soon :-) haha
Login to Quote

You are reading "Liverpool FC - Recreating The Glory Days!".