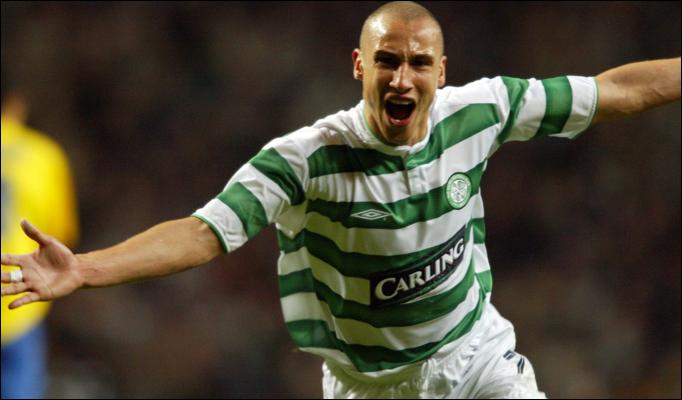 We here at Celtic are more than excited to be able towelcome the King of Kings, Henrik Larsson back to the club to become the new manager of our very Prestigious club. Every Celtic fan will know of the great things the Swede has done for our club and is down as one of the true legends at our club and also in football. Henrik Larsson has had a great footballing career, Better than most, He has been able to play with teams like Barcelona and Manchester United after his time at celtic. He has won many different trophies like the Champions league and also many different league trophies like the La liga and the Scottish premiership. His most successful time was undoubtedley at Celtic where he amassed a huge 242 goals for the club and reached the Uefa Cup final coring two goals before having the trophy stolen away by a great Porto side. Larsson, who replaces Neil Lennon at the helm of the club has always shown that his heart lies in Glasgow and that the club will always be on his mind. Since retirement from playing football, Larsson has came to Glasgow twice for testimonials and Charity matches for his great friend and former teamate Stiliyan Petrov.

Larsson has been granted a one year rolling contract which many see as the board taking a cautious approach. This possibly suggests that they feel that the appointment is a risk, this is understandable as the Swede has had small managerial roles in Swedish lower leagues.

The fans of our great club will welcome Larsson with wide back into the club but there is a definite worry on the minds of the fans as no one wants to Larsson fail, His history at the club may be tainted if this career move doesnt work out for him. Lets hope that turns into reality and that we have a long successful time with the King of Kings, Henrik Larsson. Hail Hail.
Login to Quote 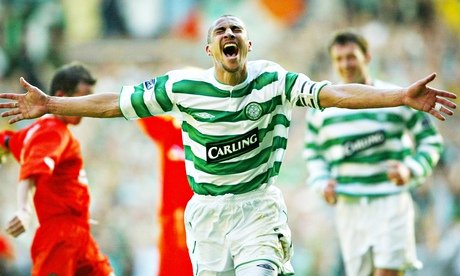 Henrik Larsson today admitted to the press that Celtic never left his heart once he had left. The Swede was talking in his first press conference after coming back to manage the club following the departure of Neil Lennon after his 4 year reign. The atmosphere in the press room was of a happy tone as he descibed to prolong wait he had before getting the chance manage his favourite club.

Larsson:"Hello everyone, Im ready for your questions"

Journalist:: "Henrik Welcome back to Glasgow, How does it feel to be back, managing the club you spent so much of your esteemed career at?"

Larsson: "Honestly, it feels like im home, My heart was always here at Celtic. I was very sad to leave the place which truly made my career but im happy to be back."

Journalist:"Many feel your appointment is one of risk, whats your feeling on the matter?"

Larsson:"That is their opinion but i can safely sayto myself that this club Never left me when i joined Barcelona, It was always on my mind and for that reason i can safely say that i will put my all into making this work. I plan on making this team as succesful as it was back when Martin Oneill was in charge and when we were making it to the final of the the big european competitions."

Journalist:"Henrik that was a great team you had back then and it took years to mould into what it was, do you think you have the time and the funds to be able to build a team quite like that of the Martin Oneill era?"

Larsson:"Well it will be hard, there is no doubt that the current financial situation we are in will be a problem, but attracting the right player to the club to help me build the team i want to build in the time i have been given will be difficult but i feel if we all pull together at the club we can achieve this!"

Journalist:"Henrik those are inspirational words to be speaking so early in your career as manager at celtic, Have you any final words to say to the fans before we finish the press conference?"

Larsson:"Yes, I have a few words i would like to say to the fans. I am here at celtic to bring true European Success back to the club, I want this for me and for you! I signed for celtic many years ago and enjoyed many succesful years at the club scoring goals and winning competitions, All i can say is that this i what i want for my celtic team, I want to fill the stadium everyweek as we win the league, the scottish cup, the league cup and get as far into europe as possible, You can help do this and so i plead for your support not only for me but for the player, Thank you!"

Some very strong words spoken by Larsson there as he shows his commitment to the club and hints at some of the goals he plans to achieve at the club over his stay here. Its clear that he plans on staying for the long run and so we can look forward excitement he plans on bringing to paradise.
Login to Quote

Feliks
8 years
great writing mate, now larsson can return to his spiritual home and guide celtic to the success they deserve!
Login to Quote

You are reading "The King Of Kings Returns".