Hello, and welcome to my new FM14 story , which i hope it will last a long time.I will be taking Everton with an unknown manager . I hope you enjoy reading it !
I will start updating it from tomorow .
Login to Quote

The 510 Series
8 years
Awesome! Always good to see an Everton story on the site!
Login to Quote 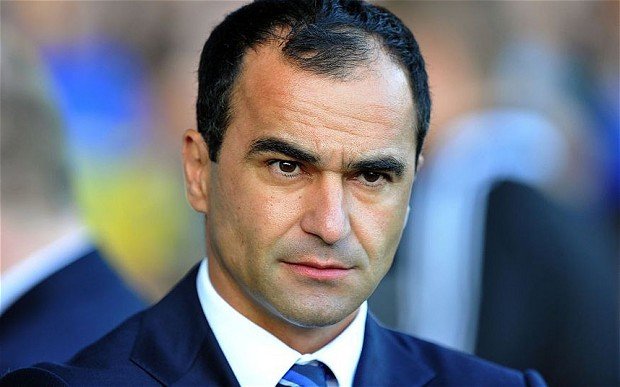 Everton's head coach Roberto Martinez resigned.In the leaving press conference he said that he had made a big mistake for joining the Toffees.He said that he was going back to Wigan that and that the Wigan chairman Dave Whelan had called him to rejoin the Latics.
Login to Quote After many weeks without a head coach Everton finally approached one . Everton approached Ajax and Ac Milan's
legend Frank Rijkaard.
After having a bad spell at Saudi Arabia he got sacked . Everton's chairman Bill Kenwright belives that Frank Rijkaard
has got the potential to make the Toffees one of the best teams in England .

Reporter:Hello and welcome to Liverpool and The Barcalys Premier League . Do you feel that
the excpected Europa League qualification is reasonable for your first season as Everton manager ?
Rijkaard :Hello ! It's a honour to be here . Everton is a big club and I am looking to progress the team forward .
We are in agreement the Europa League qualification is the minimun thing that i can excpect from them.
I am planing to make Everton one of the best teams in England.
Reporter :You have taken charge when it is rumoured that Leighton Baines will leave the club. Can you comment on that speculation?
Rijkaard :I have been aware of interest and have spoken to Leighton . And he said that he wanted
to leave . For all teams that want him they need to pay a minimum of 30M paunds .
Reporter :There are rumours that you are trying to bring in free agent, Ashley Cole is there any truth in that statement?
Rijkaard :Well there is some interest from us ,it's too early to tell anything concrete .
But if Leighton leaves we for sure will try to transfer him .
Everton Press Officer : There won't be any further questions to Rijkaard
Login to Quote

You are reading "Everton : Nothing but the best.".