Neal
5 years
The only reason I know who Tyton is is because of that penalty save off of the bench for Poland in Euro 2012 when Szczesny got sent off. Good signings, too 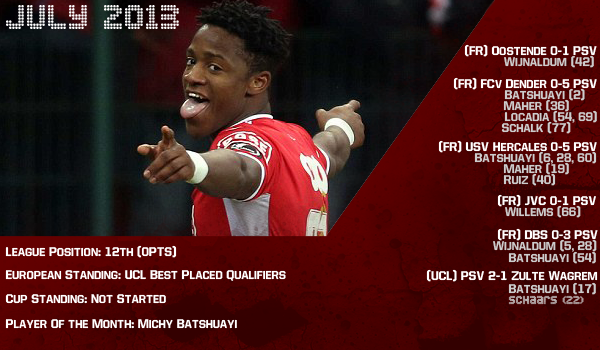 
Overall, i'm delighted with pre-season - maybe the matches weren't the hardest, but we played well, displaying some excellent passing and intelligent play for the goals and created plenty chances: if we can continue this in the coming months, i'll be a very happy man.
Login to Quote

ASR_PSV: Thanks man! I'm enjoying story writing a lot more with the graphics; especially as I slowly improve at them! thanks for the feedback!
Login to Quote 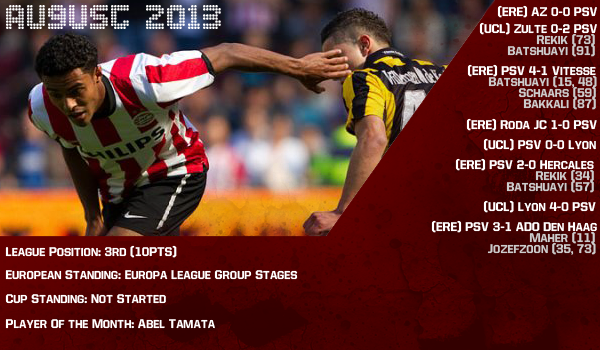 This month, our boys have put in some gutsy performances, and, despite falling short of expectations, there are some definite positives to be taken away from new manager Tony Young's first month of competitive matches.

A particular highlight this month was the performances of Abel Tamata, who was playing in the right-back position in most of this month's games. We at psv.nl caught up with him after training yesterday to get his view on the first competitive month, and how he feels about being name the fans' player of the month! 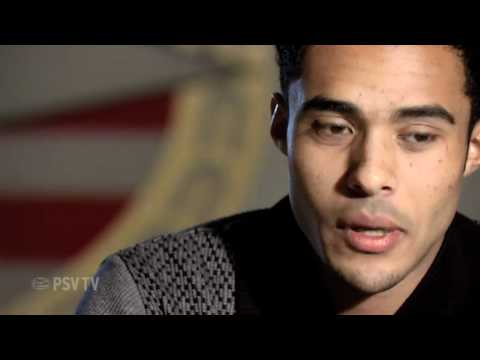 Hi Abel, congratulations on winning the fans' player of the month award, as voted for by fanclub members and members of the club's official site!

Thanks! it really means a lot to have my efforts recognised by the supporters, and hopefully I can continue to grow as a player and continue to please the fans.

So, Tony's had his first competitive month in charge: how do you think it went?

Overall, we've put in some great performances, and really showed what we can do from an attacking perspective. Obviously its disappointing to lose games; and against Roda we should probably have won, but the Lyon result away from home really shocked us, and in the next game we found a new gear, and hopefully we can continue to find that top gear and put some more great performances in

What was your favourite moment of this month?

*laughs* in the changing room, after the ADO match, we all came back from the showers and Michy [Batshuayi] was changed and standing over Tony delivering a mock team-talk, telling him to get back out there and do 100 pressups in front of the remaining fans...

And how many did Tony manage?

78, but with Michy sitting on his back! Nobody's messed with him since!

So, the new PSV boss is a machine apparently, and spirits are high in the camp despite a heavy loss to Lyon; what does the future hold for PSV?
Login to Quote

Griffo
5 years
Brilliant use of images! How is Rekik doing for you?
1
Login to Quote

pompeyblue
5 years
Nice start to the story TaT and a very nice graphic there indeed!
Good luck for the rest of the story and save.
Login to Quote

pompey: Thanks dude, i'm really enjoying making graphics now; and my HDD is fixed so hopefully no more crashes!
Login to Quote

Slid3Tackle
5 years
it was a pretty good month mmate..exept that defeat against Lyon...
Login to Quote 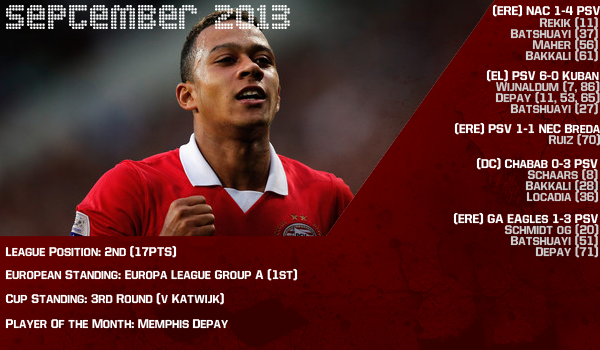 With 4 wins from 5, 17 goals scored and only 3 conceded, new Manager Tony Young is certainly quickly endearing himself to our fans! For us here at psv.nl, the highlight of this month was certainly the performances of 19 year old winger Memphis Depay, who terrorised defences all month wherever he played, scoring four goals in the process. Below, we take a look at the youngster's journey to the first team, and chat with him about all things Memphis and PSV!

Memphis arrived at PSV from dutch side Sparta Rotterdam in 2006, making his first team debut in the KNVB Cup Final in April 2012, and being officially moved to the first-team the following day.

Memphis: I've got to say, signing that contract was one of the happiest days of my life; knowing that i'd be playing at PSV for at least another 5 years...I was absolutely made up - this club has done so much for me since then, and it's an honour to pull on that jersey.

So far this season, Memphis has scored 6 goals and provided 6 assists in 12 appearances, but when we asked him to pick a favourite...it took him a while to decide!

Memphis: Well, that's a tough one...I'd have to say...probably my first against Kuban: it was my first goal of the season, and to win and then score the freekick really meant a lot - i've been working on them in training and it's good to see that work pay off

In that game of course, Memphis scored 3 times to help PSV to a 6-0 win, but he insists that his play is all about helping the team:

Obviously, scoring a hat-trick in a European game is a massive boost, but at the end of the day, this is a team game, and if I can pull defences out of shape, sneak a pass through the opposition, or even just get myself between a player and a pass to help the team, then i'm happy - my contributions should be measured in more than goals

Griffo
5 years
I can see Depay becoming a PSV legend!
1
Login to Quote


He kind of is a legend already, but he'll probably leave this season or next season, so he won't really become a PSV legend irl. But he's a great player, and I think he can be a very very good player!
1
Login to Quote

InvertedWingbacks
5 years
Work's been hectic recently, but I'll hopefully get some updates out in the next couple days!
Login to Quote

You are reading "PSV: The Second Century".