TheMS99
6 years
Replies: @Pokarioboy and ASR-PSV: Top 7 would be nice, top 4 would be even nicer, but we can't keep this form up forever? Can we?

Southampton have extended their unbeaten run to 13 League games, 16 games in all. The Saints have been in a great mood, reaching the Quarter finals of the league cup, in which they'll face Tottenham Hotspurs, but they also sit in the qualification zone for Europe.

V.S Stoke and West Ham (Away) No scorers.

Southampton will be very pleased, that even though they dropped out of the top 4 in the last month, they still remain poised to qualify for Europe. David Moyes is feeling the pressure of following Sir Alex, with his side in 7th. Cardiff have enjoyed a very respectable start to the campaign, up in 12th place. For Liverpool and Swansea, things have not been as good as they should be. Liverpool have already sacked Brendan Rodgers for Guus Hiddink, but so far it seems even he can't repair what has been done so far this season. Hiddink had won the FA Cup with Chelsea in his last spell in England. Michael Laudrup and Sam Allardyce could be next, with their squads in not much better form.

After what was a poor start to the campaign personally, Nathaniel Clyne was dropped in favour of Luke Shaw. But, a solid display defensively and offensively have made him the Saints player of the month for November. The former Crystal Palace man beat out last months winner Jose Fonte and captain Adam Lallana, who both excelled this month.
Login to Quote


The World Cup group stages have been drawn. Now, lets see whose in what group?

Group A: Hosts Brazil should easily qualify from this group, with Ukraine and Cameroon battling for 2nd place. But, watch out. Costa Rica could be a shock team. For some reason, they seem to be at the best they've ever been. For some reason.

Group B: Argentina should win the group with ease, Croatia in second, South Korea in third and Egypt in fourth. Seems to be about it really.

Group C: Spain appear to be favourites, even though they have a tendency to self destruct. England and Ghana should have a brilliant battle for second, with Jamaica likely to be destroyed and how.

Group D: Germany and Portugal are the favourites for the group, but USA and Senegal are still good sides and should put up some fight, and may shock us all.

Group E: Italy are the favourites for this group, and will be looking to win the world cup back, something that they failed to defend in 2010, and how, bottom with just 2 points. The other 3 are near enough equal, with Ecuador probably being the favourites for 2nd.

Group F: The group of death. Everyone seems to be equal with each other. If I had to pick two teams to go through, it would be Belgium and Mexico.

Group G: Holland, Colombia and Russia are battling for two spots, with Holland and Colombia being favourites. Holland where runners up in 2010 snd are likely to challenge for the title again this season.

You forgot one thing though, Australia will top Group E

TheMS99
6 years
Replies:@ fzemdegs: They may do! I mean look at Costa Rica! Costa Rica won a group of 3 world cup winners. That is quality.

Just a few days earlier Southampton had knocked the London side out of the Capital One Cup 7-6 on Penalties, after a 1-1 draw.

Speaking of the Capital One Cup, Southampton will play Chelsea in the Semi Finals, while Everton face Liverpool in the Merseyside derby semi final.
Login to Quote

Zed
6 years
Unlucky with the loss there, but still you've got a great season so far! Keep this up!
Login to Quote

A dismal month for Saints!

Southampton's unbeaten run ended after 2 defeats at the end of the year.

Southampton, who were level on points with Chelsea before the bad run of form, slip down to 6th. Liverpool have leapt up to 12th under Hiddink, while Cardiff have slipped back down the table. Crystal Palace and West Ham are now joined by Hull at the bottom of the table.

From having a 5 rating after two games, and being dropped in favour of Luke Shaw, to winning two player of the month awards. The Saints defender has been a great player despite the form of the team overall, and even got the assist for Rickie Lambert's winner against Fulham.
Login to Quote

TheMS99
6 years
@ASR-PSV: The title is out of reach maybe, but Champions league is still on. LETS DO THIS!
Login to Quote

Slid3Tackle
6 years
I think that if you finish on an Europa League place this season will still be amazing!
1
Login to Quote

pokarioboy
6 years
Europa league is in reach, so go for that! Champions league would be amazing
Login to Quote

TheMS99
6 years
Off on holiday monday to friday, so no updates during that period sorry!

Southampton in Capital One Cup Final after "To me, to you" Second Leg!


The first leg ended at Saint Mary's 0-0. Chelsea and Southampton then met at Stamford Bridge, for the stupidest yet most entertaining game of the season so far.

Fernando Torres put Chelsea ahead. His 7th goal in 13 appearances for Chelsea this season, before his fellow Spaniard Juan Mata doubled the lead. Southampton looked buried. But, Rickie Lambert scored two penalties either side of transfer listed Osvaldo's strike to put Southampton on top. Cesar Aspillicueta equalized two minutes before the end of the half, with fans unable to wait till the second half. Jose Fonte's own goal looked to have been the final say, but Osvaldo scored again to keep the Saint's in the game, before scoring moments into extra time to put the saints 5-4 ahead. Young Chelsea player Jeremie Boga levelled but, in dramatic fashion, substitute Jay Rodriguez broke free and scored the 11th and final goal to send the Saint's through to the final, where they will meet Everton who beat Liverpool over two legs to get this far.

After the game, Jose Mourinho criticized the officials saying that "Other teams always get their way against Chelsea. It is unjust and unfair. We are the better team, I just wish the referee's would stop trying to stop us in our goals. Michael Ballack can consider himself lucky that his team beat ours." to which the German replied "I think Mourinho can't handle that on the day his team was beaten by the better team. Yes, we got lucky with Rickie's second penalty, but in all honesty, that was just one incident in the first half. There was still a long way to go. Just cause Jose is a cry baby, and can't handle defeat, it's the referee's fault?"

The two were considerably close during Jose's first spell as manager's, but this season, with both as manager's, it seems it's turned into a proper fight. But, in the end, it is the Saint's heading to Wembley.
Login to Quote

Southampton manager Michael Ballack has announced that two players will be joining the club at the end of the season. He has said "I cannot wait for these two players to join. Sergio and Jimmy will be great additions."

http://img.fifa.com/images/fwc/2014/players/sqr-5/266783.png
The first signing is that of Argentina keeper Sergio Romero. He started his career at Racing Club, before joining AZ Almaar for £1 million in 2007-08. After 4 seasons and 90 appearances, he joined Sampdoria in Serie B for £1. 8 million. He was their keeper as they were promoted before joining Monaco on loan this season. 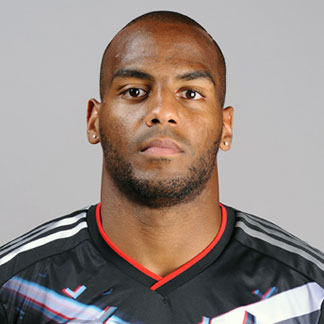 Jimmy Briand has had a longer career than the Argentine. He started his career at Stade Rennais, and over 9 years he was a key player before he left for Lyon in 2010. 4 years, 25 goals and currently 97 appearances, he leaves for England and a new adventure in Southampton.
Login to Quote

Tallery
6 years
Two great signings. Good luck for the rest of the season
Login to Quote