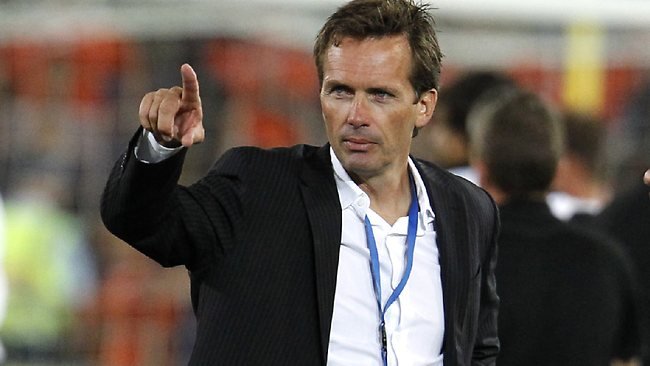 "After a long time of thinking, I decided it was best for my development to move on as coach", Mulvey stated in his departing press conference."I have been receiving offers from various clubs throughout England, where I can further develop my coaching".

Chairman Chris Fong however said that this was an expected move from within the Roar board. "We saw he was getting offers from clubs of higher level than us. We knew that eventually he was going to leave, but we most certainly did not want him to leave at all" chairman Fong continued by saying, "we already have some applicants for the job, and should announce the next coach within the next two weeks".

Former Central Coat mariners, and experienced coach Graham Arnold is expected to take the job, whilst former perth glory coach Ian Ferguson is also thought to be in contention.

Mulvey himself used to be assistant manager to former A-League club Gold Coast, before moving to Melbourne City to coach their womens team. He then took over the Roar after a disappointing season and guided them back into a top 6 finish with a 7 game unbeatenHe then won the A-League the following season in record time, with two games spare.

Brisbane Roar fans are in shock after this resignation, and will hope that the new manager after Mulvey will help sustain the teams victorious form. The c ity of sunshine must now wait with bated breath as to who takes over.
Login to Quote

Great to see another Roar supporter! I hope we can have a good run in the league and play-offs

Griffo
6 years
BBC reporting on the A-League?
1
Login to Quote


It was a cold winters night, I was busy on the computer, playing a very addicting game called Football Manager 2014, I was managing Barcelona, we were in the CL final against Manchester United, up 1-0.

“Come on Messi, you got Alves out right, no, NO, crap now they’re on the counter, shit.”

Now I’m talking to myself over a game, I must be bloody mental.

“Oh no, get your head out of the clouds pique and cover for alves, cover I said cover…”

I heard a massive roar erupt from the room next door. Confused and slightly in fear, I jumped out of my chair, and walked into the room nearby.

There sat my room-mate and close friend , Mark Wimbley.

“What the hell is going on here Mark?”

I slumped down next to Mark, furious, he pointed at the screen and indicated that I should look there; I looked and saw Mulvey talking. I couldn’t believe my eyes, he was saying he felt it was time to develop as a coach, that it was best for him.

“I wonder, has he actually thought of the Roar? The git did so much now he’s just bloody left us like that, how could he..?”

“Well they said it was within the Roar, but was it? We are close to him and we heard nothing of the sort.” Mark said this as he got up, opened the fridge nearby and threw me a beer.

Mark and I are the under 21’s team coaches. He was assistant and I was Head Coach. We had a great bond, as well as a great team. We both had a great bond and understood each other. We help the Brisbane Roar 21’s lift the title, 6 points clear off of the rest.

Suddenly the phone began to rang, I got up and told Mark I was going to answer it. I placed my beer on the table, then walked casually then answered the phone rather gruffly.

“Hello, is this Faisal Hamza?”

I looked at Mark nervously, he was too busy looking depressed and I think he himself opened his game of Football Manager 2014.

After a 30 second period of silence, the voice suddenly spoke.

“Well Mr Hamza we are pleased to inform you that we have called you today in order to discuss the possibility of you becoming the Head Coach of Brisbane Roar FC. After this call, further meetings will take place regarding your position”.

I dropped the phone. All of a sudden a image of me holding the A-League trophy with the rest of the boys, and the fans chanting my name.

I picked up the phone, took a deep breath then answered:

“Very well then, let’s get down to business”.
Login to Quote

I really wanted to use a news website but I couldn't find a categorised one that does A-League, so I've changed it to the banner I use for the story.
Login to Quote

Thanks for the suggestion

I'll consider using it next time around.
Login to Quote

pokarioboy
6 years
@Griffo: Thank you so much!

Hope you enjoy the story

@walkinshaw Thanks bud, A-League is a lot different to other leagues so I'll have fun

Rise of the Roar: The First Press Conference


I looked up at the clock, then looked down, back up, down.

In exactly 5 minutes I was going out into the pressroom in my first ever press conference. I don’t think I was more nervous in my life. All the meetings done the previous week were like a blur, all I remember is I appointed Mark as my new assistant coach, it was a no-brainer at the time, but now I think I should’ve talked to the existing assistant manager before just giving him the boot.

I walked in and instantly I was taken aback by the amount of people, journalists there to see me in action. I walked up to the seat, stood and waved for a couple of photos, then took a seat next to Chris Fong.

I looked around, I eventually saw the hostess who was about to talk.

Hostess: Alrighty then, any journalist with a question, please raise your hand.

All the journalists raise their hand at the same time, the hostess picks the first journalists she sees and hands it to him.

Journalist: What is it like to be managing the first team at the Roar, especially since you are so well linked to the club?

Me: Well, it’s honestly a dream come true, I’ve always admired the Roar, even the queensland team before the Roar. To me, it’s a massive step up in my life, and one I wish to take and grasp fully, and develop myself further as a person and as a manager.

The hostess hands the mike to another person, I sigh with relief, I answered that question alright.

Journalist 2: So how do you plan to take the club forward, considering you have no pervious experience?

My stomach lurched, this was exactly the type of question I wanted to avoid. I had no answer. No, I kept saying to myself in my head, no. Say something, come on….

The journalist scoffs, I want to yell at him but I restrain, and think hard.

Me: Well, first off, I only accept questions and not ideas. I have been part of the clubs setup for a couple of years, so I understand the philosophy behind our play, and I know the players. Obviously we must add a couple players to the team, considering Besart Berisha has left, but I am confident we can rally forward without him.

I sigh again, in relief. I answered that question well enough, so I’m happy.

I keep answering questions from then on for about 30 minutes. I always delivered sharp, quick and smart responses, which fully answered the question. I avoided tactic questions in order to keep the club tactics secrets, partly because I didn’t fully know myself what I wanted to do with the tactics.


I was pleased, being a Head Coach felt amazing. But the coaching speaks for itself on the field, which is where I must turn my attention too.
Login to Quote

You are reading "Brisbane Roar FC - Rise of the Roar".