BREAKING NEWS
F.C. Andorra has folded and will not be participating in the Premiera Catalana group 1 next season. The Andorra-based club has had to release all their players, comprising most of the Andorran national team, It is expected that these players will sign for the local Andorran sides.

Bizarrely, in response to this, the Andorran FA has encouraged teams in its leagues to turn semi-pro. Next season, there will be 6 semi-professional teams in the first division, out of 8 total. All but U.E Santa Coloma and Ordino, due to financial constraints

BREAKING NEWS
Principat have signed Andorran Carlos Toscano as their new manager. The relatively unknown 32-year old has played for El Palo, a Spanish semi-pro team, but had to end his career 3 years ago due to ongoing injuries.

He has high hopes for his team and says he should be able to reach the Champions League if given enough time. Both the director and chairman seem to be pleased with the appointment and feel he can lead C.E Principat to great things.
Login to Quote

I have cancelled two friendlies because we have very few able players and I want to be able to field a decent squad. in the three friendlies, not rotating to death. 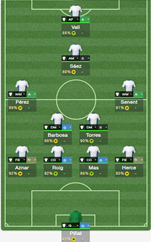 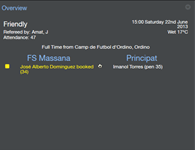 The win was very pleasing because we kept solid defensively and we will need to do that in the regular season because we are predicted quite low, albeit we played a lower league team.

Our pre-season was pleasing because we won two and we only lost against a team which to be honest, we shouldn't really be winning

Then we had a 3-month break. (as the season is so short in Andorra) I could not arrange any friendlies because literally every single team’schedule was full, very frustrating.
Login to Quote

6499red
5 years • Edited
Just a little information for the future: I will do updates for pre-season,mid season and end. also i will feature any important games directly. sorry about the lack of friendlies for 3 months.

Also, i will not be able to upload for a few days because i am seeing relatives.
Login to Quote

You are reading "Principat - Storming the mountains of Andorra".