She was also one of the best young English defenders, with her and Casey Stoney, now of Arsenal, having had one of the best club and country defensive partnerships when the pair played at Lincoln together.

Since retiring, Bradley has said she wants to prove that the mans game of football can be coached by a woman. We shall see if she can make it.
Login to Quote

Uwe Rosler has quit Wigan Athletic just days into his job as Wigan coach. He had recently just signed a contract with Wigan, but reports say he is not ready to deal with the demands of a Europa League campaign. Rumours are rife over who will take over with the favourite being Hope Powell who was sacked from her role as England Womens boss after a disastrous 2013 European Championship.
Login to Quote

TheMS99
5 years
Changed my mind about the club I'll be using. Watch this space, Sophie Bradley will not be at Wigan.
Login to Quote

Thanks to you and the club through all that has happened in my time at the club, you have always been there for me. It is with a heavy heart I leave Anfield, as I have made many friends, such as Stevie, Danny and Jordan. Unfortunatly, the English Media treat me like a murderer for doing an occasional bad action. I am sorry to leave, may you prosper without me, good luck in 2013/14 (the season it will be).

(AN: I'm a Liverpool fan, and Wigan in the January Update was still a bit too easy for me really, this is somewhat of a challenge.)
Login to Quote

TheMS99
5 years
@Qwertyman: Funnily enough, thats the song I named the story after.

Bradley in as Rodgers departs!

Brendan Rodgers has departed Liverpool after 2 years at the helm of the club. The Northern Irish man quit Swansea in 2012 to become Liverpool coach, and after a less than stellar first season, the club finished second last time out. But, the loss of influencial Striker Luis Suarez will hurt the new manager of Liverpool, as the Uruguayan joins Barcelona.

But the new managers name is the shock of this story. 25 (irl 24) year old Sophie Bradley has been appointed as the new Liverpool manager. She recently retired from playing after a serious injury ruled her out for the season playing for Notts County Ladies, formely Lincoln. The Defender has reportedly been given a near £100 million transfer budgets, with reports suggesting that a new striker could join Sturridge and new boys Lambert and Remy (LOL STEVE'S UPDATE). However, reports say that new defenders could be in order as not only did the defensive display cost Liverpool in the end of the last season's title race, but Bradley is reportedly not a fan of Kolo Toure or of keeper Brad Jones. However, she's said she is happy for now having just Mignolet and the returning Reina in goal.

Elsewhere, reports suggest Tottenham may be in for a move for Lucas Leiva, Arsenal are in bid for Jordan Henderson and Southampton could be about to sign Sebastian Coates.
Login to Quote


In two days, Sophie Bradley's Premier League manager debut. But, what do you guys think of her excessive transfer regime? 10 new faces worth £118 million, with £50 million being bought in. But who did they buy?

Marco Verratti was being chased by Roma, with both captain Francesco Totti and superfan Neal saying the club should sign the best young Italian midfielder currently around. But, unfortunatly for them, Liverpool act quick, £25. 5 million for the player seems a good deal.

Ashley Williams was next to sign. After Southampton and Ronald Koeman were rebuffed as "He is happy at Swansea", Liverpool manager Sophie Bradley infuriated Koeman by signing him for £10 million. Bradley said that he was one of the best under rated defenders in the premier league, and believes that he shores up a defense that was one of the main reasons for Liverpool's title failure.

Yuto Nagatomo has increased Japanese profile of Liverpool by signing from Inter. The fee is believed to be around £8.75 million, and gives Bradley a versatile left or right back, with European experience. 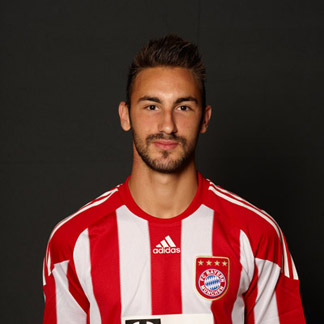 Diego Contento was reportedly unhappy at the Allianz Arena, so a £2. 5 million deal which sees him become Liverpool's new left back, alongside Jose Enrique shows that Liverpool can get deals on the cheap, instead of just shoving money at people, like a popular meme.

Neven Subotic and Mats Hummels had one of the best Bundesliga defensive partnerships out there. Liverpool broke that up though, with £15 million spent on Subo. Liverpool legend Jamie Carragher has said that the defender adds more defensive cover and stability and can't wait to see him play in a red shirt.

Connor Wickham may be a shock signing sure, but his form at the end of last season must have been enough for Bradley to spend £10 million on him. Especially since he was playing at Leeds United earlier last season.

Didier Zokora had originally joined on trial, but some impressive performances have lead to his permanent transfer. He returns to England having previously played for Tottenham. He is reaching the end of his career so to be a part of a club like Liverpool is a good thing for him.

Claudio Yacob has left West Brom, but with Benfica or AC Milan the expected targets, Liverpool have done well to sign him a reported £11. 5 million fee spent on him. Elsewhere, Southampton part with their third player this summer to Liverpool, with Morgan Schneiderlin joining Lallana and Lambert in an £18. 25 million deal.

The final incoming transfer is that of Chile's Gary Medel. Medel was reportedly content with staying at Cardiff, but with his release clause of £17 million being met, the Chilean made the decision to join the club.

Big names to leave are Brad Jones and Kolo Toure on free transfers, Sebastian Coates to Southampton for £5.5 million, Lucas Leiva to Tottenham for £30 million and Jordan Henderson to Arsenal for £14. 5 million. Many players have gone out on loan such as Suso to Malaga and Jack Robinson to Reading.
Login to Quote