Jim Jeffries steps down from Dunfermline


Jim Jeffries has left Dunfermline after a long run at the team and has now been replaced by newly found manager Bashiru Alebiosu,45,


Jeffries announced his department from the team at 8:25 on Tuesday morning. The Board thanked him for his hard work and support he brought into the team and they have also wished him a successful managerial career ahead of him

swanny8589
7 years
Great start mate, will be good to see a Scottish save


Thank you
Login to Quote

Jamesg237
7 years
I don't quite understand the poll but it is good to see a story about a Scottish team. Good luck for the coming season.
1
Login to Quote

Bashy345
7 years
This save will be a monthly update so i will do like competitions for the month such as top goal scorer assists etc,i will also post results for the months and all other important events.

Watch out for more News!!
Login to Quote

Bashiru Alebiosu gets of to bad start

With a good run in the league we are now out of both cups but we still have a chance to prove everyone wrong in the Scottish cup. P.S What other Stats should i add
Login to Quote 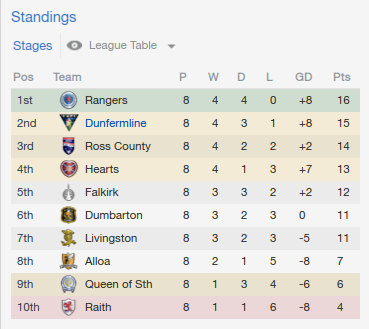 We are in a stable position at 2nd

Deleted
7 years
Draws aren't that bad, a point is better than zero points! Keep up the good work.

Suggestion; Try not to use spoilers much people are lazy and won't even open it. (I only opened the results) You've got more chance of people seeing it if they aren't in spoilers.
Login to Quote 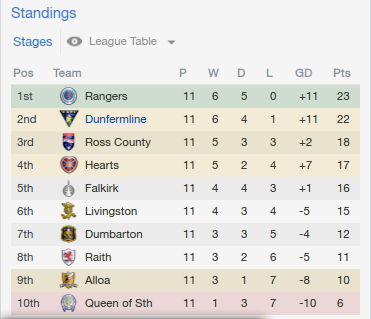 
We are just one point from 21st

Jack
7 years
Nice update! You may want to fix the BBCode under the stats bit but a great month!
1
Login to Quote

Feliks
7 years
this is a nice start to the story, keep it up!
Login to Quote

You are reading "Poll: Dunfermline - The Beginning Of Scotland".