Manchester City have been relegated to the Conference North after it was revealed that the club had won most of their games through the criminal world. Manuel Pellegrini, 60, allegedly fixed the results by use of the totally not fake Che Gavarro, a criminal group that originated from Chile, by threatening high ranking officials to win their games. Many a player also have reportedly been threatened as well by this matchfixing ring.

Ex-City players Jack Rodwell and Javi Garcia both went to the FA at the end of the season, after many months of being scared, they manned up and went forward. "Manuel threatened to have me beaten up if I told. I found out from Sylvain and Phil at Everton. Javi found out from David Luiz, his former Benfica team mate. We decided that Manuel's reign of terror should finally end."

We talked to Vincent Kompany, once the news broke that his boss was sacked, and will possibly spend the next 10 years in jail, maybe more. Vincent said "I....thought I knew him. He seemed a calm quiet individual. I.....don't know if we were good cause of our talent, or because of his influence. I will fight to restore Manchester City's name."

The club currently are unwilling to say anymore on the subject, other than that 30 year old Jack Thayre has been appointed as a new manager. Thayre has never been a professional, having spent his time at sunday league side Kingston Atheltic, having been a player manager for the last two years after the sacking of Johnathan Mills.

This is a dark era for Manchester City. Can the club recover their image? Keep their players? What does this say for English football?
Login to Quote


Michel Platini today announced that although Manchester City were expelled from the Premier League, and relegated to the Vanarama Confrence North, they will stay in the Champions League group stage.

A statement given says: "Manchester City's punishment of being relegated to the Confrence North has been viewed by all at UEFA as a sufficient enough punishment for the club. Therefore, we shall allow the club to maintain a place in the competition for this following season."
Login to Quote


Jack Thayre was announced just a few days ago as the successor to the sacked Manuel Pellegrini. The decision to appoint the 30 year old is shocking to some who believe he is too inexperienced. Some believe that is what City need done in the confrence north. Today, Thayre will answer your questions.

"Did you feel shocked at being offered the job at Manchester City?"
I was surprised to hear about the goings on of Pellegrini, but when I put my name forward, I never expected the club to want me. It was a pleasant surprise and now my aim is to simply get this club back up to the premier league.

"The clubs relegation could lead to an exodus of players....."
Says who? Not one of the players has come to me to say they want to leave the club. Sure, we have had a few offers, but none of any worth. Our players will only leave for the fees we believe are acceptable.

"How long do you envisage it taking to return to the premier league?"
5 seasons. I expect the team is good enough to win promotion after promotion. This club is going to be back on the up in next to no time.

"David Moyes has criticized your appointment saying you're far too inexperienced for this job, what do you make of that?"
You're serious? He was just like me when he joined United, except he had 11 years of ok finishes in the league with Everton. He was a pile of crap at United, whereas I will be awesome, cause in case he didn't know, just about anyone could be a better manager than him.

"The decision not to remove your club from the champions league has been also criticized with some saying that you should be for your dealings last season. What's your view on this issue?"
Look, at the end of the day it is UEFA's decision. I don't have control over it. Us staying in the competition just gives us a chance to prove my managerial ability and that we can still compete at the top level.

"Your first league game against Oxford City is vast approaching. Are you nervous in anyway?"
Who wouldn't be? It's my first competitive game as manager, and I aim to make it so the club win the game, and we can then go on to win more and more games.

That's all we have time for, tune in next time for a pre season report.
Login to Quote

TheMS99
8 years
@xander_dunlop1: Cheers man. Hopefully I can get back up. we shall see.


Today Edin Dzeko completes his £40 million move to Chelsea. Last season, the Bosnian was a scorer of many goals in the premier league, but after their relegation to the Confrence North, Chelsea came in with a mid £20 million offer. But, Thayre managed to negotiate to a £40 million fee. The transfer also continues to allow Thayre to sign some more players with reports of Mattia Destro, Jelle Vossen and Jordan Rhodes joining the club.
Login to Quote

The 510 Series
8 years
Just about anyone could be better than Moyes? Even Louis van Gaal?

InvertedWingbacks
8 years
good to see someone else doing a story like this! good luck man!
Login to Quote

@The 510 Series: As a Liverpool fan, nothing has pleased me more than 4-0 Mk Dons win over United.

@Jamesg237: Cheers James. Hoping for promotion as champions or I've failed in the confrence north.
Login to Quote


Jack Thayre hasn't been shy when it comes to spending money, with close to £100 million being spent already. And with another £40 million coming in for Edin Dzeko adding to an already high transfer budget. A total of 7 players have come in, with Thayre still reportedly willing to still spend some more money.

PSG Midfielder Marco Verratti was the first big name player willing to join Manchester City in the 6th tier of English football than to stay at the highest level. Verratti started his career with Italian side Pescara in 2008. He spent four years there, making 74 appearances but scoring just 2 goals, before PSG spent £9 million in adding the Italian to their ranks just last year. Just 27 games later, he moves to Mancheester, with City paying out 3 times what PSG did, in a whopping £27 million deal. Thayre said "Verratti has always been quality in my eyes. A solid playmake, more of an set up player than a scorer. Definitely a top buy for a club in the position we are in"

Will Hughes had a good thing going at Derby, having made 38 league appearances in the 3 years he spent at the club. It was reported that many big clubs wanted to buy Hughes, but City won the race by paying £7.5 million for a player Thayre once said had the potential to be better than Steven Gerrard and Frank Lampard. As a Liverpool fan, that must have taken a lot for Thayre to say.

Gary Bowyer had said for ages that Rhodes was not going anywhere. The striker who played for Oxford United,Rochdale and Brentford on loan from Ipswhich before joining Huddersfield, had scored 73 goals in just 124 games, before his £8 million move last year. Last season, he scored 26 in 43 for Blackburn. Thayre tested Bowyer's resolve by bidding £18 million, and Rhodes is now at the Etihad. The question remains to be if he will play ahead of Aguero, Negredo and Jovetic?

Neven Subotic adds to City's already strong defense. With Everton having had an offer accepted, Thayre acted quick to break up what he said was one of the best defense's in europe. "Hummels and Subotic are two of the best defenders in Europe, and since the decline of Vidic and Ferdinand.....certainly the best." He agreed a £9.25 million deal to leave Dortmund, who he joined from Mainz 5 years ago.

Roma favourite Mattia Destro leaves Roma as one of the strikers for the future. Francesco Totti reportedly was keen on getting him a new contract, labeling him as having the potential to rule Italy. But, City paid get this, £12 million for a player that Thayre said "is worth £30 million plus." But, Roma will be kicking themselves in the teeth. Destro says "I'm trying to get rid of Neal." Whoever this Neal is, we shall see. 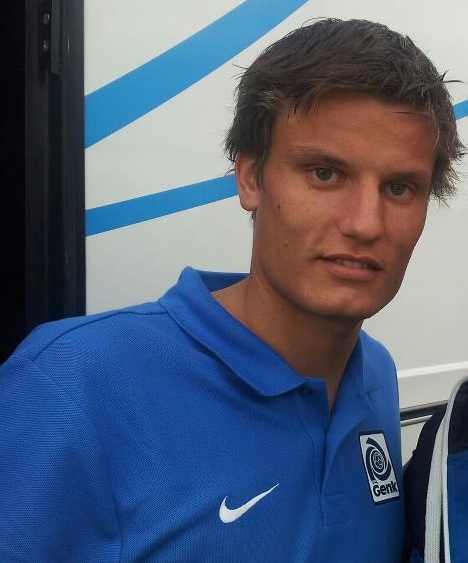 Having been linked with a loan move, it was believed he was going to England anyway. It was however a surprise to see him join City, especially when he has expressed his love of Genk. He had scored 65 goals for the club since 2006 and a further 6 on loan at Cercle Brugge so Thayre knows he is getting yet another good goal scorer. City paid £15 million for the Belgian international, and this could pave the way for more sales.

Thayre said this transfer was mainly for the future. Reports suggested he'd have rather signed Ter Stegen, but he joined Barcelona. Instead Thayre made a £10 million bid to sign a highly coveted young keeper from Frankfurt. He will have to fight Caballero and Hart for the number one slot, but he has ounces of potential.
Login to Quote


Today the champions league draw was made, and all eyes will be on Group F, with Manchester City boss Jack Thayre given a tough debut group in Galatasary and AS Monaco. But, the true test will be team La Decima. Real Madrid have won 10 champions leagues, and will be aiming for an 11th this year.

Eyes will also be on Groups D and E. Group D contains not just Top Seed Shakhtar (Champions in Ukraine), but Ligue 1 Champions PSG and Ajax, champions of Holland, with Aab of Denmark making up the group. Group E however, sees FC Porto (Portugal's Champions), Atletico Madrid (La Liga champions and runners up of the Champions League) and Bourissia Dortmund (Runner up in the Bundesliga). Bate Borisov makes up that group.

Good start to the story. Will be following.
Login to Quote

You are reading "Rebuilding the City!".