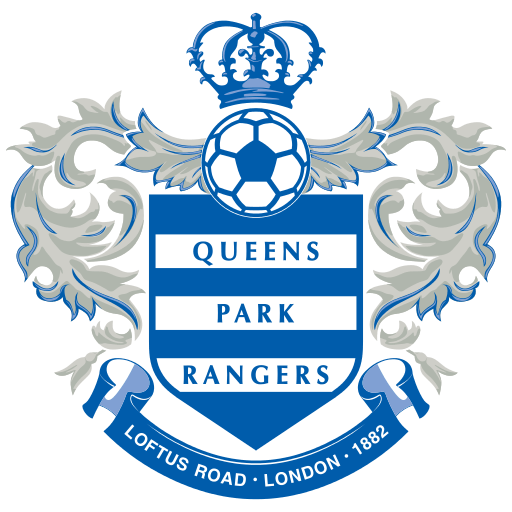 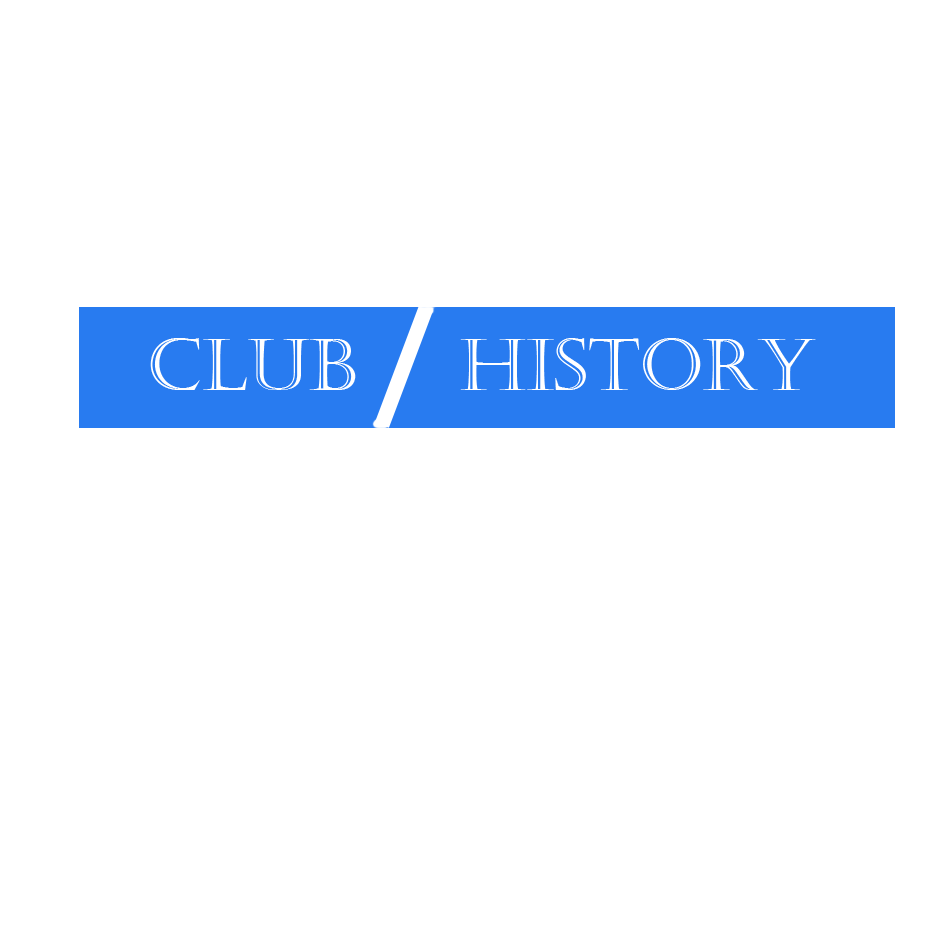 Charismatic former player Ian Holloway became manager but was unable to stop Rangers from being relegated to England's third tier for the first time for more than thirty years. Following the 2003–2004 season QPR returned to Division 1 and struggled for consistent form over the next two campaigns before Holloway was suspended amidst rumours of his departure for Leicester City. A poor series of results and lack of progress at the club saw Holloway's successors Gary Waddock and later John Gregory (both former players) fail to hold on to the manager's job.
During this same period, QPR became embroiled in financial and boardroom controversy. Although the club had floated on the Alternative Investment Market in 1991, in 2001 it entered administration (receivership). A period of financial hardship followed and the club left administration after receiving a £10m high-interest emergency loan which continued to burden the club.Scandals involving the directors, shareholders and others emerged in 2005–06 season and included allegations of blackmail and threats of violence against the club's chairman Gianni Paladini.In an unrelated incident QPR were further rocked by the murder of Youth Team footballer Kiyan Prince on 18 May 2006 and, in August 2007, the death of promising teenager and first-team player Ray Jones in a car crash.Following this low point in the club's history as Rangers also faced mounting financial pressure, in the same month it was announced that the club had been bought by wealthy Formula One businessmen Flavio Briatore and Bernie Ecclestone (see Ownership and finances below). During the 2007–08 season, Rangers competed in the Football League Championship (see also: Queens Park Rangers F.C. season 2007-08). John Gregory's reign as manager came to an end in October 2007 after a string of poor results left QPR at the bottom of the Championship and he was replaced by Luigi De Canio until the end of the 2007–08 season. Further investment followed in early 2008 as the club looked to push for promotion to the Premier League within four years, on the back of greater financial stability.On 14 May 2008 Iain Dowie was announced as the manager to begin the campaign to return Rangers to the top flight.However, on 24 October 2008 Iain Dowie was sacked after just fifteen games in charge of the club.On 19 November 2008, QPR named former Portugal midfielder Paulo Sousa as their new first team coach.However, on 9 April 2009, his contract was terminated after he allegedly divulged confidential information without authority.On the same day as Sousa's sacking as QPR manager, Player/Coach Gareth Ainsworth was appointed as Player/Caretaker Manager of QPR for a second time. In June 2009 Jim Magilton was named as new manager of QPR. Despite leading QPR to a good start to the 2009–10 season, a loss of form combined with an alleged head-butting incident[citation needed] with Hungarian midfielder Ákos Buzsáky saw the club further embroiled in controversy. Jim Magilton left the club by mutual consent on 16 December 2009, along with his assistant John Gorman. They were replaced by Paul Hart and Mick Harford on the next day. Less than a month and only 5 games after becoming manager at QPR, Paul Hart parted with the club on 14 January 2010. The reasons for his leaving the club were unstated.
On 30 April 2011, QPR secured promotion to the Premier League by winning the Championship with a 2–0 win over Watford.A subsequent FA investigation involving QPR's acquisition of Alejandro Faurlín threatened to deduct points from the side and put their promotion into jeopardy. The investigation concluded on 7 May 2011, with QPR found to be at fault in two of the seven charges, and received a £875,000 fine. However, there were no points deducted by the FA, and QPR's promotion to the Premier League was secured.In January 2012, club chairman Tony Fernandes appointed Mark Hughes as team manager 36 hours after the previous incumbent Neil Warnock was sacked. Following a tough start to his Loftus Road career and after a run of 5 straight home wins, Hughes and QPR escaped relegation despite a dramatic 3–2 defeat at Manchester City on the last day of the season.On 23 November 2012, Mark Hughes was sacked on the back of a poor start to the 2012–13 season,having amassed only 4 points in 12 games and with the club languishing at the bottom of the Premier League despite significant financial investment in new players in the 11 months of Hughes' tenure. A day later, Harry Redknapp was confirmed as the new manager.On 28 April 2013, in a 0–0 draw against fellow relegation rivals Reading and with 3 games of the season to play, QPR were relegated from the Premier League down to the Championship after two seasons in the top flight.During the 2013–14 season, QPR finished 4th in the Championship, and qualified for the play-offs where they defeated Wigan Athletic in the semi-finals. In the final against favourites Derby County on 24 May 2014, QPR won 1–0 with a goal by Bobby Zamora in the 90th minute to return to the Premier League.

First Team and Squad of QPR 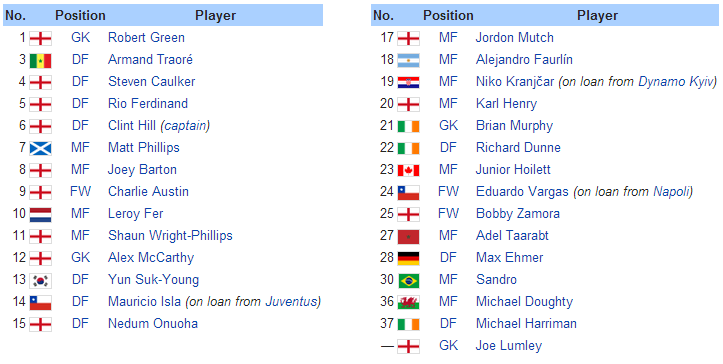 Everything started here on this small pitch where I learn first manager step's.I build this pitch with my ten finger's,becouse everyone written off me from football.This was my first Club in Serbian 3th League,I was so young manager when start with my first cloub I just had 23 years,and A license for Senior amateur football.And after some investments and few good games,we was here,in 2th League,with so good rivals.But in that moment i had amazing offer,offer that no one refuses.Russian 2th League LISKi,hire me as Under 18 Manager.Yes i was just 6 year older then other guys in my squad.

After four in LISKi and coupple good season,owners and other stuff give me chance to work with First team,and dream coming true,I do that,I win league and we are transferred to the first Russian league.After three season in Russian First league I become target of one for me biggest Club in England Queens Park Rangers F.C.Again no one can refuse that.First time i have big transfer budget and wage budget to work and become real Manager with big success in career.
Login to Quote 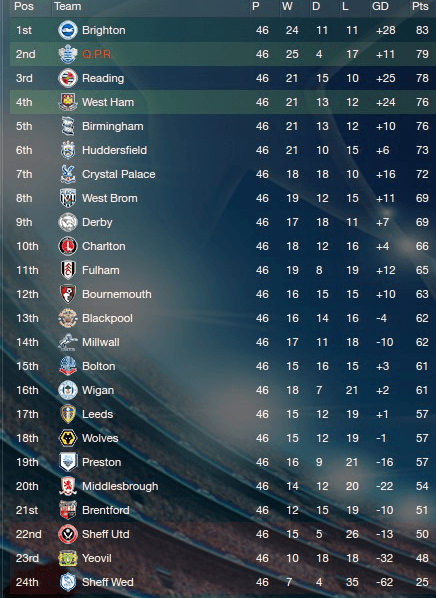 This report actually about Queens Park Rangers most suprise this season.Everyone who fallow our football know,Kalezić run Q.P.R two season,he's employed 2 years since,and first season he finished on top league standings.But now we going to talk with Boško Kalezć,about his view of job he did for Q.P.R.

So this guy near me is guy who save Queens Park Rangers,this season,and we will talk with him about his job.Transfers,matches and other stuff.
Reporter: Hello, how are you, sir?
Kalezoć:I feel very good after last match,and promotion.
Reporter: So can you say us more about your transfers for expired sesaon?
Kalezić: Sure I can sir,I make total reconstruction of first suqad,and this decision was so good!

Felix Klaus for me this is biggest transfer i ever made,becouse this player back every $ i invest in him.45 Games 23 goals most time called for MPV,player who will stay in Q.P.R so long if you ask me.

Aaron Hunt,29 years old Germanian player who have big experiance,who can play on lot position without problem and give all to make chance to give goal.I said,"I must have some player like this in my team" after some talks about his transfer we make it.He cost us so mutch but i cannot comment about price now,this transfer price is secret for now.

Andili Endogan so young player with good perspective to become real player one day.I just need some backup on Left Winger place,so i bought him.I had good opinion about him,and this opinion coming paying off,becouse he gain on value and one day we can make healty profit from his transfer.

Jeffrey Bruma is amazing 24 years old deffender who save us few times,in this season,everything about him you can ask our supporters.I cant comment more about transfers now,I have trening in half hour so i must go,sorry guys,next time we will speak more about our standings and club financies.

resoag
8 years
Good and a quick start, I think Endogan isn't an EPL player though
Login to Quote