“I was always planning to make the move into management,” Neville told press after his
departure from the England setup was officially made public. “Initially, it was going to be
after the World Cup, but I really feel that now is a good time for me to make this step. I
think that I am at a stage now where I am really ready for this.”

“I think that my knowledge of football would be best applied in England,” Neville continued.
“But I won’t rule out working abroad at some point.”

Neville revealed little else regarding the subject, though it has been noted that he will no
longer work permanently as a Sky Sports pundit.
Login to Quote

TheLuckOfTheIrish
6 years
Good start mate, looking forward to the rest of the story
Login to Quote 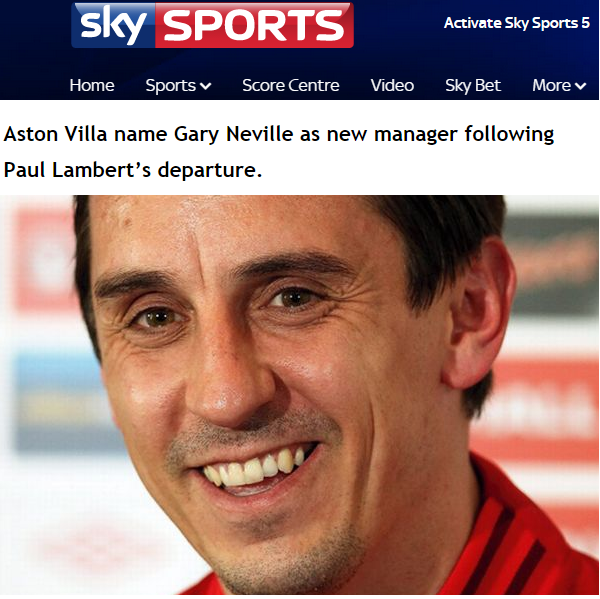 Gary Neville was revealed as new manager of Aston Villa this afternoon, filling a managerial void that was left by Paul Lambert who recently resigned from his role at the club to take the helm of Swansea City, a club that finished six places above Villa last season.

“I’m very happy to take on this team,” Neville announced in his opening press conference. “The squad is filled with untapped potential and, to me, looks like it can only improve in the next couple of seasons.”

“Of course there are problems with the team, holes in the squad that need to be filled, but it’s like that with any team. I’m certain that I can make the sufficient changes that will allow us to move forwards.”

“I just wanted to thank Randy Lerner for giving me this chance despite my inexperience in management. It’s a big risk to take as a chairman in giving me this opportunity, but I’m confident it will pay off for him.”

“We [Neville & Lerner] talked about expectations, and we agreed that Villa have no place being a bottom-half team. They should really be up challenging for continental qualifications. That’s where I’d like to take them, in the long run. I am not saying it will be easy to do that, but it’s what should really be expected of this club, given it’s history.”

The club also announced a large change in the club’s backroom staff, Neville clearly eager to make his mark. The most notable change was brining in ex-Fulham assistant manager and long-time follower of Martin Jol, Michael Lindeman, as his assistant.
Login to Quote


Thanks mate.
Login to Quote 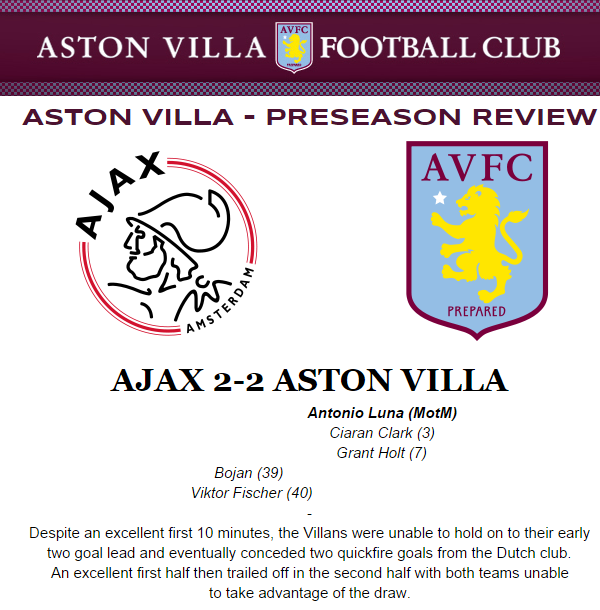 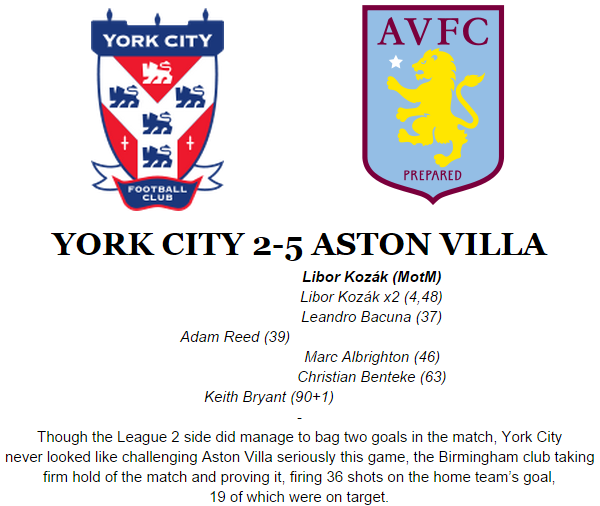 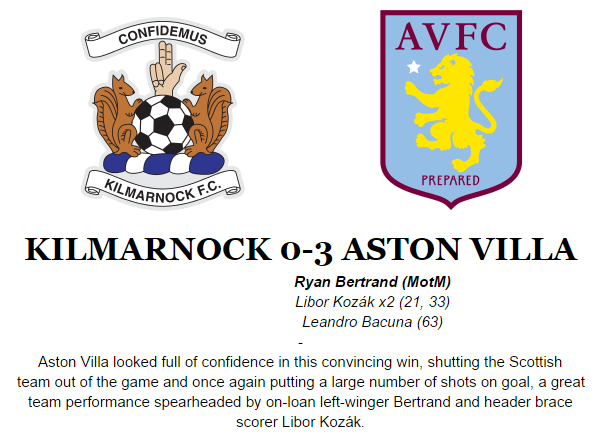 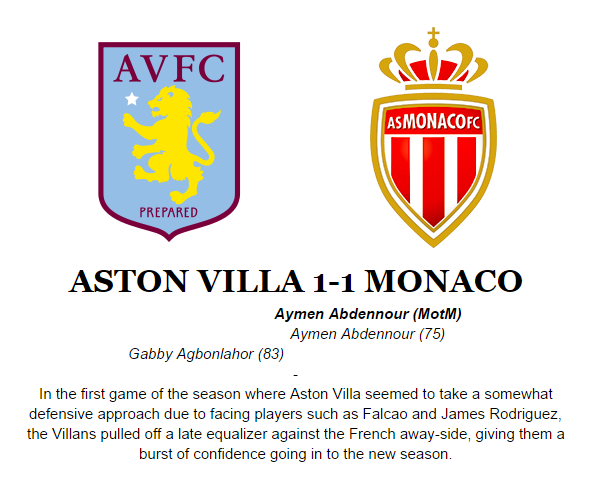 
Thanks bud.
Login to Quote 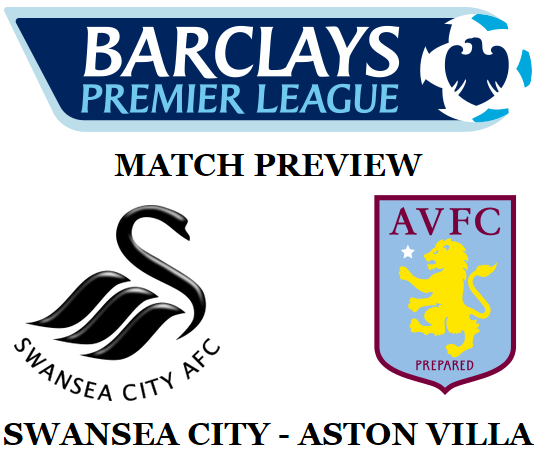 Swansea head in to the new season off the back of a famous Capital One Cup win that has shown that the South Wales club is not to be underestimated. However, following a recent managerial change it is anyone’s guess as to how Paul Lambert plans to take the club forward. Players such as Wilfried Bony and Jonjo Shelvey are expected to make their debuts today.

“I want to hit the ground running here,” Paul Lambert told journalists in the buildup to the match. “This is a club that has proven already that it has what it takes in this league. It’s got some great fans and I can help make this stadium a scary place to come to do that. I will have no problems being ruthless to my former club.”

Meanwhile, Aston Villa who are yet to make a first team signing, nor sell a player, since new manager Gary Neville was appointed as manager of the club, are going in to the game in the midst of somewhat of an injury crisis, having several of their key men out of action; Christian Benteke, Andi Weimann, Libor Kozák and Fabian Delph all sidelined. Neville makes his managerial debut in this fixture which many believe will show what sort of a season Aston Villa fans can be expecting this year - one with hope and progress, or yet another disappointing relegation battle.

“I think a win would be a positive way to start the season, and would set us off in a nice tone. I’ve learned a lot in pre season and I’m ready to apply my knowledge,” Gary Neville spoke out in the hours before his managerial debut. “The whole team looks ready to go, I’m looking forward to seeing what happens out there. Obviously we have quite a few key players out from injury, and that’s disappointing, but the whole point of having backup players is so that they can be applied in situations like this.”

Due to Villa’s unfortunate fitness issue and Swansea’s home advantage, most pundits have put Swansea as favourites for this game, though some speculate that the game could be taken by either team due to the recent managerial changes from both.
Login to Quote

TheLFCFan
6 years
Nope, you will win it i trust. Although you may want to sign a new striker soon as back up
Login to Quote


Benteke's injury is only short term, but I understand where you are coming from. Personally I think we will be okay as I have Agbonlahor, Holt and Helenius who can all score goals up front.