Apart from a stint in 2010-12 Dortmund have always been known to be Second maybe even third best in the Bundesliga, Struggling to keep hold of their big players Gotze and Lewie losing them to there main challenge Bayern Munich, But it's time to keep hold of big players and push to dominance in Germany and Europe.

Klopp Stands down as Dortmund Manager, Reasons to be unknown of yet, But we all hear he wants the Germany job and wants to take them to the 2014 World Cup and become Champions.

Fans will be thinking Really? Known for playing for Bayern and Manchester United, Will he be the man to put them a step further? No managerial behind him so can he really be the man, He's still young and could have a different look into today football :fans say, Board say; this is the correct choice, We could of have Roberto Mancini, I feel like Owen will do stuff to the team other managers won't, He's a new manager and want's to start his Career as good as he can.
Login to Quote

Denzy
5 years
http://i136.photobucket.com/albums/q173/Nordskov_dk/bild_zps5ae0bee8.jpg
[Owen:] I'm pleased to get my first job in the Coaching Business, I don't want the fans to think of me as a Former Bayern Player, Nothing else but their Coach.

[SkySports:] You've never managed a team and this will not be easy, Is this a step you can take physically and mentally?

[Owen:] of course, I wouldn't of accepted the offer if I didn't feel like I was good enough, Dortmund have young players and players I can't wait to work with and push towards greatness.

[Marca:] Being a former Bayern player, what impact does that do for the fans?

[Owen:] Personally Nothing, But I know it's going to be tough to get them to trust my work and skills, I don't want to be known for a player now, I want to be a manager and only focusing on this team Dortmund.

Stam
5 years
I have a suggestion for you regarding presentation.
Using less wide screenshots would help make them more readable. Right now I can't read the names even after zooming in because pictures take up the available view-port size of the browser. I'm always using "windowed" mode at 1280x1024. I'd have to maximize the window and then zoom to read, and again not clearly.
I'd also recommend to switch from tinypic to imgur, but that's more of a personal preference thing.
1
Login to Quote

Denzy
5 years
Yeah I just noticed that, Thanks will Update it when I'm back on =]
Login to Quote 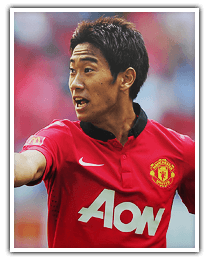 Kagawa Joined Manchester United from Dortmund for a Undisclosed fee but we think it's around, £12-15Million, After a bad spell and not getting played or getting played out of position he always wanted a return and Indeed did for a small price of £6-7million.

Ji Dong-Won Joins on a Free-Transfer. 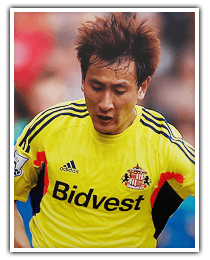 Ji is still young and most likely to cover for Immobile and Ramos but for free Dortmund won't complain.
Login to Quote

keep it up though
Login to Quote

Lemto
5 years
gl with this story

Denzy
5 years
@TodayAtTomorrow: I've never been one for detail in a story unless it's a big game or something happens, I only did them 2 as signings as when added into the squad their were too big.

@Lemto: Thanks bud.
Login to Quote

11m: Corner for Dortmund, Reus Whips it, Subotic! Tipped onto the crossbar from Neuer

12m: Another Corner for Dortmund, Reus again, Subotic! This time Neuer couldn't save it! 1-0!

41m: Bayern have been pegged back as Dortmund want to get another goal before half time but here's Bayern now, Alonso, Ribery, Thiago beautiful one-twos Thiago through ball to Lewandowski! Crossbar and out!

43m: Dortmund seem a little nervy now and Bayern attack, Ribery with a darting run down the wing, Passes in the middle to Lahm! Goal! Bayern 2-1! Just before half time.

60m: It's been a fairly poor start to the second half but Dortmund have been the better team so far, Ramos isn't having the best of chances Slicing almost all chances.

66m: Sahin Tackles Lahm, Schmelzer to Kagawa, to reus, Beautiful play so far for dortmund, Now Kagawa, Tackled by Badstuber but ramos picks it up and runs at Dante, Ramos with Strength! and Shoots, Scuffs the shot but poor Dante it's comes off his heel and goes in the goal, 2-2!

85m: Reus, Immobile runs past Dante and Badstuber Lahm misses a tackle Shoots! Great Save from Neuer looks like we could be heading to Pens here!

Owen: I'm pleased with the Performance, Shootouts can go to any team, We played better and deserved the win but just couldn't find the end product today.
Login to Quote

You are reading "Borussia Dortmund; No Longer Second Best".