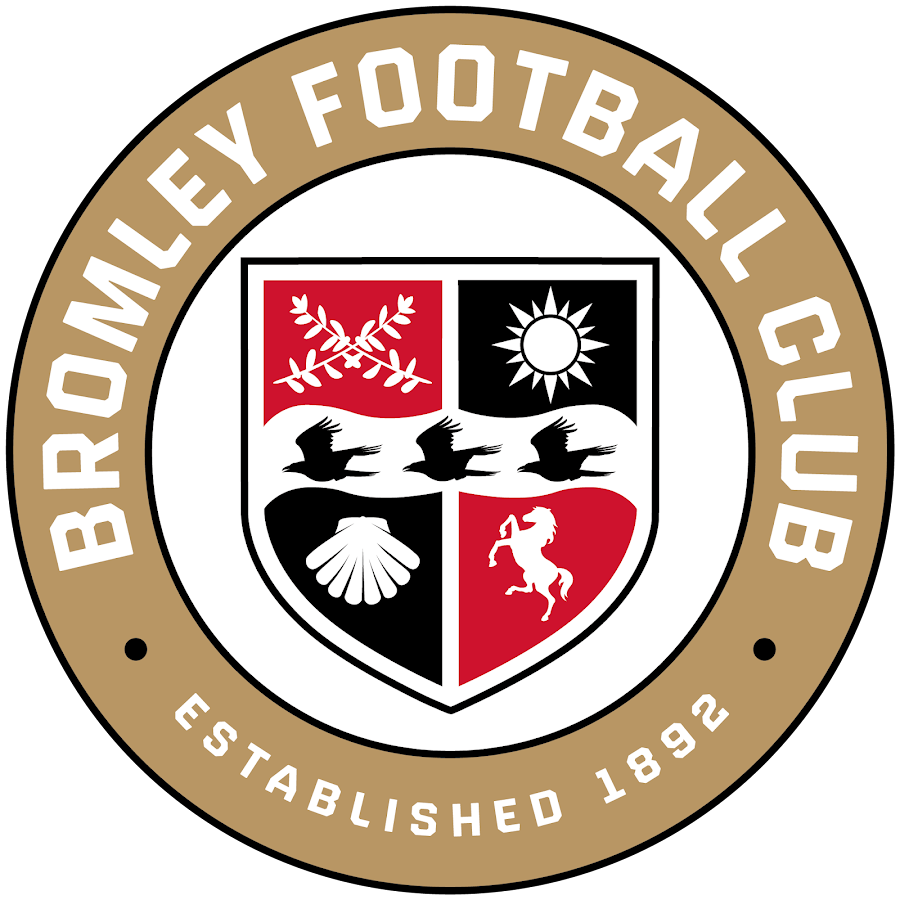 After a edge of your seat kind of season, Bromley find themselves one game away from a place in league 2 next season. They sat at the top of the table until the final weeks of the season when a run of poor form saw them end up 3rd and draw Gateshead in the playoff semi final.

Gateshead were dispatched after two legs and the Ravens saw them off 4-3 on aggregate, the new signing ex Northampton boy Ivan Toney scoring the decisive goal. They now face ex league club Grimsby at wembley in the final.

Manager Robbie McGuire who is in his second spell at the club had this to say:

'After a nail biting season we finally have something to grab a hold of, The game at Wembley is probably the most important game in the clubs history and its history I intend to make.'

They did it, Bromley earn a place in the football league in a enertaining final with Ivan Toney hitting the bar early on, but it was youth team striker 18 year old Kurt Kennedy playing out wide who would be the Ravens saviour with two cool finishes to seal the win. Only time will tell how Bromley will cope with life in the football laegue come August.
Login to Quote 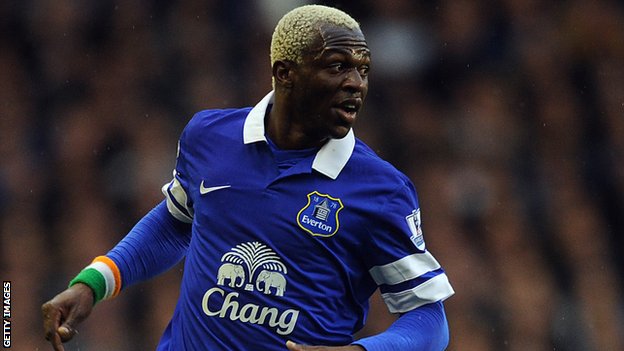 Bromley have signed former Everton and Wigan forward Arouna Kone on a free from Qatar outfit Lekhwiya, ' I am pleased to have signed for a team like Bromley they look to be going places and its great to be back in England playing again' said Kone at a press conference at Bromleys temporary home Dag and Red's Victoria Road. The club will ground share until late 2019 as improvements are made to Hayes Lane and both training and youth facilities at the club also.

Other new signigs include left winger Ryan Lloyd for 50 thousand, center mid Andrew Wright from Morcambe for 7 thousand pounds. Also joining Bromley are right midfielder Josh Watt and Goal keeper Danny Rodgers after being released by their respective clubs. Bromley also have put a bid in for central defender Jack Saville from Crawley. Changes a plenty for the south London club.

Bromley were pipped at the post on Saturday by Cambridge in a thriller at Victoria road. two late goals by Winnard and new boy Josh Watt were not enough to stop Cambridge's David Gray to
hit a 91st minute winner. Bromley will have to adapt quickly to life in league 2 unless they want a relegation dog fight on their hands.


The Ravens won their first scalp of the season with a comfortable win at The County Ground on Tuesday with a 38th minute goal from the 50 thousand pound man Ryan Lloyd, who's shot was bumbled into the net by the Swindon number one. Some may say a luck won it for Bromley, the fans however will be purring after this win. Bromleys next league game is away against Oldham on Saturday where they will look to pick up their first points of the season.
Login to Quote

The expansion of Hayes Lane into a 5000 all seater capacity stadium was completed today, just in time for the ravens home fixture against Southend at the weekend in the jpt quarter final south

We rejoin Bromley in early November with them sitting 19th with 15 points, with their strikers struggling to find form, even new signing experienced forward Nicky Maynard brought in on deadline day in August is having a hard time to face the net. Bromley may have to delve into the tranfer market come january if goals cant be found from inside the club soon.

Ravens forward Maynard fails to hit the mark again as the game goes down the wire at Hayes Lane. Penalties proved to be the deciding factor, Ross County loanee Jim Crawford slotting home the wining spot kick to the relief of the Hayes Lane faithful. The manager can only hope this never say die attitude from his team will carry on into the weekend fixture at home to Touquay who are flying high in 5th.

A point earned for the Lillywhites but it will fell like 2 dropped for Ivan Toney who came on after Maynard twisted his knee in the 10th minute. Toney hit the bar in the 20th minute and made the fans wait for Andrew Wrights first goal for the club whose shot was first parried by the keeper then his rebound shot was tucked neatly into the net by wright on the follow up. Torquay equalized from a corner in the 55th minute, but Bromley held on to seal the draw. Also Arouna Kone made his first start since his ankle injury in September. A game to build on for the Ravens.
Login to Quote

TonkaWolves115
5 years
Good luck. Hope you manage to stay up in League 2. Great signing their in Arouna Kone.
Login to Quote

Bromley manager Robbie McGuire has signed former Luton defender Luke Wilkinson on a free, the 29 year old had been released by the hatters in june and had been with out a club. Reports say he has signed a 2 year deal. McGuire said this unvailing the player at Hayes Lane

'I am pleased to have got Luke in to bolster our defensive options, he knows this league well and i'm sure he will make a big contribution to our season.'

Also joining the Lillywhites is Forward Jordan Burrow signed on a free, giving them another attacking option, and midfield all rounder Adam Barton from Aberdeen on a free.

Bromley will be pleased with themselves after a solid display at Abbey Road, after a shaky start witch saw Sub Maynard bought on for Number 9 Toney early on only for Maynard himself to be taken of with a thigh problem in the second half and New boy Jordan Burrow thrown on to plug the gap.

Cambridges youth forward Dave Curtis breaking the deadlock after half a hour with a unstoppable 20 yarder right into the top corner. Ravens winger Josh Watt pulled one back in the 43rd minute to put things all square at the break, only for a own goal from the Bromley keeper right after half time put the behind. It was down to Burrow the second half sub to even up the scoring and the match with a dream of a goal from 30 yards, his fist goal for the club. That draw brings them up to 16th with 29 points from 24 games.

JPT update: Bromley will play MK dons in the JPT final south over two legs to hope to book them a place at wembley in the final proper.
Login to Quote

Rob93
5 years
End of the season, relief and celebration. 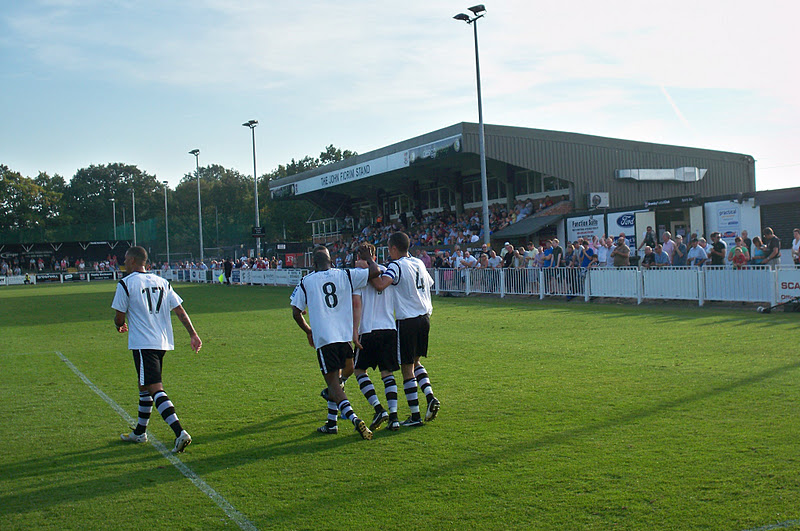 Bromley silence the critics and quell the doubters as they manage to stay up in their first league season and even go beyond expectations and reach 16th in the league. Their first foray into the JPT trophy saw tham reach the final south only to be knocked on pens by MK dons at Stadium:MK.

McGuire had this to say at a end of season award ceremony:
'Its great to have been and still be involved at this club, It was a deft defying season for everybody here. From the tea lady's to our playing staff everybody made it a season to remember.'

The Ravens look to remain stable in the football league for years to come and establish themselves within it. No doubt the manager will be looking to strengthen the team in preseason.

INS AND OUTS AT HAYES LANE

Ravens Boss Robbie McGuire spent little time wasted as he signed Center back Troy Archibald-Heniville for a nominal fee from Port Vale. The 31 year old looks to bring his league experience to the club. 'Ive played for many clubs in this division and know what to expect'. Troy told BBC 5 live. Troy will join the team at their training camp in the capital and will be available for their fist preseason friendly against Charlton.

Also joining the Bromley set up is Lewis McGugan signed for a free from Lincoln, forward Jonson Clarke-Harris, midfielder Fahad Rwakarambwe and right winger Jack Stobbs all on free transfers.