If you couldn't already guess, I will be taking up management of Italian powerhouses AC Milan. Milan are able to stake claim as being one of the biggest football clubs in the world, although last season say them hit catastrophe, [cough] Manchester United [cough], although they have bought in Jeremy Menez, Fernando Torres, Pablo Armero, Marko van Ginkel, Micheal Essien and Giacomo Bonaventura to bulk up the squad and start rebuilding their dominance in the Italian Serie A. 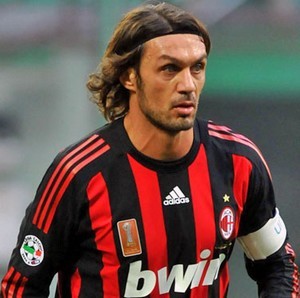 @Icarus, Thanks! y favourite ever FM Save was this year with Inter. Won Ballon D'or with Salvio in Fifth season.
Login to Quote

Lemto
5 years
good luck! what happened to your napoli save?
1
Login to Quote

JDMSimpkins
5 years
@Lemto, family problems, never had a chance to continue and then my save corrupted /: but I'm back now anyways!
Login to Quote 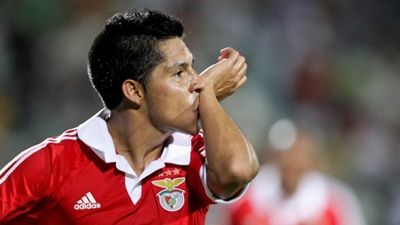 AC Milan manager Paolo Maldini has confirmed the signings of Enzo Perez from SL Benfica and Nicolas Tagliafico from Banfield from £6.75M and £1.4M respectively as Sulley Muntari has left the club for £2.7M to LOSC Lille after a reported row with the manager.

Perez is a well known versatile midfielder after his consistent performances at this years Beazil World Cup, whereas Tagliafico is an unknown Left-back who Maldini is believed to have said of his potential. Milan have also confirmed that this will be the last of their business as they kick-off against Fiorentina this Sunday to start the 14/15 Serie A.
Login to Quote

Fiorentina dominated the game with Milan lucky to hold a draw, in the 23rd minute of the game Valero took the corner for Fiorentina as Pasqual stormed ahead of De Sciglio, breaking free to score a header past Diego Lopez.

Just before half-time Fernando Torres was caught on the edge of the box after a string of passes from a Milan corner, where he let a shot onto Neto which rebounded into the net off his hands - saving Milan a point.

Early on in the game Alex gave away a 40 yard free-kick to Atalanta. They played a string of passes down the left before cutting in where Bianchi perfectly played Milan's offside trap, slotting in a shot around the captain Diego Lopez.

Late on with only 8 minutes to go, Bonaventura and Honda played a string of one-two's prior to Honda cutting in for the cross as Fernando Torres caught a glancing header. This result leaves Milan with two points from as many games, still winless this season, lying in 16th place in the Italian Serie A.
Login to Quote

Icarus
5 years
Pretty decent signings, and a slow start which you can build from since there were some good signs. Good luck in the next games, fans and board are going to start getting on your neck about results

JDMSimpkins
5 years
@Icarus, Yup! Posting the September report tomorrow if I have time after training.
Login to Quote

Simon Lane sent off after a second yellow.

What a game for the home fans, five goals and a hat-trick for new man Fernando Torres. It started from a long cross from El Sha before he brought it down and shot past the keeper. Stephan provided yet another assist, this time giving Torres a header from the byline, after this van Ginkel crossed from his flank, where Torres brought it down to his left and shot giving him his first hat-trick of the season, and a perfect hat-trick at that! onda then scored from a well-positioned free-kick before Torres assisted El Shaarawy, making their third partnership goal of the game!

Torres caught the rebound off of van Ginkel's chip to draw the game late on after Gabbiadini's corner goal put Sampdoria in front, late on Marchinni scored a blistering freekick to win the game.

After the second half Perez retained the ball superbly in his first start for the club before he played it through to Bonaventura on the left flank. Bona played a superb cross into van Ginkel who brought down the ball before perfectly executing an across body shot, beating the keeper. Later on Bonaventura got another assist as he set up El Shaarawy for the final goal of the game, an across body shot from the edge of the box, hitting the top-left of the goal.

Another Bonaventura cross ends up in a goal, although this time it was a Luca Capitelli header sending the goal in past his own keeper in Milan's favour.
Login to Quote

TonkaWolves115
5 years
Not a bad month their, the defeat was a shame. The Verona victory was very impressive!!
Login to Quote

You are reading "AC Milan".