Hopefully I will have beta access so I can get cracking on this story as soon as possible but I bought the game ages ago on steam and it didn’t specifically mention beta access so I am a tad unsure what the situation is (silly me should of bought from here obviously.)

This story shall follow the management adventures of one Mike Phelan (chosen for a pun and the fact he had a moustache in the 90’s) as he tries to emulate his former boss Sir Alex Ferguson.

Mike Phelan was a key figure during the Ferguson reign holding positions leading the clubs centre of excellence, first team coach and succeeding Carlos Queiroz as Fergusons right hand man and assistant, his time as assistant was one of success, in 5 years the club won three Premier League title wins, a Club World Cup, two League Cups and two appearances in the final of the UEFA Champions League (both times losing to Barcelona and Carrick suffering from Tika Taka induced PTSD)

Mike Phelan, during his post Manchester United Career has repeatedly voiced how important he was to United’s success going as far to claim he was the real boss during his spell at united (http://www.dailymail.co.uk/sport/football/article-2513655/Mike-Phelan-claims-manager-Sir-Alex-Fergusons-years-Manchester-United.html) and whilst some may be incredulous of this fact it may be enough of a claim to lure some clubs to see if he can back up these claims. 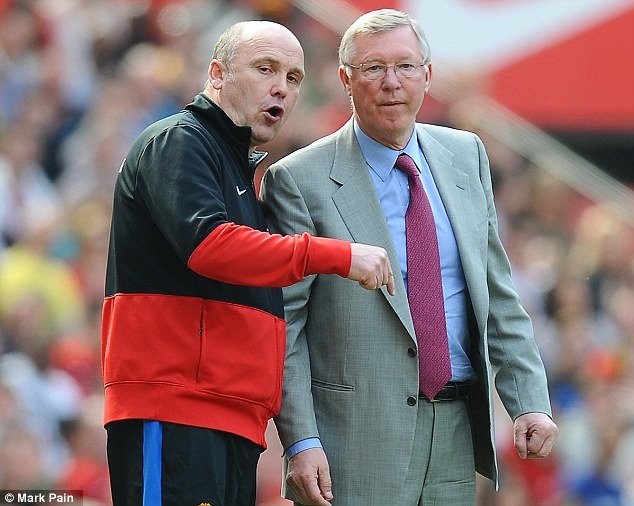 Phelan Telling Fergie who was boss?

Whilst linked with many jobs over the years Mike Phelan has yet to make the jump from assistant to main man but that changes now with Mike taking charge of an as of yet un-named club. The Question now is will he emulate his mentor or follow Muelensteen to the managerial Scrap Heap. 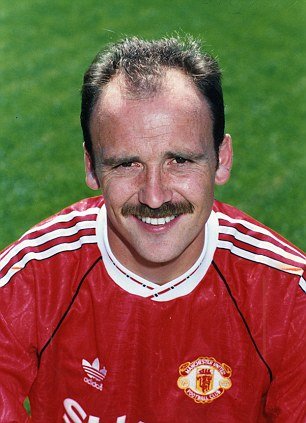 Lets Hope His teams play with more style than he displayed with this moustache.


Phelan began his career at Burnley, signing as an associated schoolboy in July 1979, as an apprentice two years later and as a professional in July 1980. He made his league debut in January 1981 against Chesterfield and whilst at Turf Moor, gained England Youth caps and a Third Division champions medal in 1982. But in 1985, Burnley was relegated to the Fourth Division, and Phelan moved to Norwich City for £60,000 on 13 July 1985.

Norwich won the Second Division title in his first season at the club. He became club captain when Steve Bruce joined Manchester United in December 1987, captaining them to fourth place in the First Division and a place in the FA Cup semi-finals in his first full season as captain.

He was called into the England squad for the Rous Cup games against Chile and Scotland but did not play due to a hamstring injury. His success drew the attention of larger clubs and he followed Steve Bruce to Manchester United for £750,000 on 1 July 1989.

At Manchester United, he finally won his first international cap (against Italy in 1989) and an FA Cup winner's medal in his first season. This was followed by the European Cup Winners' Cup in 1991, the League Cup in 1992.
Phelan was often deployed at right-back during his first season at Manchester United, but following the arrival of Denis Irwin in 1990 he mostly played on the right or in the centre of midfield. He had played on the right side of midfield before Irwin's arrival, most notably in the FA Cup final win over Crystal Palace in May 1990, when Paul Ince was switched from central midfield to right back.
By 1993, however, he was very much a bit-part player due to growing competition from younger players like Andrei Kanchelskis, Paul Ince, Ryan Giggs and Lee Sharpe.
By the time he was given a free transfer at the end of the 1993–94 season, even his place on the substitute’s bench was being threatened by a new generation of young midfielders such as David Beckham and Nicky Butt. He had missed out on a place in the 1994 FA Cup winning squad, and had not played in enough Premier League games to merit a title medal. He had, however, played enough games to earn a Premier League title medal in 1992–93. With the introduction of Premier League squad numbers for the 1993–94 seasons, he was issued with the number 23 shirt which was next worn by Phil Neville.
After leaving Old Trafford, Phelan signed for West Bromwich Albion, where he spent 18 months and played just 21 games, his first-team chances limited by younger players such as Kevin Donovan and Lee Ashcroft, who were more favored by new manager Alan Buckley

The targets of this save vary depending on which level I end up managing but the philosophy I adopt will broadly remain the same, they will be as follows:

You are reading "Poll: I've Got A Phelan".