Feliks
6 years
Great start, a good insight into the man, the myth, the legend that is Stewart Yetton. Oh shit, wrong story. I meant Vitor Martins.
Login to Quote

Neal
6 years
Vitor Martins is overrated tbh. #MartinsOut (even though he's not in yet, per se

Walter
6 years
Josh, Feliks Thank you two, I'm hoping to get some more updates out soon!
Neal ... wowow... of all people :((
Login to Quote

In all honesty, this should have been a Beira-Mar story...


I suppose.
Login to Quote

I know this will be great, good luck with Porto!
Login to Quote

Justice
6 years
A very dark update, but I like it

Justice There's always light at the end of the tunnel

Thanks Justice
Login to Quote 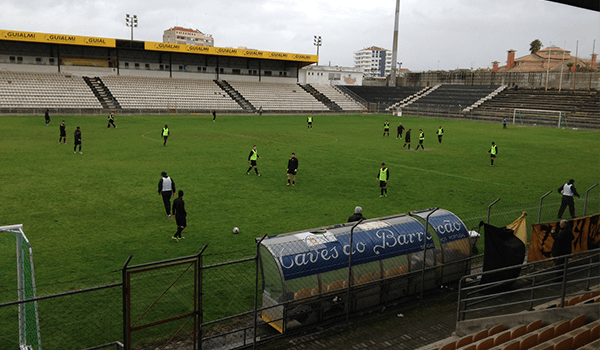 What will my fate be?

I was at the club's physio, Paulo Sampaio, the next day and prayed for some good news. I was on crutches but even then it ached to move. I was visibly distraught, too, football was my life and I really wasn't ready to give it up yet.

"Doc, what's the verdict?" I lept to the point immediately, I was not going to wait around.

The physio, in his club tracksuit, was a fairly old man of about fifty years of age with short grey hair and a dark mediterrean tan that most Portuguese men and women had. He was physically fit and in good shape, and also soft spoken and calm and easy to talk to.

"Vitor, I hate to break it to you... and to be so blunt. But this one's too big, your playing days are almost certainly over," the physio said calmly.

I gritted my teeth, trying to fight back tears. Football, playing football, was my life and I'd enjoyed it so much. I was only 26, surely this could not be the end already? "Are you certain? I mean, 100% certain Doc?"

He nodded. "Unfortunately so." Even he was having trouble with telling me this. I'd built up a strong relationship with Paulo and for him to be telling me my career was over was heart-breaking. I felt like I'd been run over by a train.

"Vitor," he said again. I looked up at Paulo and he was looking out the window. "Remember, this is not the end. This could be the start of something new."

"You've always been such an intelligent player. A good leader who doesn't need to raise his voice or make a passionate speech to get players onside... you could always vision the next play and the move you'd need to make! Think about it, Vitor, you have all the qualities to make a fine manager."

I shrugged, I'd never seriously considered the possibility, I mean, I wanted to keep playing for another ten years at least and then I was going to think about it. Now, at the tender age of 26, I was already considering it?

"Just work your way up. Coaching licenses, small jobs, gather experiene. I have faith in you, you could make it work!" His motivational skills, I must admit, were almost as good, if not better than the actual first team manager's!

Still, I was left a bit happier. Of course, I'd have to think about it a bit... it had all changed so quickly for me. One minute I was out in the rain, enjoying my football the next I was lying on the ground in agony, reliving my finest moments as they slipped away.

Paulo was right. This injury wouldn't keep me out of football, maybe it'd be the start of something new? It wasn't a blessing in disguise, let me assure you, I was devastated, still, but I couldn't just sit and sulk for the rest of my life, I had to adapt and have another purpose.
Login to Quote

TVDLC123
6 years
A Porto story with a deep backstory, this sounds familiar...

Feliks
6 years
Great update Walt, Paulo sounds like a good lad. Will we be seeing more of him?
Login to Quote

Aaron
6 years
Great read so far! Should have read sooner