No1VillaFan
5 years
nice letter but unfortunate about retiring, will be interesting to see how this story goes from here
Login to Quote

Jack
5 years
Nice, like how you're getting into it here

Feliks
5 years
RIP playing career of Vitor Martins, he will never be involved in football again....

Or will he? *dramatic music*

Coming to FM Scout this summer is the epic tale of the man, the myth, the legend. We've seen him carry Oriental Lisbon to greatness, not once, but twice, and now it's his time to shine at *undisclosed club*. Can Martins succeed in such *high/low* pressure? Will he guide his team to greatness once more?

Find out in The Vitor Martins Chronicle!!!!
Login to Quote

Red Devil
5 years
nice updates Walter ! It is interesting to read how he rolled into Managing
Login to Quote

Justice I'm sure you're heartbroken

AaronHJFT96 It's a sad time for all of us.
Red Devil Thanks Red Devil, I'm glad you're enjoying it.
Login to Quote

pompeyblue
5 years
Nice style of update, let's hope Martins can have more luck on the touchline and some success too!

Walter
5 years
pompeyblue Thanks pompey! It will take a while but he'll get there eventually.

*NOTE* There's going to be a fair bit of backstory, so don't expect him to magically waltz into a job! 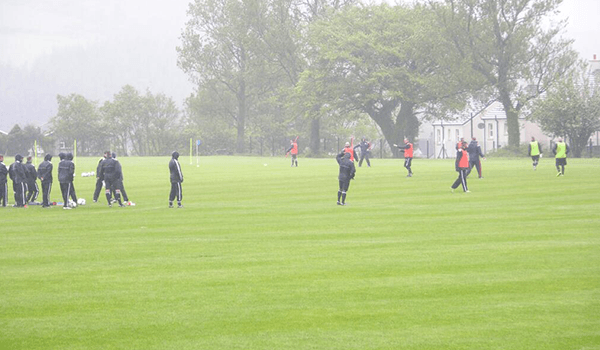 I sat at home watching the television in my small canal-side home. The Portuguese League Cup was on and Beira Mar was playing, so there was some big football fever going around in Aveiro.

They were playing Chaves at that moment and I used it to get some tactical notes down and some study notes for my National 'B' License, the next big coaching badge I was looking to complete within a month or two.

The fans inside the Estádio Mario Duarte suddenly erupted as the striker managed to put home what would eventually go down as the winning goal against a resilient Chaves outfit, who were displaying a solid, structured defensive performance in order to nullify the Auri-negro's attacking football.

The last half an hour was a bit of a blur as I focused on my study for the B License. This was the second last license before I'd start getting serious - Continental Licenses. I decided I'd have to save up some money to go to the Scottish FA, the place where José Mourinho earned his badges, in order to attain my own. I'd need a job to earn some money for this and I had already put my hand up for a few vacant posts at clubs in Portugal. I didn't care whether I was a scout, coach or anything, just some income was what I needed.

My phone rang and I stretched out to grab it. I didn't recognise the number but answered anyway. Seeing as though I'd applied for a few small jobs I thought I might just get lucky.. who knows?

"Hello, Vitor, it's Antonio, from Beira Mar." I knew the voice was familiar.

"Hi Antonio, is this about the scouting position?"

"It is," he raspy, deep voice said. "The pay won't be huge, only £550 a week. But I know you're eager to start your coaching license so I thought this would help you on your way."

I beamed, this was great. "Great, that's fine. Thank you very, very much," I said, and hung up to get ready. I was already getting excited about the new job even though it was relatively small, it could just be the start of something big... again...

Who knows?
Login to Quote