It has taken its time, but Football Manager 2015 is finally here, and so am I with a new story for all you guys. The club I have chosen to be is one I’m sure many will admit are disliked at a large scale – including me – and that club is Chelsea. 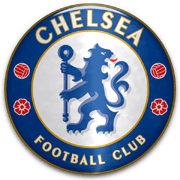 Despite being the club that they are in the eyes of many, there is a specific quality that I can’t help but admiring about the Blues and it’s one that for the past 2-3 years has gone unnoticed. I’ll be focusing on that quality primarily throughout this story, and it’s one I hope may make you think of Chelsea with less disdain as I progress through the seasons.

This is a save/story I have been planning for some time now, but it will be one that won’t be officially started until the retail release of FM on the 7th November, as I still have a few pieces to pull together with the use of the editor. On the other hand, I believe I have enough updates to last until then.

Typically, I prefer to have an element of secrecy and surprise throughout my story, so I apologise beforehand for any confusion this story may cause with regards its direction at the beginning. I won’t be revealing the identity of the manager I wish to be just yet, but I’m sure some of you will sound out who it may be once a few updates are dropped in the future.

That’s all for now. Enjoy!

DISCLAIMER: All events in this story are entirely fictional and do not reflect the true likeness of these figures.
Login to Quote

Jamesg237
6 years
A great introduction and shame we have to wait a while until the next update. Good luck.
1
Login to Quote

Jamesg237 - Thanks! There will be updates from now until the 7th, just won't be starting the save officially Chelsea boss Jose Mourinho believes the Blues have the capability to compete on all fronts this season, following early movements in the transfer market.

The Portuguese boss will be hoping to improve on a third placed finish and a season without silverware, adding the likes of Diego Costa, Barcelona’s Cesc Fabregas and former Stamford Bridge hero Didier Drogba.

Mourinho believes the signings made by Chelsea give them a greater chance of success this season, noting that the Blues’ squad now correlates far more with his vision for the club.

“We’ve taken a big step in the right direction”, said the two-time UEFA Champions’ League winner. “The quality we’ve added puts us in a great position to achieve big things this season and we’ll be looking to do just that.

“It’s vital for me to have players that match my philosophy and desire to win, and Costa & Fabregas will bring that at the highest level. Filipe Luis, Drogba and [Loic] Remy will add further depth, so I’m confident that we will all see a Chelsea team ready to win everything in its path – the way it should be.”

Mourinho stressed the need to bolster his forward line was his main aim ahead of the new season, believing Costa can now be the man to take Chelsea onto another level.

“Scoring on a regular basis, under typical circumstances was a difficulty for us and, ultimately, our main downfall in the race for the Barclays Premier League title.”

“Games such as Crystal Palace away, Sunderland at home, all these would have been won had we had an elite striker at the time.

“Last season we played with Fernando Torres, Demba Ba and Samuel Eto’o almost evenly, and although they are all good forwards, we lacked that striker of high calibre that would add consistency to our forward line and score against any opposition on a regular basis.

“Costa will, hopefully, give us that added quality and reliability up front, and with the likes of Eden Hazard, Fabregas and Oscar all assisting him, I’m sure Costa will be a success just like he was for Atletico Madrid last season.”

Out of Mourinho’s plans is Romelu Lukaku, who alongside David Luiz, returns vital volumes of money back into Chelsea’s budget.

Mourinho admits he predicted Lukaku would leave Chelsea upon his return, but has expressed his surprise at the fee David Luiz carries in the £50 million transfer to Ligue 1 champions Paris Saint-Germain.

“My situation with Lukaku is well documented. I couldn’t guarantee him first team football, and having already spent two spells away from Stamford Bridge on loan, I figured he may seek a permanent move. Everton came in with £28 million and I wish him all the best.

“David Luiz’s transfer did shock me a bit, more so for the fact that he wasn’t always in our first team. That’s what a player like Luiz needs – first team football – and I’m sure he’ll get that in France next to his international teammate Thiago Silva.”
Login to Quote

TVDLC123
6 years
Great start, a story with Chelsea, especially written by such a talented writer like yourself definitely has my attention. 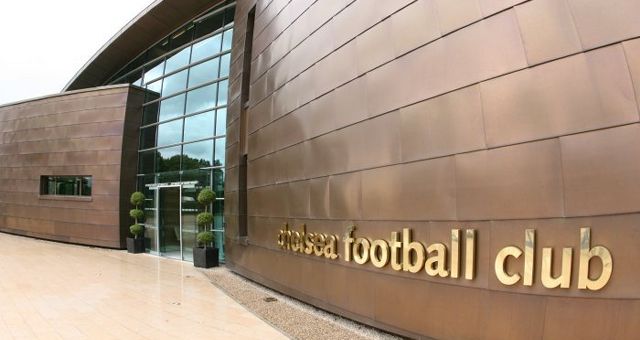 Chelsea Football Club have announced a huge annual loss of £49.4 million for the season of 2013/2014, a factor which could affect the club’s position in the transfer window and in European competitions.

The London club are no strangers to making annual losses, with the 2011/2012 season being the only year Chelsea have made a profit (£1.4 million) under the ownership of Roman Abramovich.

As a regular competitor of the UEFA Champions’ League and Europa League, Chelsea must now oblige by UEFA’s Financial Fair Play rules, which could see the Blues’ spending shortened in this window to avoid any sanctions from the governing body.

Chelsea, who currently have the second highest wage bill in Great Britain behind title rivals Manchester City, have already spent £85.3 million this season, with approximately £84 million coming back into the coffers thanks to the outgoings of David Luiz and Romelu Lukaku.

The key difference for Chelsea since their only profitable season in 2011/2012 has been the cancellation of shares BskyB had in the club, quantifying to an £18.4 million income for the Blues.

On top of that, Chelsea failed to bring in the cash bonus that they had done in 2012, a £60 million prize for winning the Champions’ League under Roberto Di Matteo, who along Andre Villas-Boas, they were paying off the rest of their contracts after being sacked.

Chelsea have also forked out for the wages of Jose Mourinho and his backroom staff over the past year, with the demand for success undoubtedly growing in west London.
Login to Quote 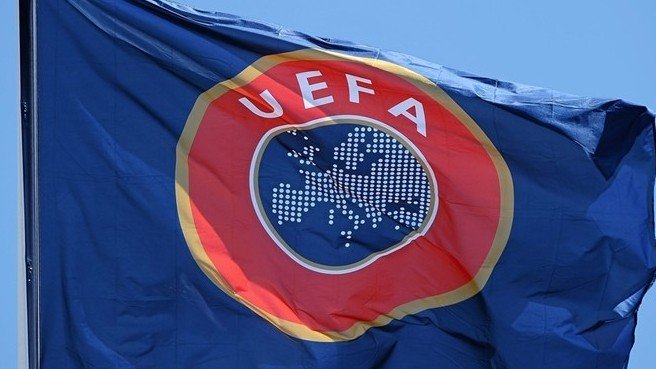 European football’s governing body UEFA has warned clubs will receive sanctions or even expulsions from the UEFA Champions’ League if they fail to abide by new Financial Fair Play (FFP) rules.

The aim of UEFA’s scheme is to produce a fairer financial playing field for all its registered competitors and has said it will continue to fine or even kick out any football team who continuously ignores losses and recklessly accumulates debt.

UEFA measures each club’s financial situation over three year periods, and due to the nature of spending by the likes of Chelsea, Paris Saint-Germain and Manchester City, all clubs who are annually in the red must cut their losses down to £4.5 million at least by next season, or risk punishment.

These rules spell trouble for the likes of Chelsea, who after announcing a loss of almost £50 million for the 2013/2014 season, may find their usual free spending habits rationed.

PSG have already been affected by UEFA’s rules, as their elevated transfer spending and wage bill forced the club to pass up the opportunity to sign Manchester United’s Angel Di Maria from Real Madrid, as well as loan in Toulouse full back Serge Aurier.

UEFA are yet to throw out any club from the Champions’ League and the Europa League, but spiralling debt has seen them fine the likes of Sporting Lisbon and Qatari owned Malaga.
Login to Quote A source close to Chelsea has confirmed recent threats made by UEFA to punish the west Londoners has left the Blues’ owner Roman Abramovich increasingly unhappy with the governing body.

UEFA warned earlier this week that clubs would be punished for failing to control their expenditure and club debt, with Chelsea, among others, in the thick of the debate after announcing yet another annual loss of approximately £50 million.

Having only made an annual profit once since Abramovich’s takeover of the club back in 2003, Chelsea may have to limit future spending completely in order to attain the minimum requirement of a £4.5 million per annum.

With the UEFA Champions’ League being a competition much loved by Abramovich, the Russian oligarch is reportedly unhappy with the way the new laws are to be conducted and feels such measures should be taken up on a domestic basis by the Football Association instead.

There has been a rumour that he would prefer to see the rules amended and that he is extremely unhappy to see someone trying to dictate how he runs his own club.

Our source also reveals that Abramovich is dissatisfied with UEFA’s inability to see how Chelsea is being run, noting the £15 million investment in youth facilities suggests the Blues aren’t just a toy, but yes a team who cares about the future of the game and one that he will do everything in his power to maintain competitive, as they have been since his arrival.

It’s unclear whether Abramovich will ignore UEFA’s rules and continue to run Chelsea as normal, but the topic has highlighted the fact the Blues are completely dependent, with past signings such as Fernando Torres and Andriy Shevchenko just more proof that the Chelsea owner prefers to be in full control.
Login to Quote 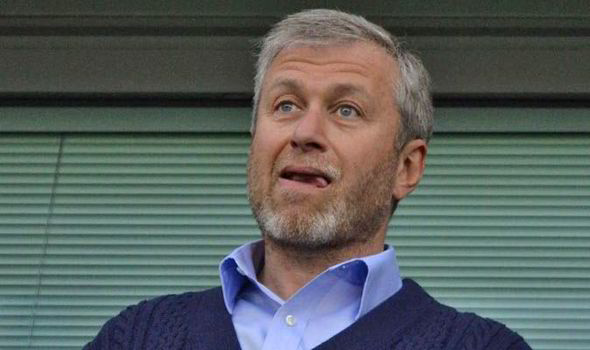 Roman Abramovich has called time on his ownership of Chelsea Football Club, following his refusal to oblige by UEFA’s Financial Fair Play rules.

Chelsea’s dependability of Abramovich’s cash flow is to be tested severely, with the Russian appointing former Liverpool managing director Christian Purslow to find a new owner for the club in the coming hours.

Leaving with immediate effect, Abramovich is thought to have been upset at UEFA’s financial demands, with Chelsea yet again announcing annual losses under his command.

Abramovich wanted to run the club as he wished, but with UEFA standing firm on rules, which affect his much-loved participation in the Champions’ League, the 48-year-old feels he can no longer run the business as effectively as he should be able to.

The Billionaire took over Chelsea back in the summer of 2003, with the King’s Road outfit in danger of entering administration if they failed to qualify for the Champions’ League.

A 2-1 win over Liverpool was enough to seal qualification for Chelsea and attract the interest of Abramovich, who quickly took care of the £96 million debt left by Ken Bates in a £59 million deal.

Since then, the Blues faithful has seen the club win three Premier League titles, one Champions’ League trophy and ten different managers, including a one-game stint for Ray Wilkins.

Working with Purslow in search of finding a new owner will be Chairman Bruce Buck, who’s set to leave the club along with Abramovich and former Chief Executive Ron Gourlay.

The Football Association has ordered those responsible for the club to find a new owner in the next 72 hours or risk the likelihood of heavy punishment for leading the club into administration.
Login to Quote

You are reading "Chelsea: Taking the Throne".