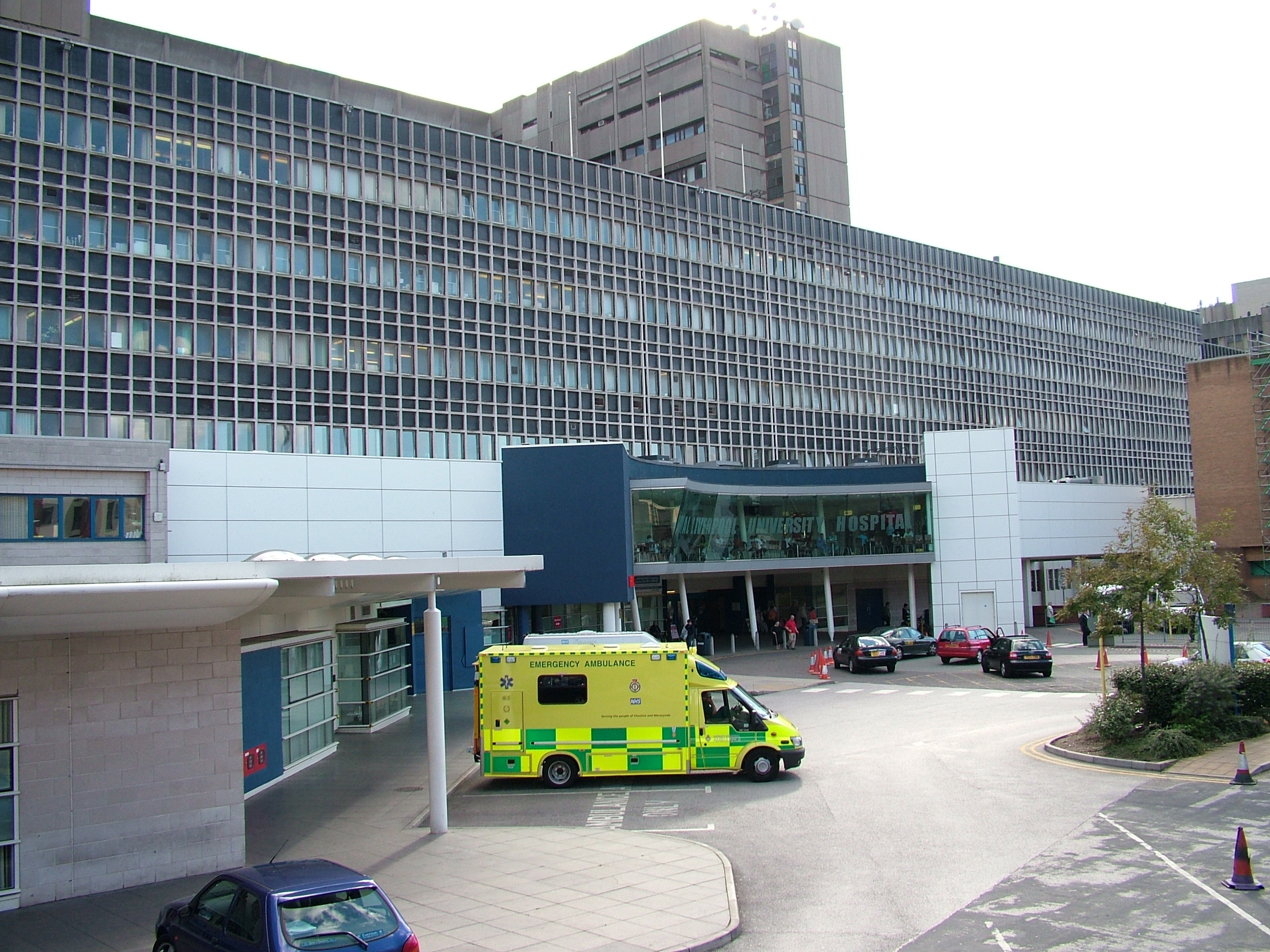 It happens in football, there are injuries. As an international manager, I am never able to play a full strength squad. It was the case at the British Virgin Islands, and it the case today. Although, I don't recall a life threatening injury ever occurring to a player that I have met, or in a match that I attended.

It was an awful sight at Goodison the other day. Daniel slid for the ball in attempt to dispossess Seamus Coleman. He got the ball, but he collided with Seamus' shin pad, who was sprinting into him.

He was twitching at first, but then he just stopped and laid there on the floor. Daniel Donachie, the Everton physio, was there first. Then all the other physios came on, then the paramedics and then the ambulance.

Seamus was lying down, holding his face. Steven Gerrard was there, asking for updates. I could see that Roberto Martinez and Brendan Rodgers were talking, I guess they wanted to agree as to whether to play on. About half the players were just standing there, crying. Tim Howard wasn't, but he was the first to leave the pitch. Then followed Glen Johnson, soon the only conscious players on the pitch were Steven Gerrard and Seamus Coleman, who were just looking over Daniel Sturridge. It was a terrible sight.

On the long drive back to London, there was no mention of any other match on the radio. It was all about the injury to Daniel Sturridge. None of the phone-ins actually blamed Seamus Coleman for what happened. But he blamed himself.

There were journalists outside. They were all shouting questions at me. I didn't give them any attention at all. I was only here for one purpose, and talking to the press isn't that task.

Brendan Rodgers was already there. It was the first time we had met in 2 years, when his Swansea side drew against my Chelsea. It was then I found out how good he was as a manager.

"Do you know anything yet?" I say.

There wasn't much said between us. There was nothing to say. All that was on our minds was Daniel. He was in a coma, and there was no certainty that he would wake up.


"Are you two here to check on Daniel?" a doctor said

"Yes." I said. He led us through a long corridor.

"He's still in a coma, and we don't know how long he will be in a coma for. I can guarantee that he will receive the best care available to him. We wont use any student nurses, only the best. I don't suppose you want to see the results from the X-Ray?"

"Yes, we'll do that." Brendan says. We went through another corridor, and we saw Daniel in hospital clothes, asleep in a bed with flowers and get well soon cards by his bed.

"We were mainly looking at the brain. Our first concern is, as always, to ensure that there is no permanent damage to the brain. He wont be paralysed, which is good, and he will probably be able to begin playing football again once he gets out of the coma."

"How long will that take?" Brendan says.

"We don't know yet. Bear in mind it will take about a month for him to be as good as he was before his injury. He'll be out for some time."

He's not going to play against Estonia then. "Is the brain the only thing you've looked at?" I said, I need to make sure.

"We haven't looked at anything else. Generally, if the brain's fine, then he will be alright." He sounds confident.

"Well, there's something up with his head on that X-Ray." Brendan says.

"Whatever it is, it's caving inside near his brain." I point out. 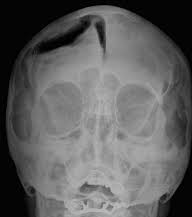 Back in Portugal, we directly for healthcare. It's seems to be better over there. How the hell is THAT a printing error? When players get injured playing for England, I'm sending them to recover in France or Italy. I don't trust the NHS anymore.

The doctor brought in a couple of his friends and rushed him into a room. A young nurse came out and told me and Brendan about what happened. They need to cut his head open to see the placement of the fracture.

THEY ARE GOING TO CUT HIS HEAD OPEN.


She told us that if the fracture is in contact with his brain, then they can't rule out Daniel being dead or at least paralysed and never available to play football. EVER.
Login to Quote


Despite the career of Daniel Sturridge hanging in the balance, England and Estonia showed their masterclass of the corner kick as all of the goals resulted from corners.

It was a special day for "Phace" Jones as he scored his first goal for England in a brace, for which he received man of the match.

Britt Assombalonga carried on his impressive England form with a goal in the opening minute, capitalising on a Vasilijev mistake after a Leighton Baines corner.

Then, from another Baines corner on 22 minutes, Phil "Phace" Jones managed to score a header from a ridiculous angle. In his first goal for England, despite this being his unlucky 13th cap, England went two goals ahead.

Carrying on the trend of goals coming from corners, England counter-attacked from an Estonia corner, where Raheem Sterling found Assombalonga's head, making the score 3-0 on 25 minutes.

On 38 minutes, "Phace" Jones got a brace from ANOTHER corner, his volley sending England four goals ahead.

After half time, on 76 minutes, the fifth goal resulted from a corner happened, with Post putting pressure on Jordan Henderson, forcing him into an own goal.

In stoppage time, the sixth goal from, you guessed it, a corner. Joe Hart attempted to catch the ball, but spilled it into the path of Torop, who was carrying a knock.

After the match, Andre Villas-Boas said this:

"I didn't expect us to have such expertise from corners. Not that I'm complaining about that.

What I would like to complain about is the fact that the entire team got complacent after Phace scored his second. Wayne Rooney, the captain I would like to remind you all, is the main culprit of this. He has been doing this for many matches now. If his attitude doesn't improve I will strip him of his captaincy.

As for Daniel, I can tell you that there isn't any brain damage that the hospital know of, but his skull is broken and the hospital don't know at the moment what this will cause."

Ziechael: That is similar to my reaction.

Basky: Yeah, it's good to be back!
Login to Quote Although he scored in the 30th minute, Rooney was looking complacent throughout the whole game and was taken off after 45 minutes.

"There's no way that he's a captain. Sure, he has 101 caps, but that means nothing to him. His attitude is awful and he is no leader."

The bookies don't want to comment as to who could be the next England captain, but current vice captain Phil Jagielka look likely, as does Joe Hart.

In the match, the Czech Republic were 2-0 up, but Theo Walcott scored a brace, and then Rooney finished a corner to let England go into half time 3-2 up. Britt Assombalonga scored his eighth goal for England in five games to secure another England win under Andre-Villas Boas.
Login to Quote PLEASE VOTE. If you are viewing this, vote for whoever would make the best captain. If you don't have an account, make one and VOTE!
Login to Quote

Ziechael
8 years
Jagielka innit bruv... unless you are planning to play Cahill more often in which case... Cahill innit bruv!
Login to Quote

Walkinshaw, Assombalonga has a leadership of 11. Why not? He can't be any worse than Terry, how's he got such high leadership when he goes around banging his teammates missus

ali.zine
8 years
cahil for me

You are reading "England Aren't Good".