I will start doing so now, should be an interesting end to the season. Thanks!

None
MOTM: Poyet
Thoughts:
The Chelsea team was simply too strong for us, they dominated the whole game and could of scored a lot more.

Zarate (2)
MOTM: Zarate
Thoughts:
This has certainly been the best and most surprising result of this season. We were getting dominated all over the pitch in the first half and that carried on in the second half. Adrian and the defence was doing a fine job. I changed Sakho for Zarate on the 76th minute, he scored on the 79th and 81st minute. Super sub!!

None
MOTM: Morrison
Thoughts:
After that Man United game I thought we could beat anyone however clearly not. A very poor performance by us.

Downing
MOTM: Collins
Thoughts:
Tomkins returned from his injury to make the sub bench. Another poor performance by us, we didn't deserve to win, I doubt we even deserve to get a draw. Further bad new, Demel is ruled out for a few weeks.

Month Review
It hasn't been a great month depsite that shock win against Manchester United. Its lucky we got that result, if we suffered an expected loss in that game we may not have won a game at all this month. I hope this isn't the team running out of gas, only time will tell.

Player of the Month:
Zarate
No one had a great month. But because of Zarate being a super sub and winning us the only game we won this month, Zarate has been our best player. 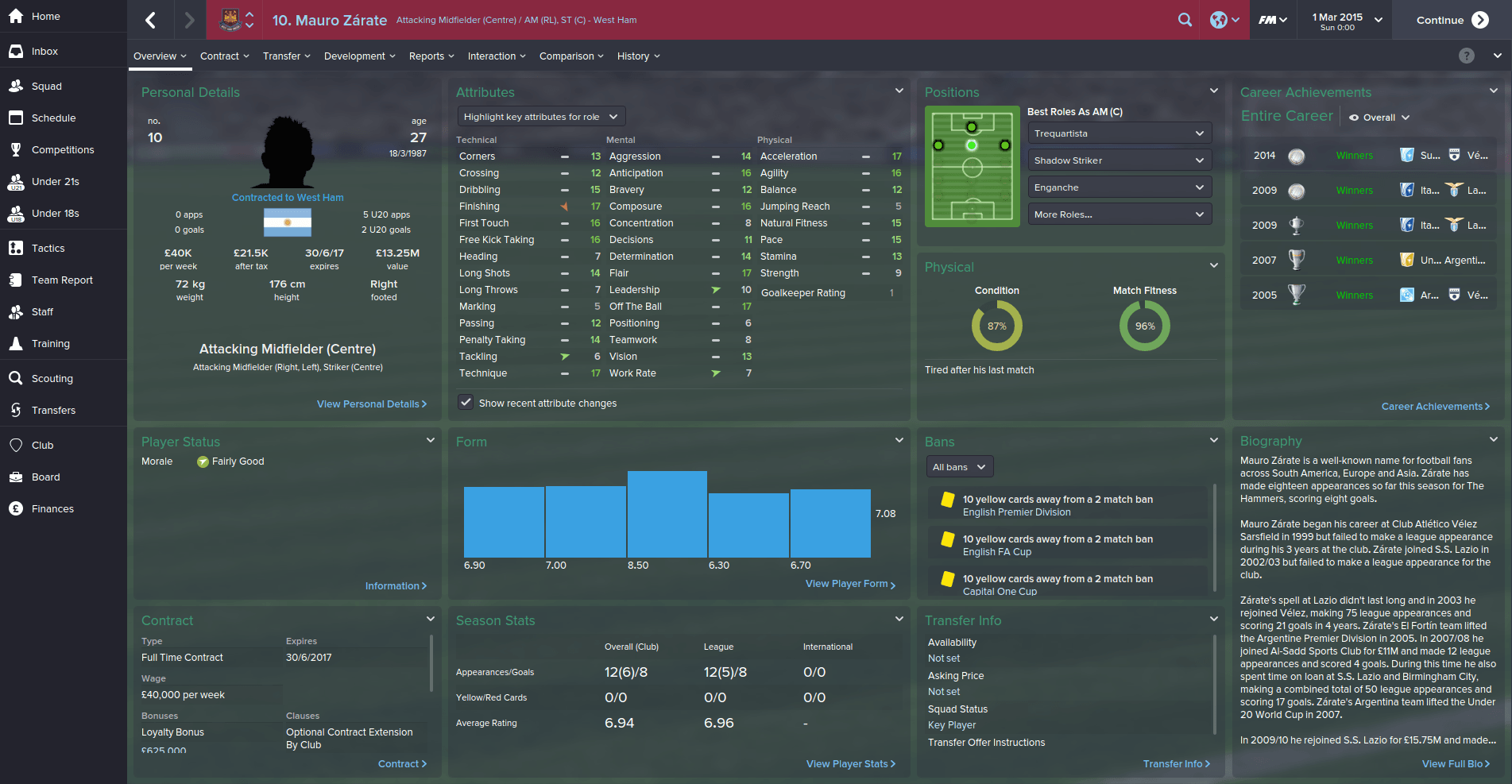 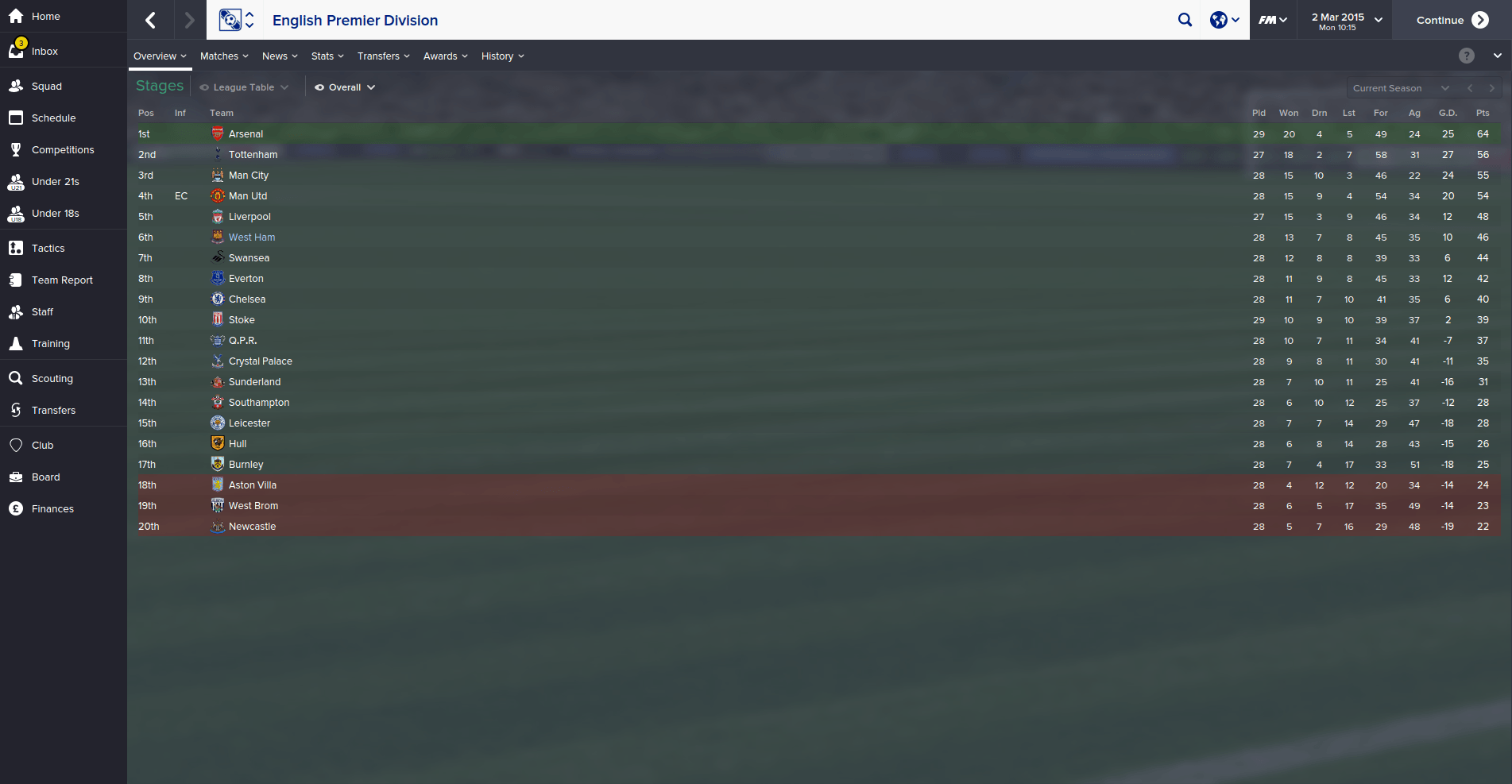 walkinshaw
5 years
The month would have been a complete loss if not for the win over United in what was going to be tough anyway against those teams. Still having a great season though and at least one of us got something out of Zarate.
Login to Quote

2014-11-14 13:12#199689 walkinshaw : The month would have been a complete loss if not for the win over United in what was going to be tough anyway against those teams. Still having a great season though and at least one of us got something out of Zarate.


Yeah I agree, thanks mate!
Login to Quote

Jonaldinho
5 years
Mixed results but a brilliant result against Man U.
Login to Quote


Exactly what I thought!