Icarus
7 years
You've been doing good don't worry about it, reinforce yourself and try to snatch some good portoguese youths from other clubs, I know there are some really interesting ones

BadWolf
7 years
Thanks mate! I'll try to focus on youth,my idea is to create financially stable team(Porto and Benfica style) so I can bring more expensive players. I don't want to spoil but you will see in next updates, we are getting better.
Login to Quote


After two very mixed months,crash in Europe and few draws in Portugal, light is green again at Estadio Jose Alvalade.Sporting managed to improve their game. Fans still believe in title, squad harmony is perfect and young "Lions" are progressing with every day...There was a problem with Joao Mario, he was wanted by few clubs, Sporting refused all offers by saying "All our money is coming from transfers but Joao Mario will be our front face in the future and potential captain of new generations..." After many conversations it was decided that Mario will get new improved contract.


Here you can see results.


Big Lisbon derby ended in draw, Sporting was underdog in that game but managed to dominate, win was denied by late goal. Nani is back from his injury and he is playing even better than before.More is to come.


(I'm still looking for my style,that is the reason if one update is written in different style than last one.)
Login to Quote

Bosola
7 years
will keep following , because you're a chelsea fan............and btw good stuff
Login to Quote

After solving problem with Joao Mario, new request were made by few other player, youngsters who became first team players want their contracts improved, president Mr.Carvalho managed to delay their request until season ends,he said "We don't have anything against improving contracts to players that deserve it but we are still not sure who will leave and who will stay..." Mr.Silva also said "Our squad harmony is perfect and I want to keep it that way but players need to understand our position, we need to think about every salary..."

Here you can see Nani posing for new commercial, this is part of sponsorship deal. 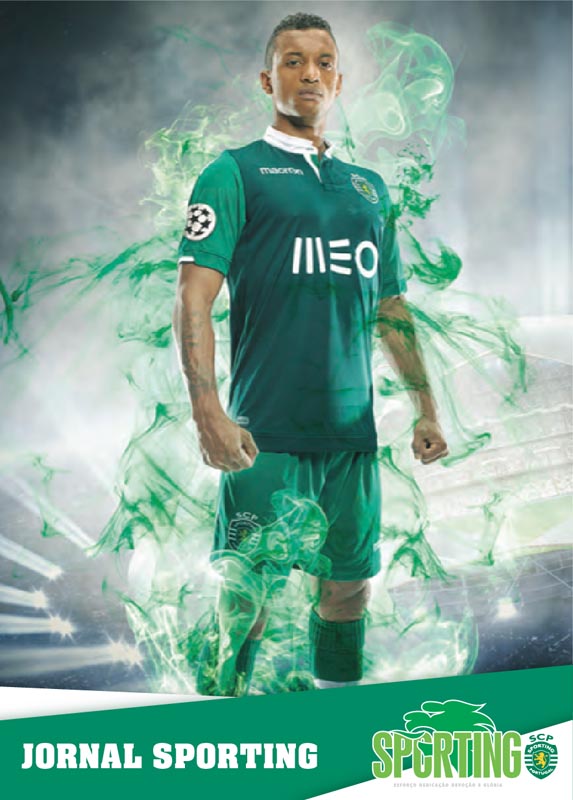 Results are getting better with every game, team is getting to know each other, there was a change it tactic and results show that, you can see them here:

In January Sporting signed few players,some of them joined as backup players ,some as first team players.

Some players went on loans because they were not please with amount of first team football they were getting. More is to come.
Login to Quote

Verdinho
7 years
Big month! Europe is always challenging in the first couple of seasons, especially with such a tough group, but you're doing really well in the league.

I'm quite shocked to see you loan out our main man Slimani and even Capel. With the wingers Sporting have, Slimani as a Target Man could make a big impact, or playing as a pair up top with Montero v weaker teams. Also, it'd be nice to see a league table.

Good luck for the second half of the season

BadWolf
7 years
I plan to post league table soon.Also,I'm not playing with wingers as wingers...My wingers are play makers and striker is trequartista so you see why Capel and Silmani were not so important, they both had first team contracts and I just simply had better players for roles I needed, letting them go on loan will keep them happy and value will not go down because they are playing. Montero is a beast as you can see, Nani on right side and youngster Gauld on left. If I played with standard wingers or inside forward then I would keep Capel but in this formation I really don't need those kind of skills he has. I hope I explained that good. And thanks for the comment.

After last month Sporting was sitting in second place, 3 points ahead of Porto, Benfica is unstoppable and keeps advantage they got in first few months. Last month "Lions" had great results, wining every game, they used opportunity Porto gave them by slipping in some games.

Young players are progressing and getting better with every day and every game, biggest improvement can be seen in next few players: Cedric, Jonathan Silva, William Carvalho, Federico Bravo, Simeon Slavchev, Ryan Gauld, Joao Mario and Carlos Mane...After Nani suffered second injury in this season Mane jumped in and played some amazing games, getting better at almost every aspect of his game.Matheus Pereira was moved from Sporting B to first team, he is showing quality and becoming promising player. Federico Bravo needed few games to adjust but now he is 100% ready, improving every game, 21 year old Argentinian was biggest transfer for Sporting this year ,payed 4.9M euro's.

Here are results for this month, its hard to be better than last month, but Sporting can manage!

Sporting got victory in intense 1-0 game of League Cup semi-final against Vit.Guimaraes and will play against Porto in the finals on neutral ground. Lions also managed to reach Taca de Portugal semi-final and will play against Benfica in two games. Reminder, Sporting is siting in second position 3 points in front of Porto, only major fall in Benfica form can bring hope of title back to Sporting, even after few fantastic months and there you can see there is still a big gap between Sporting and first place...More is to come.
Login to Quote

After few almost perfect months it was hard to keep it up for Sporting, injuries demolished first team squad as Nani still didn't recover from his long term injury, Mane and Gauld both missed almost every game we will show you today( 7 games). Last month we saw Lions get to Taca de Portugal semi-final where they will play against Benfica in two games and reached finals of League cup where they will face Porto on neutral grounds. Also Sporting was in second place, 3 points ahead of Port, second place would remove every doubt about Champions League also removing two games and giving Sporting easier start of the second season. So here are results that will show you what Sporting managed to do fighting on three fronts.We will be leaving League Cup finals will be shown in special episode but you will be able to see result here.

PORTO 1 - 2 SPORTING (more about the game in next post)

As you can see Sporting was defeated for the first time against Academica on 8.3.2015, they were undefeated from the start of the league. Porto used three defeats Lions suffered to remove them from second position, Sporting is now on 3 position six points behind Porto. Benfica can lose the title only if miracle happens. There are still four games to be played ,hope remains that Sporting can manage to be second and secure Champions League without qualifications. Sporting also didn't manage to win against Benfica and go to the finals, in first game victory was denied by late goal and in second Lions didn't have their best game. But victory and trophy in League Cup against Porto proved that Sporting is doing something good. First trophy for Mr.Silva ,good start of a new dream, good start for Green Revolution!
Login to Quote

Tallery
7 years
Unlucky couple of losses there, if you want to be a top club in portugal, you need to win the games against Benfica
Login to Quote

As promised, we give you special analysis of League Cup finals against Porto. Game was played on Estadio da Luz (Benfica grounds), 65,647 fans witnessed this game, on 25th of April 2015 ,game started at 19:45.It started good for Lions, Cedric scored for 1 - 0 in second minute but Sporting couldn't keep their advantage and only three minutes after Otavio scored for 1 - 1. In 33 minute stadium exploded after Fredy Montero scored for 2 - 1, after his goal Porto manage to get back control of the match but Sporting still attacked from counter's and had few chances to end this match, in 82 minute Rui Patricio goes one on one against Martinez and saves! Game ended in 2 - 1 victory for Sporting and their first trophy under new manager. First eleven who started the match were: Rui Patricio, Cedric, Marchelo, William Carvalho, Jonathan Silva, Andre Martins, Federico Bravo, Joao Mario, Andre Carrillo, Matheus Pereira and Fredy Montero. Fredy Montero also picked Man of the Match award. Mane was injured on right wing and Gauld on left wing, they both missed finals. 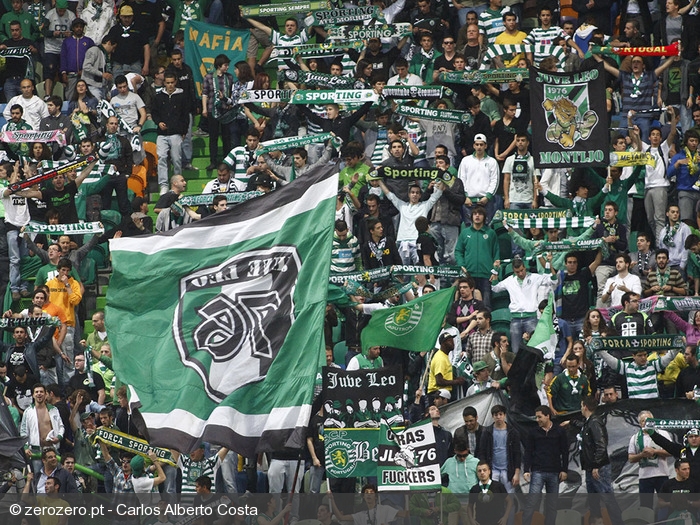 Here you can see rest of the games, season is now closed.

Sporting finished their league campaign in 3rd place and will play qualifications for Champions League next season. In Taca de Portugal Lions were defeated in semi-finals but won in League Cup finals against Porto. More is to come.
Login to Quote

New season started with summer filed with transfer rumors, William Carvalho (23) was wanted by few clubs, president declined them all, biggest offer came from Roma who offered 10m. Joao Mario (22) was also wanted, biggest offer came from Milan who offered 6.5M, it was also declined. Rui Patricio (26) and Cedric (23) were also wanted but Sporting refused to sell, in the end they managed to earn money but keep their best players, in times like this where you need to sell in order to survive Sporting did fantastic job! Still, a lot of player's left, some went to get first team football, others were sold for good money. New faces also came to Lion pack. As you will see in next picture big crowed showed up to see presentation of their new team.

A lot of sold players returned from loans and didn't find their place in the squad, that is the reason for list this big. Mr.Silva was offered new contract with Sporting CP and wage of 20k p/w but he asked for wage of only 6k p/w because he didn't want club to spend so much money on him. Now for one big news, Sporting again didn't have luck in draw for Champions League, last year they got hardest group now they got hardest team, they are going to play against Liverpool in qualifications. First game is at home, second game is away. More is to come.
Login to Quote

CAN TAARABT CARRY ALL PRESSURE PUTT ON HIS BACK!?
http://www.africatopsports.com/wp-content/uploads/2014/09/Adel-Taarabt.jpg

Adel Taarabt was biggest transfer for Sporting this year, he was brought as a man who can decide games and win titles. Q.P.R. didn't want him in their squad so Mr.Silva used chance and got him for only 3M, at the moment Adel is worth 6.5M. After playing only five games for his former club last year he thanked Sporting for this chance they gave him. We all hope he can adjust and perform good for Lions, it will help him and his team, bringing his name back up and showing everyone he is a good player!

Lions will have hard and busy start of the year, playing qualifications for Champions League against Liverpool wont make it any easier.
Login to Quote