I think it turned out pretty well

Jonaldinho
5 years
The new logo/kits are beautiful!
Login to Quote 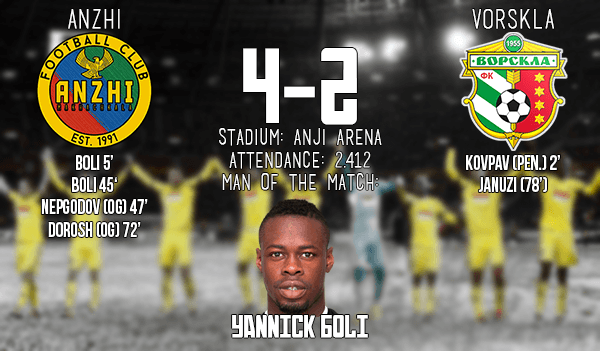 The first match with new manager Alex Mirche in charge was a home match against Ukrainian Premier League team Vorskla. Mirche got off to the worst start possible, when his team conceded a penalty in the second minute. Kovpak then gave his team a very early lead. But then Yannick Boli stepped up, scoring two goals in the first half, and Anji went into half-time with a very deserved lead. In the second half, Anji controlled the match as well, and through two own goals, the home team took a comfortable 4-1 lead. Januzi scored a goal for Vorskla in the 78th minute, but it was only a consolidation goal. 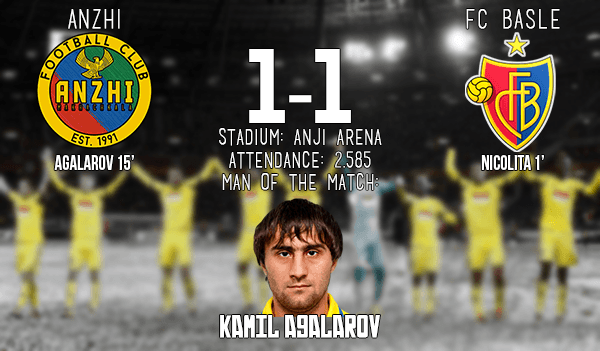 In Anji’s second game of the pre-season, they faced Swiss champions FC Basle. Anji again got off to the worst start possible: Banel Nicolita scored after only 46 seconds. But, like against Vorskla, Anji came back and managed to equalise in the 15th minute. After that, no more goals were scored, and the match ended in a 1-1 draw. This is, for a team like Anji, a really good result, and it’ll give their fans a lot of hope that they can mount a real title challenge this year in the Russian First Division. 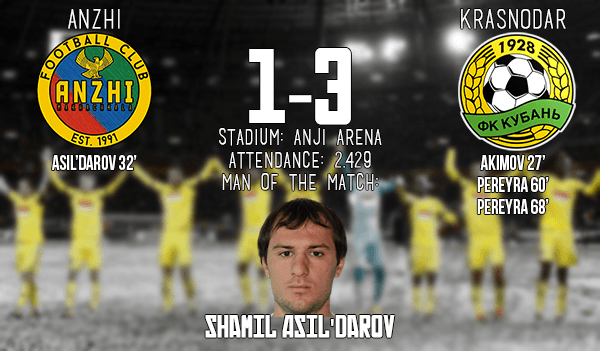 The last friendly Mirche had to prepare his team before the kick-off of the season, was a tricky home match against Russian Premier Division team FC Krasnodar. Before the match, Mirche told the press that a loss wouldn’t be necessarily bad, but the performance had to be good. That is exactly what happened, as Anji lost 3-1, but had more possession, shots, and generally looked much more dangerous than their opponents. This loss will have been hopeful for Mirche, as he only needs to work on his teams finishing, because if they can finish more of the chances they create, they’ll be heavy favourites for the title. 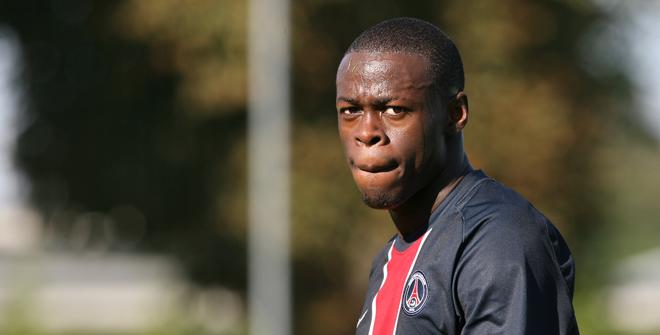 Former PSG player Yannick Boli has impressed so far. The natural striker, who has been made to play on the right wing, has scored two goals in three appearances so far. He has also given one assist.
Login to Quote

Icarus
5 years
I love the update style man, although those russian names are f***in' hard to read!!! lol
Login to Quote

Anji: Promising Start to the Season 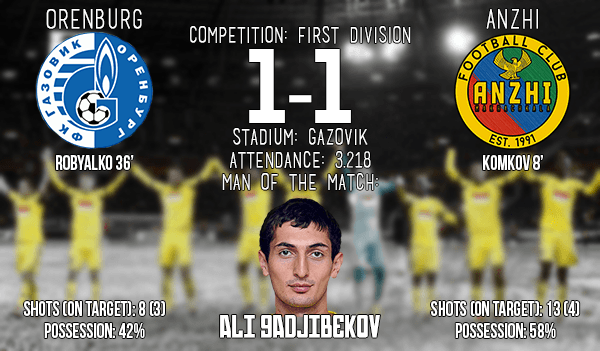 Mirche started the season with a relatively easy game, away against Gazovik Orenburg. A team who were in the Second Division only two seasons ago. Anji got off to a very good start, when left winger Mikhail Komkov scored for the visitors after only eight minutes. Orenburg quickly picked themselves up again though, and scored in the 36th minute. Anji went on to dominate the game, but a breakthrough wasn’t forced, and the Dagestan outfit began their campaign with a disappointing result. 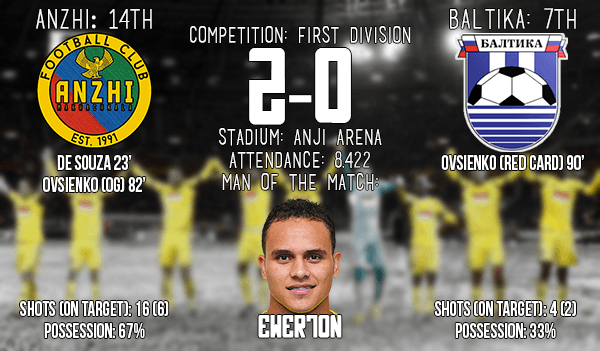 In the second game, Anji needed a win, because another draw would see them slip into the danger zone. On the other hand, a win would propel them into 4th. Mirche clearly seemed to have motivated his team well, because the home side dominated, and Leandro de Souza scored the opener in the 23rd minute. After that, not a lot happened, until Ovsienko scored an own goal in the 82nd minute to give Anji a comfortable 2-0 lead. Ovsienko’s day got even worse in the 90th minute, when he got sent off by referee Smirnov. The match finished 2-0, and Anji got their first competitive win under Alex Mirche. 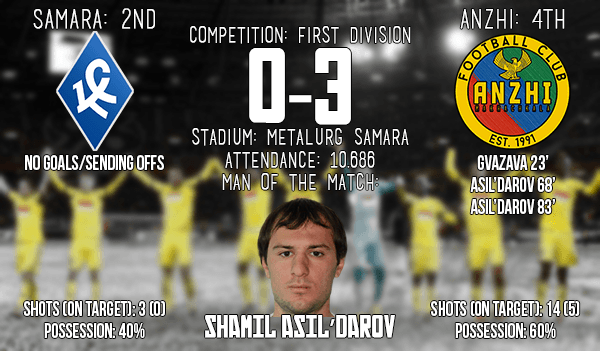 Recently relegated Krylja Sovetov Samara were Anji’s opponents in the third match of the season. This away game was the first real test for Anji, as Krylja had often been tipped as promotion favourites in the build-up to the season. But, Anji upset all odds, and completely destroyed Krylja. The home team didn’t produce a single shot on target, while the away side scored three goals. The first one was undoubtedly the best goal of the day, as Levan Gvazava tucked away a free-kick from almost 25 metres out. Shamil Asil’darov scored the other two goals, deciding the final score on 3-0 for Anji, a spectacular victory. 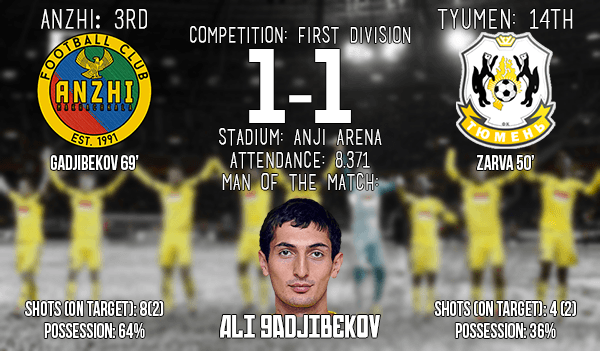 It seemed Anji were starting to pick up some real momentum, as their last two games were very impressive, performance-wise and result-wise. This is why the fans were very confident their team would record an easy win against recently promoted Tyumen. But, Galkin’s side had other ideas, and the away outfit even took the lead in the 50th minute. However, Gadjibekov equalised after 69 minutes, and Anji kept their unbeaten status, as the match finished 1-1. 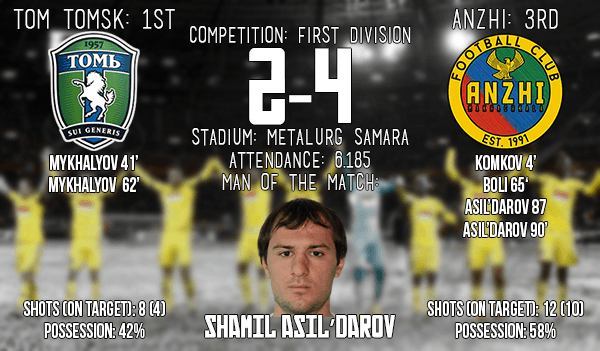 In the last game of July, Anji faced relegated Tom Tomsk, who were first before the match, in an away game. A win in the Trud Arena would see Anji go top, while a loss would see them drop down into 8th. Anji manager Mirche was confident before the match, claiming that if his side played their usual game, a win could be on the cards. The away team got off to a flyer, when Komkov scored after only four minutes. Tom Tomsk then ruined Mirche’s half-time team talk, as they scored in the 41st minute, making the score at half-time 1-1.

In the second half, Anji continued dominating the match, but it was the home team that scored through another Mykhaylov goal, in the 62nd minute. Anji equalised only three minutes later 65 minutes, to make it 2-2. In-form striker Asil’darov then decided the match in Anji’s favour with two late goals, making it 4-2 to Anji in the end. Mirche’s side went top with this victory, and the manager was very pleased with his first month in charge, remarking that the team played very well in every game. 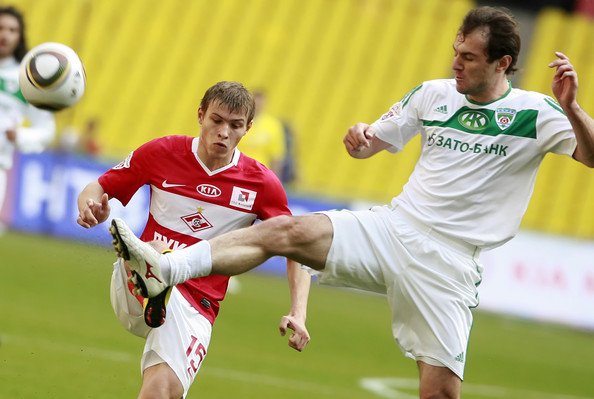 Striker Shamil Asil’darov has scored four goals in his first five games of the season, making him Anji’s top scorer. He has scored two braces, including a match-deciding brace against Tom Tomsk, where his team won 4-2.
Login to Quote

Tallery
5 years
Another great group of results
Login to Quote

Icarus
5 years
Wow, these updates must take you hours... Unless you're some kind of Photoshop guru (which you probably are) lol.

bloto5
5 years
Great start mate, I was waiting for this update!! Cheers!
Login to Quote

The 510 Series
5 years
Another great update with some more stunning graphics! Take a bow, son!

HenryFM
5 years
I'm 4 years into an Anzhi save, interesting to see how you get on!
Login to Quote

You are reading "The Curious Case of Anji Makhachkala".