Walter
5 years
Tighten up that defense and I reckon you could've made a push for the title. Anyhow, a fantastic season. Promotion secured but now time to lock horns with the ... err, bigger boys in the Championship!

(Not quite the big boys of the PL)
Login to Quote

Feliks
5 years
Walter My mentality is that I don't mind how many goals we concede, as long as we score more

Neal
5 years
Fantastic season! Your defense is in absolute shambles, but it's great to see you'll be going up next season! What are your plans for trying to keep your loans?
Login to Quote

Feliks
5 years
Neal Well with the added funds of playing in the Championship, I'm hopinh to have enough to buy a couple of them, probably not James Wilson or Ryan McLaughlin but Garbutt and Lingard are pretty achievable in my opinion.

Cappy Thanks mate, and yes, that would be a marvelous plan as I've taken a real liking to them.

Maximus Cheers Max, promotion was great to achieve and hopefully we can back it up with a solid first season in the Championship!
Login to Quote


Hey guys, it's been a while since I updated and that is in fact because I have a storyline update to do next. However, I'm not really feeling up to it so for the time being (most likely this season only) there will be no storyline, just FM. However, don't worry. You will eventually find out who is trying to kill Heskey, what the Liverpool chairman wants with Owen and what the hell O'Neill is doing. But for now, it's all about FM.
Login to Quote

Fresh from promotion, Leyton Orient looked ahead to this landmark of seasons - the first in the Championship for over 30 years. Despite having a superb squad for the Sky Bet League 1, Leyton definitely needed some new faces if they were to have any chance of staying up.


The most vital part of the pre-season (indeed friendlies were left to the command of assistant manager Kevin Nugent) was definitely transfers, and Leyton need a big overhaul. First up, let's have a look at who left the club.

The big move of the window was defensive midfielder Romain Vincelot, with the Frenchman under continued interest from various Ligue 1 clubs and eventually making a £1 million move to Stade Rennais. Leaving at the conclusion of their contracts were right back Elliott Omozusi and striker Shaun Batt, with the pair eventually wounding up at Preston and Dag & Red respectively. 3 youth players also left as they became too old to be in the youth squads yet not good enough for the first team. Then, Leyton managed to get decent money in for 2 deadwood players, with David Mooney leaving to Chesterfield for £60,000 and Gary Woods switching to Nottingham Forest for £81,000.

So, now it's time to see what Leyton needed to address and who they brought in as a result.

First, we managed to pull off 2 great buys, with Jesse Lingard and Luke Garbutt joining on permanent deals after being on loan last year. Lingard cost a small fortune for us, £600,000, but is a quality player either in central midfield or on a left wing. Luke Garbutt on the other hand was an absolute bargain at just £29,000. Everton deemed his unnecessary and we picked up the left back for practically nothing.

Ageing Italian defender Marco Materazzi was signed as well, coming on as a player/manager in charge of the Under 21s. Despite his advanced age, he is still a decent player at this level and although he will probably spend the majority of the season simply managing, he is good depth.

With Darius Henderson not getting any younger, we needed a powerful Target Man to head our team. The man I was looking for was Matt Smith, surplus to requirements at Fulham but perfect for me. A giant of a man, with one of the best heading abilities around but a lack of speed, Smith was to be my new target man for a fee of £325,000.

We were also in need of 2 quality ball winning midfielders, with Vincelot being sold and Marvin Bartley simply not up to the grade. Our first man was another Premier League deadweight in Chris Herd, who Aston Villa parted with for a mere £13,500. Then, we got our back up with Millwall agreeing to a season long loan deal for Nadjim Abdou. Where Herd is a more rounded BWM, Abdou is a no frills player who simply gets the job done defensively.

Leyton then made good use of their link with Liverpool, bringing in 2 new faces on free loans from the Merseyside club. Andre Wisdom was the first of the pair, able to act as a right back and a central defender and possessing the ability for both at this level. Then they brought in the young Welshman Harry Wilson as cover on both wings. The pair will be in and out of first team action all season and a real boost to squad depth.

Then finally, after having bought half of the Leyton Loanee Four, we renewed the other half. Right back Ryan McLaughlin returned to the club to continue his role as first team right back in Leyton's attacking formation. The other returning player was one of the fan favourites, the messiah, reigning League 1 Player Of The Year, James Wilson. The explosive striker returns to the club looking to improve on his wonderful previous season a division up, and will be crucial to Leyton's plans.

Leyton had a lengthy fixture list for pre-season to really get morale and fitness up. Starting with some non-league clubs, they eventually moved onto Football League clubs and finished pre-season with an impressive 10-0-1 record, interrupted only by a loss in their last game to Millwall. The O's managed an awe-inspiring win over Championship rivals Brentford, beating them 8-2, whilst also beating Charlton 2-1 in another Championship clash. James Wilson was the star of pre-season with 16 goals whilst new recruit Harry Wilson also impressed. 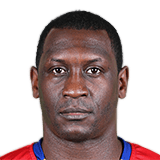 A good preseason from the boys, on the pitch we really got into a good mood for the season ahead and off the pitch we assembled a formidable squad. Players like Luke Garbutt and Jesse Lingard are marvelous captures for the club and it should be great to see them play for us permanently. I really think we have the capability to stay up and make a stand this season, so keep watching out for London's forgotten club, Leyton Orient.
Login to Quote

LFC
5 years
Some very good results in those friendlies and some great signings too, for great fees! I've got a soft spot for the Batt brothers, however, so I'm a bit disappointed you let him leave

Walter
5 years
That is one fricking long preseason. However you had a highly successful one and if your players aren't dead already they'll have lots of confidence

TheLuckOfTheIrish
5 years
I've been keeping tabs on this story and I absolutely love it! One of my personal favourites… Sorry for being a silent reader up until now

Justice
5 years
Good signings but so many games

pompeyblue
5 years
Great to see you get back last seasons impressive loanees and add to them with some other good signings; Matt Smith particularly, is a player I like. A great update, but more importantly, exciting times for Orient!
Login to Quote