ShotShySheriff
7 years • Edited
Uploaded this 3 times now to the tactics section and does get approved. Not doing again so ill just put it here so that its not a waste of effort.

Video Explaining all of the below.


Firstly, id like to point out that it should not be too difficult to create a tactic for a top team. My intention was not to do so, just panned out this way whilst doing some software testing.


My whole entire ethos behind this tactic was that I want to occupy the areas of the pitch where most default player positions are available. Take a look at the image below and you will see that 20 out of the default 25 positions are obviously in two thirds of the pitch. This is obviously just basic common sense. 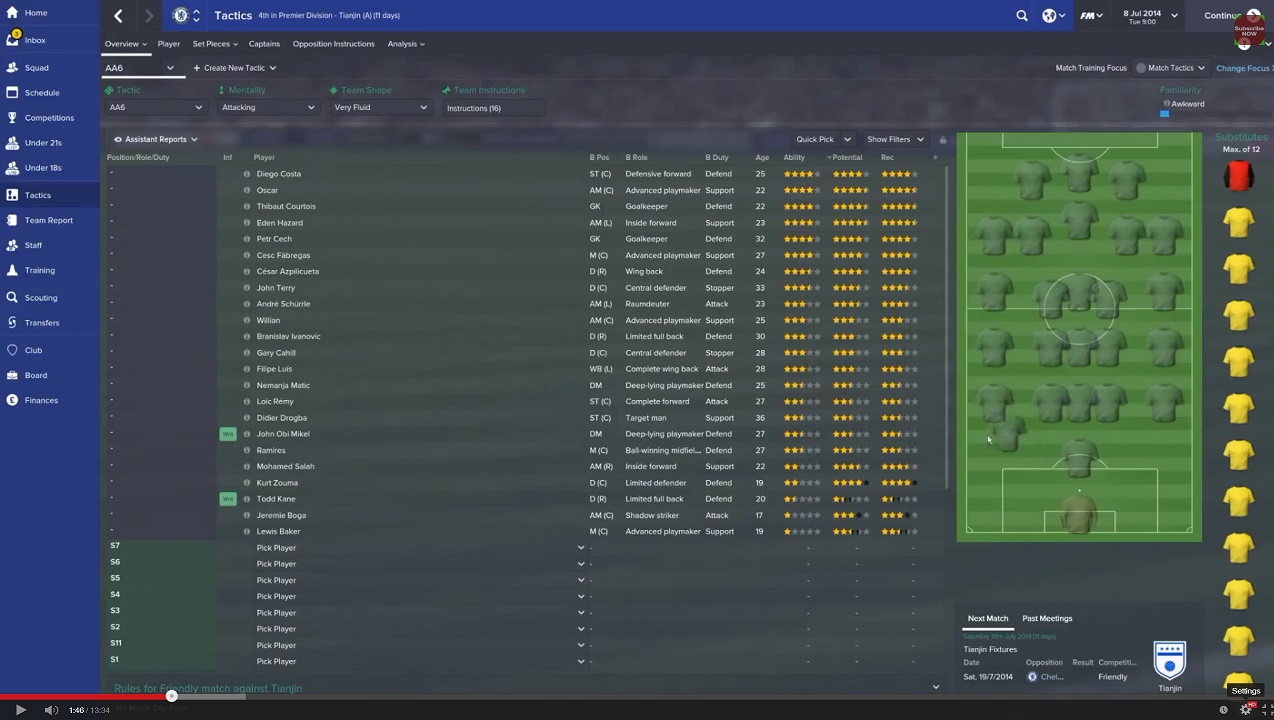 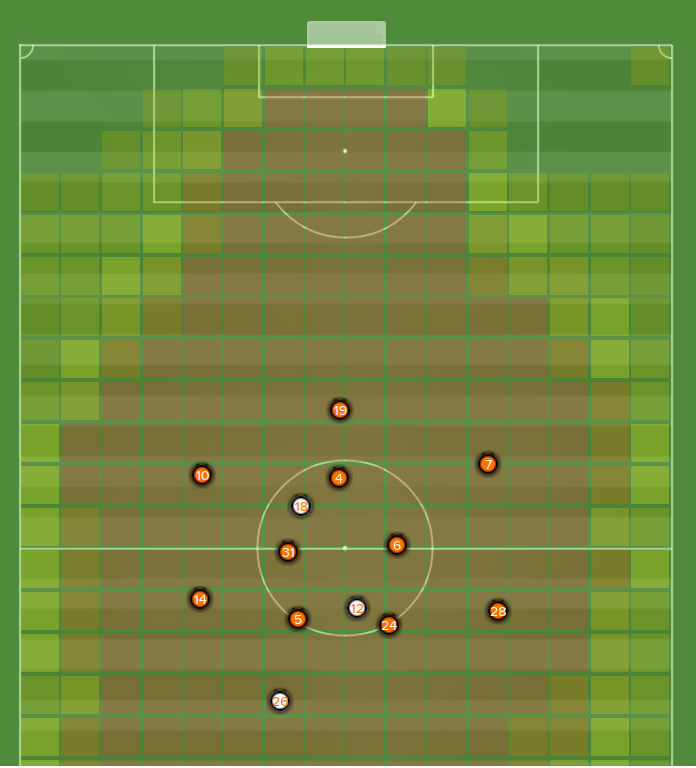 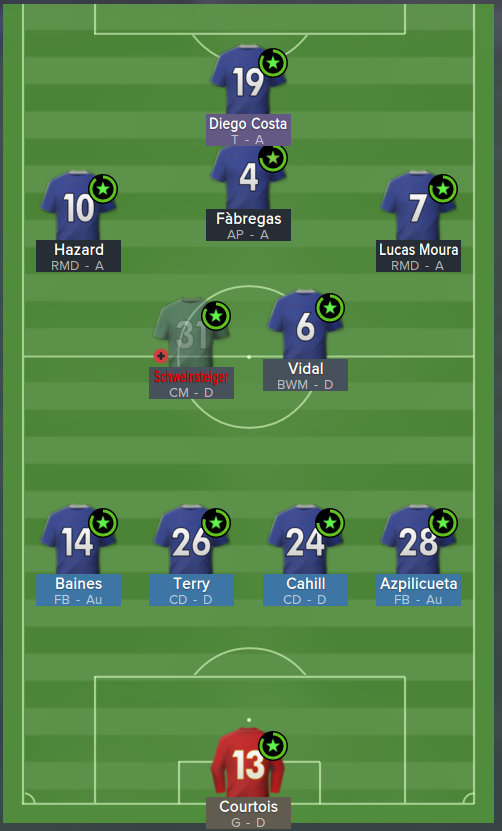 Here are the team instructions. 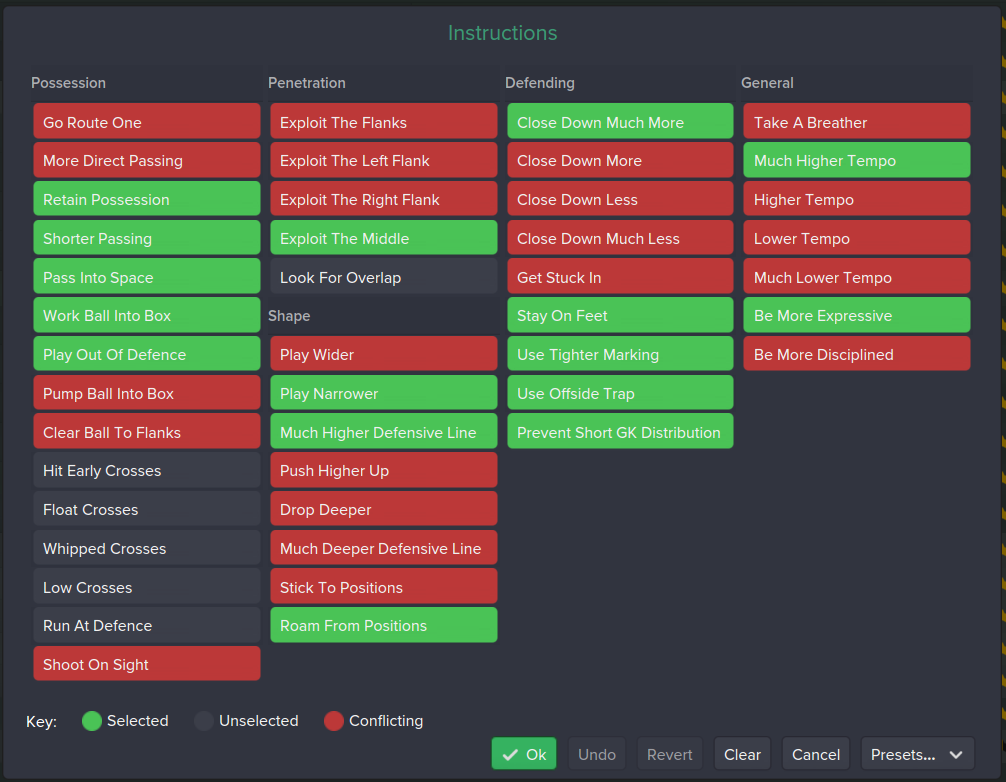 The season is still on going with my Youtube walkthrough but here are screen shots of the results to date. 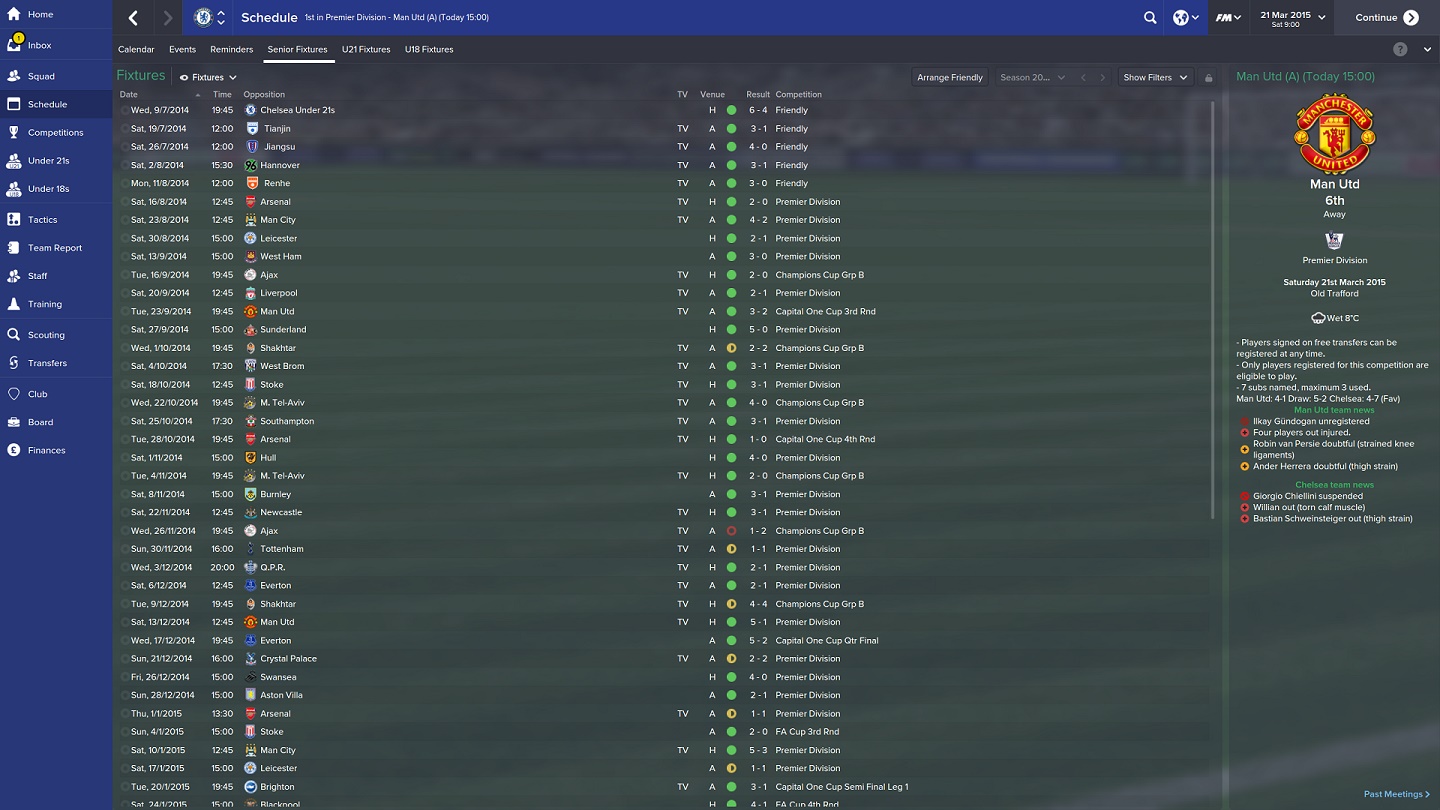 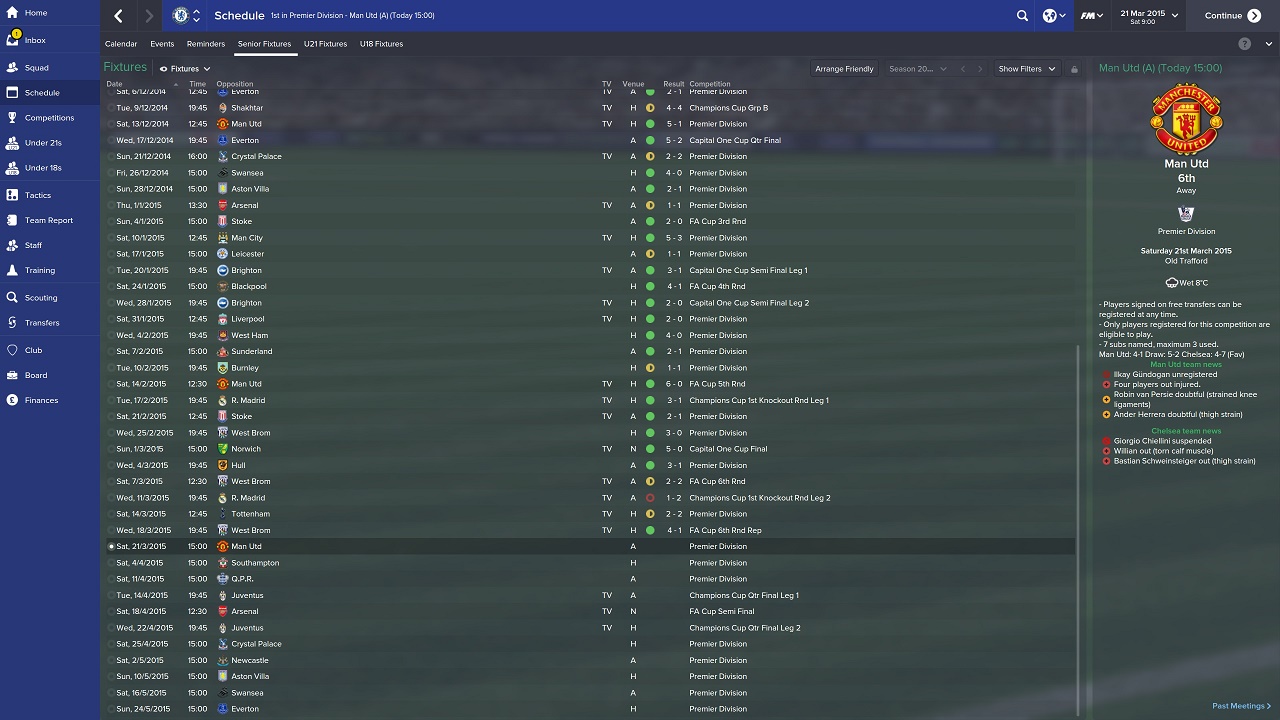 Ziechael
7 years
Great tactic and explanation. Never get too down on waiting on approval, poor Stam has practically been doing it ALL himself as well as caring for a new born(ish) baby. Your tactic will get looked at and approved but just have a bit of patience while new staff get used to their roles in supporting Stam with the site.

That being said, contributions like this are what this site is all about so please keep them coming. Feel free to mail me direct if you have a submission you want looking at and i'll see if i can fast track it a bit... if only for Stam's sanity

ShotShySheriff
7 years
Thanks for the reply. I can see the tactic has been approved and is in the fm 15 tactic downloads sections.

Thanks again.
Login to Quote

You are reading "Chelsea (or top team) Tactic".